“No More Teachers” – Part one 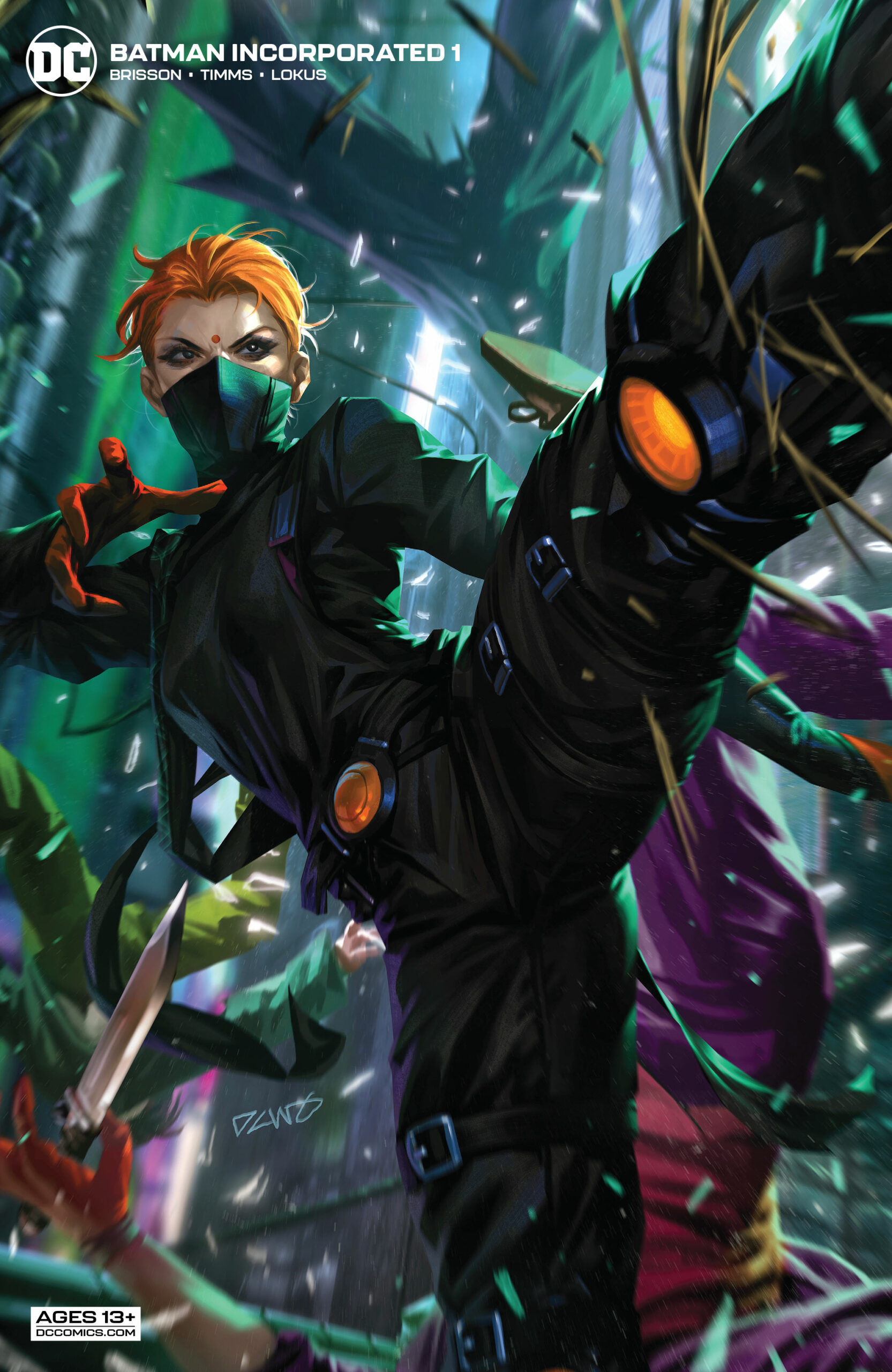 Batman Incorporated #1 has been paid for by the generous donations of Ghost-Maker. Thanks to his skill, talent, and generosity… there have been a string of murders?!?

Ghosts Of The Past

Here we are, this story has been built up for quite some time, and I’m talking years. So here’s a brief history lesson for those of you who need a refresher. Batman Incorporated was established when Bruce Wayne felt that Batman needed to protect more than just Gotham. The world needed a Global network of  Batmen to fight crime, team up when needed, and, most importantly, be well-funded. 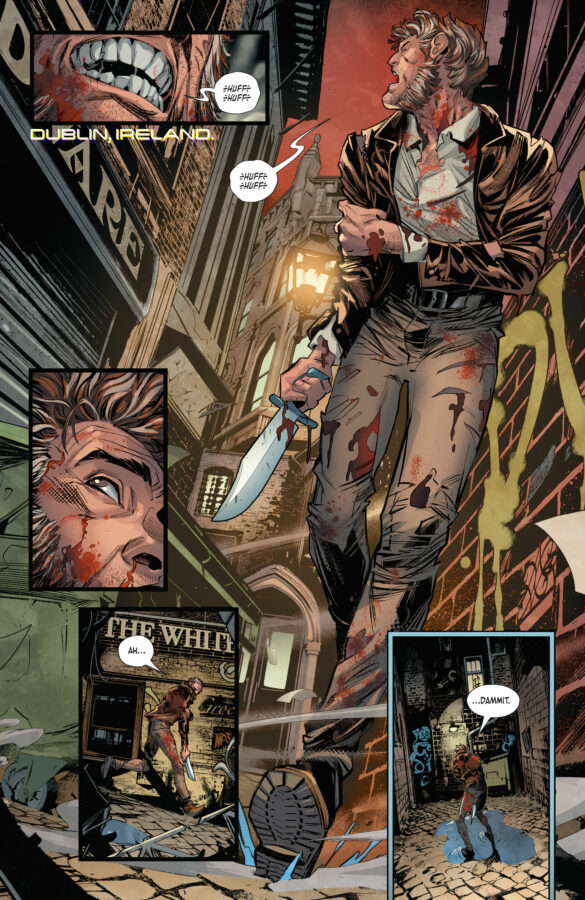 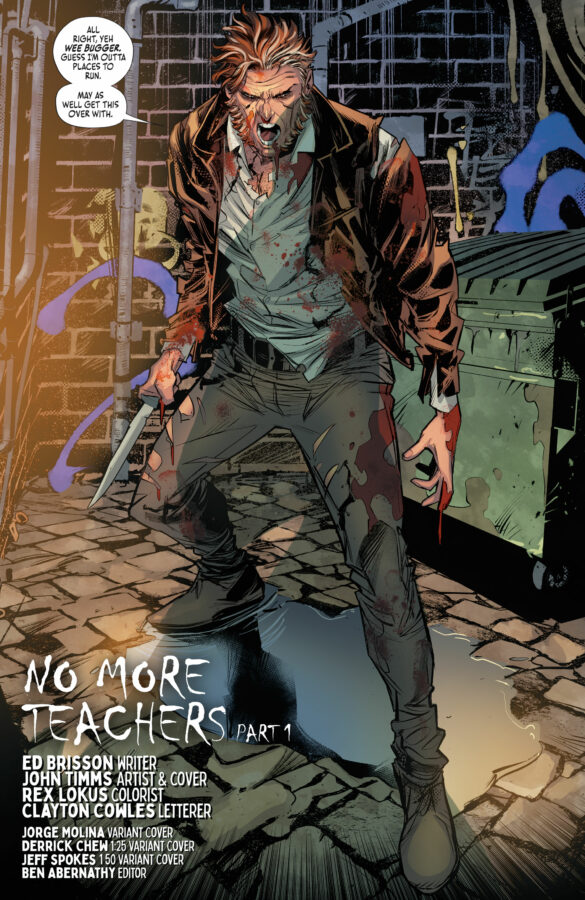 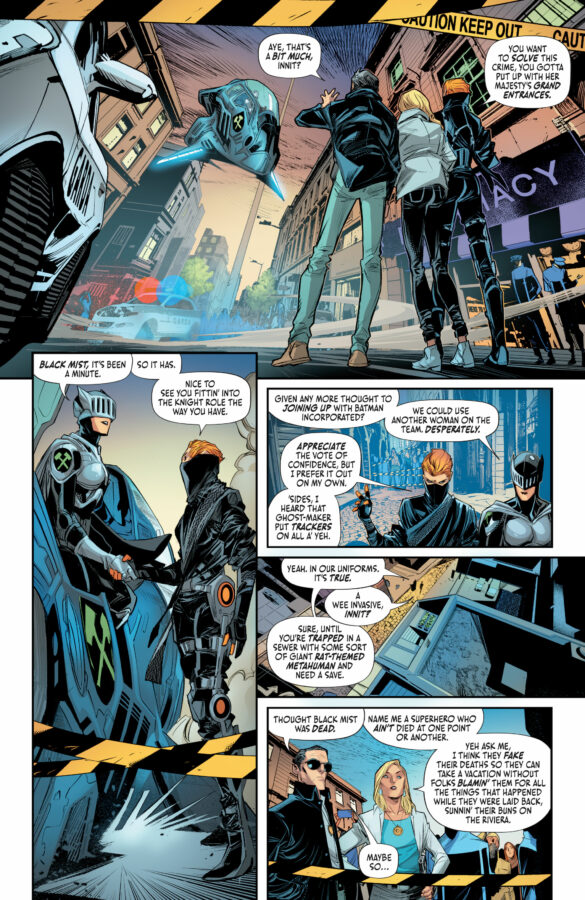 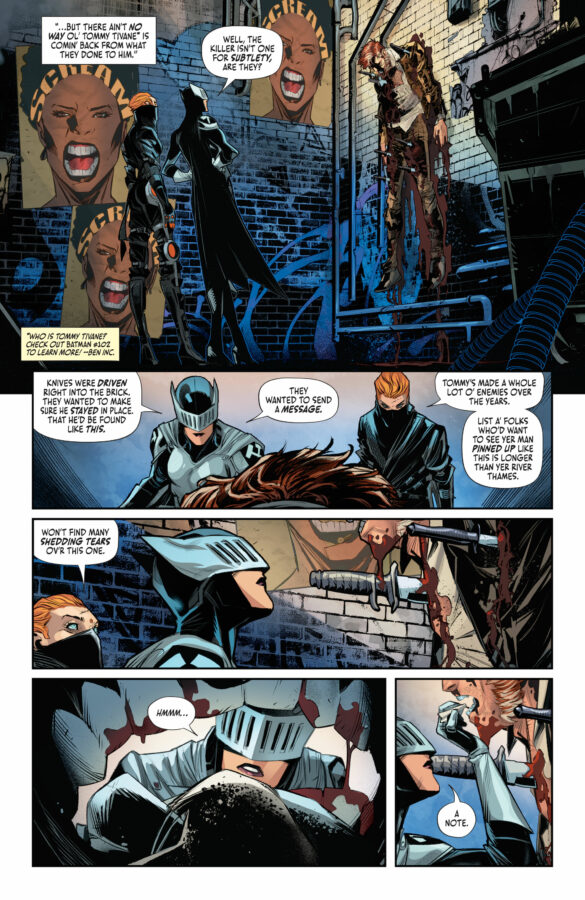 This was all way back in 2010, following the events of “Batman RIP” and “Final Crisis”. So Bruce was feeling pretty insecure after being driven mad and eventually “killed” (in reality, sent hurtling through time).

Let’s turn the clocks forward to early this year. Lex Luthor, that vile villain, was experimenting on people, and he himself had tried to buy (in a way) Batman Inc’s loyalties since Bruce is now on a budget. There was a string of attacks, a twist, a betrayal, and we eventually ended up with Batman telling his super-rich, almost as well-trained, international crime-fighting frenemy, Ghost-Maker, that he wanted him to lead Batman Incorporated.

There’s Been A Murder!

Our story starts with the brutal murder of one of the world’s deadliest men with a blade. Not the nicest drunk Irishman,  Tommy Tivane was one of Batman and Ghost-Maker’s teachers when they were both young and undergoing the Global Tour of crime fighting.

This is a great setup for the book, as a person they and we the audience vaguely know, is killed, in a part of the world that’s close enough to a member of Batman Inc. Someone who wouldn’t go down without a fight. Who you gonna call?

From here we see Team A and Team B (established recently in Batman Annual 2022) of Batman Incorporated dividing and conquering to try and solve the murder AND prevent the next. These teams were divided into Junior (that deal with local jurisdiction) and Senior (that manages international-level threats). Someone’s on the hunt for Bats/Ghost-Maker’s teachers. The most likely suspect… Ghost-Maker himself.

The fact that this character has a no-fun attitude and brutal honesty is great to read. When leading a team of colorful international Batmen and Women, who all think they are the best of the best, the one thing you need is confidence. Splitting the team into first and second-stringers really gets to some of them. Batman Japan feels like a failure, El Gaucho thinks he should be leading the team, and, worst of all, someone gave Clown Hunter a new suit and let him keep his mad helmet. 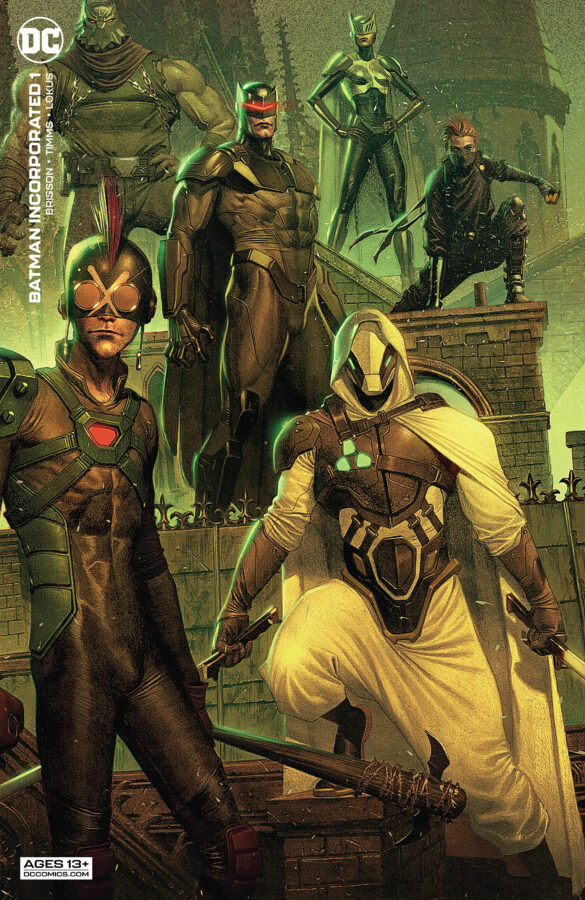 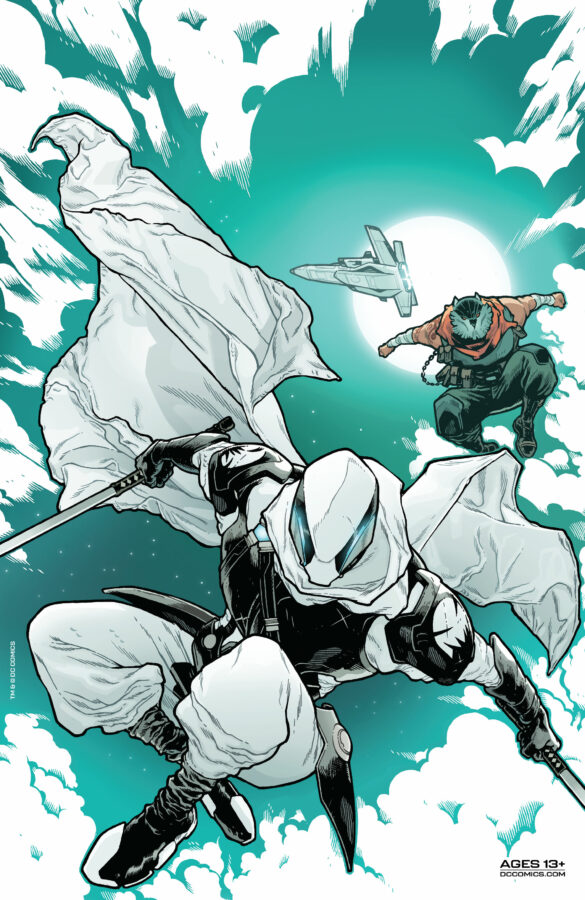 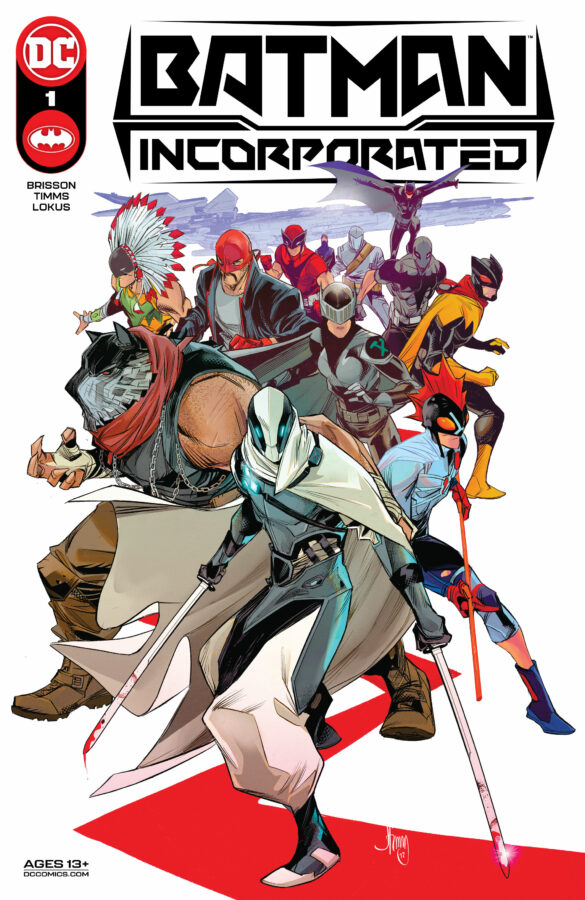 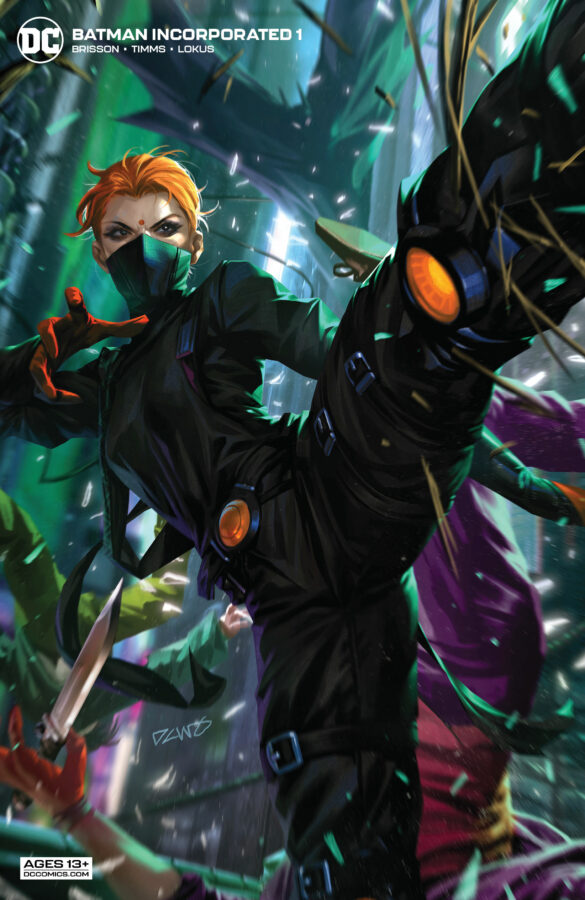 With so many characters involved, and not all of them having a big fan base, I’m sure we’ll shed some tears through this series. The writing on the first issue was very good, for a new series that takes a lot from past stories, it still felt fresh, yet loyal to the source material. The art was great, as the issue really showed speed, anger, violence, and at times sadness. This title’s going to be an interesting one.

Ghost-Maker… I mean, Batman Incorporated #1 Was a great start, I hope that we get to see all of these characters develop, although I’m sure we’re in for a clash of egos.

Who will be the first member to quit or die? Stick around to find out!