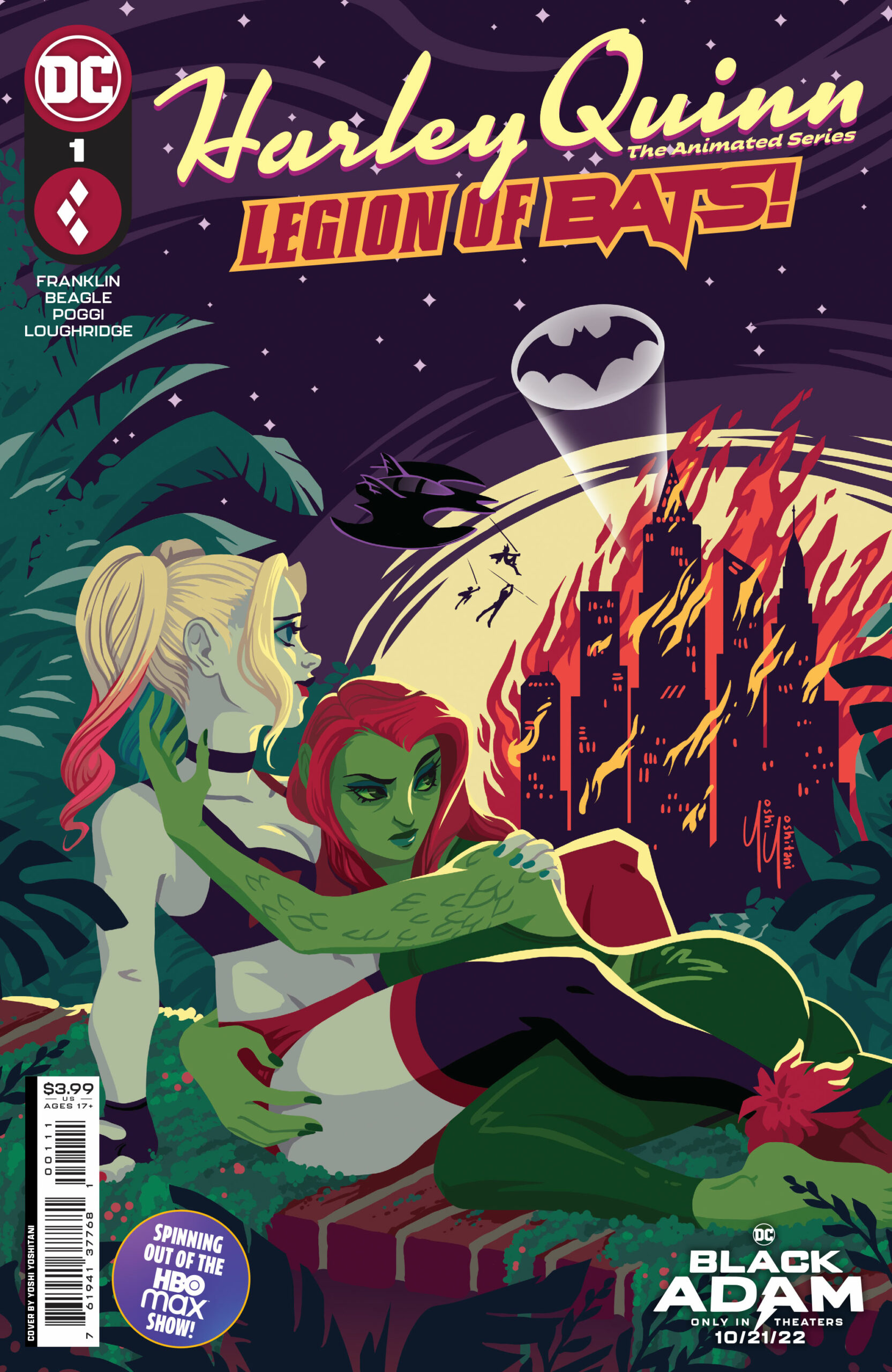 However, another journey for her is beginning and while it’s a familiar one, it’s not one we’ve seen played out in this particular way. So, let’s dive into the issue and see what awaits us.

A Thing Of Booty

We join Harley as she’s fighting alongside the Bat Famil. Bruce Wayne’s in jail and Harley’s taken the junior partners under her wing. Batgirl, Robin, and Nightwing all find themselves side by side with Harley as she finds herself in a fight with Bane after trying to save poor Jason Todd from what looks like a certain demise. It also doesn’t help that Jay’s on Bane’s bucket list, the only item left in fact, before he leaves Gotham. Harley has even more troubles, as she also struggles to be seen as a hero and hides just how involved she is from Poison Ivy. 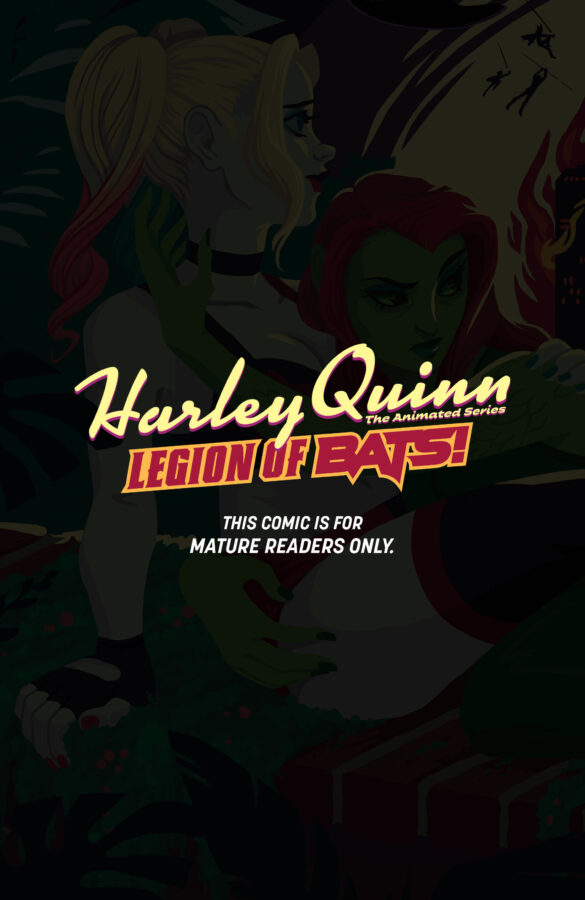 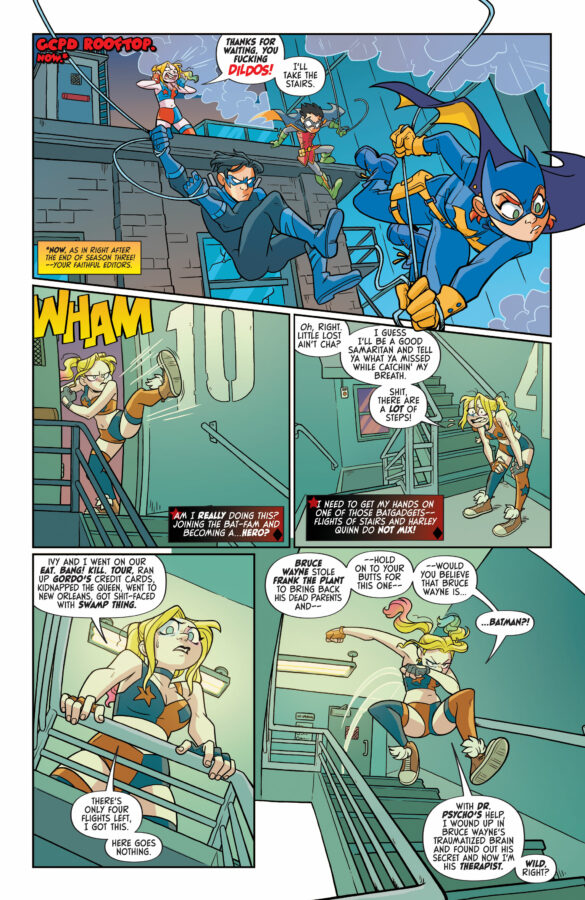 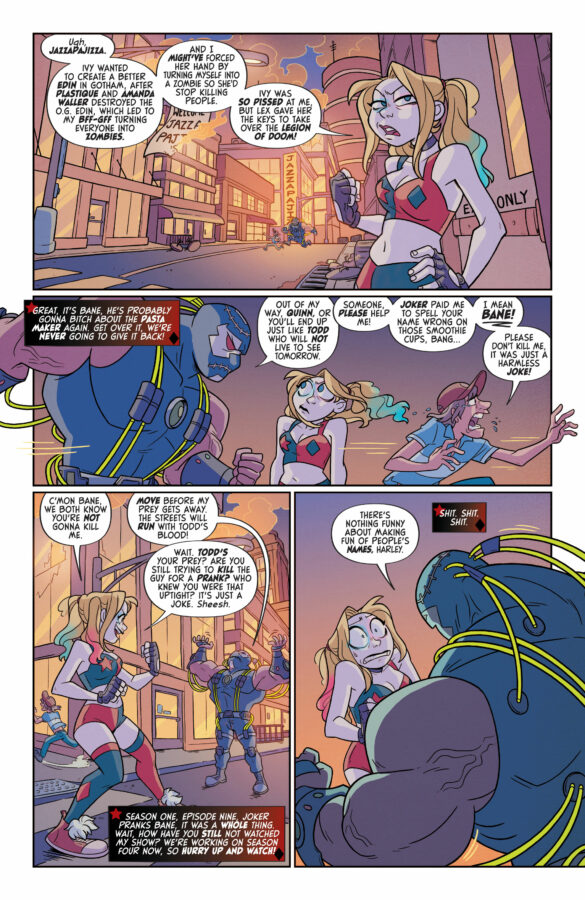 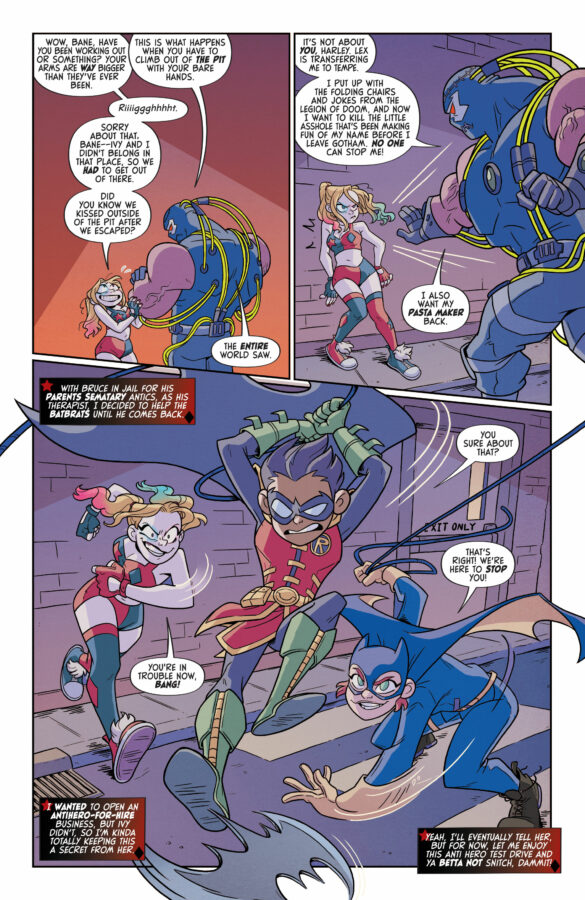 Ivy has struggles of her own after the events that unfolded in Season 3 and we find her angry and upset with how to move forward now that Lex Luthor’s handing the keys to the kingdom over to her as the new leader of the Legion of Doom. She knows of Harley’s crime-fighting plans but worries about how their relationship can last if they’re walking down opposite paths and being drawn toward different ends of the spectrum.

For Mature Audiences Only

Do you ever question your maturity? Because the opening line alone made me giggle so hard I had to pause and wonder if I was old enough to be reading this book. I mean it was gonna happen anyway so I guess it was a useless ponder, but still. Tee Franklin and the rest of the team have done justice to the TV series by bringing, not only these classic versions of the characters into the book, but I dare say the TV personalities are still there as well. 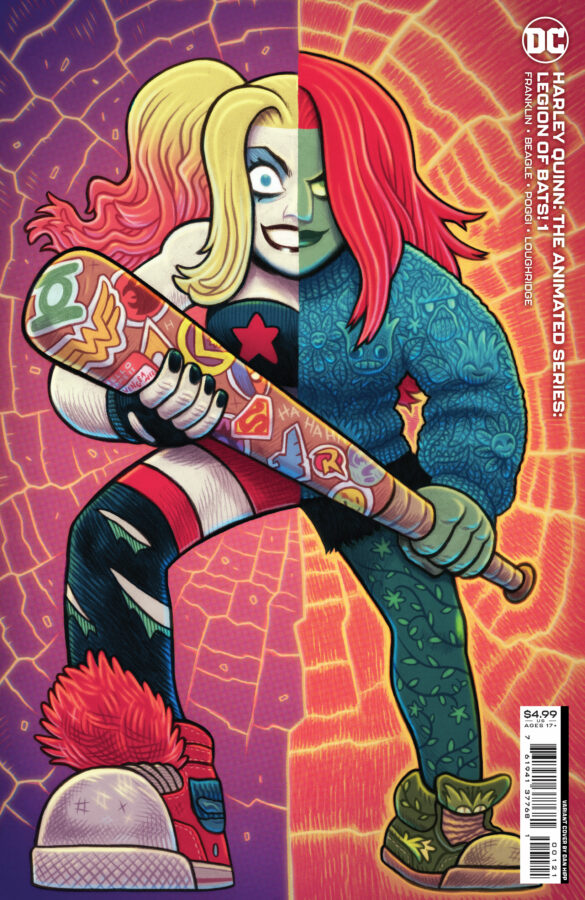 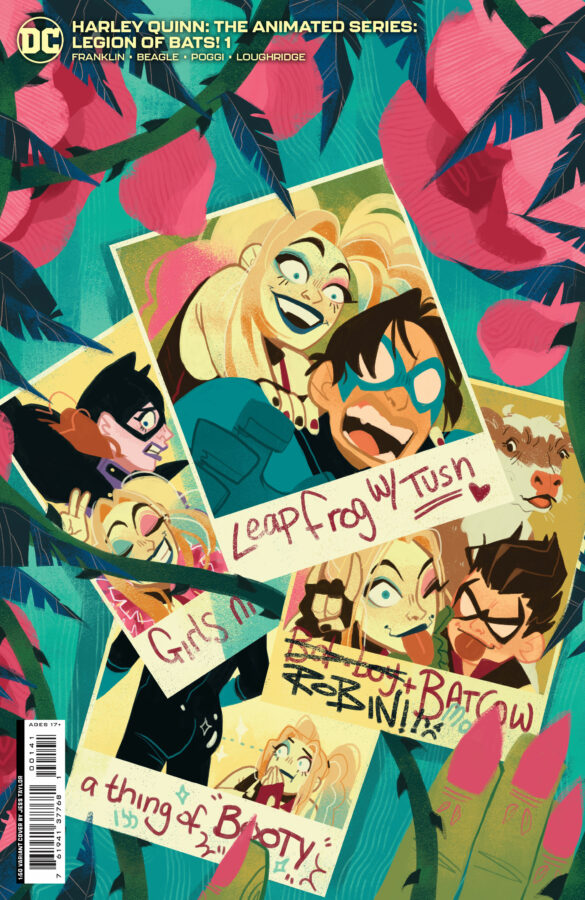 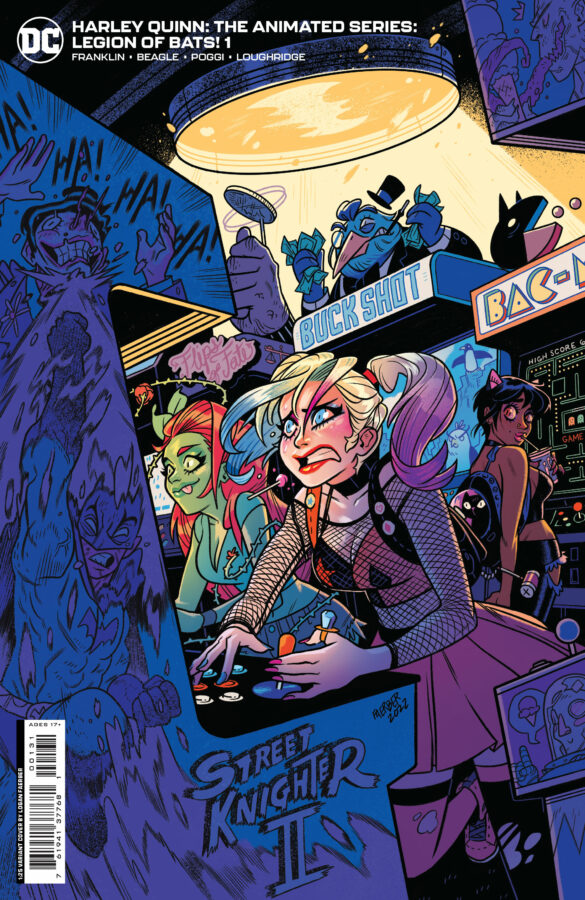 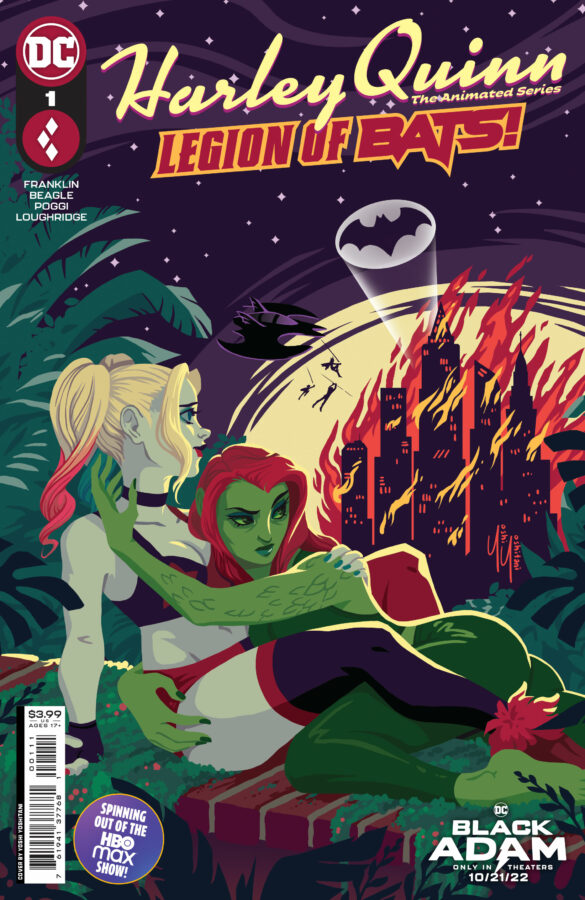 There were several lines in Harley Quinn: The Animated Series – Legion of Bats #1 that I read in the voice actor’s voices and it made for a genuinely good read. Plus the covers were great, talents Yoshi Yoshitani, Dan Hipp, Logan Faerber, and Jess Taylor all gave great artwork for this first issue.

Harley Quinn: The Animated Series- Legion of Bats #1 is a wild and fun ride that captures the charm of the show. It will be interesting to see whether the writers of the TV series take these pages into account in the new season, but, regardless it’s a fun addition to the Harley Quinn universe.

Definitely a must for fans of the show.