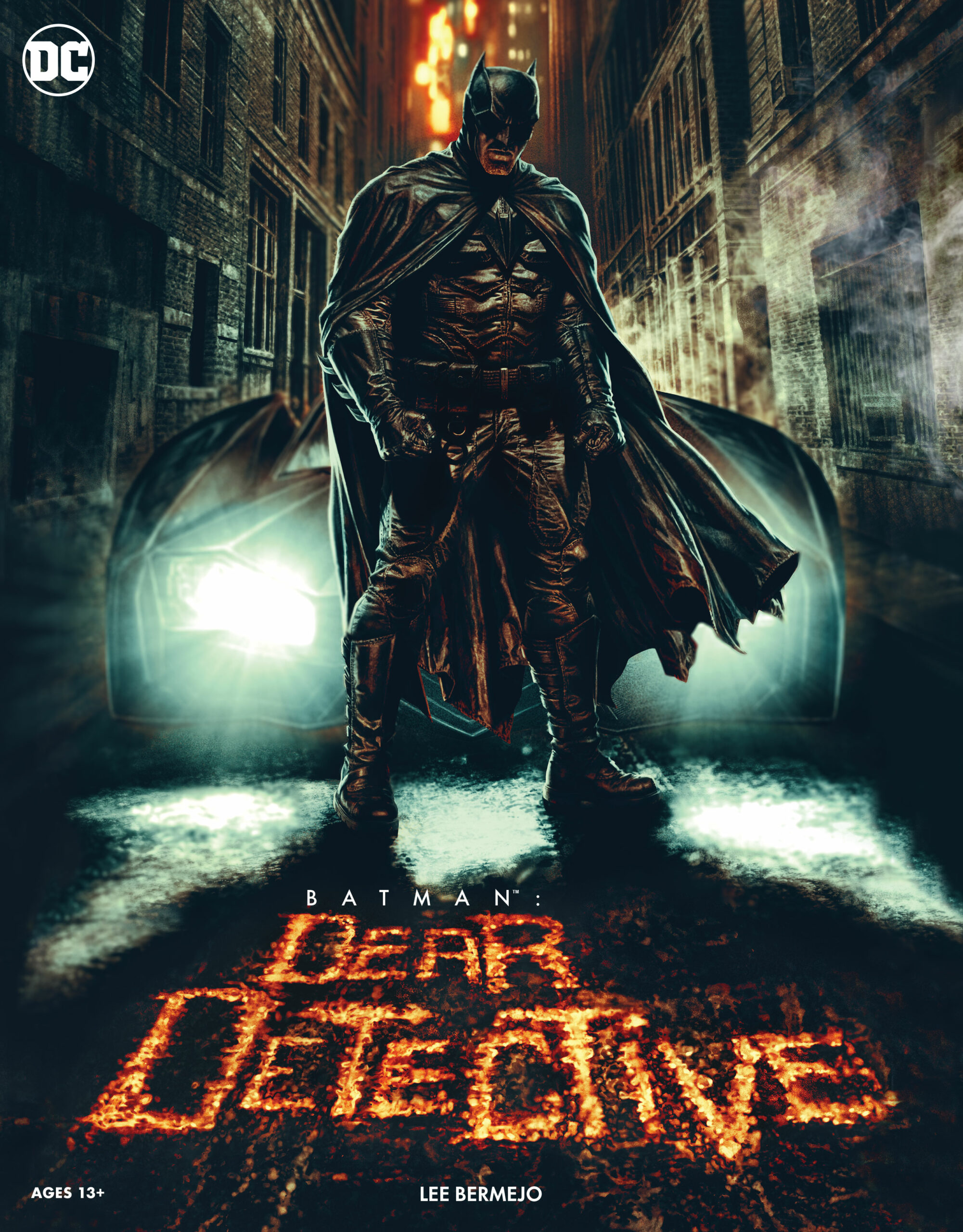 Batman: Dear Detective is a one-shot I don’t think any one of us has seen the likes of before. It doesn’t really have a story and yet, somehow, it’s every Batman story rolled into one.

Illustrator Lee Bermejo has an instantly recognizable, near photo-realistic painted style which has seen him collaborate on titles such as Joker, Lex Luthor: Man of Steel, and Batman: Damned. It’s a style that looks labor-intensive as the environments look as real as the characters. 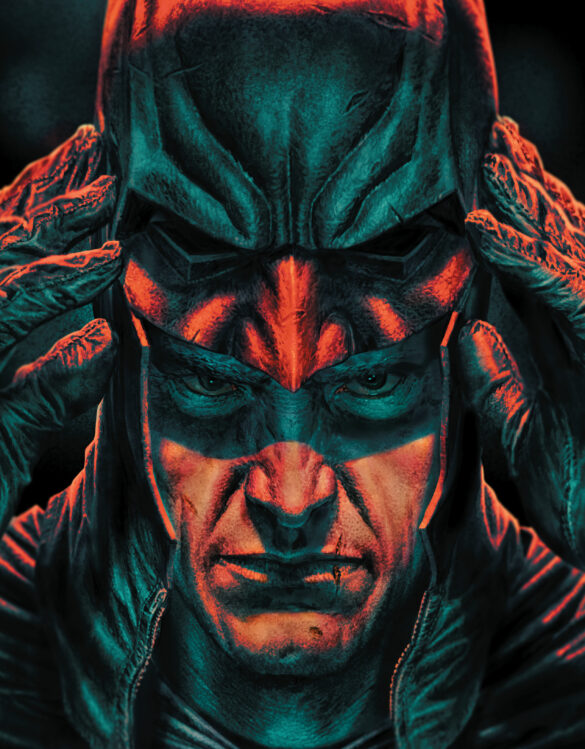 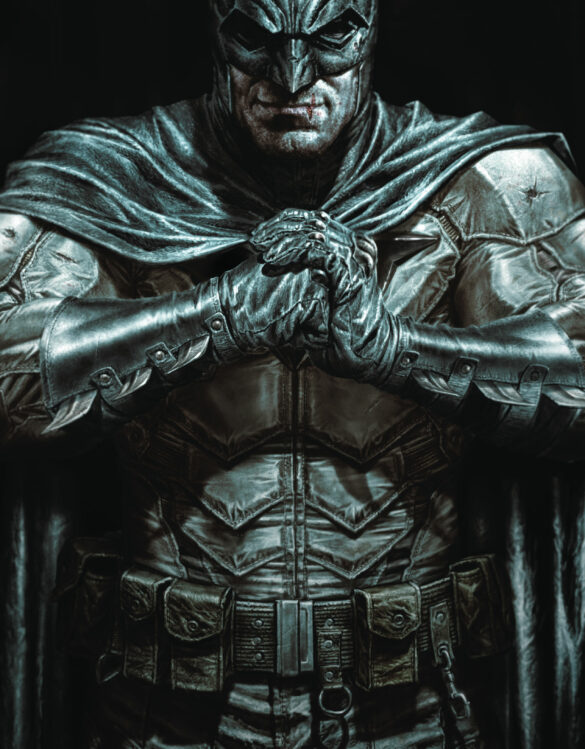 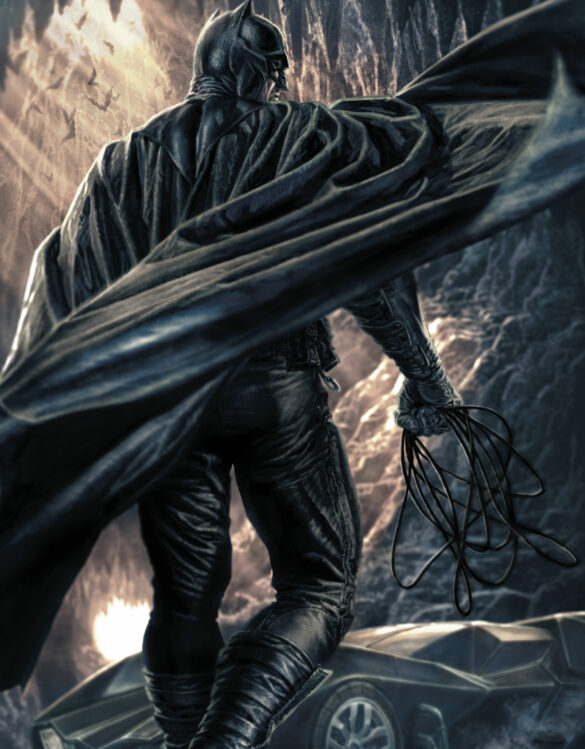 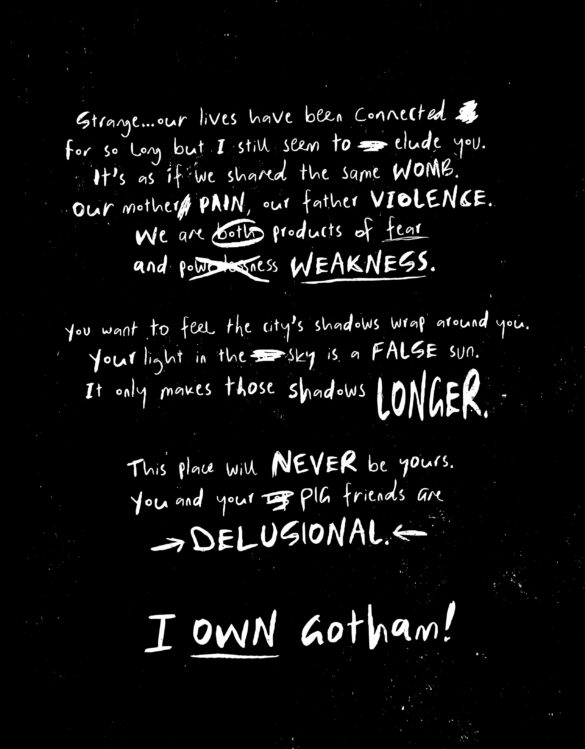 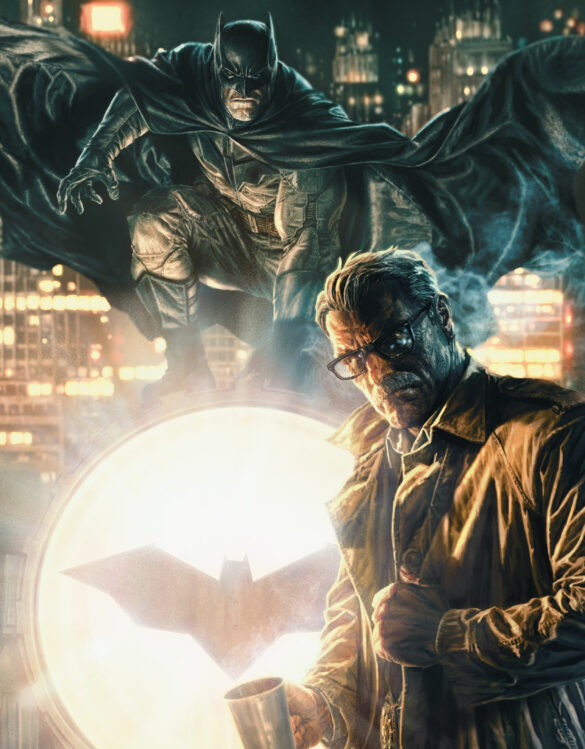 If you want to almost smell and hear the creak of the leather in a costume, feel the weight of that cape, and generally get a sense of how that costume would actually look and feel like in real life, then Lee Bermejo is your guy. All of this means that he’s an artist that tends to focus his attention on limited series, rather than ongoing titles. It also makes him a perfect choice for providing comic cover art.

That’s where Batman: Dear Detective comes in. One of Bermejo’s most acclaimed projects, the original graphic novel Batman: Noël, saw him turning to both writing and illustrating duties, and with Dear Detective he’s tapping into those skills once again. Collecting his run of cover art for Detective Comics, Bermejo has adapted them and sorted them into an order that can been seen as conveying a single narrative arc. Interspliced with these images is a letter to Batman from The Joker – a sort of “look-at-the-state-of-us” love letter to their eternal dance. 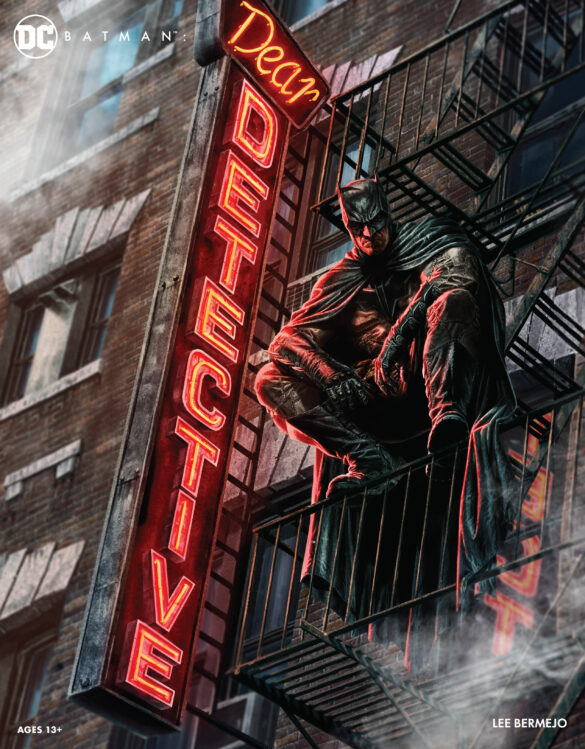 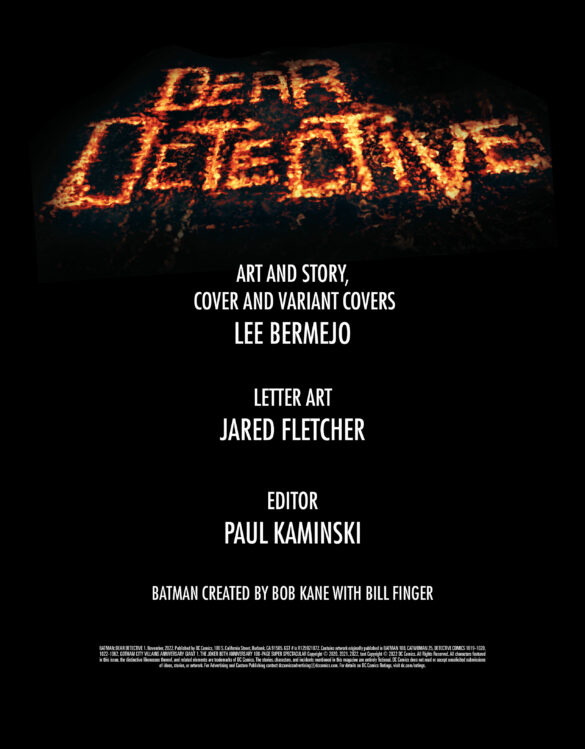 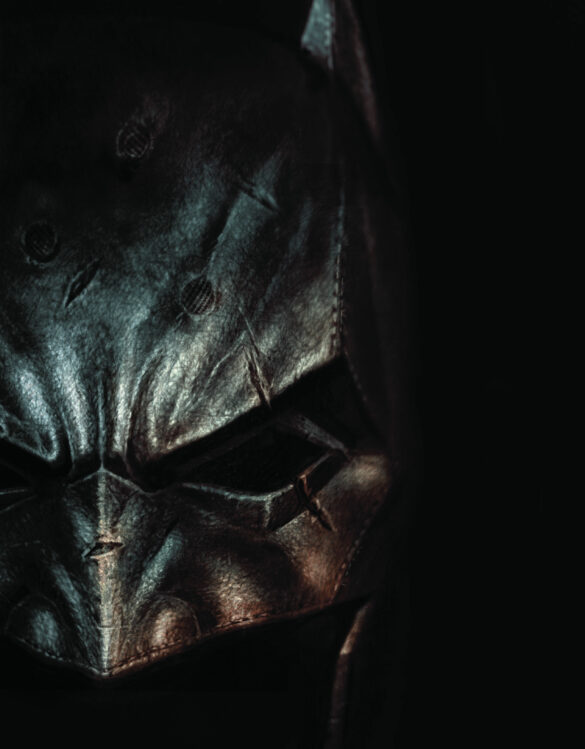 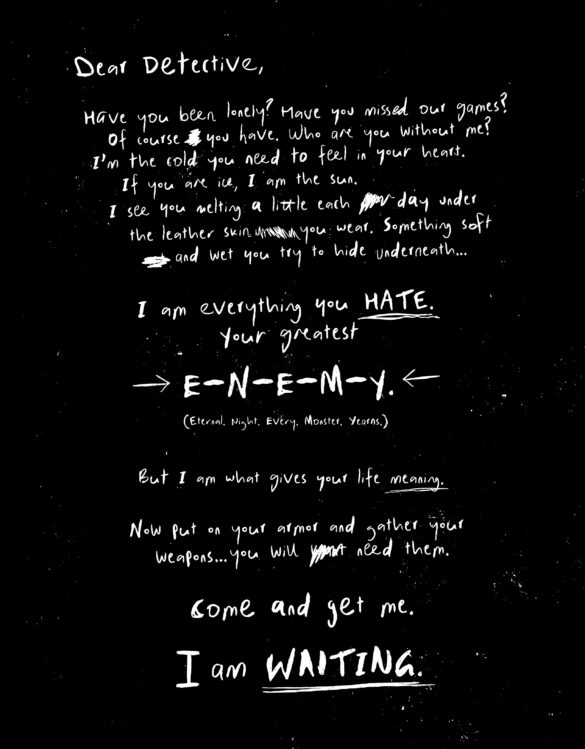 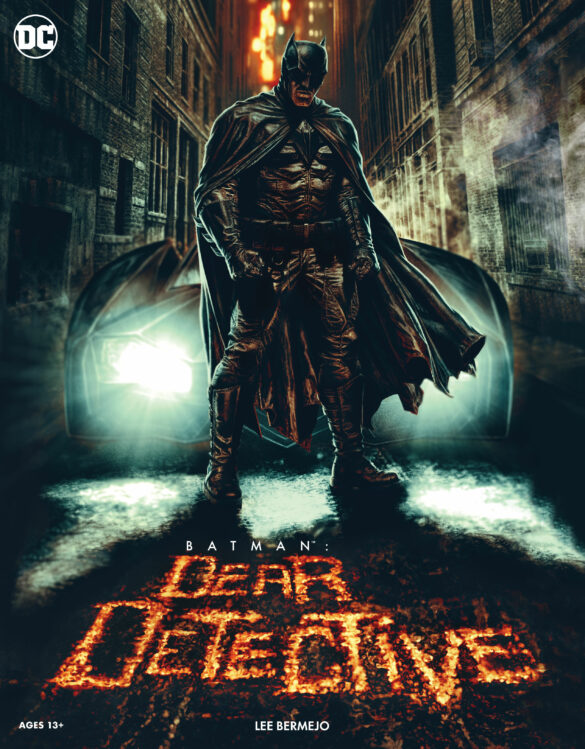 Creating cover art requires its own set of skills, including the ability to convey the essence of an entire story in a single image. This one-shot is best seen as a collection of cover art by an illustrator who perfectly reflects this modern era of superheroes. These are characters that are seen on screen almost as much as they are in comics – he’s even been said to have influenced the most recent Batman movies.

Why does Bermejo seem to fit the Batman universe so well? He certainly seems to get the best out of darkness in his images. Also, his realistic style suits a character without superpowers dressed in a uniform slugging it out with grotesque versions of psychopathy – a fact he clearly understands in the way he’s written the letter in Dear Detective. Either way we should all be happy that he’s made a home for himself here.