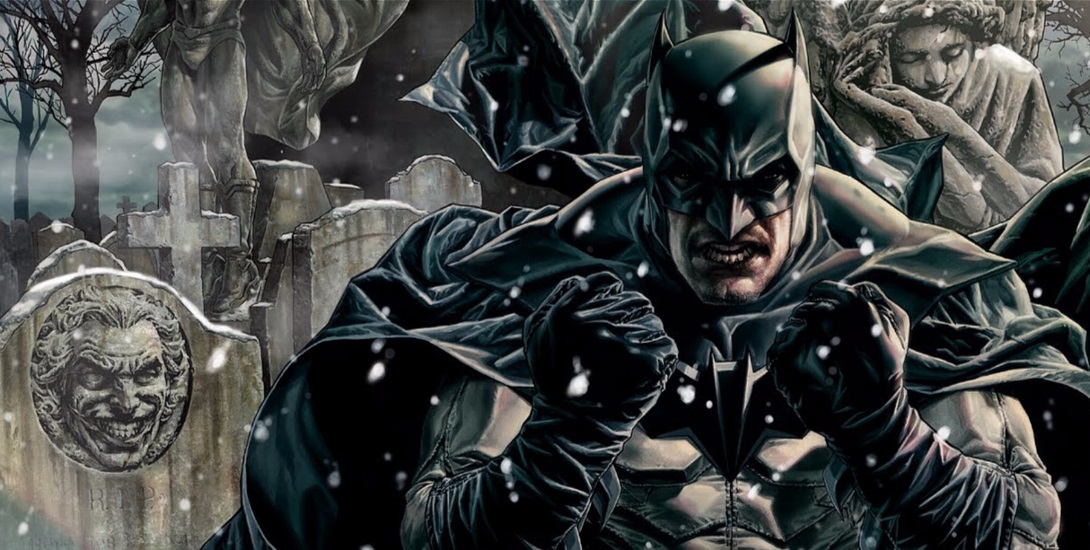 I’m in the minority of people who don’t necessarily love Charles Dickens’ classic A Christmas Carol. I understand the history of the story, as well as the overall lesson to be learned by all, it’s just never been a go-to story for me.

Mix in a little Batman and all of that changes.

In Batman: Noël, author/artist Lee Bermejo has taken the basic structure of A Christmas Carol and mixed in Gotham City. We get a Scrooge (Batman), a Bob (Bob) and the Ghosts of Christmas Past (Catwoman), Present (Superman) and Future (Joker). In this case, Batman is once again after the Joker and follows a henchman-for-hire who he is hoping will lead him to the clown. Meanwhile, we learn this henchman Bob (fitting) is down on his luck and just needed some quick cash to give his son a somewhat good Christmas. He’s not a bad guy, just a desperate one. This is known all-too-well by the Dark Knight, as he stubbornly shows and tells others throughout the story.

Bermejo does a great job of writing here. His story blends so much of the Dickens classic, you’re constantly asking yourself if this is the actual text from the story. Not to mention, the dialogue with everyone works. Batman is true to form.

First, he’s a little harsh but eventually softens up but not too much to make us question. Alfred has a minor but effective part, always talking sense into Bruce and always correct. Joker pops up at the end (in “Heeere’s Johnny” style), creepy and as fun as ever. Bob and his boy are the heart of the story, making you pull for the two and hoping Batman comes around. Our minor characters (Catwoman, Superman, and Gordon) have their shining moments and are written perfectly. 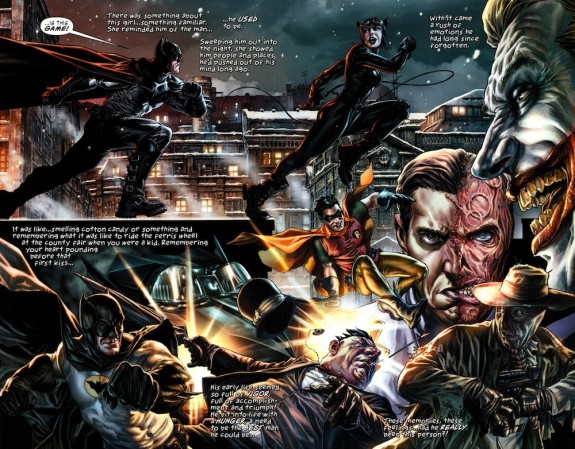 What’s a comic book without the art? This one is gorgeous. Bermejo really brought his game on his previous book with Brian Azzarello, Joker, but this one knocks it out of the park. So many images look so real, I couldn’t believe it. And Gotham city, at night, covered in snow? Now, throw in Christmas lights! That’s a pretty picture and nobody does it like Bermejo.

So, just in time before Christmas, skip all the classics and read this book to the family by the fireplace. The story is a great twist on a classic, and the pictures are like none you’ve ever seen before. Batman: Noël is a wonderful story any day but perfect for the most wonderful time of the year.