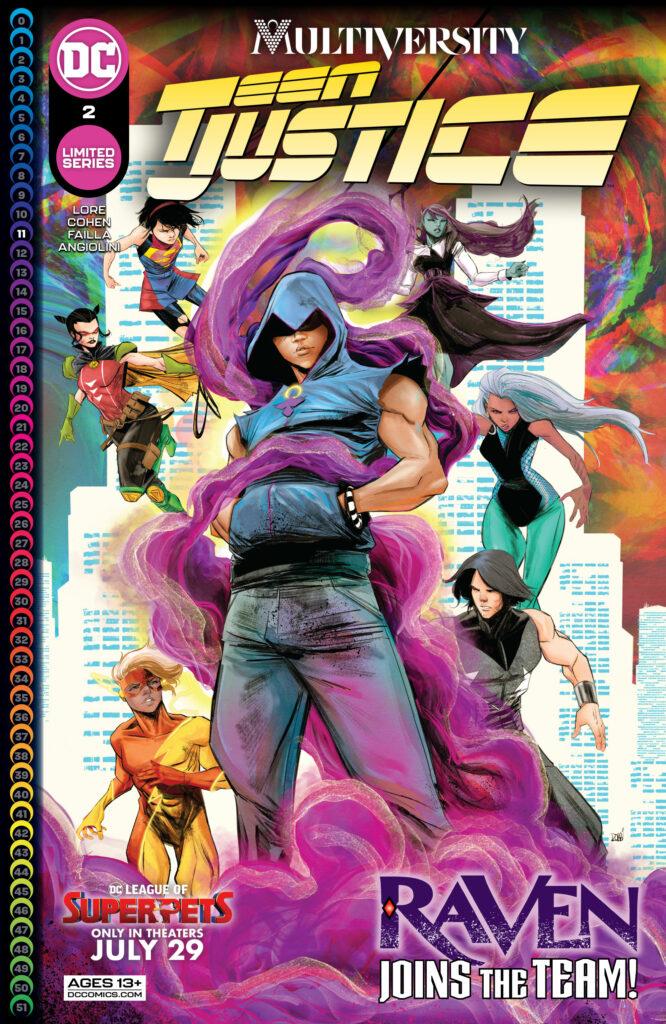 In Multiversity: Teen Justice #2, Ivan Cohen and Danny Lore continue their story set on Earth-11; a gender-flipped version of the main DCU Earth. Well, actually, it’s a little simplistic to say that it’s just a gender-swapped world, as while Earth-11 may have been originally based around that concept, it’s more like a mirror image of the DC Earth we’re more familiar with.

While some characters are indeed similar to their counterparts, they aren’t quite the same. Kid Quick is a particularly interesting case, as they don’t seem to have a direct counterpart on Earth-0 at all, while the titular team appears to draw on both elements of the Teen Titans and Young Justice. This works well, giving us a world worth exploring, rather than a novelty one-off Elseworlds story. 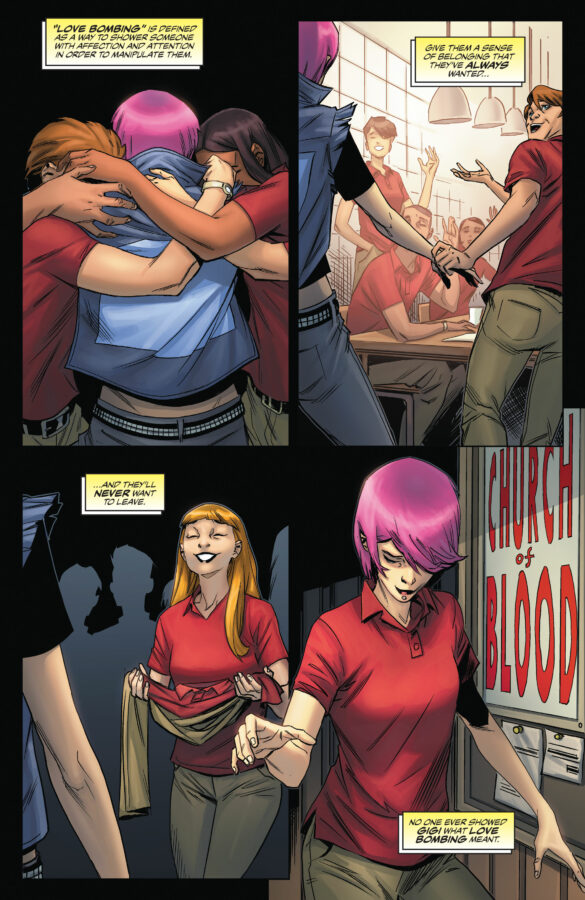 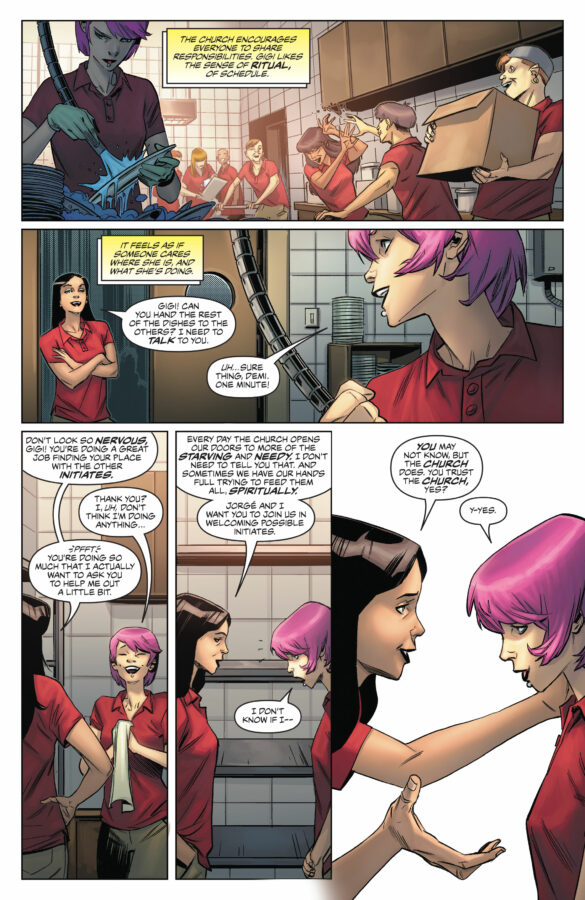 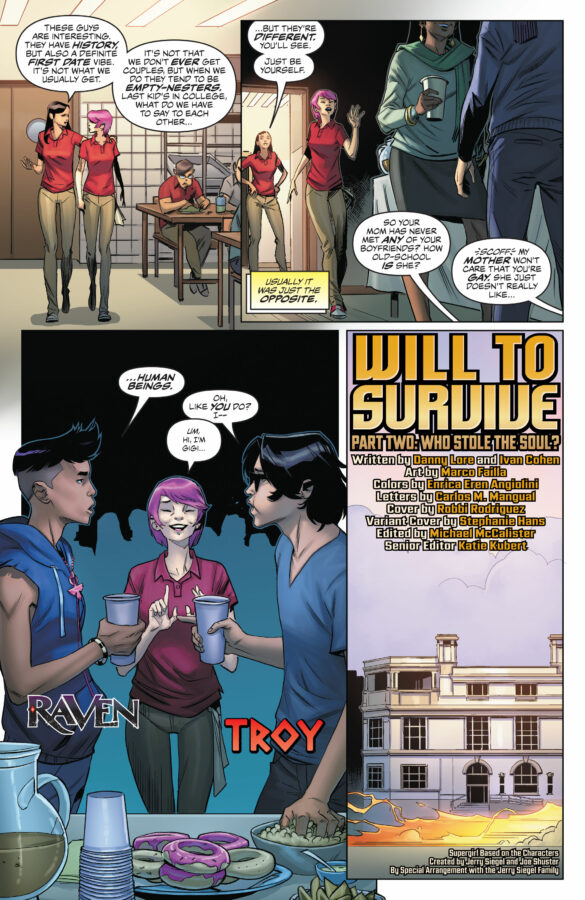 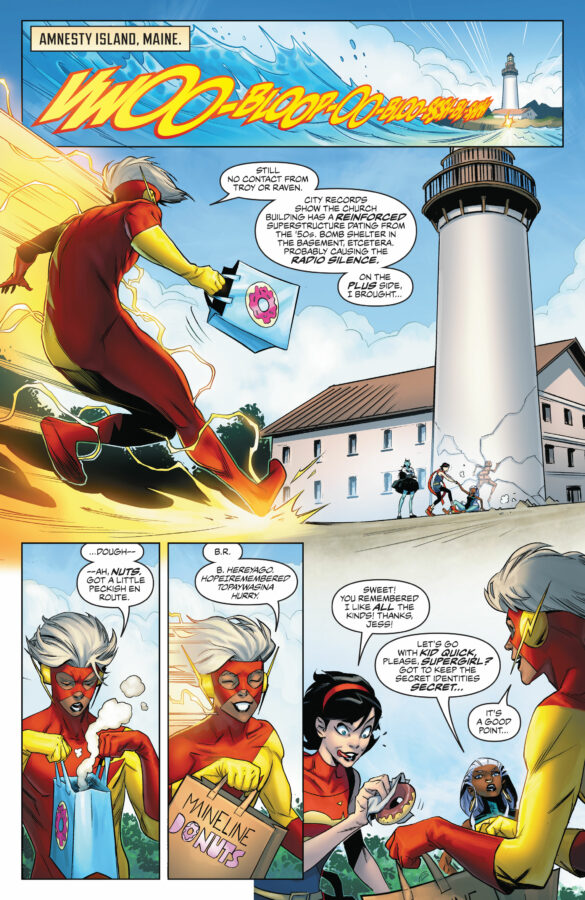 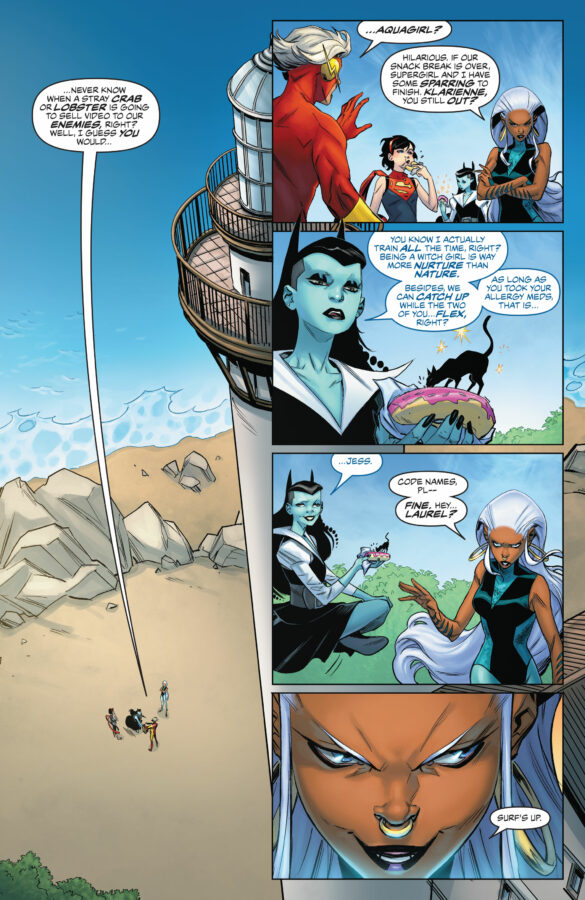 Those differences also keep readers guessing.  Those familiar with Titans history would expect this series’ big baddie to be Sister Blood, like her DCU counterpart Brother Blood, but this issue reveals that an even worse threat is looming – perhaps Raven’s mother.

Troy and Raven also seem to be progressing towards a romantic relationship. It appears that relationships on this Earth don’t always reflect those on Earth-0 either – or sexual orientation for that matter. With all these differences, it would be fascinating to see a more involved exploration of this Earth’s history.

I find the character of Klarienne quite fascinating. The main DC Earth’s Klarion the Witch Boy is a trickster, at best, and a villain at worst, but Klarienne is a heroine. As we see in this issue, she’s also the protégé of Justice Guild member Zatara. This makes me wonder which other characters are heroes instead of villains (or vice versa) on this alternate Earth. 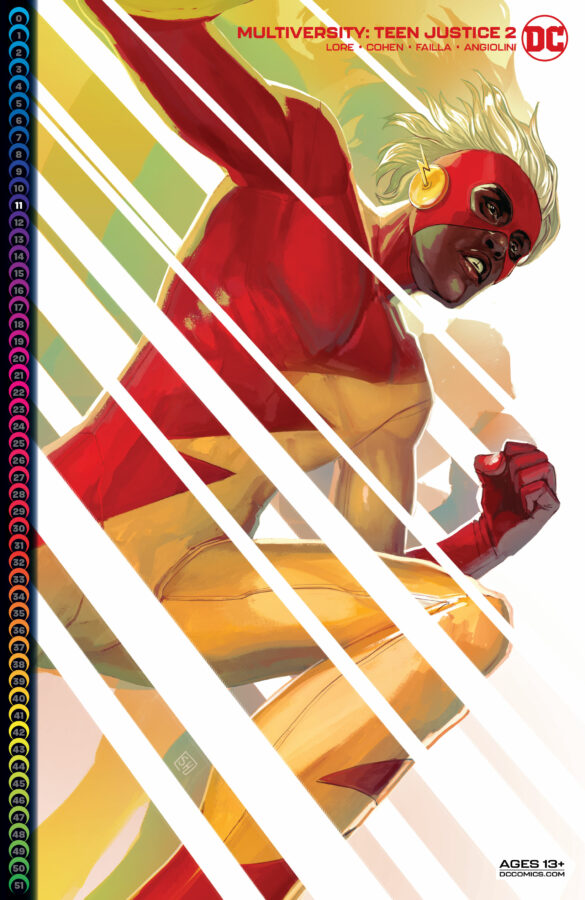 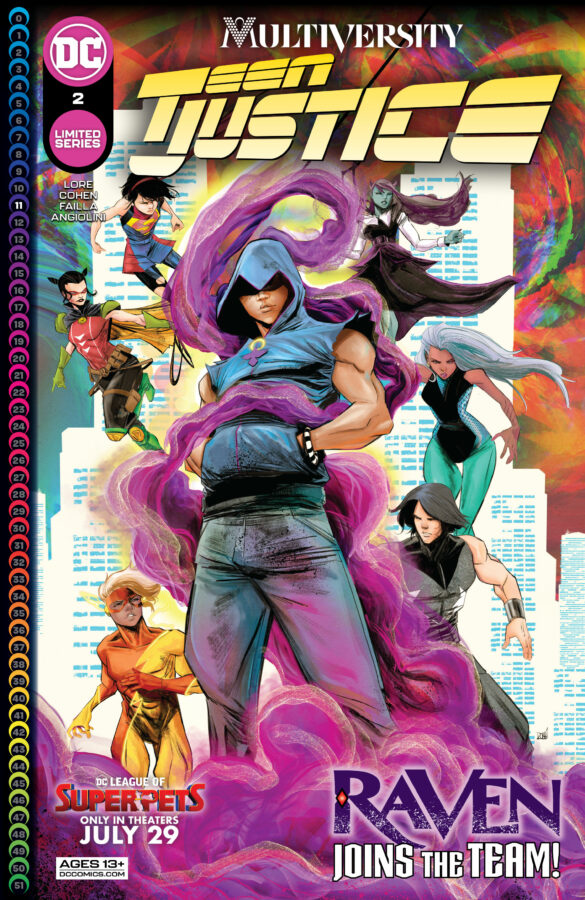 I am enjoying Marco Failla’s depictions of the characters in this series. The designs reflect that the characters are more than just gender-flipped versions of DC mainstays. Failla manages to create new and interesting looks while also maintaining a connection to the original characters they were inspired by. Also, I hope the upcoming chapters give us the opportunity to see more of Failla’s designs for Earth-11 characters we haven’t met yet.

Multiversity: Teen Justice #2 continues this fascinating look at one of the DC Multiverse’s most intriguing worlds.  I look forward to further exploring this world and getting to know these heroes better over the remaining issues of this miniseries.