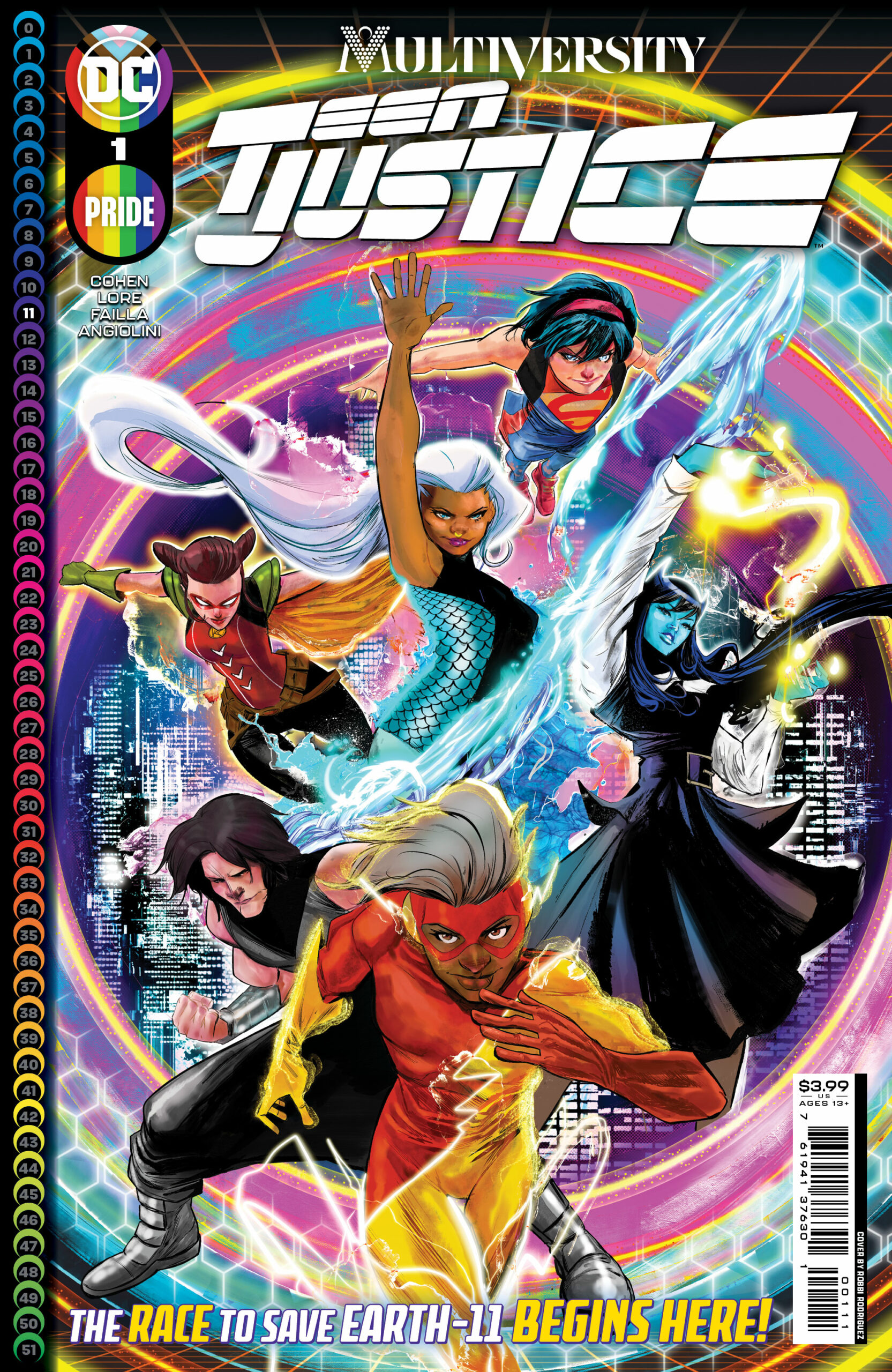 The release of Multiversity: Teen Justice #1 is quite timely, coming out during Pride Month and on the same week as the DC Pride 2022 special.

The one strange thing about this book is that it also seems to be a bit behind the times, considering it bears the branding of DC’s Multiversity event, which occurred back in 2014/2015. It could be that this is symbolic of the fact that DC wasn’t as sure of its commitment to LGBTQ+  representation in its comics back then, as it is today. Perhaps this title would have been a bit ahead of its time in 2014. 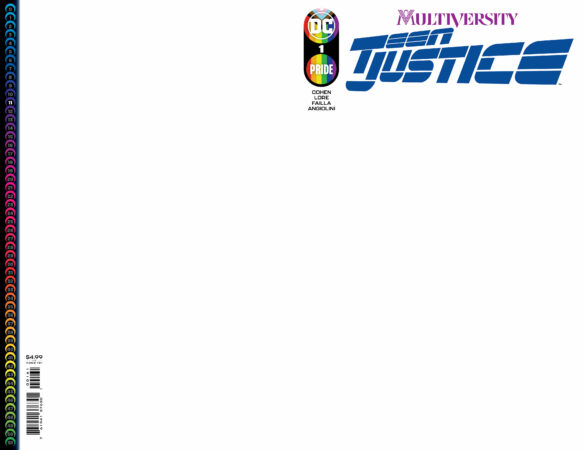 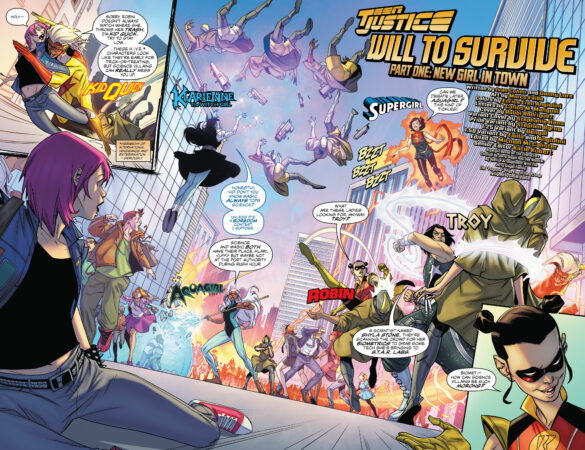 While this title bears the Multiversity branding, it doesn’t seem to be overtly connected to the event’s storyline. However, what it does share with the original event tie-ins, is that it happens on one of the parallel Earths in DC’s Multiverse. In this case, it’s Earth-11 – the Earth where DC’s characters are gender-swapped. This is the home of Superwoman and Batwoman from Elseworld’s Finest and Aquawoman from Justice League Incarnate.

The characters and groups don’t exactly bear one-to-one relationships with our universe. For example, Teen Justice has both elements of the Teen Titans and Young Justice and, while many of the characters are direct gender-flips of some of their Earth-0 counterparts, others have more nuanced differences.

Most notably is Kid Quick. Kid Quick is apparently the Earth-11 counterpart to Kid Flash but is not a West. They’re Jess Chambers who is genderfluid, while Wallace is quite definitely male. 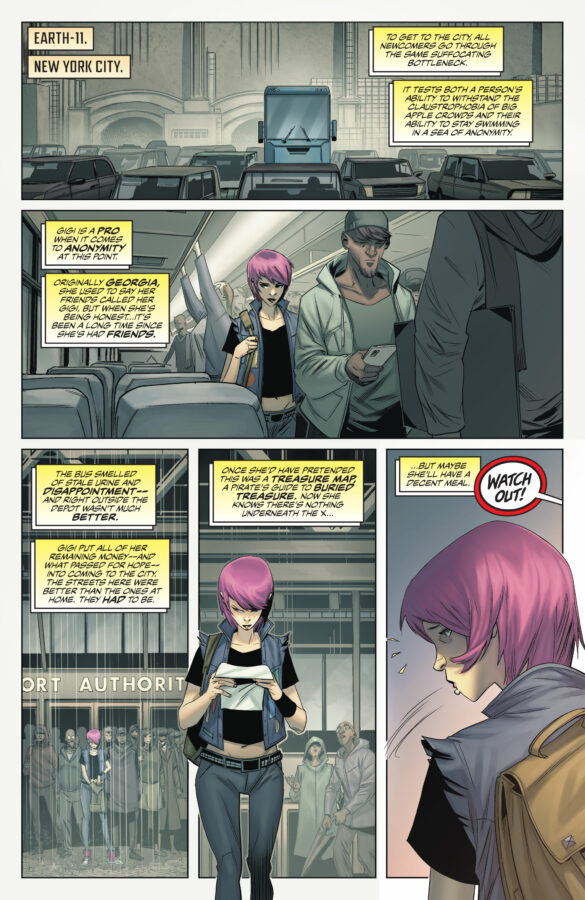 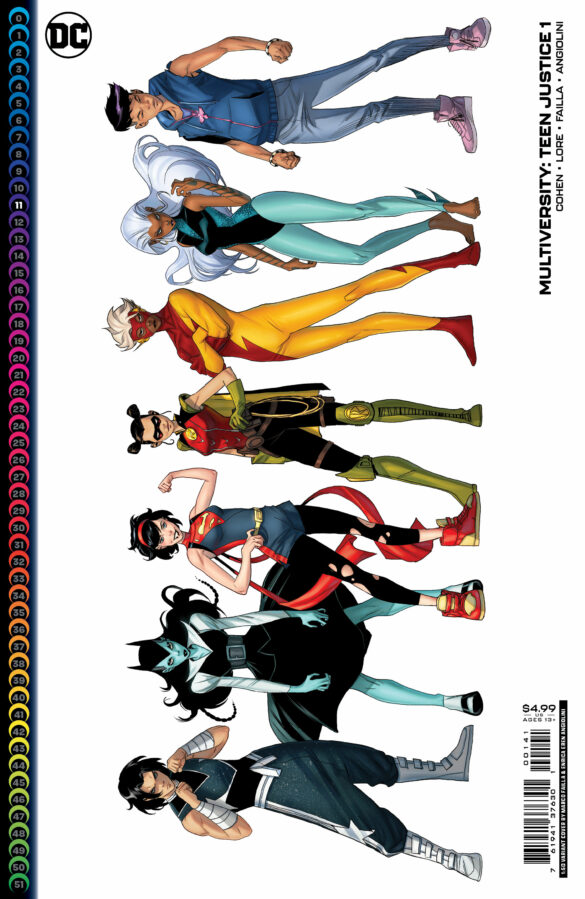 Another interesting difference is the inclusion of Klarienne the Witch Girl on the team. Earth-0’s Klarion has never belonged to the Titans or Young Justice. In fact, he’s never been portrayed as a hero. So, this makes me wonder how his Earth-11 counterpart came to be a member of Teen Justice. I hope this miniseries has the chance to delve into her backstory.

There are also differences in the relationships between characters, including hints of a possible romance brewing between Troy and Raven, where their DCU counterparts are established as straight. It will be interesting to see what other differences become apparent as we learn more about these characters. The writers are clearly creating a world that’s much more nuanced than just gender-swapping the entire DCU.

I also liked seeing that we see the Earth-11 counterparts of a number of notable Titans characters, like Thunder and Lightning, and of course, Sister Blood. The issue ends with versions of two notable DCU characters that came as an interesting surprise, so much so that I wonder what part they will be playing in this series. 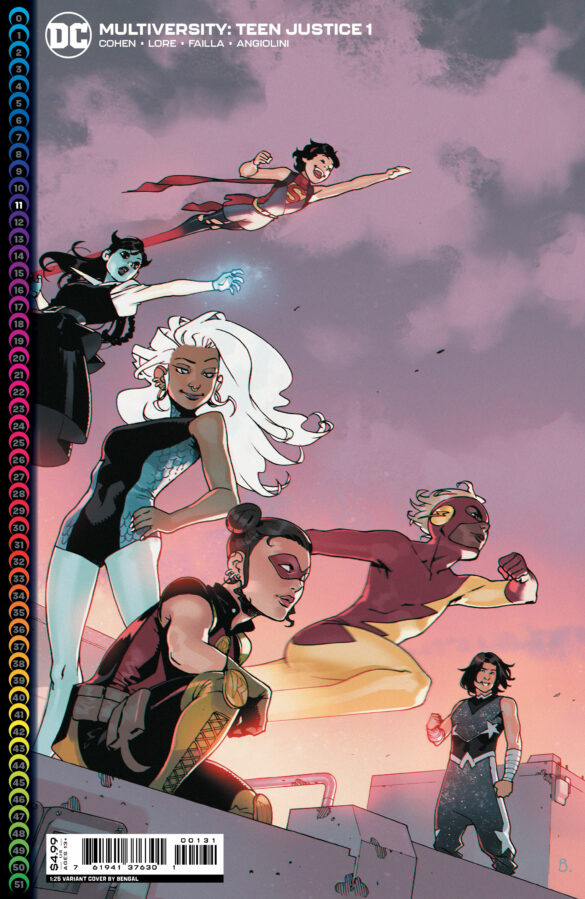 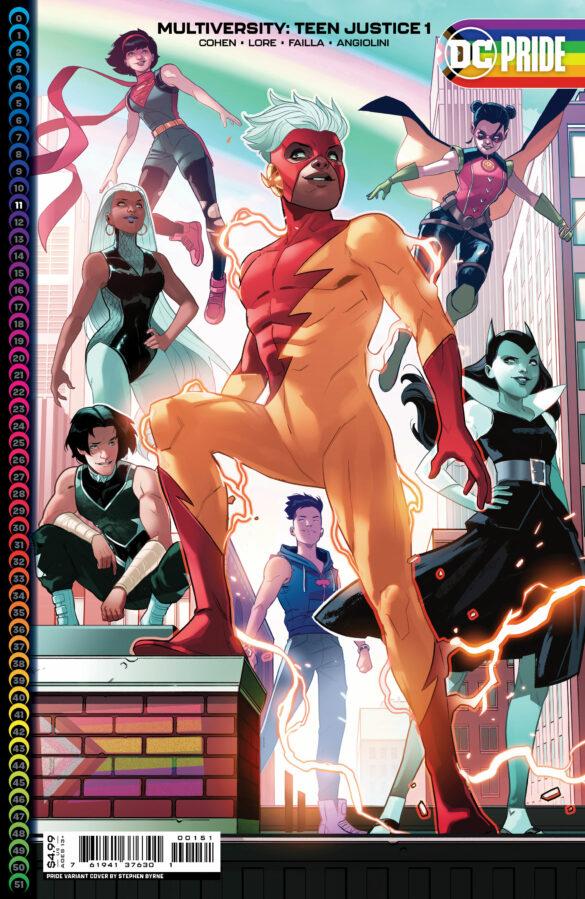 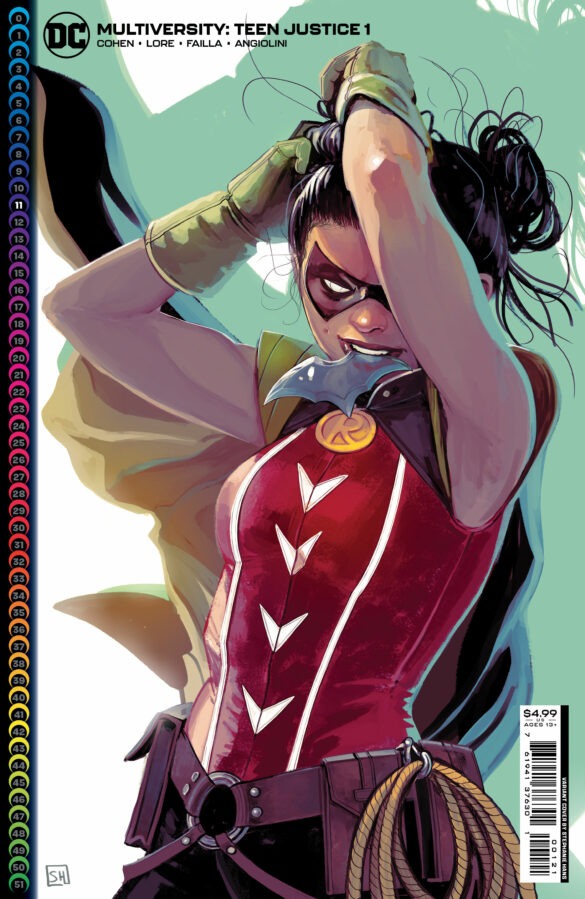 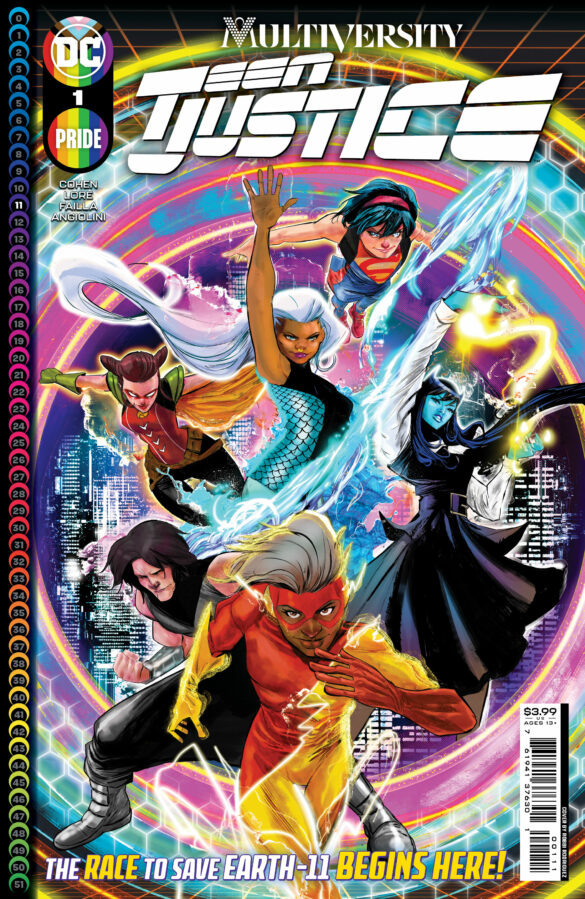 I’m enjoying seeing the visual representations of the characters and I think that it will be quite the challenge to create an opposite gender look for an established character. Marco Failla manages to find a balance between keeping the new characters recognizable but more than gender-flipped copies. They give the impression that each has a similar, yet different story to their counterparts on Earth-0.

Multiversity: Teen Justice #1 is a great start to this miniseries exploring Earth-11. I look forward to learning more about this team and their world as the series progresses. While it is a great tie-in to DC’s Pride Month celebration, it’s also a great story in its own right.