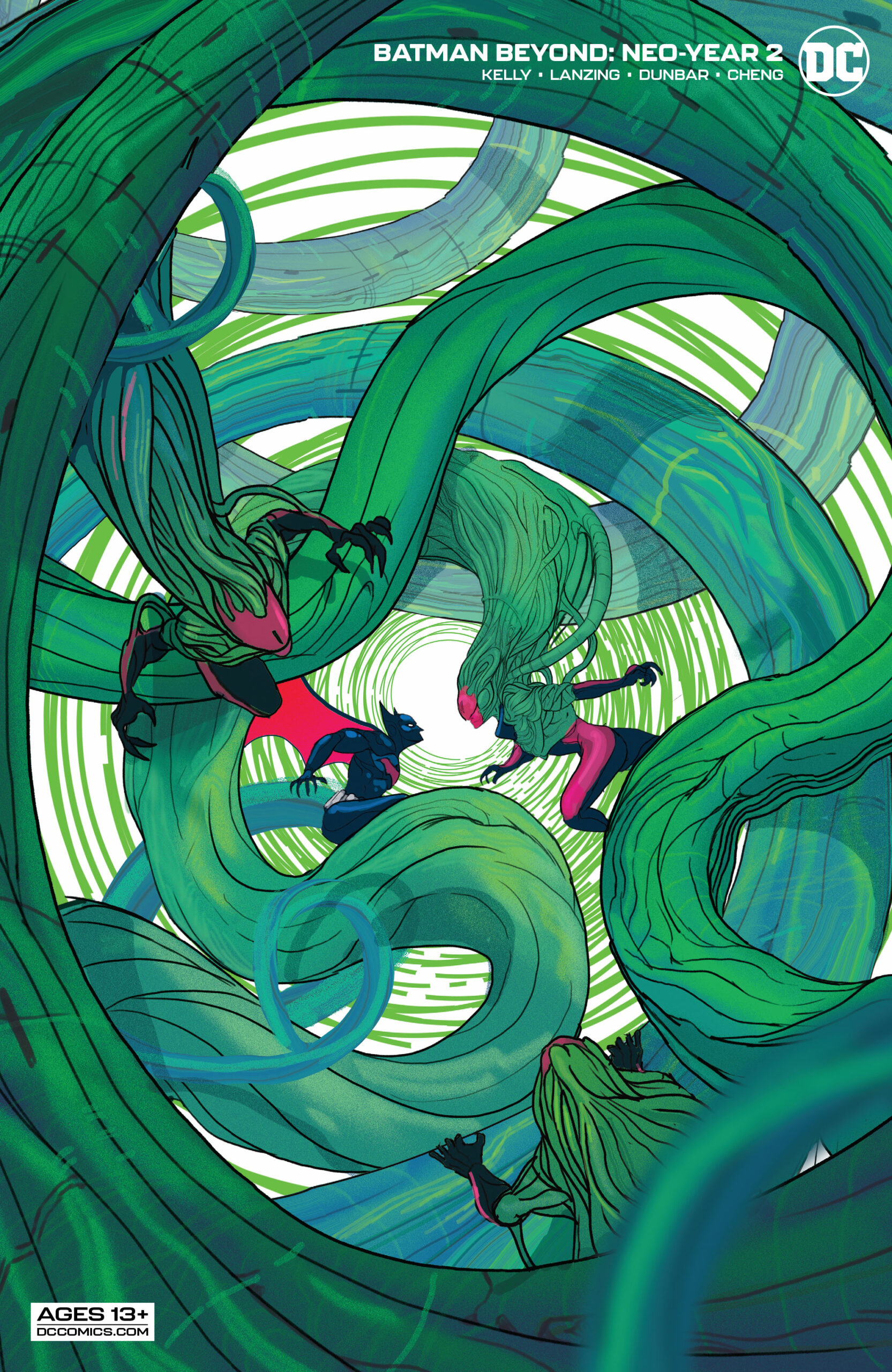 Batman Beyond Neo Year #2 continues the intense look at the future vision of Neo Gotham that came together in Batman: Urban Legends #7.

As the tension grows, we’re treated to a mixture of conflicts all with the backdrop of a futuristic Gotham that matches the tone in the original episodes and the prior run of Batman Beyond. This all couples together to deliver another very strong comic.

There’s a certain, I don’t know what, about the way the landscapes and scenery have the right combination of familiar and new. The team of Dunbar and Cheng has given us the immense heights and scale that we’re used to with futuristic cities, especially Neo Gotham. There are also elements of the run-down tech and visuals that we get from current cyberpunk narratives like Blade Runner or Cyberpunk 2077. It’s amazing to see a new comic release fit with the original material and the current day.

The choices Kelly and Lanzing used in the first issue to move the story along are still here: the ominous message coupled with the letters and journal to Bruce. Aside from that, we’re with Terry McGinnis throughout the entire chapter. Batman dominates the pages of this issue and isn’t that what we want from a Batman title? Yes, but it’s done in such a way to highlight Terry’s isolation. He’s truly alone and floundering under the weight of a crime-ridden Gotham, without allies to fall back on.

Batman Beyond Neo Year #2 gives us rich visuals and masterfully designed new antagonists in a narrative about our capable hero learning to work under new and unfamiliar ways of being. It also continues to give readers a dynamic look at the Batman of the Future.