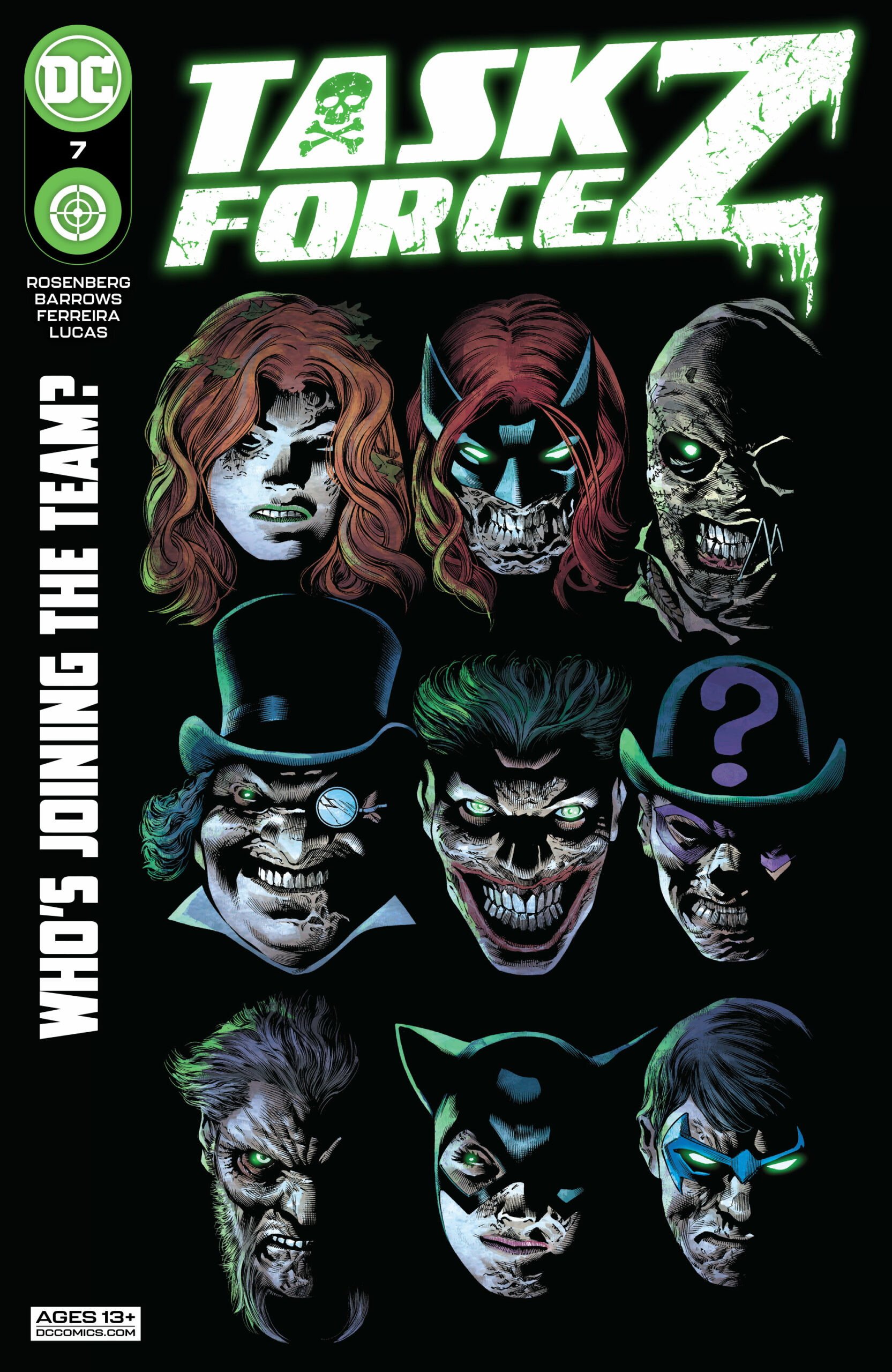 This team has been through a lot: several betrayals, multiple deaths, and numerous resurrections. So, Red Hood and Two-Face do the only thing good team leaders can do… they go on a recruitment drive in Task Force Z #7!

Task Force Z is not in the best of shape, the source of all of their power, the Lazarus resin, is gone. They only have a limited supply left, and it’s not without its side effects. This issue has Jason and Harvey go out to the recently deceased/ escaped villains of Gotham. They reach out a hand or a weapon to bring them onboard their motley crew of undead helpers.

We also see some of the other Task Force Z members, that were being led by KGBeast, brought into the fray. A long undead zombie makes friends with a recently dead Bane and a smorgasbord of obscure villains that have crossed paths with the Bat in recent years. This team is nothing if not diverse.

Harvey Dent, always the lawyer, appeals to Geri Powers’ human side, in an attempt to try and make a truce before the bad and the worse go to war. However, with the creepiness of Mr. Bloom getting worse and worse (now with his new mutant Baby-Bat) Geri’s caught between a villain and a hard place.

Weak At The Freeze

While all of this is happening, a certain cold criminal has his own plans for this endeavor. Sometimes people forget that all of these guys (sorry Jason) are murderers, and/or criminals and evil. Ice suspect we’ll find out more next issue.

Task Force Z #7 felt like a story ramping up for a finale AND one that’s ramping up for a lot more stories. In both cases, it was a great read, with lovely art and a multitude of twists and turns along the way. This is a dead good book.