Sideshow Collectibles and Iron Studios have released a brand new 1:10 scale deluxe Batman and the Batmobile statue. The piece is the latest addition to the Art Scale 1:10 line and is based on original references from Batman: The animated series.

The deluxe limited edition Polystone statue is hand-painted and features a very serious-looking Batman in his grey and black Batsuit, standing next to the Batmobile from the Batman animated series. The statue stands on top of a silver Polystone base which has molded buttons and nobs which have been painted silver and black. It also has the Batman animated series logo painted on the front of the base. 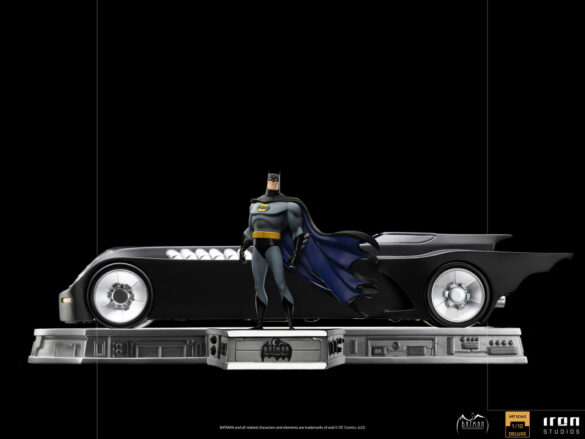 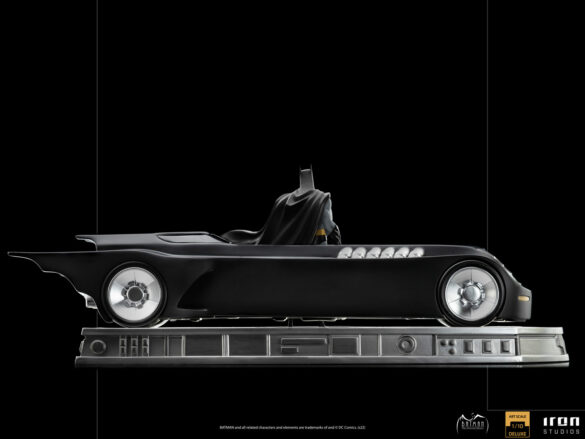 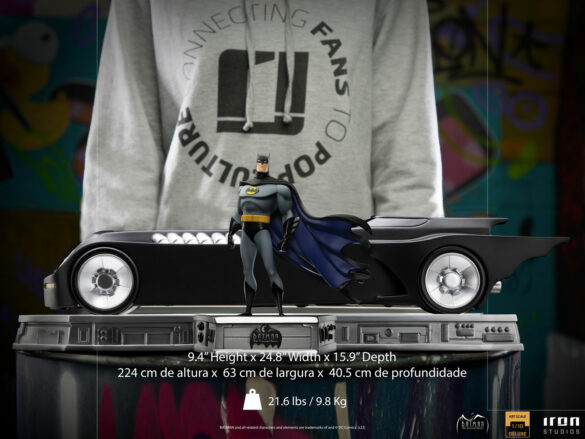 I’m going to be honest, this statue isn’t the most detailed I’ve ever seen but it does look exactly like the animated series (which I guess is the point) and it is actually a really nice collectible piece especially if you are a fan of the animated series. This deluxe Polystone statue would make a fantastic addition to any Batman/DC Comics fan collection.

The deluxe statue is now available to pre-order from Sideshow Collectibles and each piece is priced at $1,150/£905.86. The statue is expected to ship between January – March 2023.