Will the best Batman please stand up?

Our favorite hero has been gracing the big screen for over 50 years now, starting with Adam West in 1966, returning with Michael Keaton 33 years later, glimpses of Val Kilmer and George Clooney, setting records with Christian Bale, and bringing it to the present with Ben Affleck. He is arguably the only superhero who can take on different iterations and relate to the times. Batman is adaptable.

We here at Dark Knight News thought it would be a blast to go through and rank our favorite live-action Batmans on film. Sorry Kevin Conroy, Mask of the Phantasm doesn’t count (otherwise there’s a good chance you would win). Below we list the actors who suited up with the cape and cowl and their grade, averaged out from a scale of 1-10 (1 worst, 10 best). As an extra batarang on top of the cake, we thought we would also list who our favorite Batman was (it may surprise you), and who our least favorite was (it won’t surprise you).

As a quick reminder, here are the actors who have donned the cape and cowl on film (in order):

Let’s take a look at the results! 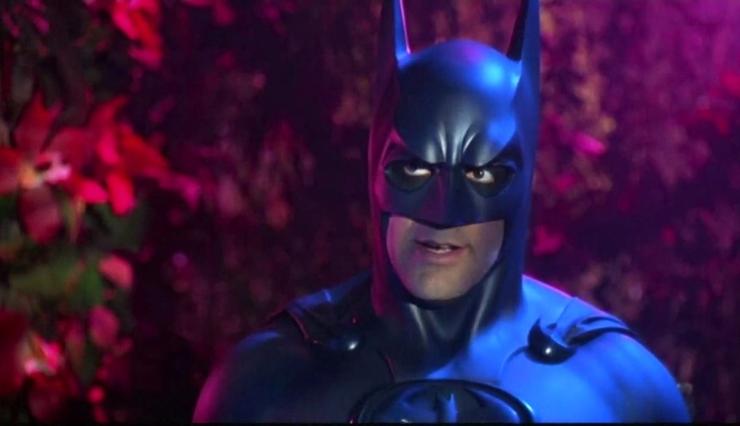 Sharna Anrahs, DKN writer: “As a child, watching that movie was hilarious! They played it on TV every Halloween! Made me love Batman ever more, I love camp! Plus, Clooney didn’t make a bad Bruce Wayne, he was kinda all parental with Robin and Batgirl, so cute! Please no one hate me.

Steve J. Ray, DKN writer: “I don’t like being overly negative, so let’s just say that I see Batman & Robin more as a spiritual follow-up to Adam West’s Batman, as opposed to Tim Burton’s.

Steve J. Ray: “I honestly think that the only thing that really lets Batman Forever down is the villain overload. Other than that I still have a lot of love for that movie, Kilmer’s performance in particular.”

Steven Conroy, DKN writer: ” I refuse to separate the crappy crap fest that is both Kilmer and Clooney. Both these guys deserve a kick in the Bat-Nuts.”

John Hagmann, DKN reviewer: “West is the quintessential Batman – he belongs in a different category. His portrayal of the Dark Knight, while undeniably campy, is the reason we have Batman on film today. It sparked comic sales and propelled the character to a pop-culture phenomena. I could watch West’s Batman any day, every day. And, I can more readily share his Batman with my young kids.”

Kevin Gunn, DKN editor-in-chief: “West captures the lighthearted tone of the Caped Crusader’s adventures (even if his portrayal is a Batman from the previous decades before 1966).”

Kevin Gallagher, DKN writer: “Keaton, in my opinion, is the only actor on the list that could have portrayed Batman in every single one of the incarnations we’ve seen. Imagine seeing Keaton reprise the role instead of Affleck, who was an excellent incarnation of Bruce / Batman, taking it on? Doing a Dark Knight Returns-type story with Keaton, bringing Batman/Batman Returns into the DCEU, would have worked. In a world of “Elseworlds” stories, I hope we get a crack at Keaton reprising the role as a direct sequel to Returns.” 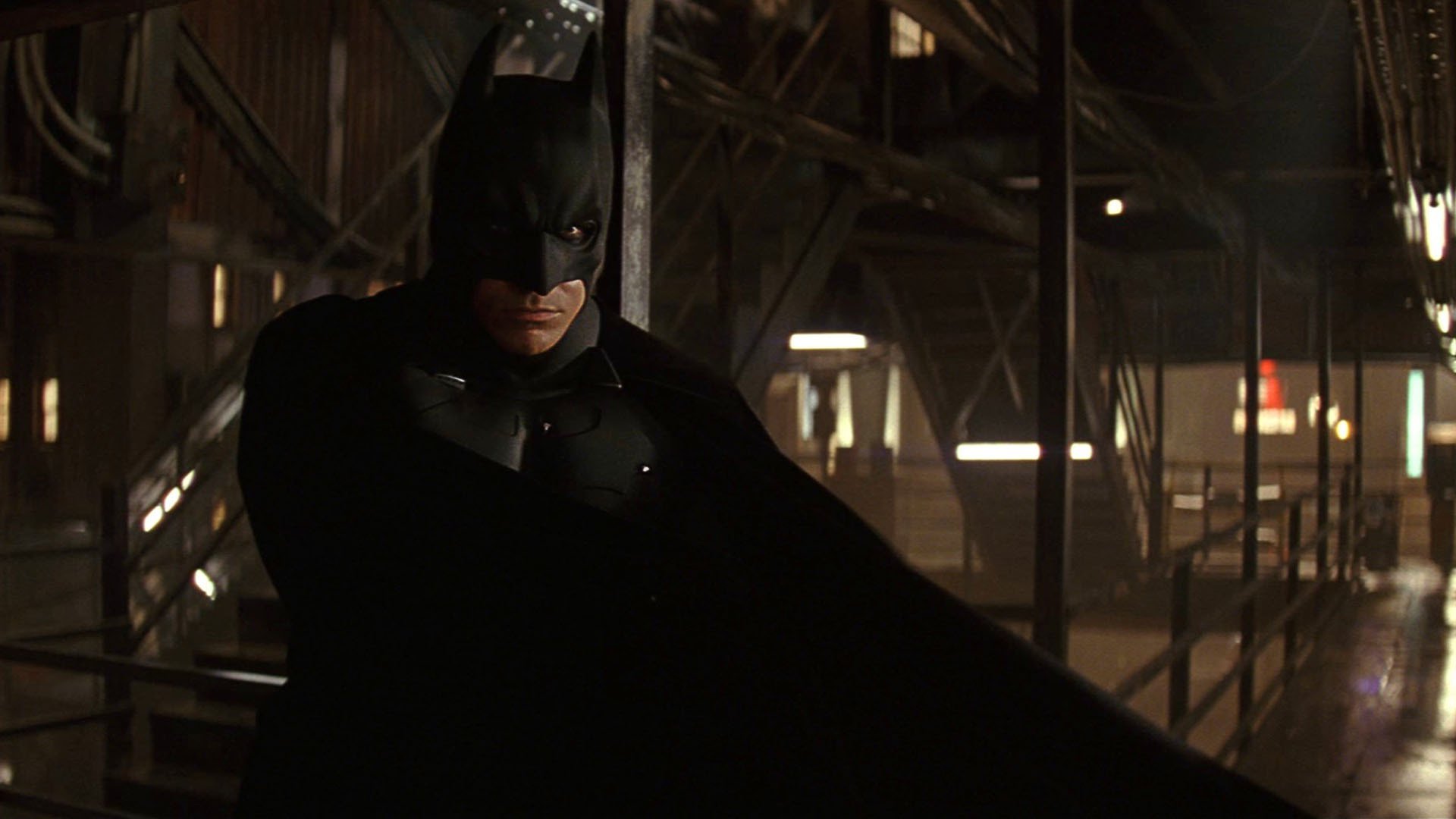 Ryan Lower, DKN writer: “Bale exemplified everything I’ve wanted in Batman. He was empathetic, a tragic figure, humble and a badass. He always found a way out of everything and planned ahead. This is MY Batman.”

Damian Fasciani: “Bale edges out Affleck only just because he humanized the character so well!! Needed his fight scenes taken up a notch!”

Chris Foti, DKN writer: “That darn voice keeps him from a 10.” 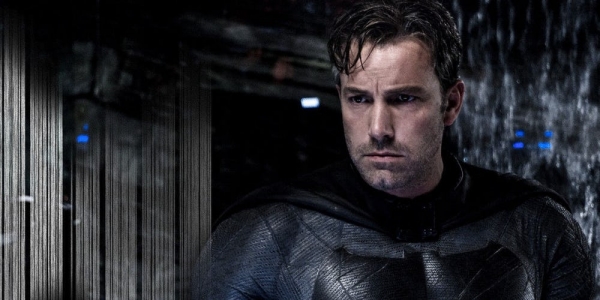 Kevin Gunn: “As John previously pointed out, West should be in his own category. I will say that Affleck is an accurate live-action representation of Batman for his respective era. Affleck’s Batman borrows heavily from Miller, yet there are traces of Adams also.”

Sharna Anrahs: “Batdad makes the best Batman, he looks tired all the time. I love it.”

John Hagmann: “In total, I go with Affleck. And it has nothing to do with Batman. Affleck’s portrayal of an older, more weathered, and more cynical Bruce Wayne is the most authentic and believable.”

Steve J. Ray: “I think Affleck is killing it as both [Bruce Wayne and Batman].”

The results above are through a numerical ranking system. We also asked all of our great contributors to just flat out say who their favorite Batman on the big screen is. Turns out, it didn’t matter. The results were basically the same.

Least Favorite: George Clooney: nearly unanimous, if it weren’t for one vote that said Kilmer (Sharna!)

I hope you enjoyed going through this as much as we did creating it. We all love Batman and though there are some interpretations we all don’t care for (Clooney, except Sharna), it’s further proof Batman is here to stay.

What say you DKN readers? Do you agree/disagree with our list? Who is your favorite, least favorite? Sound off below! 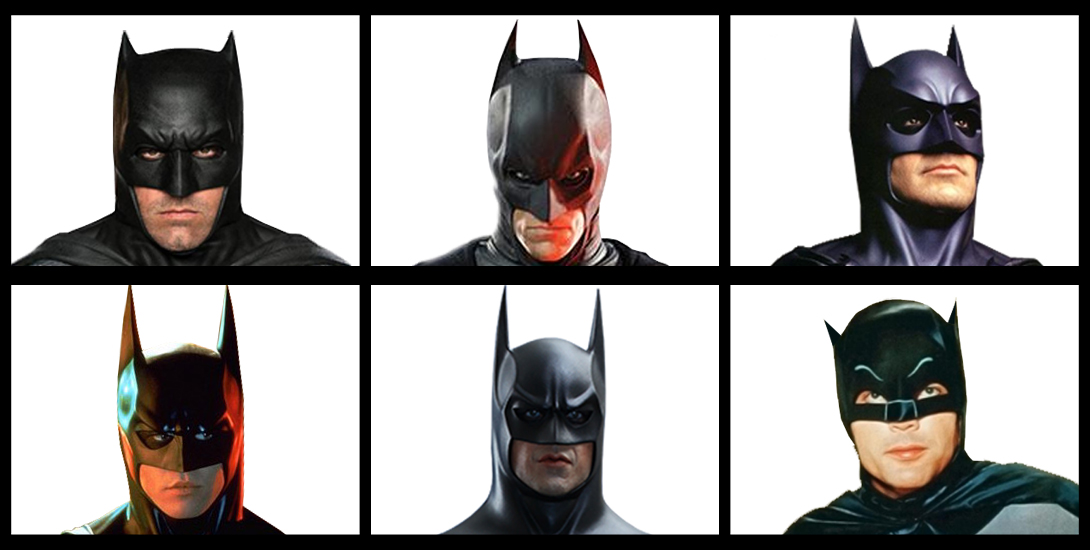