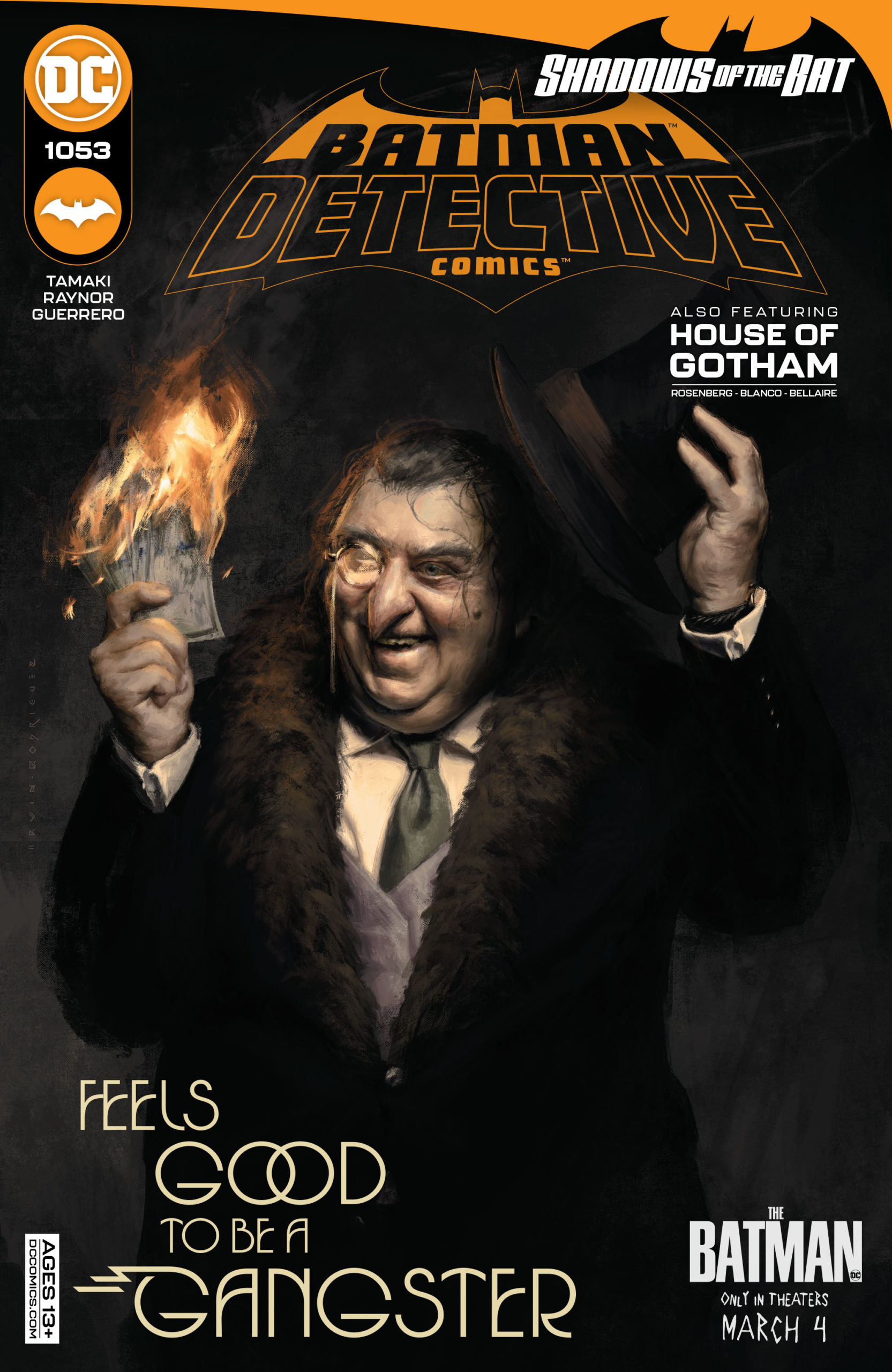 The great Arkham Tower con is starting to catch up with Dr. Wear. Sharks (Penguins and Bats) are beginning to smell blood in the water. Can he keep up his scheme any longer? If Only he had a Justice League-level villain in his corner… oh, wait… he does! All of this can be found in Detective Comics #1053!

This issue kicks off with some POV of the con man who conned us by dying in the first issue of this arc. Little did we know that Dr. Wear would become an integral part of this story, in fact, he’s responsible for all of the bad things currently in play at Arkham Tower. SIDE NOTE: Did I not say seven weeks ago that he made my skin crawl?! My Bat senses were tingling from the start! Well, now that we’ve had some much-needed clarity on who the baddies are and how they’re in control, it’s time for the good guys to step up.

We finally get to see the team of Nightwing, Batwoman, Huntress, Orphan, Spoiler, and Oracle fighting the good fight on all fronts. I, for one, love the Bat Family. I’ve been pleading with DC to do a high-profile Bat-Fam book for years! Little did I know I’ve been reviewing one all this time! With Batman off fighting Abyss, Red Hood leading Task Force Z (great book, read my reviews!), Robin (Damian) on Lazarus Island and Duke Thomas with the Outsiders, it begs the question, where’s Tim Drake during all this? I wish he was present, as he’d be the final cherry on top of this Detective Comics Sundae of joy!

Mariko Tamaki, I know sometimes you read my reviews, you’re an outstanding writer, and I trust that you will be bringing in Tim by popular demand when the story is ready… Please?!?

The issue, amazingly drawn again by Max Rayno, takes us on a tour of the highest and lowest places in Gotham. We’re treated to a cameo from the somewhat terrifying Oswald Cobblepot, too! The latest Joker gang (called the Party Crashers) stands trial for all of 10 minutes and we’re also reminded that in Arkham Tower there’s a young woman who claims to be Harley Quinn. She looks like Harley, is drawn very well, and was even featured on the main cover of Detective Comics a few weeks back, but everyone keeps mentioning how she’s not Harley Quinn and doesn’t even look like her. Am I missing something here? Will she be revealed to have been a hero, the real Harley, or even someone else completely by the end of this story? Only time will tell.

Shout out to another returning character, Deb Donovan Returns, after being integral to helping the Bats during The Jury and Mr. Vile’s Assaults on Gotham. As well as getting Jason Todd over to Task Force Z, we’re treated to a little cameo from the Harvey Bullock of reporters! I’m glad she’s back and really hope we get to see more of her as this story unfolds.

I Will Break You. Oops, I Mean… I Will Make You

Forgive me, loyal reader, I have failed you. Over the last seven weeks, we’ve seen a child called Roy Dowd, who was probably about 10 when this started, witness his parents being murdered by The Joker. He was traumatized by Batman (chasing Joker) and was subsequently put into Arkham Asylum. There he was interviewed by a falling off the deep end Dr. Harleen Quinzell.. then he was traumatized again by the sight of Clayface. What’s worse, he went on to be groomed by Scarecrow and fear gassed to the point of mental trauma. A little after that he was adopted by the Penguin, then beaten and arrested by Robin (Jason) and put back in Arkham. It makes me want to cry…

In this issue, there’s a big Arkham Riot and mass escape, led by Roy’s new friend, Bane. That’s when it hit me. Roy’s been living through milestone events in Bat-History. This was the part in Knightfall when Bane broke everyone out of Arkham to weaken Batman before the back-break. Each story Roy’s been a part of tells us where we are in the great Bat-timeline! I can’t believe it took me this long! I should have noticed it with Scarecrow because I knew that plan looked familiar! Also, this already interesting backup story just joined the awesome club!

I gained a lot of clarity after reading Detective Comics #1053. It took weekly stories (that frequently have a lot going on from start to finish) to us remember what we were reading, what we know, and how cool both these tales are. I highly recommend this issue!