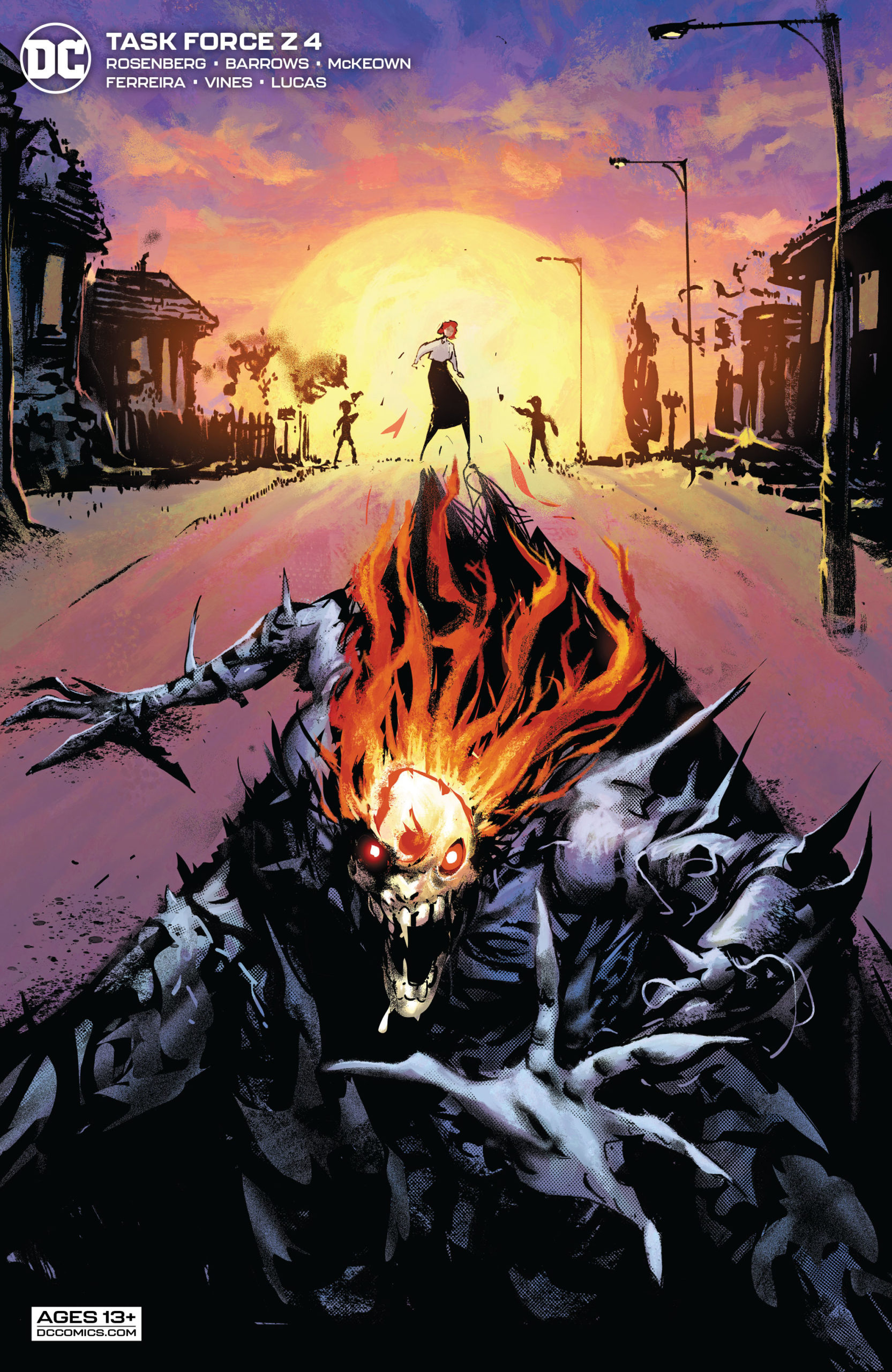 A team of villains is being forced to go on suicide missions… except they’re already dead before the mission’s even started. This must be Task Force Z. We found out at the end of the last issue that the person pulling the strings of Task Force Z was none other than Harvey Dent. I was shocked and intrigued! We find out this issue that poor old Harvey’s once again trying to get back on the straight and narrow, but Jason Todd’s going to take some convincing.

After some wonderful dialogue between the two old foes – it was great to see a comic book conversation not end with a smash/ crash/ explosion – we’re also given breadcrumbs leading us to a lot more questions… even though we’ve been lucky enough to finally get some answers.

Mr. Bloom has been the odd one out during this story so far. He’s not dead and he’s definitely hiding something. What is he up to, and what is his end game? I love the mystery that’s ever-present in this book. Every time we get a reveal there are two more mysteries thrown into the mix.

Wonderfully drawn and beautifully written, this issue keeps up the trend of this title being great. Matthew Rosenberg really hits the nail on the head with everyone’s dialogue. I love the way that so many characters are all so well-realized, at times in a team book a few characters’ voices are reduced to grunts and “hrmm” ‘s but this book really does keep each characters’ voice alive (not their bodies though…) Next issue I would like a bit more from UnDeadshot though, please! I really did think this would be a gimmick book but it’s gearing up to be a smash new series with so many possibilities. Not to mention what happens on the last page of the issue as well!!! #Spoiler

Task Force Z #4 is a great issue for people who love comic book characters and reading fun comics that know how to be serious, and a little mad at the same time. I really recommend you jump on this book and tell all your nerd friends to jump on too!