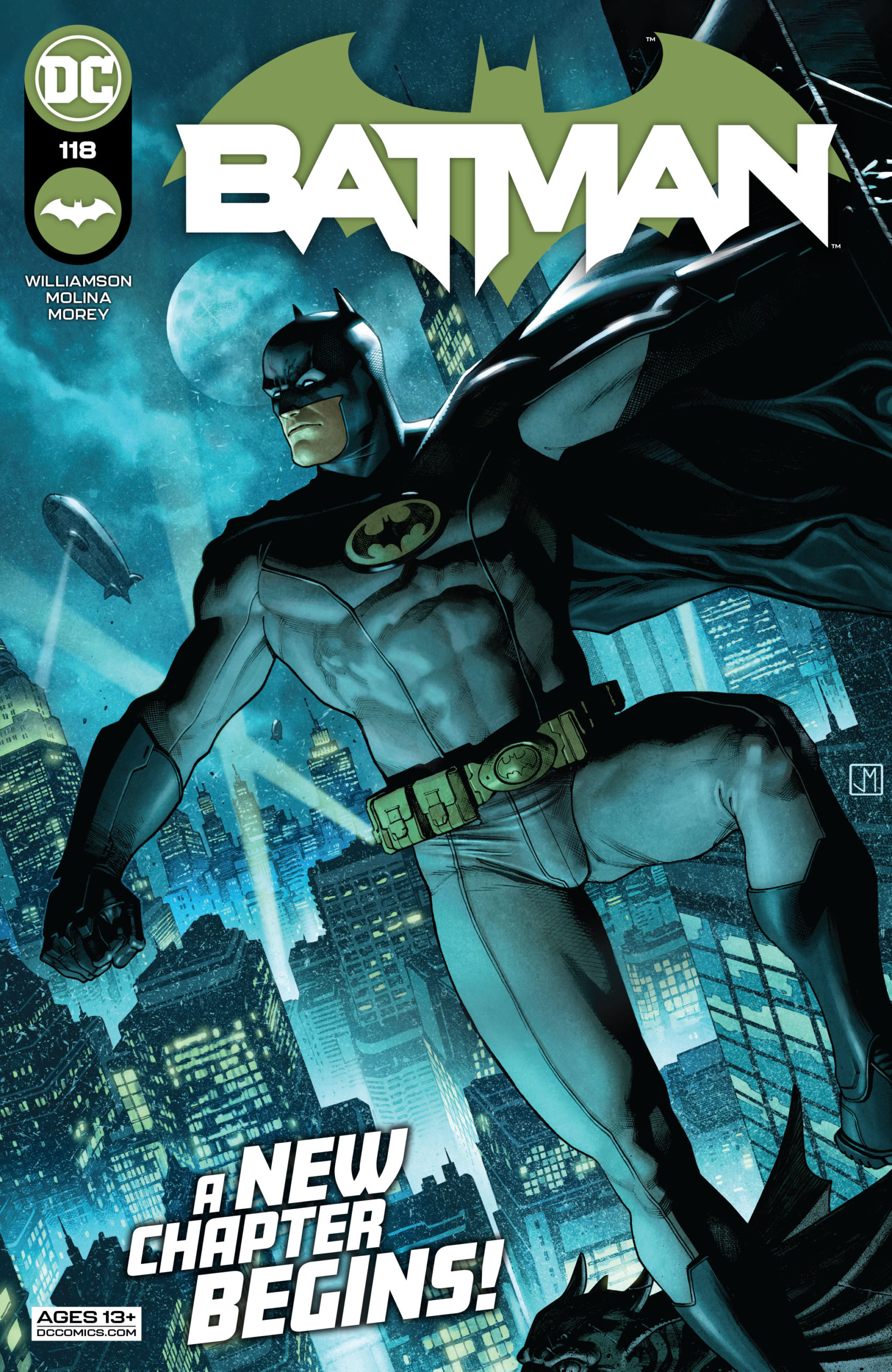 Batman #118 ushers in the start of a new era, with the creative reigns being passed onto a new voice. Following on from a triumphant run by James Tynion IV, we’re now at ground zero for the start of the Joshua Williamson era.

It’s safe to say that Williamson has certainly gone big straight away here, the literary equivalent of marking his territory. Shifting the status quo, calling back some much-beloved characters from the Grant Morrison era, as well as a shock appearance from one of the biggest DC villains of all time. It’s all in here and there’s more besides!

As the dust settles on Gotham City following the highly eventful and impactful “Fear State” event, Williamson does a wonderfully poignant job of highlighting Batman’s internal struggle. Unable to fully embrace a well-earned victory, this Dark Knight’s looking for a purpose, an adversary, and a new battle to win. To that point, there’s a wonderful page in here that encapsulates all that beautifully. When asked the question of how one would normally celebrate a big victory, we get a wordless page filled with panels showing Bruce enjoying moments with those close to him. Selina, Clark, Alfred, Jim Gordon. The common denominator here? All those are not currently active participants in his life.

As previously teased by DC, Batman’s then drawn to leave Gotham City. The destination – Badhnisia, the reason – several of his Batman Incorporated cohorts having been arrested for murder. It’s a real treat for these franchise players to be brought back into the main storyline, and for Bruce to a new destination and surroundings. If anything, it freshens up the playing field. Whilst Gotham City is an important and indispensable part of any Batman story, occasional sojourns to a new environment are always a nice change.

Seeing Bruce enter a foreign country with a 007 style swagger, looking every inch the international playboy, is a timely reminder of the dramatic skill and ability to inhabit different roles that he possesses. For however long he stays overseas, we’re going to be in for an eventful ride.

The final page and panel in Batman #118 are a real high point of an issue that’s full of great art. The introduction of such an A-list villain to the mix is a real coup. Whilst this character isn’t a traditional Batman baddie, these two have crossed paths countless times before. These two men are always the smartest men in the room, so the potential here is enormous. The sheer amount of cerebral back and forth will be a joy to watch. Having this man revealed as the new financial benefactor of Batman Incorporated is a delicious proposition. Sparks are set to fly!

Batman #118 is an extremely solid and eventful start to a new era of Batman stories. The setup’s tantalizing and the table setting for what is to come is a potent mix of the new and the old. I am fully on board for the future and look forward to it with bated breath.