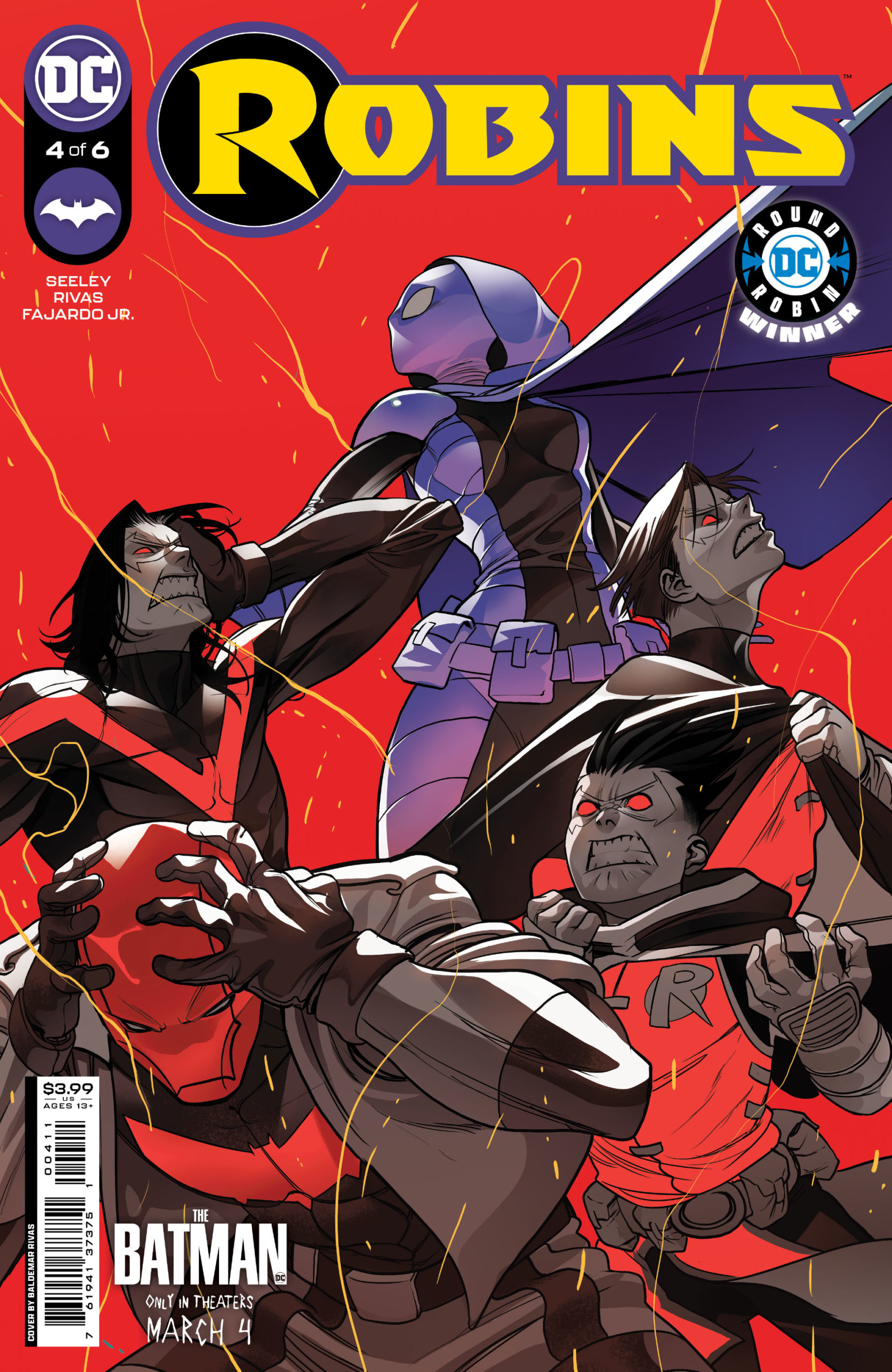 Robins #4 deepens the mystery while unraveling the web, as we close the second act of this intriguing six-issue mini-series.

Jenny Wren, a lethal villain who claims she was Robin before Dick Grayson, Jason Todd, Tim Drake, Stephanie Brown, and Damian Wayne, has kidnapped Tim and hacked into the Batcave computers. Sending all the Teen Wonders on a merry case after Anarky and other teenage villains, Wren is slowly exacting her revenge on those she feels usurped her role.

My favorite thing about this series is the writing. Don’t get me wrong, the book looks nice, but I’ve always appreciated a writer who loves what came before, and who does their research. All the “gauntlets” and original cases Tim Seeley has mentioned in these pages happened in the comics. Whether Jenny was or wasn’t the first Robin, however, I’m still not sold on.

The old tale of Jenny Wren makes her out to be a liar, so whether she’s telling the truth about her past, or just believes she is will most likely be revealed in the third act, which will begin in next month’s penultimate issue. Either way, she has rapidly become one of the most intriguing new villains of recent years, so I’m hoping she will return to plague one, or all, of the Bat-Family again in the future.

Robins #4 was another fascinating romp and a great example of a character-led story. Every Robin is well-realized and both looks and acts as we would expect, even after decades spent enjoying all their adventures. This series shows all of them as detectives too, which is an aspect of all these characters, including their mentor, which is far too frequently ignored.

I’m really looking forward to learning the truth about Jenny Wren, and seeing how the Bat-Family will get to win against someone who may have been one of their own.