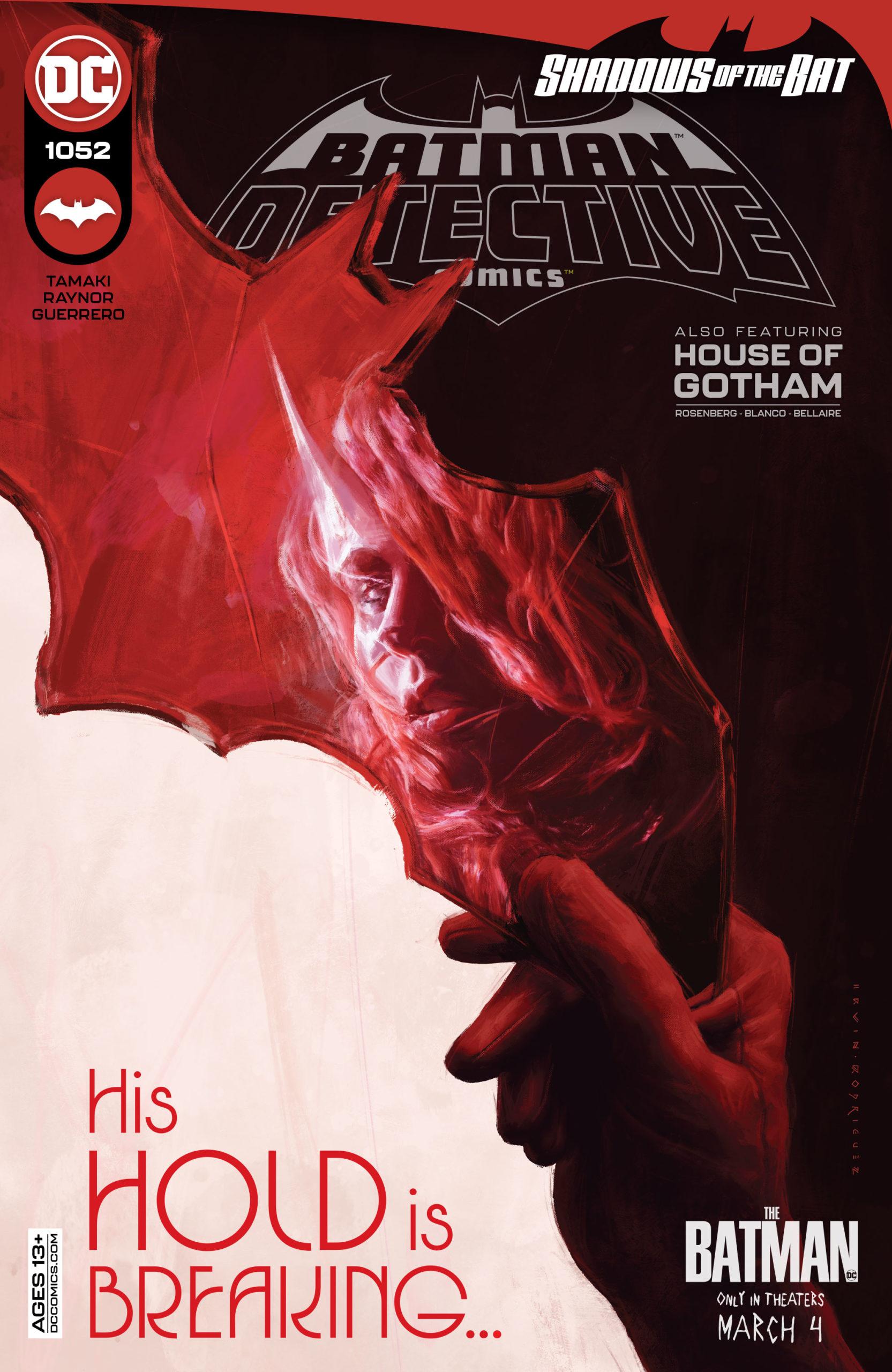 Psycho Pirate has been revealed, Dr. Wear is nothing more than a con man, and our heroes are so close to discovering the truth, but will the scales tip in their favor, or will everyone wake up feeling fine… What was the question again? Find out in the amazing Detective Comics #1052!

His Hold Is Breaking

The man behind the curtain is finally revealed, you guys don’t know how long I’ve waited to write these words: – PSYCHO PIRATE. The multiversal threat, the fourth wall breaking, mood controlling, only being in the universe that gods and cosmic beings fear! What is this omega-level threat doing at the moment, I hear you ask… helping his friend with a pharmaceutical con to make some money. I know, he could control the world if he wanted, but at the end of the day, this is not a man who is thinking rationally. So here we are.

Our issue begins with Dr. Chase Meridian thinking about stories her patients have told her, as well as remembering the time Batman saved her from a costumed villain. She doesn’t specify who, but the location looks very similar to a Batman Forever location, a lovely little nod to her character. The story’s heating up as well. We now know what’s going on at Arkham Tower, and the way Mariko Tamaki has told the story means that we, the reader, know more than the characters in the story do, giving us the tease, the urge, the need for our heroes to connect the dots! I love this, as it makes me want to read more and more until everyone knows everything.

It’s hard to praise the art of this book without sounding redundant, it’s been consistently amazing. Guess what? It still is. I love the way the characters are drawn when under the control of Psycho Pirate and the difference when they’re released for a second. Max Raynor, I salute you, sir. The book is a wonderful thriller mystery that lets us see how the Bat-Family, without Batman, use all of their respective skills as detectives to solve this mystery.

Does Robin Look Different To You?

Another week, and I can’t help but wonder what misfortune will befall young Roy Dowd, the lad has been a punching bag every week for the last month and a half and I feel bad for him. If only a young hero could take him under his wing and listen to him, and help him… Maybe Robin the Boy Wonder? Perfect… Unless it is a young hot headed, pre-dead… Jason Todd. We see that Robin has now evolved into Nightwing and Batman has taken on Robin II. So, when a level-headed boy wonder would be perfect, instead we have an angry young boy looking to prove himself to his Bat-Dad. Once again Roy’s not going to make it out of this issue smiling. Maybe next week?

Also as always, Fernando Blanco’s visuals on “House of Gotham” are wonderful too. I’m sad that we didn’t get any pages from the second story, but if it means there’s more chance of the Dynamic Duo of Rosenberg and Blanco, plus Bat-Family comrades-in-arms, Jordie Bellaire and Rob Leigh picking the book up for themselves, then I can deal.

Detective Comics #1052 is like a drug I’m hooked on, I’m already looking forward to next week’s issue, not since Batman Eternal have I been treated to a weekly Batman title this good!

Batman and Riddler Themes from ‘The Batman’ Released