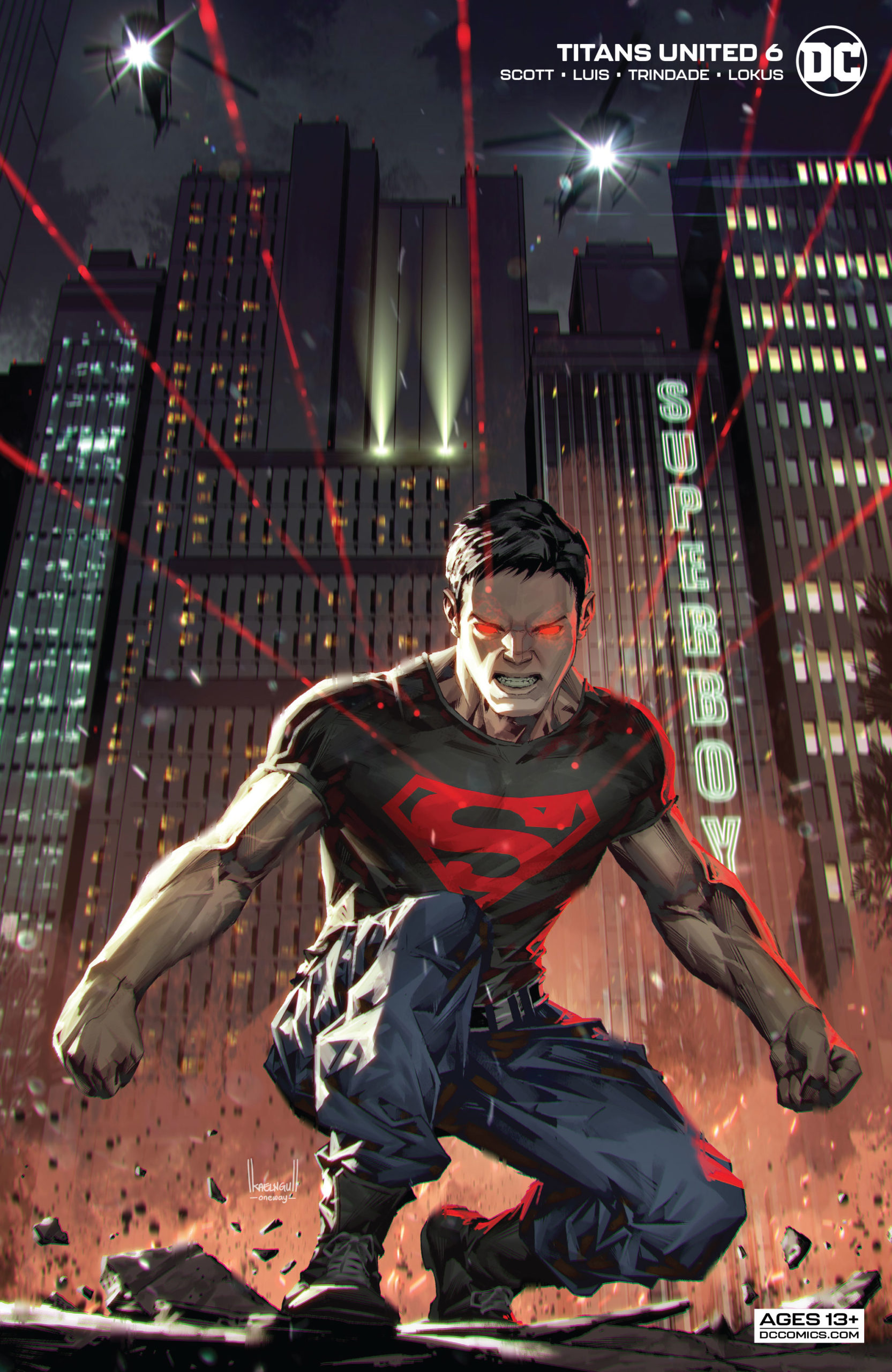 Titans on HBO Max ended a while ago now, and the dust has settled. Still burning the candle of that team is this book, and it’s still a huge burning flame! Everything’s coming together now, as Blackfire’s plan has been revealed! How will the Titans survive? Read Titans United #6 for the explosive answer!

Starfire’s had enough. She’s been beaten, bloodied, betrayed, and now she’s saved the life of someone who’s been trying to kill her for the last four issues?! Time to take some names and kick some a$$! The whole team’s been captured by Blackfire and her new boy toy Black Zero (Superboy after a spell of brainwashing).

Beast Boy’s bleeding out, Jason’s talking himself into a bruising, and Blackfire’s practicing her evil monologuing. Things have not been this bad for the Titans in a long while. 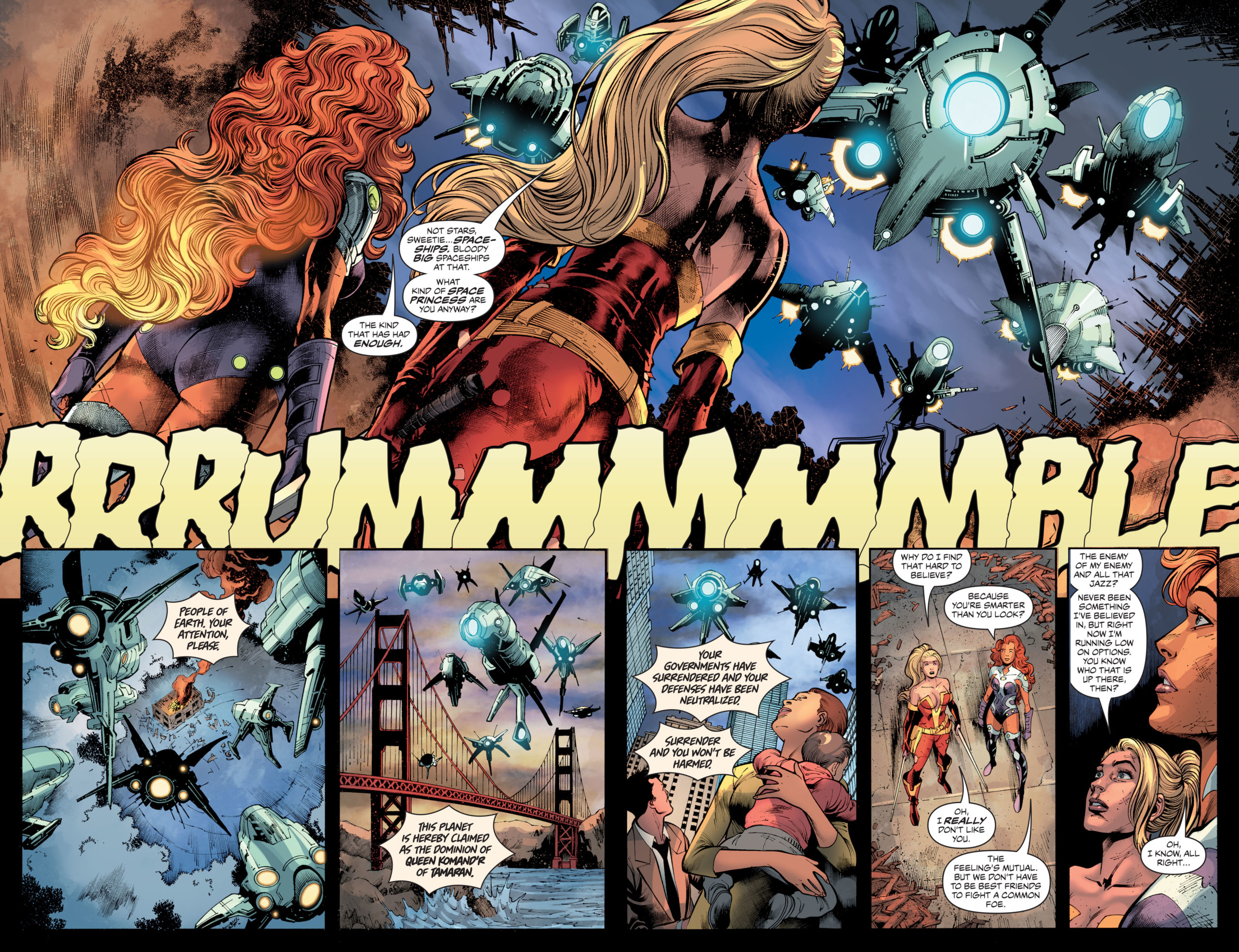 Whilst Starfire’s trying to save/fight off Lady Vic, questions arise, and as the issue progresses we realize that we may have been misled as to who the real threat is. I’m enjoying the writing of this book because it brings the elements of both the TV show and the comic book characters together in a way that some canon stories can’t. That’s nice. I still try to hear the voices of the actors in my head when I’m reading, but as the story’s become far too Michael Bay for the show, it’s starting to prove difficult.

The art is great, although Superboy’s haircut this issue does make him look a little vampiric, all in all, that would be the only fault I could find. I’ve really enjoyed the art of this book and it hasn’t faltered thus far.

Who Is The Real Threat?

With just one issue left in the series, it does seem late to add a new foe into the mix, so let’s hope that the payoff is worth it. Or, worst-case scenario, this could be a teaser for hopefully a season 2 of this title. I’ve enjoyed the comic art and madness with the TV show team, so I really hope that the book doesn’t fall into the same trap as the show, in wrapping everything up in the last 5 minutes of the season. Only the next issue will tell.

Titans United #6 is the turning point for the team, the villains, and the new antagonists. It’s a big turning point. The art is explosive, the writing’s mysterious, so definitely give it a go!