“In the Age of Ageless” 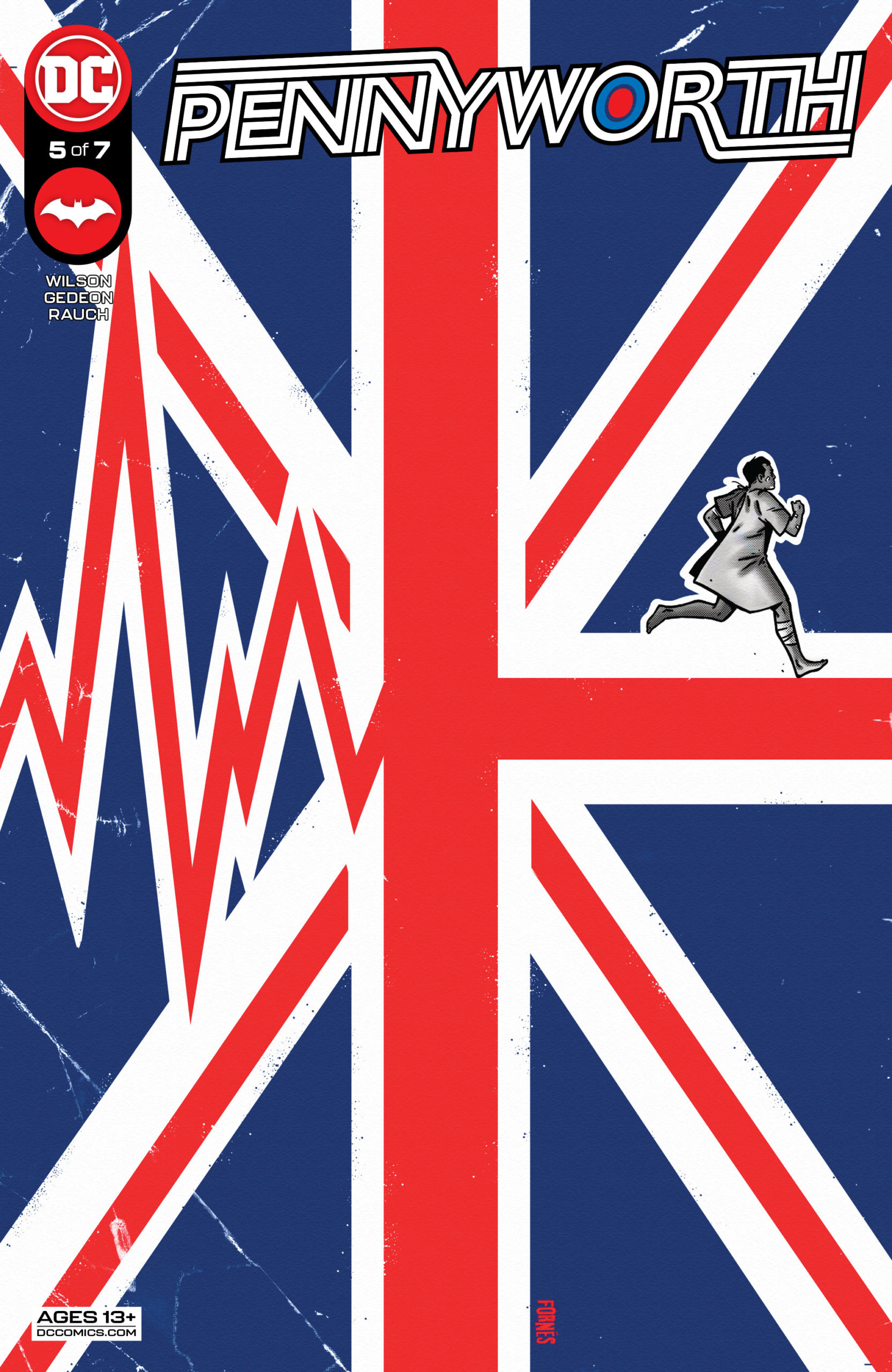 Holy cold weather, Batman! Alfie needs some help right quick before he freezes his toes off, as it’s colder than a witch’s heart out there. Now that I’ve been sufficiently British, let’s jump right into Pennyworth #5 and see what absolutely nonsensical situation Alfred’s managed to get himself into.

A Nice Cup of Tea will warm you right up

For the British, a cup of tea is a bit of a cure-all. No matter the problem slap the kettle on for a cuppa and you’ll be right as rain. This time, I don’t think Scott Bryan Wilson wanted everything to be cured by tea in this issue.

This issue clearly proves that even us Brits sometimes need medical assistance. Wilson had absolutely no chill, even though Alfred was in a sub-zero setting. Scott planned this out, I can tell he was just waiting for the moment he could have a special surprise pop out of the wintery wilderness. I am starting to understand why Alfred is so unperturbed by the shenanigans of the Batfam. Wilson’s putting Pennyworth through the wringer, as we’ve finally got a character who we know has no ulterior motive.

We aren’t going to talk about the completely mind-blowing last few pages, because… Holy Spoilers, Batman! I’d just like to say, of all the things I didn’t see coming, that might be top of the list. What, in the name of James Bond, was that? Scott, well done, sir. That was an absolute blinder of a plot twist.

Listen, it’s that time of year. I had to make the joke. There really is no excuse for how red Alfred’s face is, OH WAIT… freezing in the sub-zero climate might be one. If I ever want to feel cold without going outside I’m just going to look at Juan and John’s artwork, as I was practically shivering. That’s how you know you’ve got a good artistic team. I loved the facial expressions that Gedeon gives the characters, they’re so emotive. Especially in the last few panels of Pennyworth #5.

Well, that was quite something. There was a daring rescue, some hand-to-hand combat, and the surprise plot twist that even Her Majesty would have been proud of. If you’re sleeping on this series, you need to WAKE UP, catch up, and deal with how good this series is!