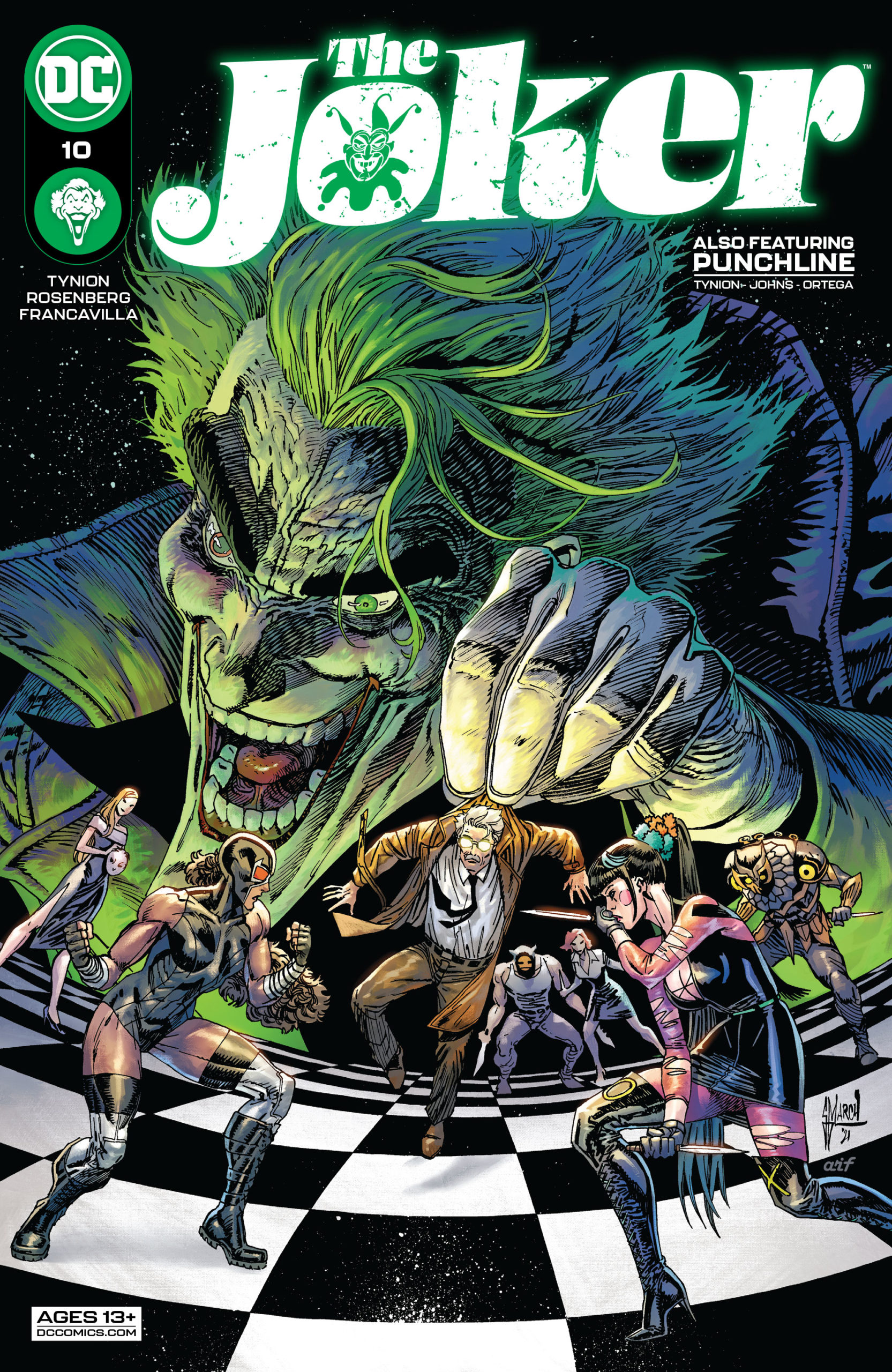 I’m only telling YOU… get some help!  Talk to that psychiatrist too Jim. Your family needs you!
– Batman to James Gordon

The Joker #10: Following the harrowing events of Batman: The Killing Joke, the course of James Gordon’s life, and that of his family, was forever changed… but what happened when Gordon’s path again crossed with The Joker’s?

Punchline – Chapter Ten: Harper Row has successfully freed Punchline’s former friend, Kelly Ness, from Blackgate. What Kelly reveals about Punchline’s past and true nature will change her criminal case forever, but will Harper and Leslie Thompkins be able to protect her from Punchline’s loyalists?

I don’t think that this historical dive into the events of The Killing Joke and the glimpse into the impact on James Gordon and his children could possibly set up a deeper impact on the choices he has before him. He failed to take the shot on The Joker earlier in this series and arguably was manipulated into helping the villain escape. The psychological impact that The Joker has made across the DC landscape is almost immeasurable.

Sam Johns and Matthew Rosenberg are providing us a case against all things Joker and Punchline, making it easier for the reader to accept that The Joker wins if Gordon kills him. The former GCPD Commissioner arguably has every right to eliminate the source of all things evil in Gotham.

Ironically in the story, we have Batman, who’s a psychological profile in and of himself in both motivation and duality, advising Gordon that he needs to accept help from a psychiatrist. One could look at this story through the lens of “the pot calling the kettle black”, but given the state of mental health in the world during a pandemic, the advice Batman provides resonates.

I’m beginning to accept the flashback stories being drawn differently, as I was addicted to the earlier issues of more intense art; full of blood, muscles, and expressions. Given the long ball of the storyline, I’m now finding it more acceptable to view this work as a complete book, rather than as a running series. Connecting the Joker dots is an intense job, but this book is doing an exceptional of it.

Lest we forget, we also get another chapter of Punchline, a story that has developed quite the cult following, both for readers and the background characters. While this book is working a separate storyline with the Joker’s girlfriend, readers are long overdue seeing these two together.

The cover of The Joker #10 says it all. The impact that this character has had on James Gordon’s family has been so significant. I never thought that the Bat-Family would ever be without Alfred, so is it now also time for one of Batman’s biggest foes to bite the dust at the hands of James Gordon? This latest installment certainly puts us on a road to where Gordon may take the pivotal shot that will resonate around the DC Universe.