“Gorillas In Our Midst” 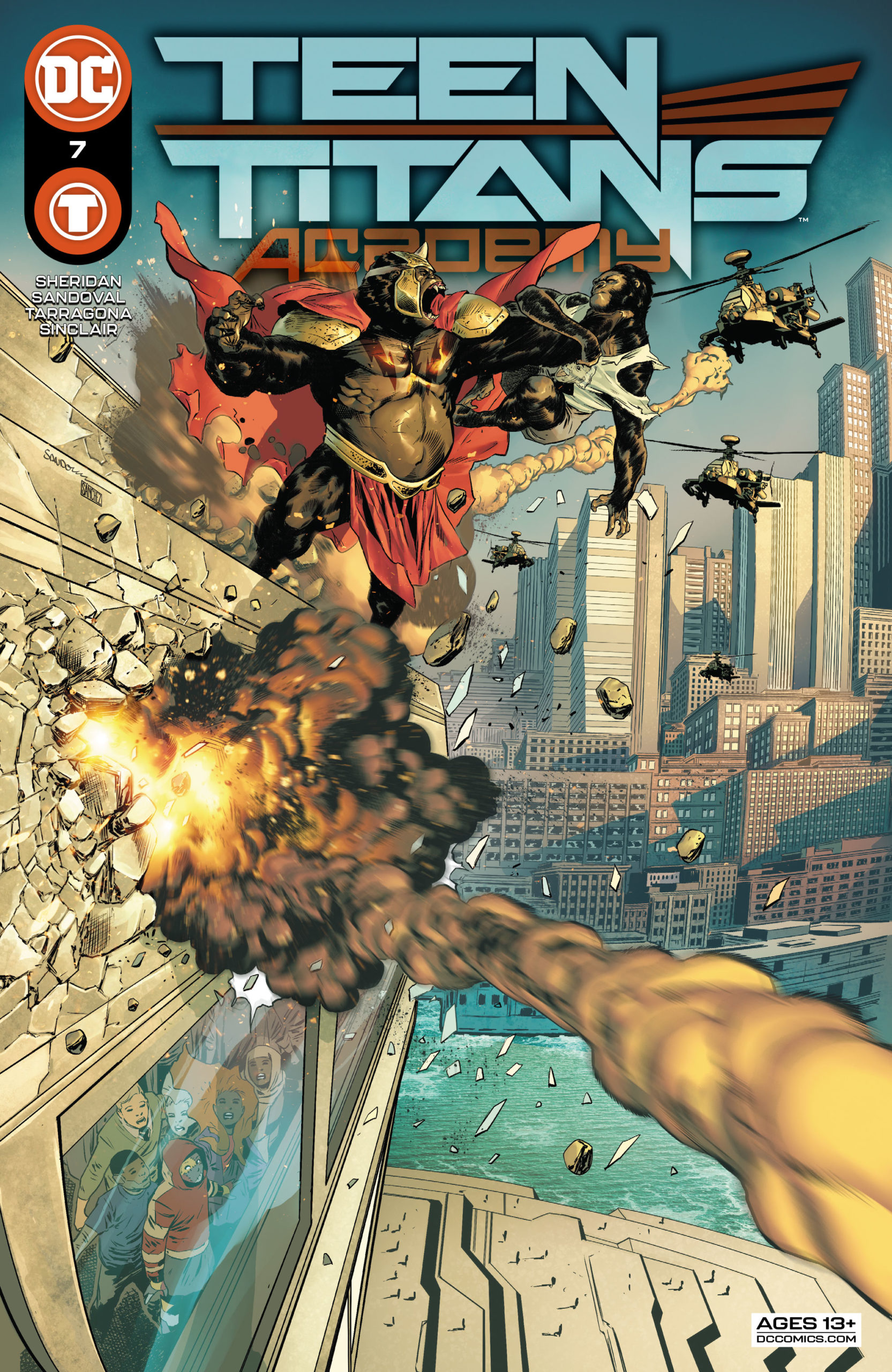 Tim Sheridan concludes his two-part story, which may have started off in a light-hearted way, but has now grown into a major confrontation involving the senior Titans team. 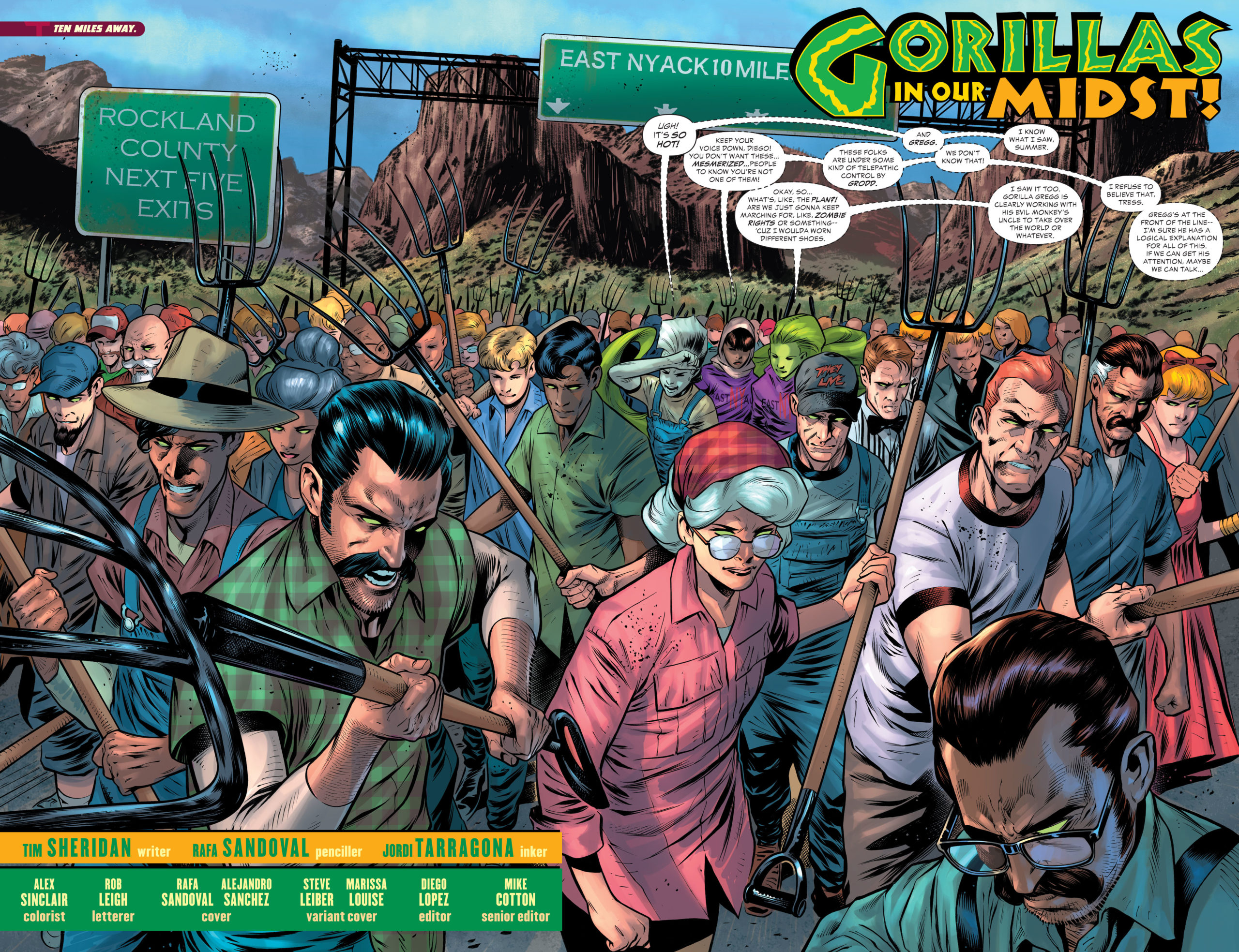 Generally, Grodd has been portrayed as a pure villain in the past, but Sheridan has added a bit of depth to the character. There’s a trace of familial affection between Grodd and his nephew that humanizes him – well that’s the wrong term, considering he’s not human, but you get the idea.

Gregg also returns these feelings for his uncle, as he wants that familial connection to Grodd, but he’s morally opposed to the villain’s agenda of world conquest.

It’s somewhat fitting that Beast Boy’s the senior Titan who has a heart-to-heart with Gregg., as Gar’s power to transform into animals makes him a bit more akin to Gregg than his teammates, who have a purely human perspective. Also, Gar also has some experience with having a villainous parental figure. Gar’s adoptive father is Mento, a superhero who stepped over the line to villainy on occasion. This means that Gar’s uniquely suited to be a mentor for Gregg.

Even though the original Titans were involved in the final battle with Grodd, it’s interesting that it’s the junior team that steals the spotlight, in particular, Gregg and Summer. Although the younger students are relatively new faces, this story has shown that they are rather formidable.

Rafa Sandoval and Jordi Tarragona have done a great job with the artwork for Teen Titans Academy #7. I loved their depiction of the battle between the two apes. You don’t get to see many scenes like this anymore. There’s very little to complain about with this issue, but I did notice one little error. Gregg refers to Gar as “Mr. Changeling” instead of “Beast Boy”. Gar dropped the name Changeling and went back to his original nom de guerre. Or has Gar decided to take up this name again? Hopefully, future issues will make it clear which name he’s using.

Teen Titans Academy #7 is another solid issue from Tim Sheridan. When I first started reading this title, I didn’t really expect to get too attached to this new crop of younger Titans, but I’ve found that they’ve grown on me. This title is always a fun read, and I look forward t seeing what Sheridan has planned for the Academy’s Fall semester.