Bat Signal To Shine Over London For Batman Day

Batman Day will be observed on Saturday, September, 18 and the city of London will celebrate by beaming the legendary bat signal into the skies!

A Batman for all seasons

With both Batman Day and the opening of Oktoberfest occurring this Saturday, fans everywhere are preparing to raise a stein of bat-brew to the sky and toast the Dark Knight. London Town is going a step further and shining the iconic bat signal onto its Senate House for a half-hour at 8 pm and again at 10:15 pm. This is a one night only event, so Batman fans throughout the Swinging City should start making their plans to check out the festivities! 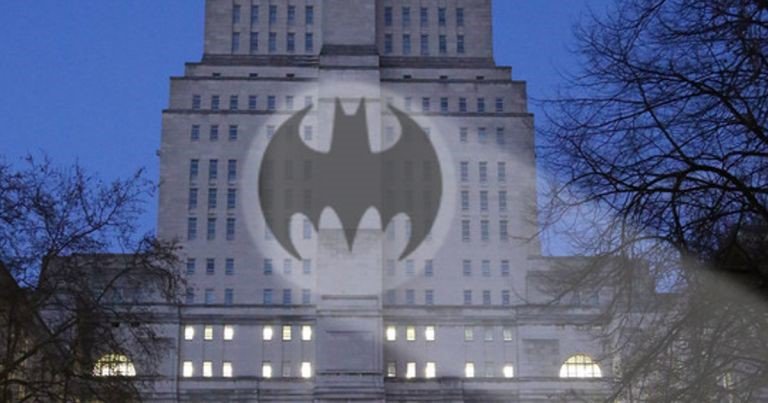 Shine a light on me

Few characters have ever captured the imagination of the world like Batman, and I certainly can’t think of another hero that manages to embody all the essential traits of goodness and selflessness, while also delving into the darkest depths of humanity.

When times are at their worst, the bat signal lights up the sky with a rousing image of hope, a promise that the poor and victimized have not been forgotten. It may have started out as just a 10 cent story for children, but it has grown to embody something every child aspires to be.

Batman is a hero for everyone, and I can think of no better way to celebrate his special day than to witness his symbol shining over the streets of London. The only thing that could possibly make it better are pretzels and beer, and there should be plenty of those too!

Batman: The Long Halloween Creators Talk About The Anniversary Special