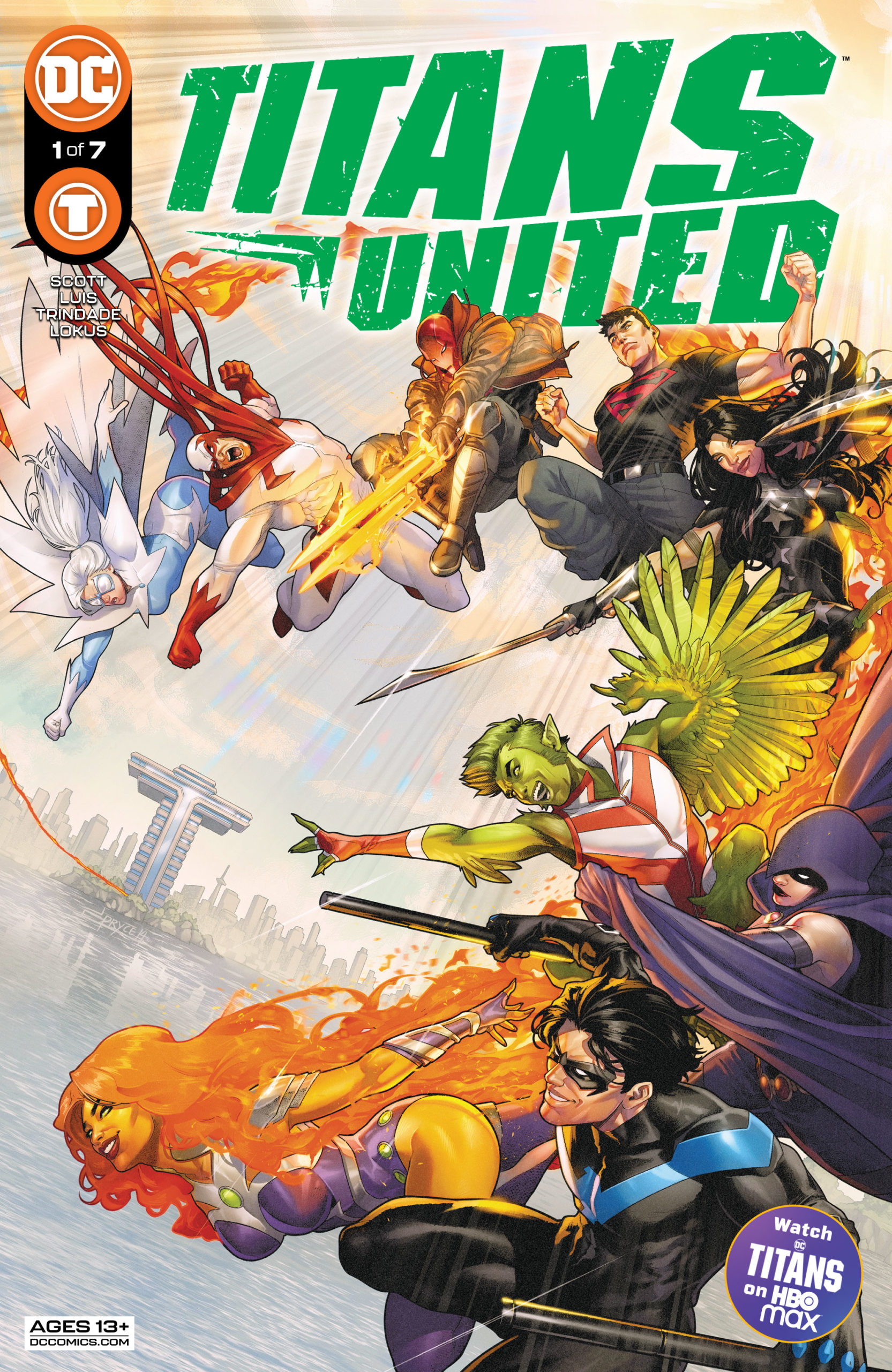 Titans on HBO Max has been going strong for two seasons and is now midway through its third, so DC has decided to release a comic starring the same team of Titans that appear on the show. This book gives fans of the series a lineup they recognize and fans of Titans comics a book that doesn’t have to fit in with the canon stories that are currently on the shelf. Titans United #1 is a fun comic for comic book lovers!

When I started reading this book; I knew it was inspired by the TV show Titans team. You’d better believe that I read it with the voices of Brenton Thwaites, Curran Walters, Ryan Potter, and the gang in my head. Jason Todd in this book is written slightly more hostile and petty than usual, and Beast Boy and Raven were slightly less experienced. It all fits.

The book shows the team taking on a low-level criminal trying to keep on the straight and narrow until he’s given a huge power boost. It takes the combined strength of a Kryptonian clone, the Daughter of a demon, and an Amazonian to even put a scratch on this guy. Which begs the questions, who is he, and who gave him this insane, uncontrollable boost of power?

We see some new clashes in the team between the likes of Superboy and Red Hood, (who were good friends on the show, after Connor saved Jason’s life) when something happens to the Super Clone that shakes the team in an unforeseen way.  The ever-reliable leader of the Titans, Nightwing, then has his work cut out for him on this new, challenging adventure!

The writing on this book from Cavan Scott is a perfect combination of what we see on the show, combined with the long legacy of the Teen Titans. Of course, some things never change, like Beast Boy being a goofball, while others vary from the norm, like Starfire being a bit more stern; as per Anna Diop’s portrayal.

The art is very reminiscent of Mike McKone’s great run with Geoff Johns. I think this gives readers a sense of familiar comfort. I’m a fan already! I was very impressed by the art by Jose Luis and Jonas Trindade, as this book felt as if it was drawn specifically for long-standing Titans comic fans!

Titans United #1 delivers a great start to what I’m sure will be a thrilling story. As a fan of the show, and just about every run of Titans comics ever, this book ticked all the right boxes. I can’t wait to see where this story goes, and if we’ll see consequences that wouldn’t be possible on the show, or in the current (brilliant) Teen Titans Academy comic.

This was a great start to the limited series. Jump on and get reading, Titans fans!

Bat Signal To Shine Over London For Batman Day