Silly ‘The Suicide Squad’ Outtakes Were Inspiration For ‘Peacemaker’ Series

John Cena is known as one of the most generous guys in Hollywood; a man who’s fun to work with and great with fans. His character, Peacemaker, from The Suicide Squad and the upcoming titular series, however? Not so much. Recently, Cena explained that he believes his outtakes while exploring the character could have led to the Peacemaker series.

Peacemaker is a pretty brutal character in the DC Universe. His efforts to attain peace at all costs definitely seem like something that toes the line of morality. Peacemaker being one of the Suicide Squad recruits only serves to support this idea.

During filming, John Cena often pushed the boundaries on what he could say in character, the actor says that all of his outtakes from filming the blockbuster were “grossly inappropriate” and “certainly not acceptable”. Furthermore, he adds that the cast and director James Gunn really let him play and explore the Peacemaker character: 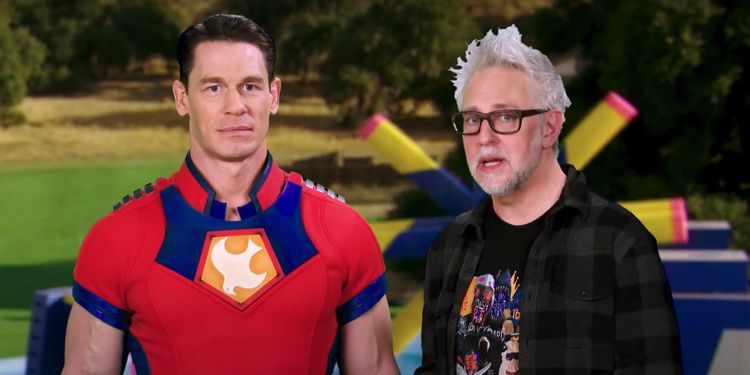 In pushing the boundaries of Peacemaker, I started to lean into a lot of the nuances that I enjoy. None of it made the movie – not one bit – and everyone on the cast was very patient during that exploration. A lot of it was grossly inappropriate – certainly not acceptable – but you do get to a place where you define a character… Although none of those outtakes, not one, made the movie, I think a lot of those moments might have inspired James (Gunn) during the pandemic to write the Peacemaker episodic to be able to lean into some of those moments. So I’m very gracious and thankful for the cast and James as well for allowing me to waste a whole lot of time.

Even if Cena was wasting time, his debauchery led to the creation of the Peacemaker series. Although it will be gross, the episodic Peacemaker story will certainly be entertaining. Even with all his nastiest lines getting removed, Cena’s natural charisma will certainly make Peacemaker one of the more popular anti-heroes when The Suicide Squad is finally released in just a few more days in the U.S.

Let’s hope we get to see some of those outtakes on the Bluray/DVD home release.

Peacemaker will be released on HBO Max in 2022.

Matt Damon Was Almost Part of the Batman Franchise