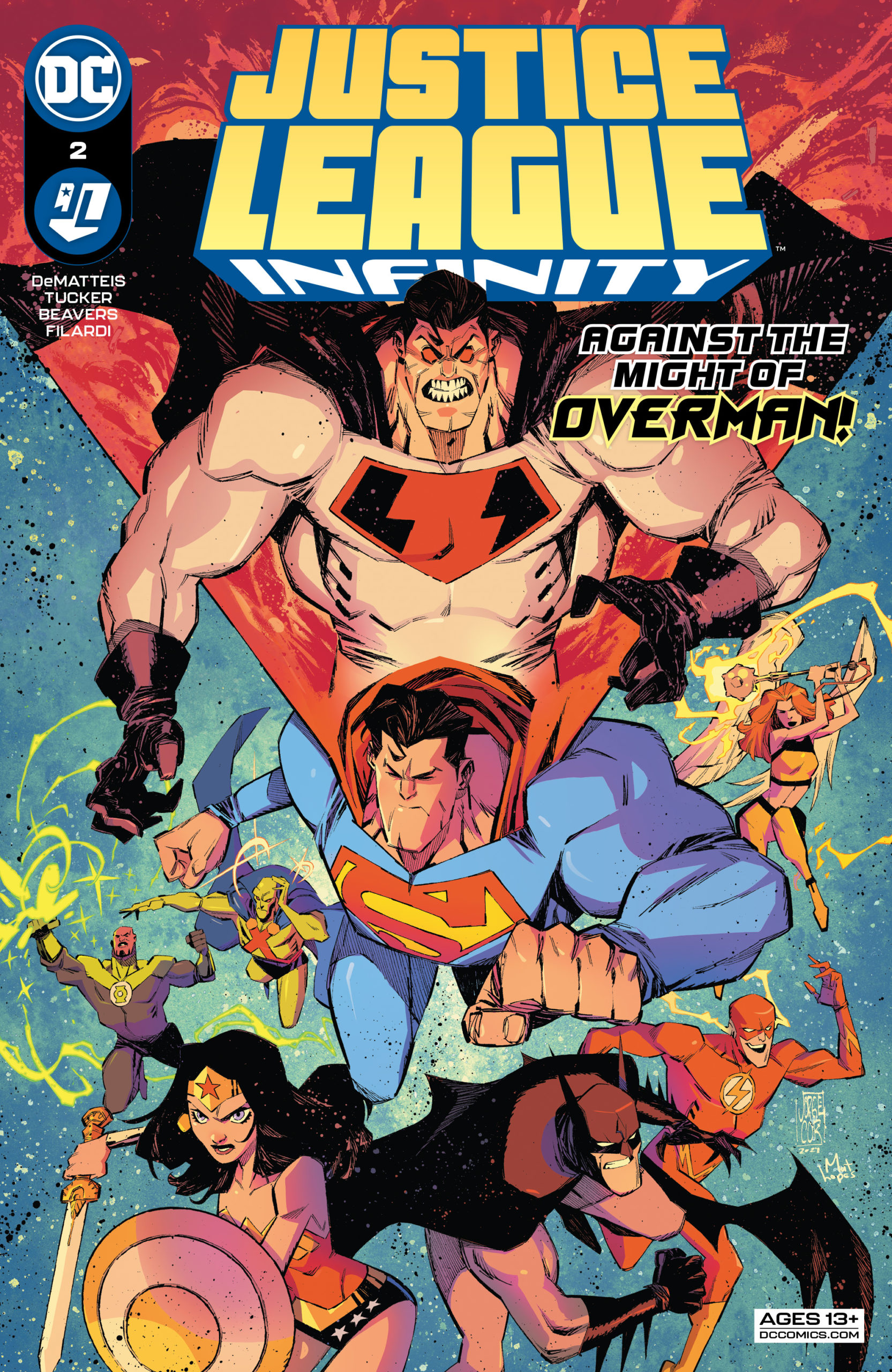 The DCAU Superman has had better days. One moment he’s having a romantic dinner with his boo, Lois Lane, and the next he’s transported to an alternate Earth run by Nazis. Talk about a crappy end to a date! Meanwhile, Overman (a Nazi version of Superman) has been zapped to the DCAU Earth. Chaos then ensues, as Superman navigates the perils of Nazi America, while Overman throws down with the Justice League.

Which Multiverse Are We Talking About?

From the get-go, it was obvious that Justice League Infinity was going to tell a story about the Multiverse. This is very significant for the DCAU, as this concept was barely explored during its tenure on television. However, it’s not clear if we’re dealing with the same Multiverse that includes Earth-0. While there are some visual clues that point to the DCAU’s inclusion as part of DC’s comic book multiverse, the jury’s still out. It could be that this is simply a DCAU multiverse separate from Earth-0’s version. Let’s look at the evidence.

For starters, there’s Amazo’s vision. The android’s been traversing the universe in search of meaning. He’s lured to a place called the mirror, which upon his arrival, begins to crack. These cracks seem to be holes within the universe that show images from others. One of these cracks shows President Superman from Earth-23. Thus, it’s plausible that we’re dealing with the Multiverse featured in The Multiversity (Grant Morrison’s 20014-15 masterpiece that establishes the 52 Earths in the local DC Multiverse), as President Superman was one of the main characters in Morrison’s series.

However, things get complicated when dealing with The Multiversity, as it featured an entire issue about Earth-10’s Overman. The nazi Superman’s origin story seems very different from the one presented in Justice League Infinity #2. While this issue doesn’t outright contradict the “Master Men” issue of The Multiversity, from what I can remember (it’s been a while since I read the story), it’d be a stretch to say that this is the same character. The Justice League Infinity Overman appears angrier and more confident in his purpose than the original.  It seems that this version of Earth-10 (or Earth-X in the pre-Crisis on Infinite Earths’ Multiverse) has some connection to a three-episode Justice League arc title “The Savage Time”.

There’s another alternative worth considering: this isn’t the Overman of Earth-10, but nevertheless is a part of DC’s newly established “Omniverse”. The Omniverse is essentially a cosmology established post-Death Metal where there are multiple multiverses alongside the version established in The Multiversity (as if things weren’t confusing enough). Basically, this is a way for DC to have its cake and eat it too: every story matters and is considered canon in one way or another. So, the DCAU version of Overman can coexist in the same overarching continuity with Earth-10’s Overman, Earth-0’s Superman, Earth-DCAU’s (copyright pending) Superman, etc. …

Ethan Beavers’ art on this title is incredible. As I mentioned in last month’s review, Beavers does a great Bruce Timm impersonation. However, he also adds a psychedelic flair to the Amazo scenes, which makes his aesthetic distinct from Timm’s. Also, Beavers has a proclivity to include lots of shadows in his work. Frankly, this is a nice touch. Often when comic book artists attempt to imitate Timm, their work looks flat. However, Beavers’ use of shadow adds depth and texture to his figures. Overall, I’m very impressed. Timm’s magic is not easily recreated. Beavers comes really close.

Justice League Infinity #2 is riveting. DeMatteis and Tucker’s script is wonderfully paced and engaging. It poses so many questions for the larger DC Omniverse while remaining true to the original series. Beavers does a wonderful Timm while bringing his own je ne sais quoi. I’m so excited to see what’s next.

Final Verdict: It doesn’t get much better than this.