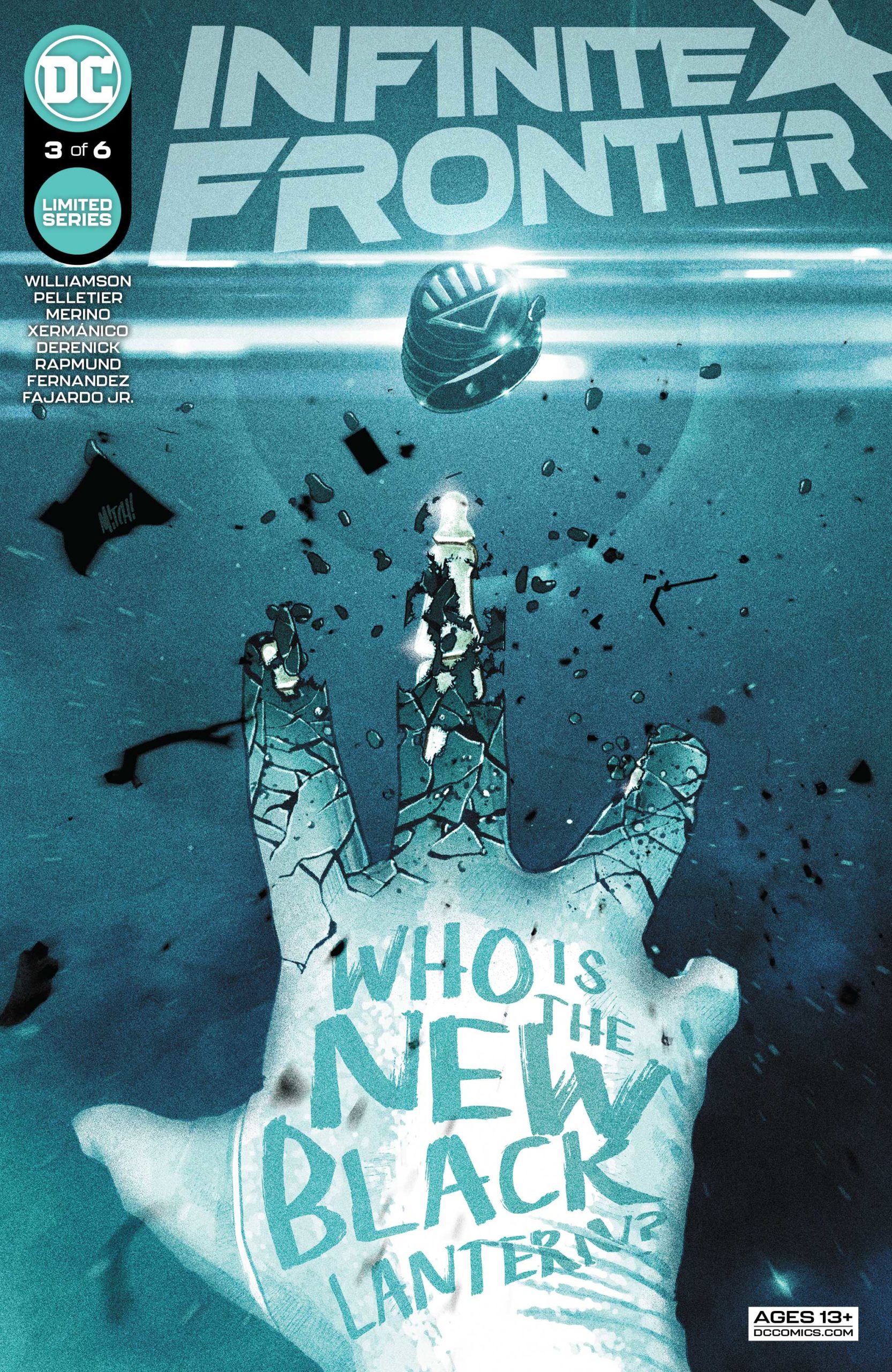 Events take a dark turn in this week’s Infinite Frontier #3, as Roy Harper finds himself stranded in deep space with a black power ring.

Having been raised from the dead after the events of Dark Nights: Death Metal, Roy Harper has suddenly become a Black Lantern, and seems unable to control his newfound powers.  Infinite Frontier #3 features a baffled Roy floating in the void of space, waiting for someone to save him. While there he quickly discovers that the line between hero and villain is incredibly fine in this new, post-Death Metal DCU.

Amid the well-defined trappings of a DC Crisis prelude, Infinite Frontier #3 begins to carve a separate identity, district from the various other Crisis/Crisis spin-offs. While it’s obvious that Joshua Williamson is setting up for a major DC event, I keep asking myself “where’s Williamson going with this?” Although he hasn’t made an actual appearance in this or the previous issue, Darkseid is definitely a part of the writer’s endgame. Nevertheless, Williamson has yet to tip his hand. It’s still a mystery as to how each of these various plotlines will coalesce around Darkseid. Normally with these types of series, this wouldn’t necessarily be a problem; however, Infinite Frontier is billed as a six-part miniseries (seven if you could the zero issue). It’s already halfway done, and I have no idea where any of this is going. 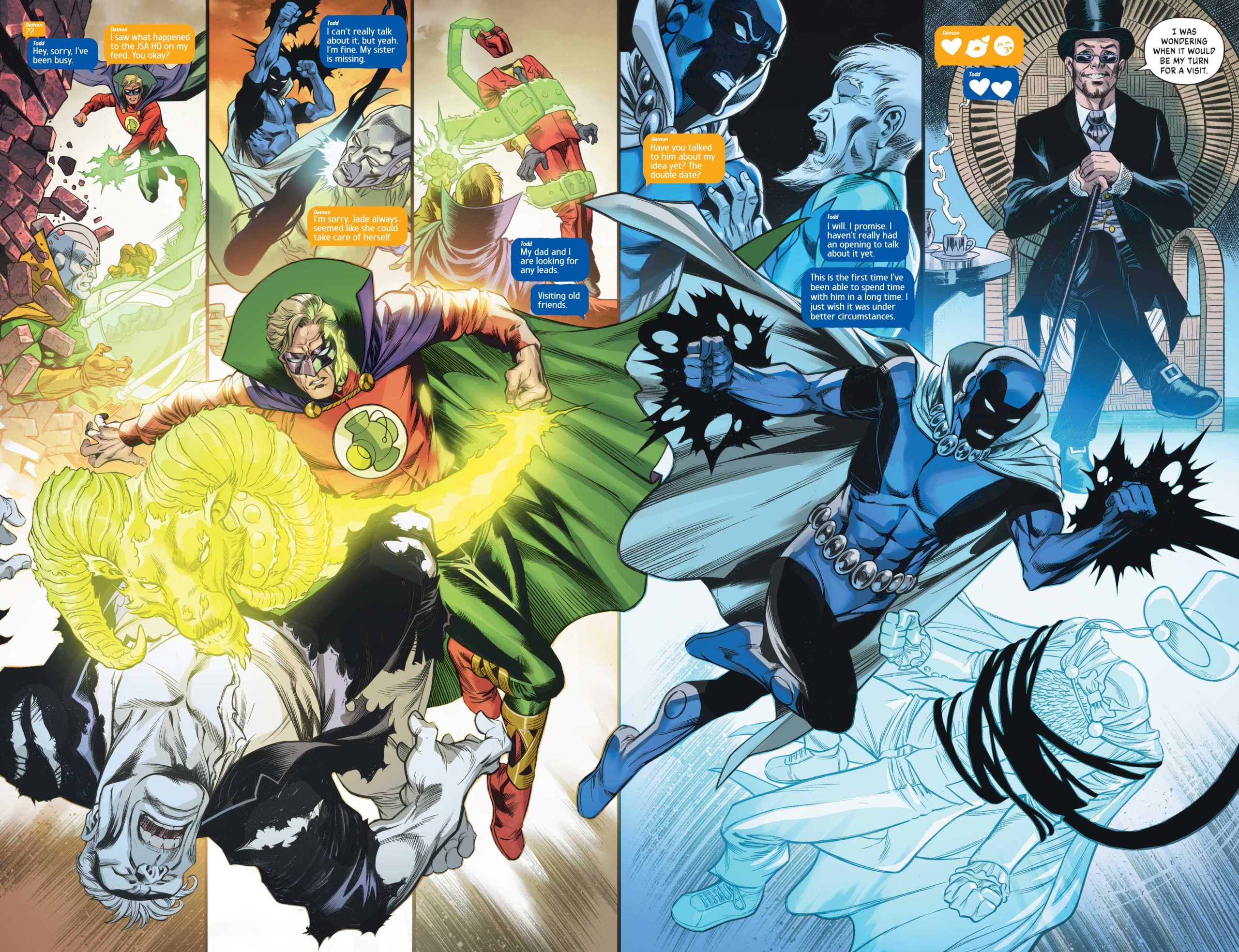 The Gang’s All Here

Once again, Xermanico is joined by a rather large team of artists, which seems to be growing with every issue. Usually, when there are too many chefs in the kitchen, they tend to break an egg or two. Luckily, this team seem to be really good at making omelettes. Nothing feels out of place with this issue, and if different artists were responsible for different portions of this title, you’d never know it. The entire issue feels as if it were done by one penciler/inker.

The only moments that feel distinct have a specific context to them that would allow for a break in the aesthetic continuity. These scenes/panels are either flashbacks or dream sequences; therefore, they don’t feel unusual. Rather, they’re visual signals to the reader that something’s different story-wise about these scenes. Overall, it works really well.

Infinite Frontier #3 is a fairly strong issue. Williamson continues to weave an intriguing tale while Xermanico and team produce quality art. In many ways, this issue begins to carve out a separate space from the other Crisis oriented titles DC has published over the years.

While at first, Infinite Frontier felt like a riff off other DC events, Williamson has managed to ground his story in a distinctly post-Death Metal continuity, which helps give this story a more district identity. My only reservation at this point is that he won’t be able to stick the landing with only three issues left in the series.