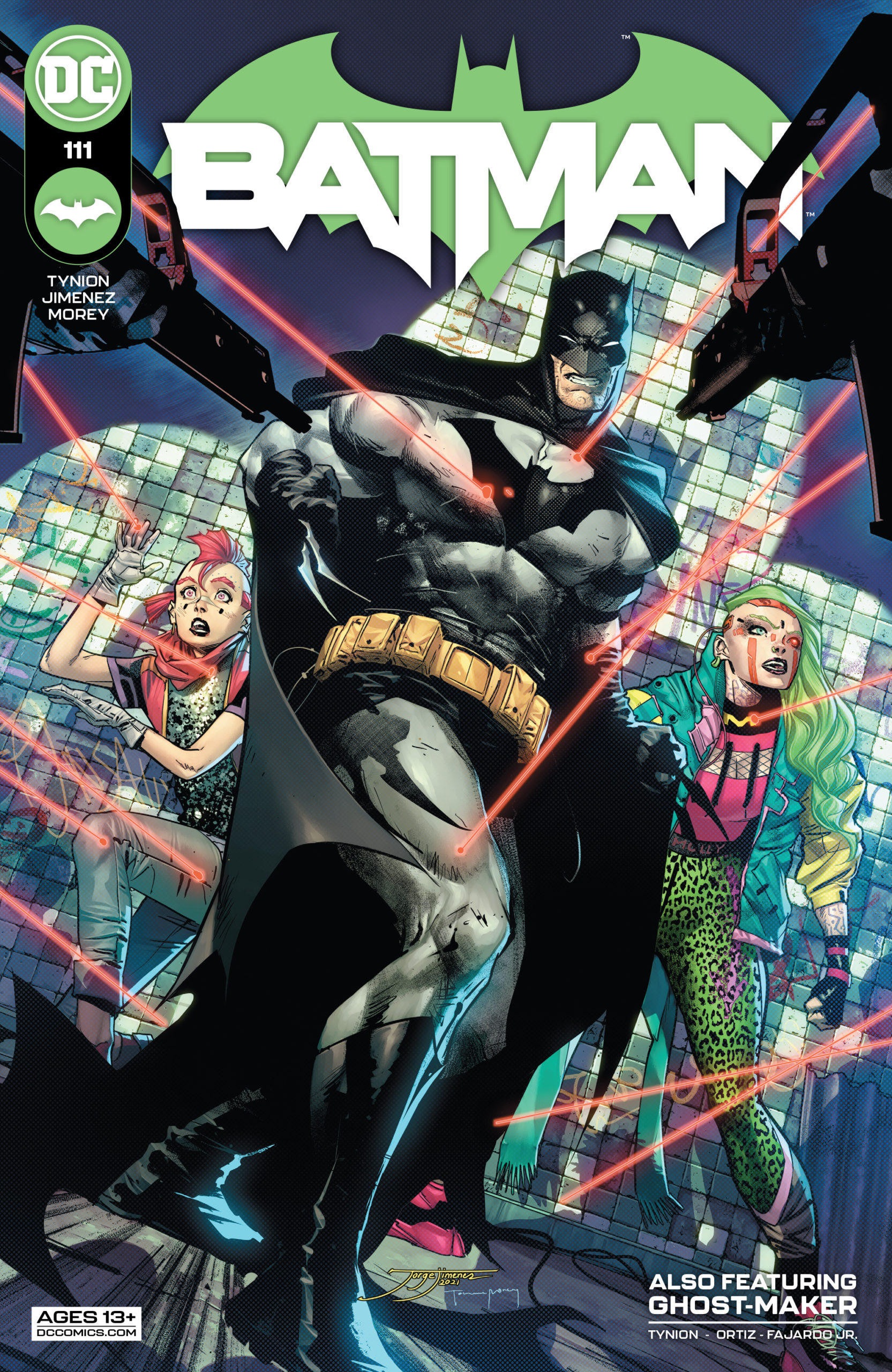 The Scarecrow cometh! After several issues teasing the hideous predicament that our titular hero is destined to find himself in, the payoff’s finally here, in Batman #111.

This is not your daddy’s Scarecrow, oh no! This interpretation is something much more malevolent, macabre, and downright scary. Half Raiden from Mortal Kombat and half a 17th Century plague doctor, Dr. Jonathan Crane has evolved into a semi-demonic figure here. For a character that uses fear as his prime weapon, this is delightfully appropriate. Huge kudos must go to the visual team of Jorge Jimenez, Clayton Cowles, and Tomeu Morey for presenting this long-standing character in a new, twisted light. With an almost ethereal quality to him, this take on the Scarecrow should go down in history as one of the very best versions of the character.

The main thrust of the plot concerns the plan concocted by the unholy alliance of Simon Saint and Scarecrow’s coming to fruition, with the brutal dismantling of The Unsanity Collective taking place. For any action junkies out there, here’s where you get your fix. These pages had an overwhelming sense of doom about them, with the characters on the side of the angels seemingly outmatched. Adding that to our knowledge of Future State, all this makes these new characters appear to be living on borrowed time. I do like that status quo, with events in the present being framed by awareness of the future making for an edge-of-the-seat experience.

I’ve been a huge fan of Tynion’s storytelling through this arc. What he’s done so well is link together disparate threads, multiple new characters that have plenty of mileage in them, and blend a multi-layered plot into a supremely engaging and absorbing read. This book is the absolute flagship of DC’s output and requires the highest of standards, with nothing less than grade A talent needed. In Tynion, all of that is fulfilled and much more besides. My only cause for complaint is that they don’t come around more often, the wait is agony! I actually miss the days when this title came out twice a month.

I’m genuinely intrigued to see how this all gets pulled together and to witness the final payoff. Yes, the aforementioned Future State is key, but where will this end in terms of the present-day, monthly release narrative? Wildly ambitious and expertly paced thus far, I think that this will be brought to a satisfying conclusion that possibly shifts the landscape of Batman’s world moving forward.

Batman #111 is another highly consistent release that crams in a lot of content into its pages. We get art that explodes off the page, violence that packs a huge punch, plotting that’s enticing with a page-turning quality, and a real sense of peril and high stakes. As this arc enters its home strait, anything could happen to any of the characters. Issue #112 needs to be at the top of everybody’s pull lists, as there’s no sounder investment to be made!