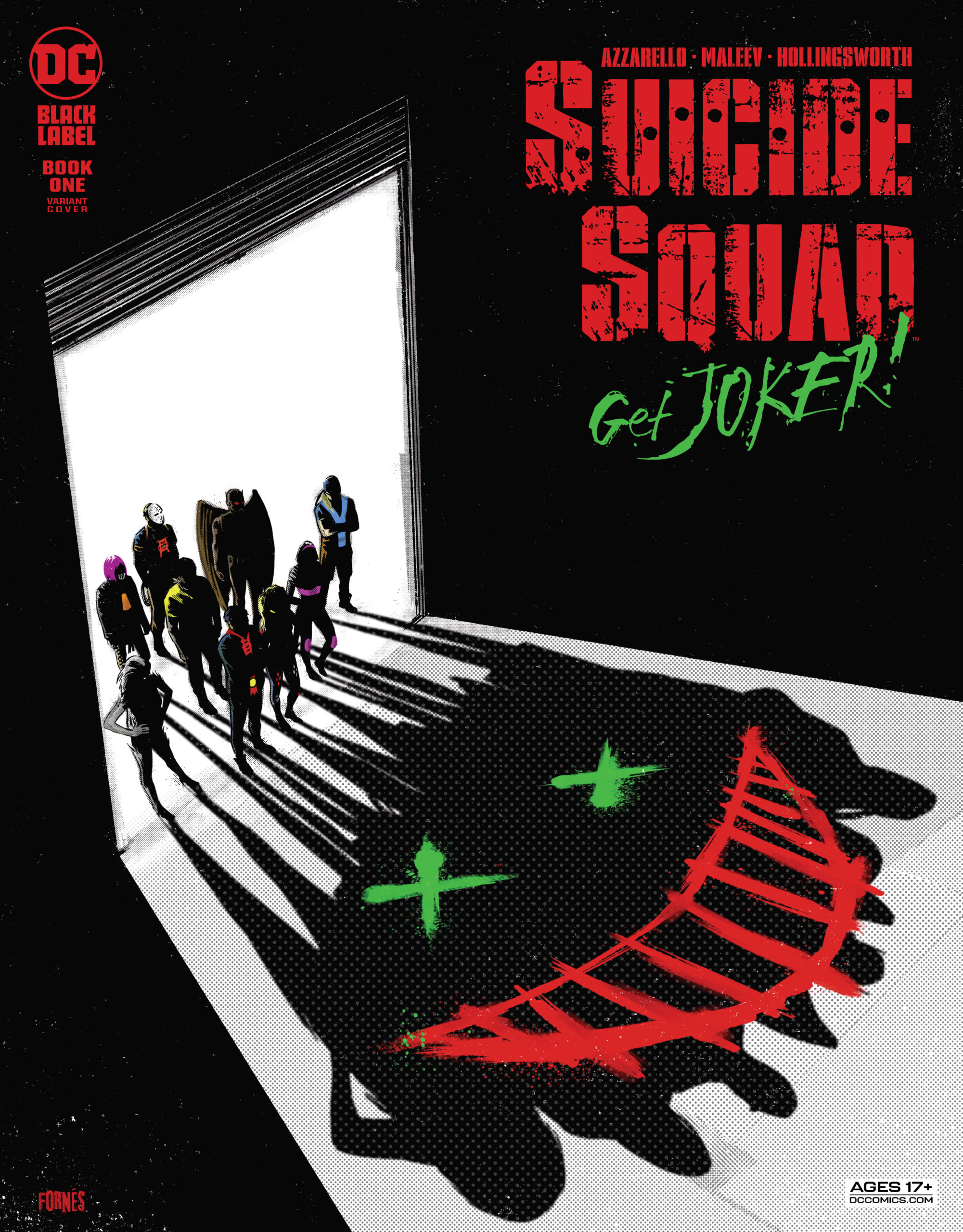 DC’s Black Label gives readers the chance to explore and experience darker, more mature stories, that would be too strong in a standard monthly series. Suicide Squad: Get Joker #1 had me immensely excited when I initially heard about it, until I saw that it was penned by Brian Azzarello. I’m personally willing to look past the questionable opinions about Batman, and the tragic mishandling of the conclusion of Batman Damned, simply because this story has wonderful new ideas injected into a formula I’ve become very familiar with.

Seeing a new Suicide Squad team form, and tasked with apprehending the Joker brought me feelings of relief and wish fulfilment. I got the sense that this was what the 2016 Suicide Squad film was going to be before corporate intervention. It’s incredibly satisfying to see this kind of Task Force-X tale finally being told.

There are details and plot decisions in this story that are largely unique in the history of Suicide Squad, as far as I can make out. Instead of an explosive at the base of their skulls, it’s some sort of compound that melts them. Oh, and you will get to know how effective it is. Changes to the convention make established groups of characters like this all the more interesting.

Visually, we’re treated to the grim realist style of colouring in this issue, and likely the rest of the title. In terms of the writing, there are times when the expletives and other swearing are incredibly  inconsistent. We start with the language censored with special characters, but then they show through by the end. This feels like a very strange choice that hopefully becomes more consistent.

Suicide Squad: Get Joker #1 ends with a very unique twist, one that I’d honestly never even considered before, in all my time reading this team’s stories. I’m eager to see how our anti heroes will handle what amounts to imminent doom. Interesting stuff.