“Quick and Dirty” – Part One 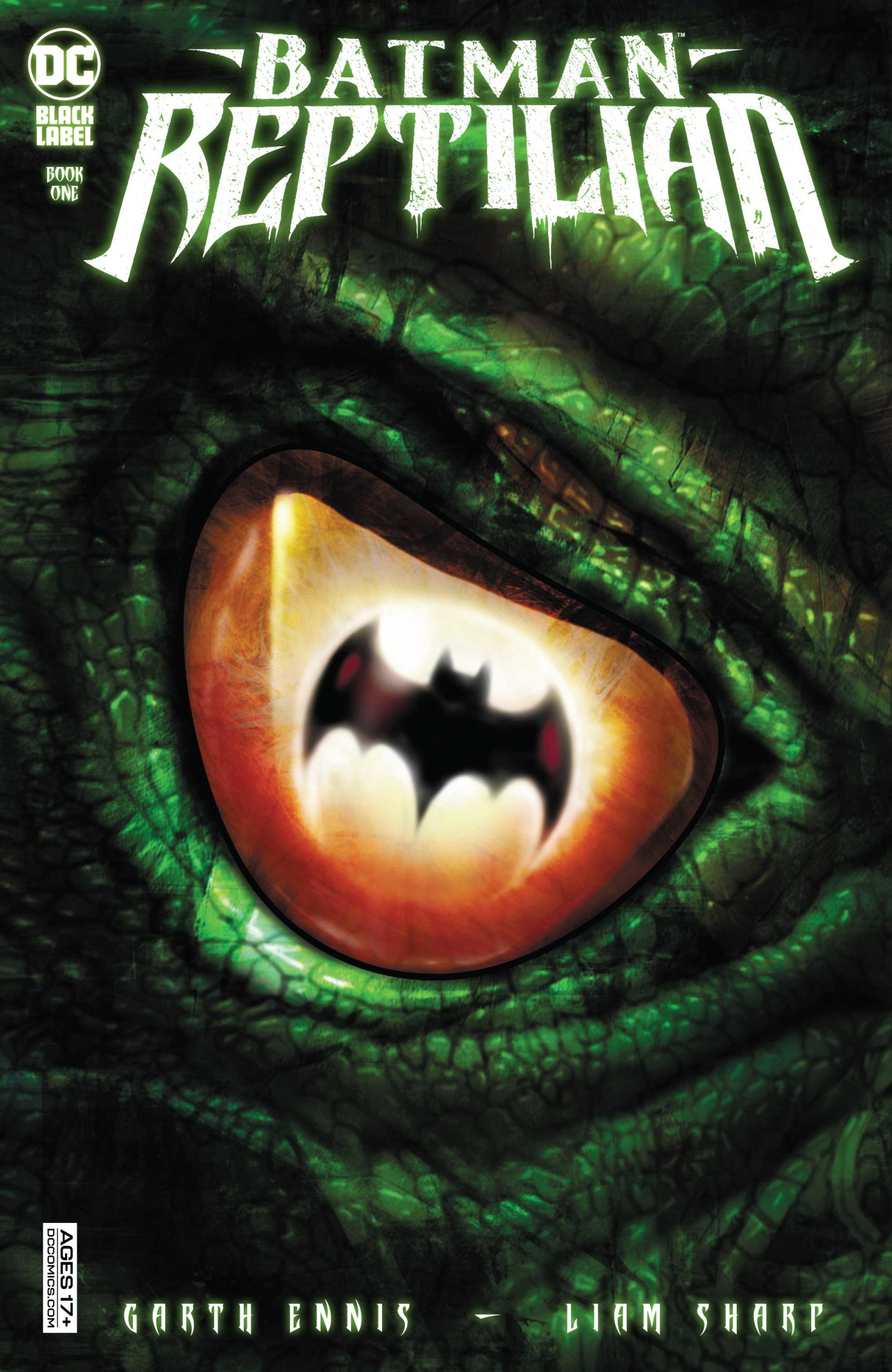 With a description like the following one, I was expecting something dark and scary from Batman: Reptilian #1… which is exactly what I got:

What strikes fear into the hearts of those who terrorize Gotham? It used to be Batman, but something far more frightening than a mere man stalks the shadows – and it’s after Gotham’s villains. How savage must a monster be to haunt the dreams of monsters? Pick up this dark and bone-chilling tale by comics legends Garth Ennis and Liam Sharp to find out!

Judging by the ‘Next Issue’ teasers, things are only going to get worse for Gotham, and things are already a bad for the city. I guess that’s just their normal.

Art That Has Bite

The art for this short, six-issue series is… indescribable. It’s stunning, unique and scary. There’s a certain surrealism to the visuals that gives them an extra edge too. I don’t know how Liam Sharp does it, but all I can think about right now, is that if The Batman Who Laughs was done in this style, the nightmares would have been very, very real. Not that he isn’t already pretty terrifying.

With that being said, I now feel like I know just how Batman gets to be as scary as he is, because it seems that this comic is drawn from the thugs perspective. We get how intimidating the Dark Knight is, towering over everyone like a monster. If that’s truly how criminals see him and they still try to commit crimes, I think Gotham villains are even crazier than we thought.

I do, however, absolutely love the curly wisps of Batman’s cape, that looks very Tim Burton inspired.

And So It Goes…

We all know from the ‘Reptilian’ in the title that Killer Croc is, most likely, the monster of monsters hiding in the sewers. Or, he will be, because he hasn’t shown up just yet. If he can cause so much chaos from the shadows, just imagine the horrors he’ll bring when he does make his grand entrance! With this wicked art style, and the Joker looking like that, I’m a little scared for what Croc will look like when he finally does make an appearance.

Our favourite caped crusader is his usual down-to-business self too, threatening the informant, Konstantin Volkov, multiple times in an interrogation with life.

Batman goes as far as to say:

I’m far worse than that multicolored rabble. I will not let you die.

He tells the crook to join the Joker’s laughing boys, so that he can have an inside man, before going on to scare the living daylights out of him one more time.

That’s all without mentioning the mystery that’s making all the thugs turn against each other for no reason. Only time will tell for that one. Not that Batman is ever really given time to solve Gotham’s newest problems.

I’ve always said that you can’t judge something from the just first part, whether it’s a chapter, an episode or ten minutes of a film, because it is just introducing the characters and story. I don’t have too much to go off yet, since this was the first issue and was predominantly talking about what had happened off screen and discussing things that is currently going on. That doesn’t mean that I’m not looking forward to chapter two, though.

Although there’s been practically no action so far, enough has been laid out to have me curious about what exactly is happening to Gotham’s most wanted, because I don’t think it’s only Killer Croc that’s lurking in the shadows. The writing in Batman: Reptilian #1 was beautifully paced and has dropped enough breadcrumbs to keep me interested.

The next issue of Batman: Reptilian looks to be very red and very gruesome. Stay tuned for more.

Before I finish this review, I wanted to bring attention to the small message the series begins with, dedicated to an amazing artist we lost several years ago:

For Steve Dillon – a big brother to many of us. The script to this book was meant for him, and I would rather have him here by far than be drawing it myself. I’m doing my best to make him proud, but that said, I can feelhim over my shoulder, chuckling a little, saying “No mate! You do you! Shame to waste it!”