We are officially in the home-stretch for Zack Snyder’s Justice League. Only 19 days stand between us and the 4-hour HBO Max cut at the time of this posting. Of course, that means marketing for the film will start to ramp up. DC and Funko! have revealed a 4-pack Pop for the upcoming film. 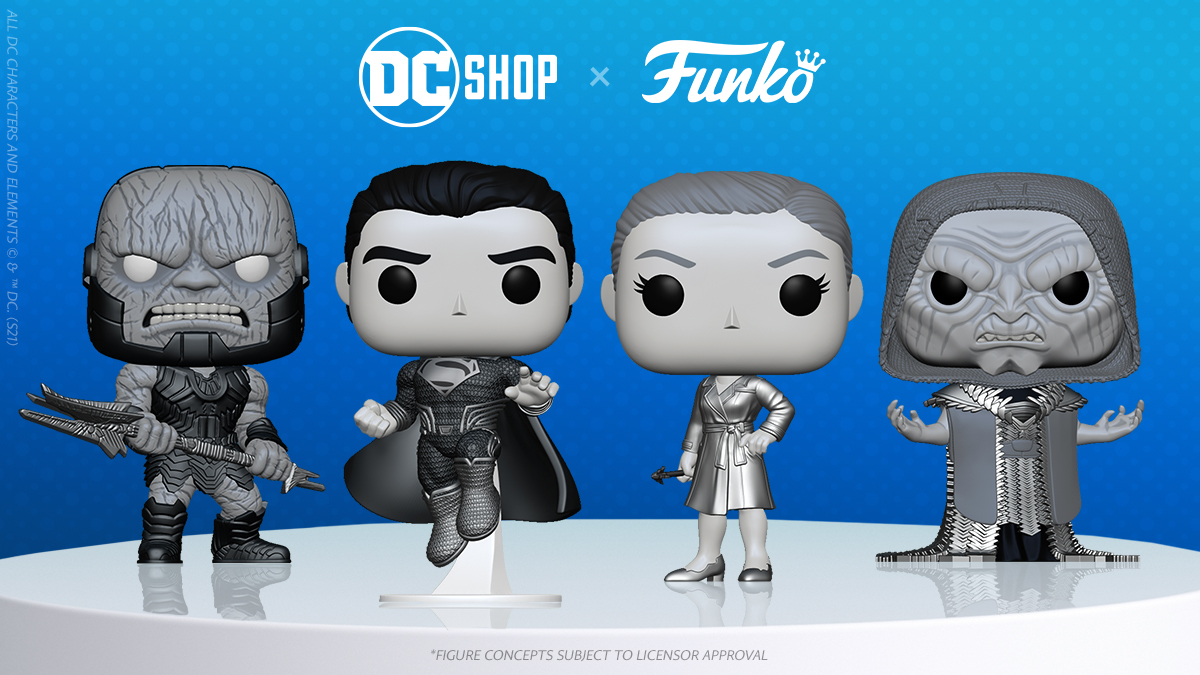 The collection will be available exclusively on the DC Shop, while supplies last, and DC Universe Infinite subscribers will get an early access window to pre-order next week.

Snyder released a black and white version of the film’s trailer back in November, and he also revealed that the whole film will be available in black and white, if people chose to watch it that way. The film’s three posters and all new Joker shots were also in black and white. So the fact that this collection is follows that aesthetic is a nice touch.

It’s unclear as of now if there will be more Funko! Pops to follow, but Justice League did receive a Funko line when the theatrical cut was released. The four Pops in this new line are unique to the Snyder Cut. Darkseid and Desaad were not in the theatrical version. We also never saw Diana in her white outfit with the arrow, nor Superman is in his black suit.

Will you be ordering these Funko! Pops? Which one is your favorite? Let us know!