A new image of Jared Leto as the Joker in a Christ-like pose has hit the internet.

Vanity Fair featured a potentially-sacrilegious image showing Leto’s Joker hands open and looking upwards towards a light. He’s dressed in a medical jacket that resembles a robe. What’s more telling, is that Joker’s also wearing a crown of thorns. The crown is the most intentional call-back to Jesus, as the religious figure wore a crown made of thorns as He was crucified on the wooden cross.

The Joker As The Messiah?

There can be little debate that the Joker and Jesus Christ have very little in common. One is the alleged savior of the whole world, while the other is a murdering clown. The real question is: why did Leto or Justice League director Zack Snyder shoot an image of Jared Leto that evokes two figures that are such polar opposites? 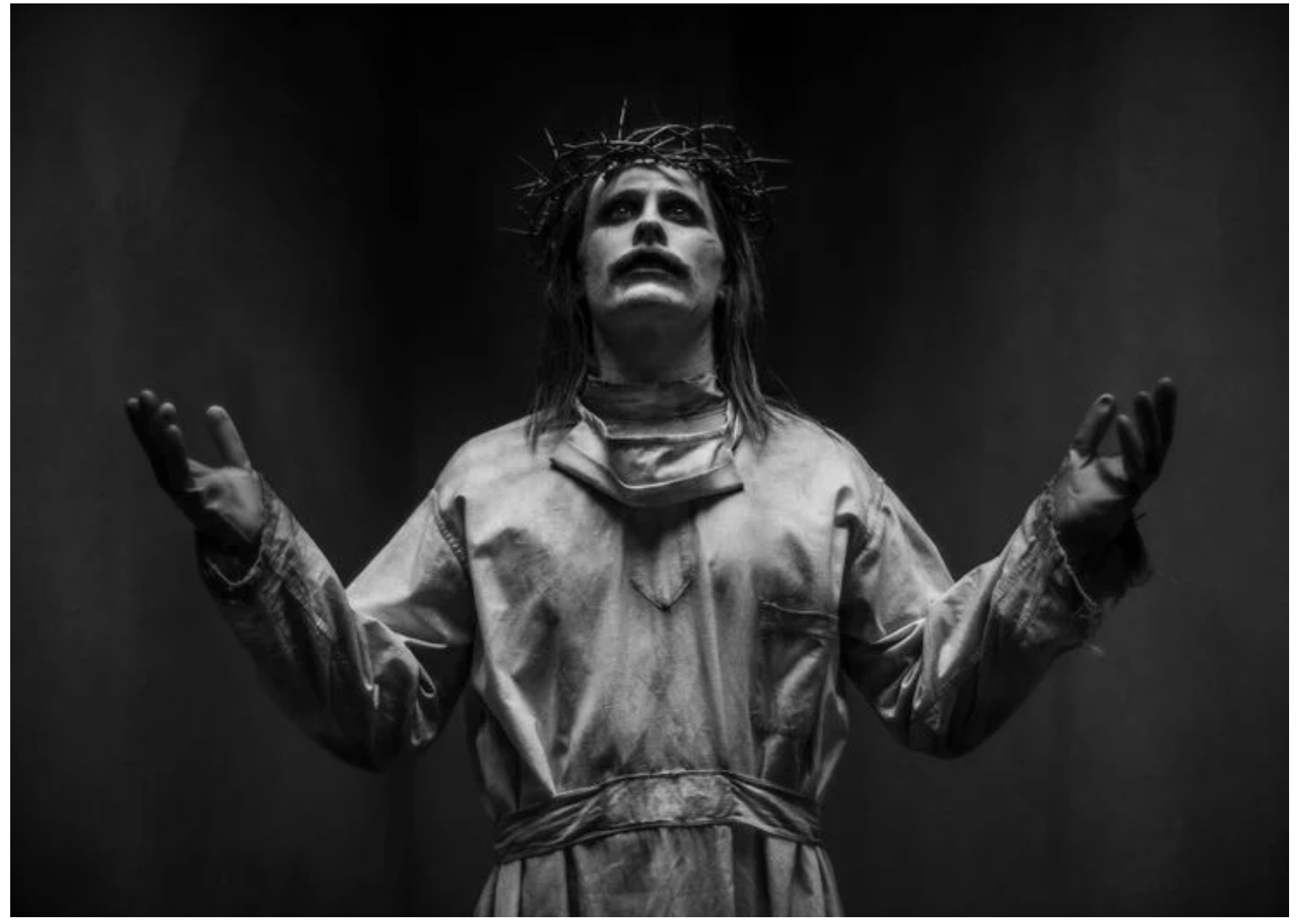 The reason may indicate the Joker’s role in Zack Snyder’s Justice League. Leto’s Joker will make an appearance in the film. However, the latest reports state that he will only be seen as a vision in the post-apocalyptic Knightmare scene. Fans of Batman V Superman may recall that this scene was a vision in Batman’s dream which depicted a world in ruins, where Batman is part of an underground resistance against a totalitarian Superman.

The latest trailer of Zack Snyder’s Justice League features more of the Knightmare sequence, as well as the Joker. So how does that relate to the Joker being a Christ-like figure?

Perhaps he will give a small, but pivotal piece of advice to empower Batman to help save the day with the Justice League, or maybe he’ll be the key to defeating Darkseid.

Who knows for sure if the image is an actual indicator of the Joker’s role in the movie, as it’s also equally possible that Leto and Snyder wanted to show how much Leto’s hair makes him resemble traditional interpretations of Jesus.

In any case, speculation will run wild until we actually see Zack Snyder’s Justice League.