A “surprise” Martian Manhunter cameo has been confirmed for the Snyder Cut of Justice League.

Did I spoil that for you? Really? The news was first revealed in  storyboards in 2019 and later confirmed by actor Harry Lennix. To be fair, it devolved back into rumor a few days ago and had to be S-P-E-L-L-E-D out all over again, but if this news is blowing your mind, you need to turn in your Legion flight ring.

How fitting is it that J’onn J’onzz, the Manhunter from Mars, has been active on Earth for years, but instead of blowing up cities he’s just been calmly climbing the ladder of the military hierarchy to become Secretary of Defence? I only hope that patience and foresight doesn’t go out the window once he officially reveals himself in all his green glory, because the Justice League could use plenty of it. 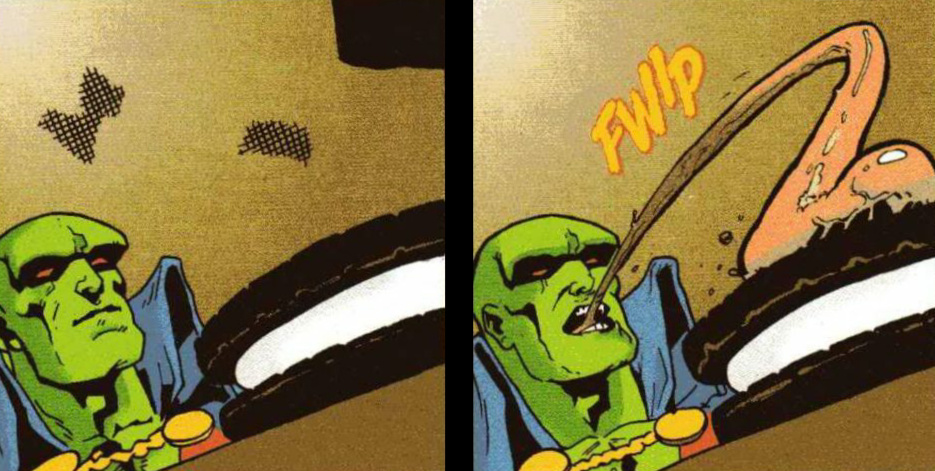 Now that this “surprise” Martian Manhunter cameo has been confirmed for the Snyder Cut, casuals and fanatics alike can recognize that J’onn is more than just the Brad Dexter of DC’s Magnificent Seven.

The character has always been the heart of the Justice League, in fact he was the glue that bound the bumbling rookies together in JLA: Year One. He was later mentor to the Detroit bunker misfits, the cookie-craving straight man of the JLI, and the omniscient field marshal of Grant Morrison’s watchtower years.

The League changes, but the Martian Manhunter is always the constant. There was something missing from the Justice League, besides an extra shiny Steppenwolf, or a Joker that embraces meme culture. The film needs someone who can relate to being a last son, an ambassador from a strange land, a gifted scientist, a noble warrior, a powerful hero, and a simple man. Hopefully, that little bit of heart and soul was hiding in plain sight the whole time.