Courtesy of Vanity Fair, we now know what Jared Leto’s Joker will look like in The Snyder Cut. And while this take may be radically different than Leto’s Suicide Squad take, it does seem closer to what we’ve come to know in the past. It’s the look I would have expected after Heath Ledger’s take on the character; there is a touch of that version in this look. There’s also a uniqueness to it that will surely allow Leto to shine in the role that wasn’t originally planned for Justice League. 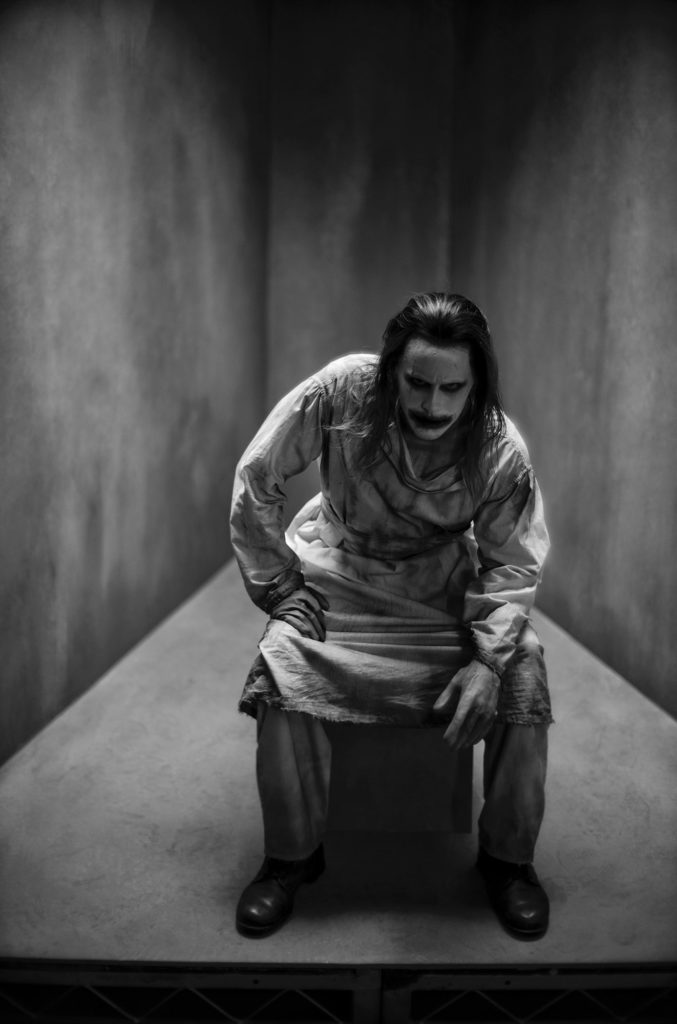 Leto’s Joker was not part of Snyder’s original plan when he left the film in 2017. When it was announced Leto would be part of Snyder’s reshoots, it offered up some questions as to how much new footage was being shot. And while we’ve since learned that there hasn’t been much, what has been either reshoot or newly added seems to be a way for Snyder to officially wrap up his DCEU vision. Telling Vanity Fair:

The Joker is really the only thing that I thought of in retrospect. But I will say that it was always my intention to bring Joker into that world.

While opinions on both Snyder’s take on the DCEU and Leto’s original look for the clown prince of crime have spanned the spectrum, it’s nice to see a storyteller be able to complete their story in some fashion. We may never see these versions of Batman and Joker together again, but we’ll get to see some semblance of their relationship come March 18th when Zack Snyder’s Justice League debuts on HBO Max.

Leto donned face tattoos, a slicked back undercut, and an overall unique look when he portrayed Batman’s nemesis in Suicide Squad. In these photos, we can see Snyder’s vision for the character doesn’t include those tattoos; instead, we get a more classical look to the character. He’s wearing some hospital gear for reasons that I’m sure will become clearer on March 18th. What we can’t see, and Snyder reveals, is that underneath that gown, he’s wearing a bulletproof vest adorned with grimy law enforcement badges. “Those are his trophies,” Snyder says.

Snyder offers some context (and spoilers—you’ve been warned) to Joker’s look in this four-hour cut. Commonly referred to as the Knightmare sequence, Joker appears during this ruined Earth after Darkseid invades. It’s all part of a dream sequence/psychic vision that Bruce Wayne has that reveals what happens if they fail. Snyder says of the scene:

The cool thing about the scene is that it’s Joker talking directly to Batman about Batman. It’s Joker analyzing Batman about who he is and what he is. That’s the thing I also felt like fans deserved from the DC Universe. That is to say, the Jared Leto Joker and the Ben Affleck Batman, they never really got together. It seemed uncool to me that we would make it all the way through this incarnation of Batman and Joker without seeing them come together.

Snyder also explains that the scene will reveal why Bruce had the Joker card taped to his gun back in Batman v Superman.  A film that also hinted at Joker’s involvement in the death of Robin.

What could have been

While there were rumors about the death of Batman’s sidekick being featured in The Snyder Cut, it seems that actually has very little to do with this additional footage. Though, Snyder very clearly has wanted to explore that story; having planted those seeds early on. He explains what he’d want to do in a future film:

I’d always wanted to explore the death of Robin. And if there ever was going to be a next movie, which, of course, there probably won’t be, I wanted to do a thing where in flashbacks we learn how Robin died, how Joker killed him and burned down Wayne Manor, and that whole thing that happened between he and Bruce.

It’s no secret that I’ve never been the biggest fan of Snyder’s take on the DCEU. However, he’s intrigued me with his cut of Justice League that we’ll get to see in just over a month. And his plans for two of the most iconic comic book characters, Batman and Joker, seem so incredible that I hope he gets to explore it someday in an Elseworlds film.

What do you think of this new look of Jared Leto’s Joker? Is it an improvement, or did you prefer his Suicide Squad look? Let us know in the comments below.