Long before there was a Devastator, a Red Death or a Batman Who Laughs, there was the Crime Syndicate: Owlman, Super Woman, and Ultraman were evil, dark, and distorted versions of Batman, Wonder Woman and Superman. Now, in the wake of the incredible Dark Nights: Death Metal, the DC multiverse will be reborn, but this isn’t all good news. Yes, comics fans, the dark trinity, and their cohorts Power Ring, Atomica, and Johnny Quick are returning, and at the end of this war the real winners will be the fans.

Here’s the full scoop, direct from DC, as well as a look at the fantastic cover for issue #1, by Jim Cheung:

Spinning out of Dark Nights: Death Metal, the DC Multiverse is reborn
and with it a new Earth-3!
What if the Justice League decided to rule the world
instead of protect it? 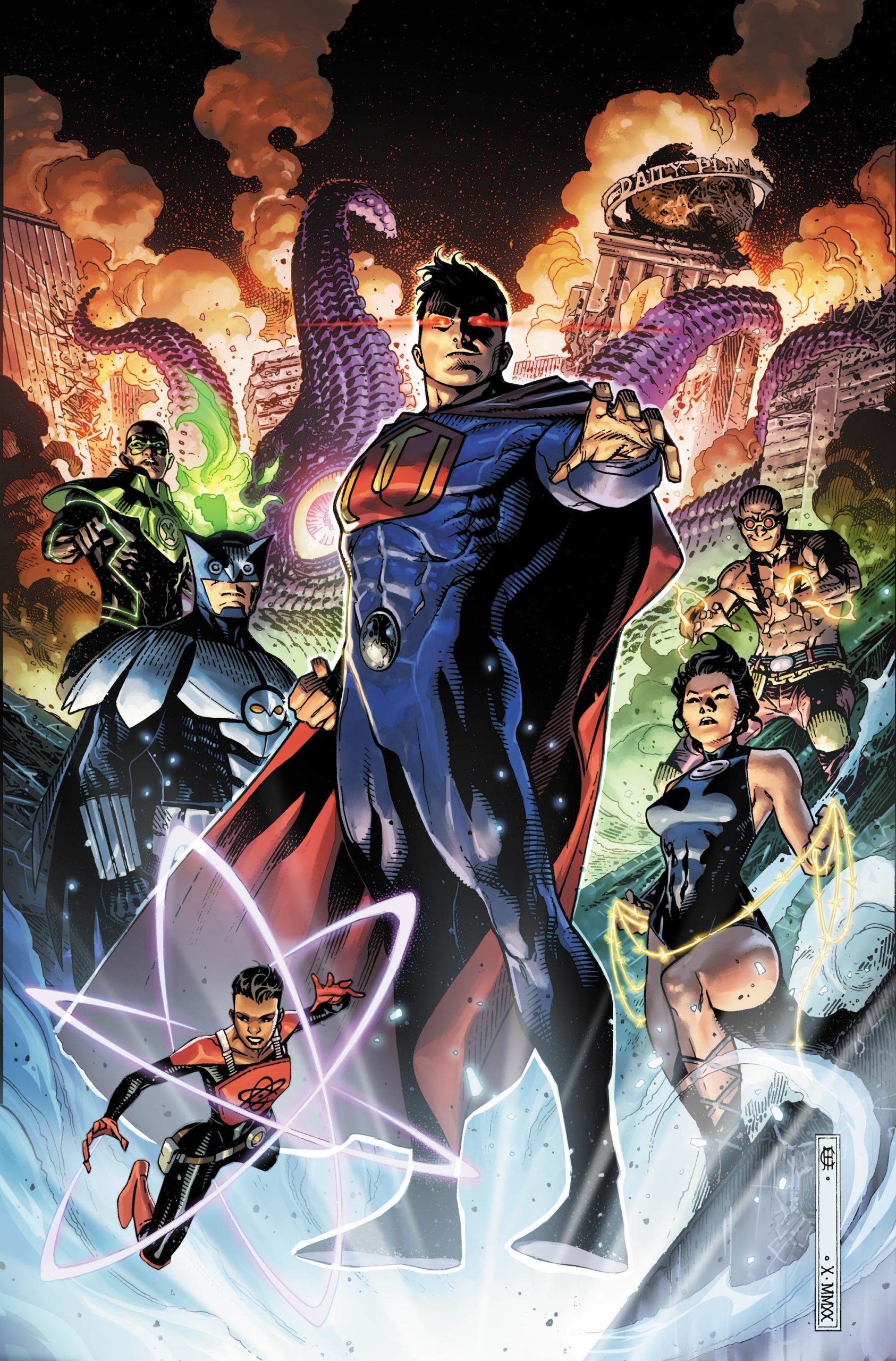 A paranoid titan (Ultraman), a narcissist (Super Woman), a nihilist (Owlman), a broken moral compass (Power Ring/Emerald Knight), a sociopath (Johnny Quick) and a sadist (Atomica). Does the world stand a chance?

Spoiler alert: No. No, it does not. Writer Andy Schmidt and artist Kieran McKeown will launch DC’s new Crime Syndicate mini-series on March 2 to tell the origin of the evil Justice League from Earth-3!

Spinning out of the pages of Dark Nights: Death Metal, the DC Multiverse is reborn, and with it a new Earth-3! Witness the true origins of the malevolent makers of mayhem known as the Crime Syndicate as a common foe unites them, but how long can alliances last between villains like these?

“Kieran and I were given a once a lifetime opportunity to build a world from the ground up,” said writer Andy Schmidt. “We’re establishing the Crime Syndicate’s origin story for the first time – how and why they came together, and we’re not taking it lightly. You’ll find that you’ve entered a fully realized world – this is the story of the Crime Syndicate, but it’s also the story of Earth-3 and it moves fast and pulls no punches.”

Also in this debut issue, witness the origin of Ultraman in our special backup story, drawn by super-star artist Bryan Hitch!

Crime Syndicate by Andy Schmidt and Kieran McKeown is a six-issue mini-series debuting on Tuesday, March 2, 2021, with a cover by Jim Cheung and a variant cover by Skan. For more information on the Crime Syndicate and the World’s Greatest Super Heroes, be sure and check out DC’s website at www.dccomics.com, and follow DC on social media at @DCComics and @thedcnation.