Titans’ social media platforms have released official images of the show’s version of the Red Hood.

These are concept art pieces by Greg Hopwood, showing what the character will look like when he debuts in season three of Titans.

The look is a combination of the original Jason Todd Red Hood outfit and the more modern look. He wears both a red helmet and a literal red hoodie on top of that. There is also a hastily-added Bat symbol emblazoned on the chest. The rushed quality to the logo implies that Red Hood is not an official member of the Bat family.

Overall, this outfit looks pretty dang faithful to the comics versions of the suit. 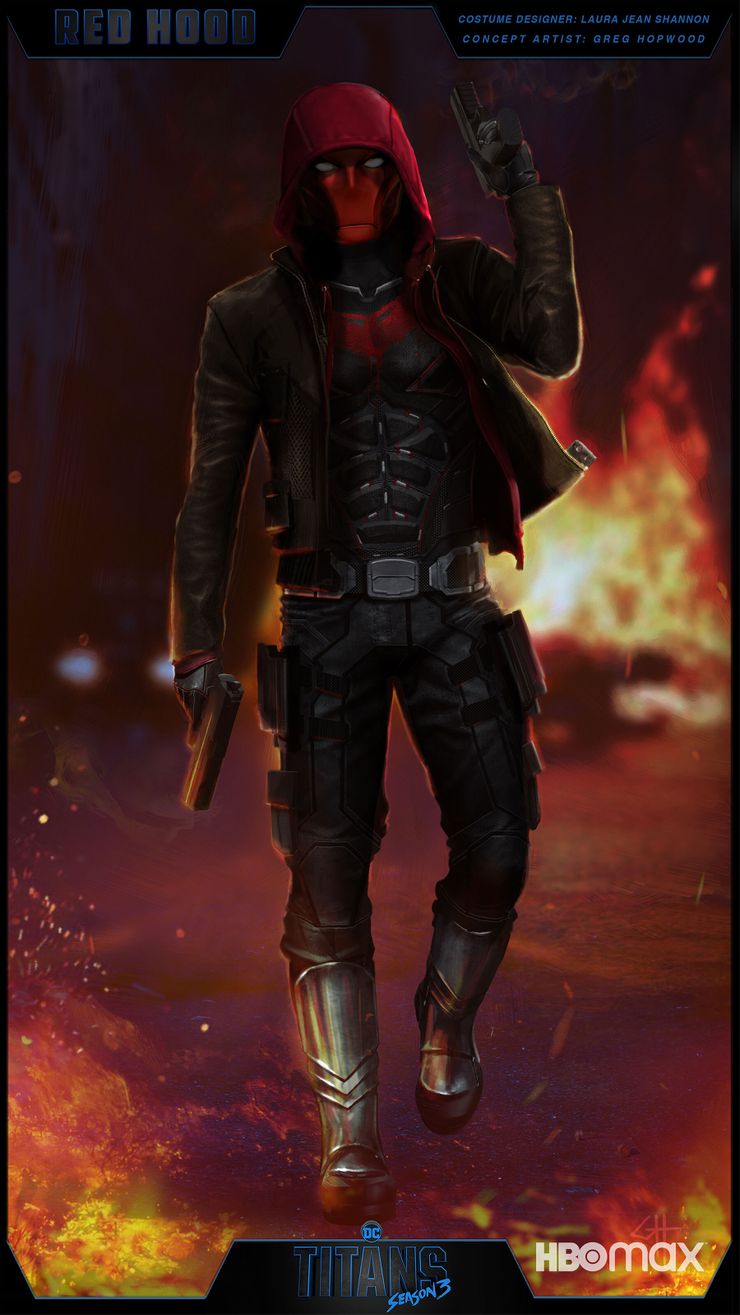 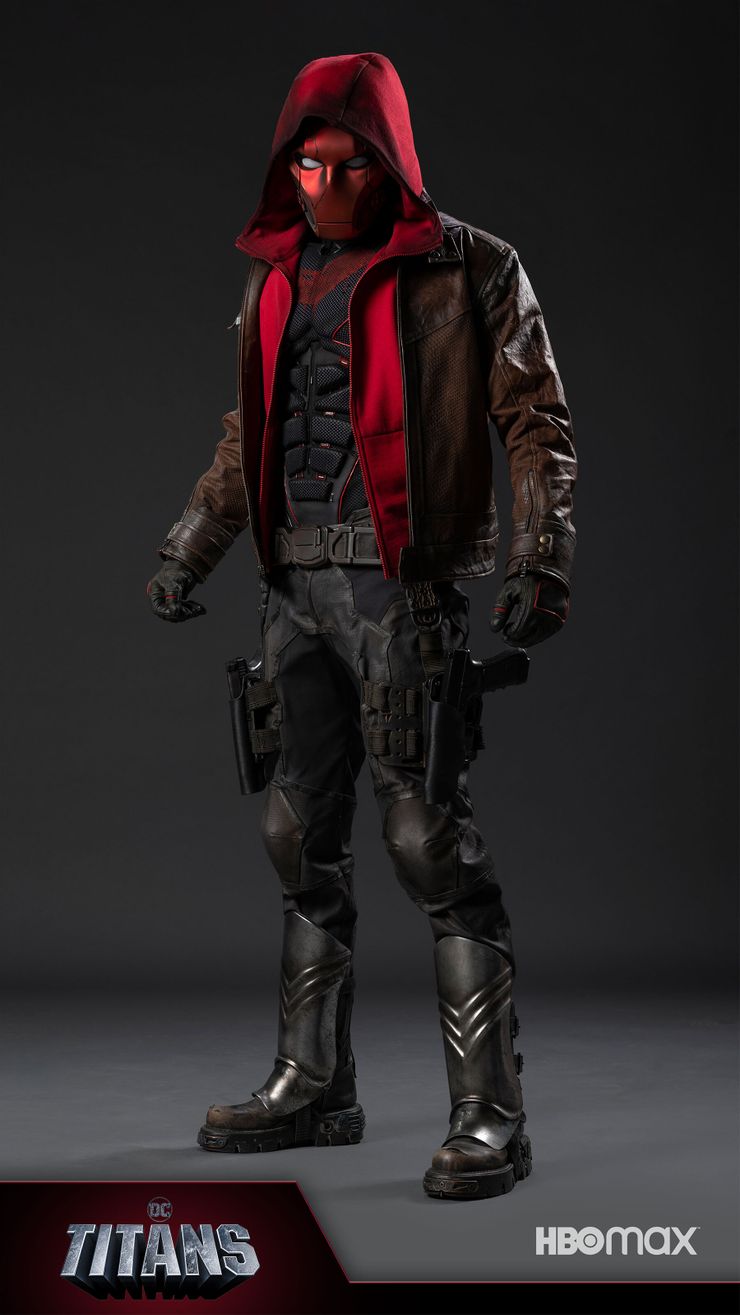 DC Fan Dome first announced that Jason Todd actor Curran Walters was going to transition to playing the Red Hood back in August. The character is set to battle against his former Titans teammates on the show.

Then in September, Walters showed off his Red Hood comic book collection on his Instagram.

In September, Walters tweeted out a claim that the Red Hood costume was going to be really cool.

Just yesterday, the official Titans Twitter feed showed a teaser video that flashed “Red Hood” and “10/26/2020”. Many fans originally mistook the teaser as an announcement for a show trailer for the third season being imminent. However, it was actually just to show off the Red Hood’s in-show look.

There’s still no set release date for Titans season three. It has been confirmed however, that the show will definitely premiere on the HBOMax streaming service.