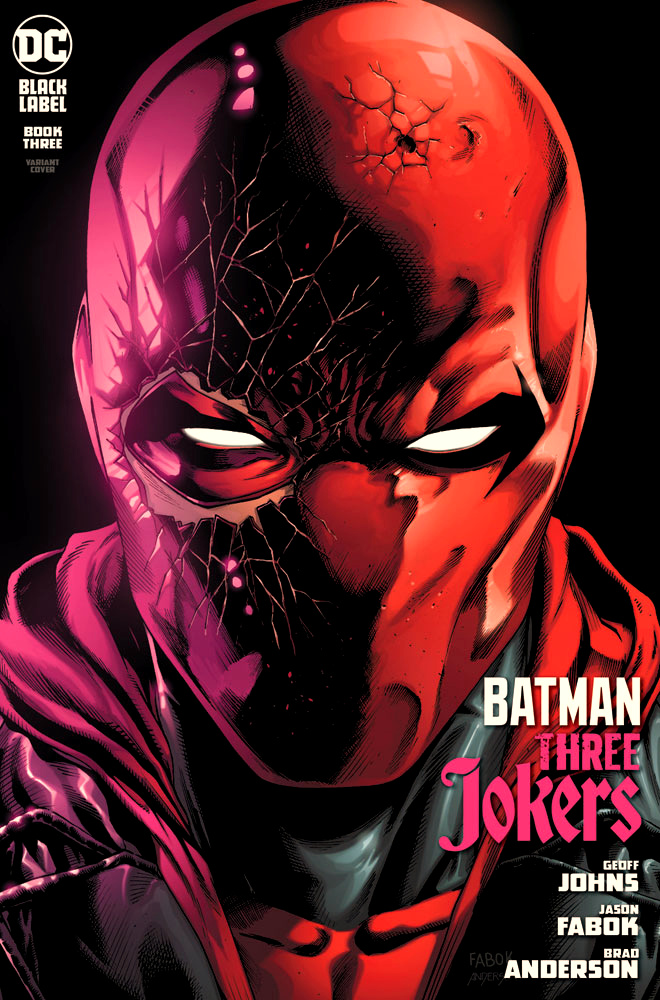 This issue brings to a close a story that has been many years in the making, has raised the interest of fans, journalists, and even complete newbies to comic books. Has the finale lived up to the previous two issues, has it been worth waiting years for, and has it lived up to expectations?

The answer, in all honesty, is… no.

This final chapter builds on and surpasses its predecessors, it’s been worth the wait, and more… and has blown all my expectations out of the water.

I said in my review for issue #1, that I went into this series fully expecting to hate it. I now love this story so much, that I’ve pulled out my first edition, first print of Batman: The Killing Joke (the prestige format version with the John Higgins colors), and I intend to keep all of them together as a set. After reading this finale, it’s clear to me that this story is a four book trilogy. (Thanks, Douglas). 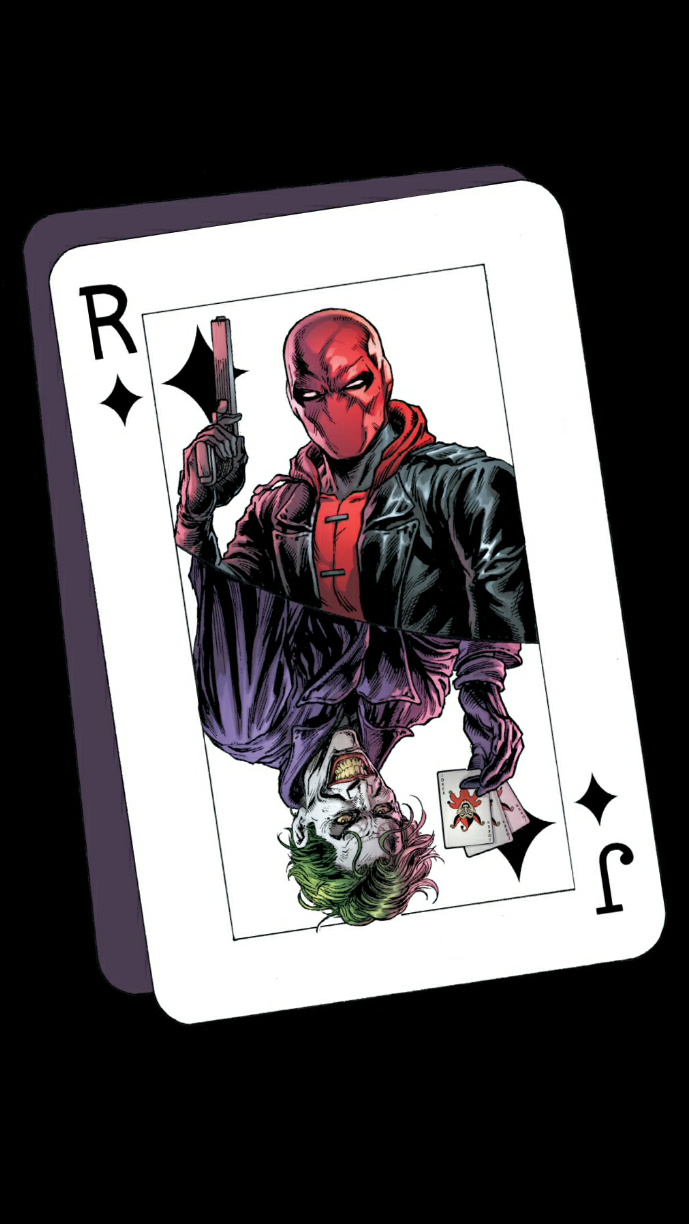 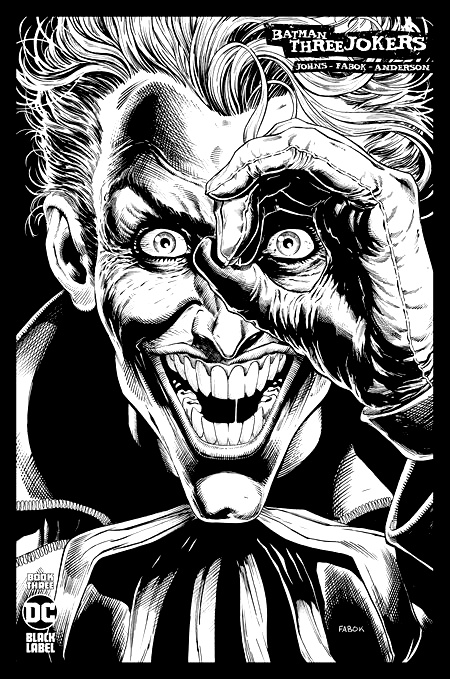 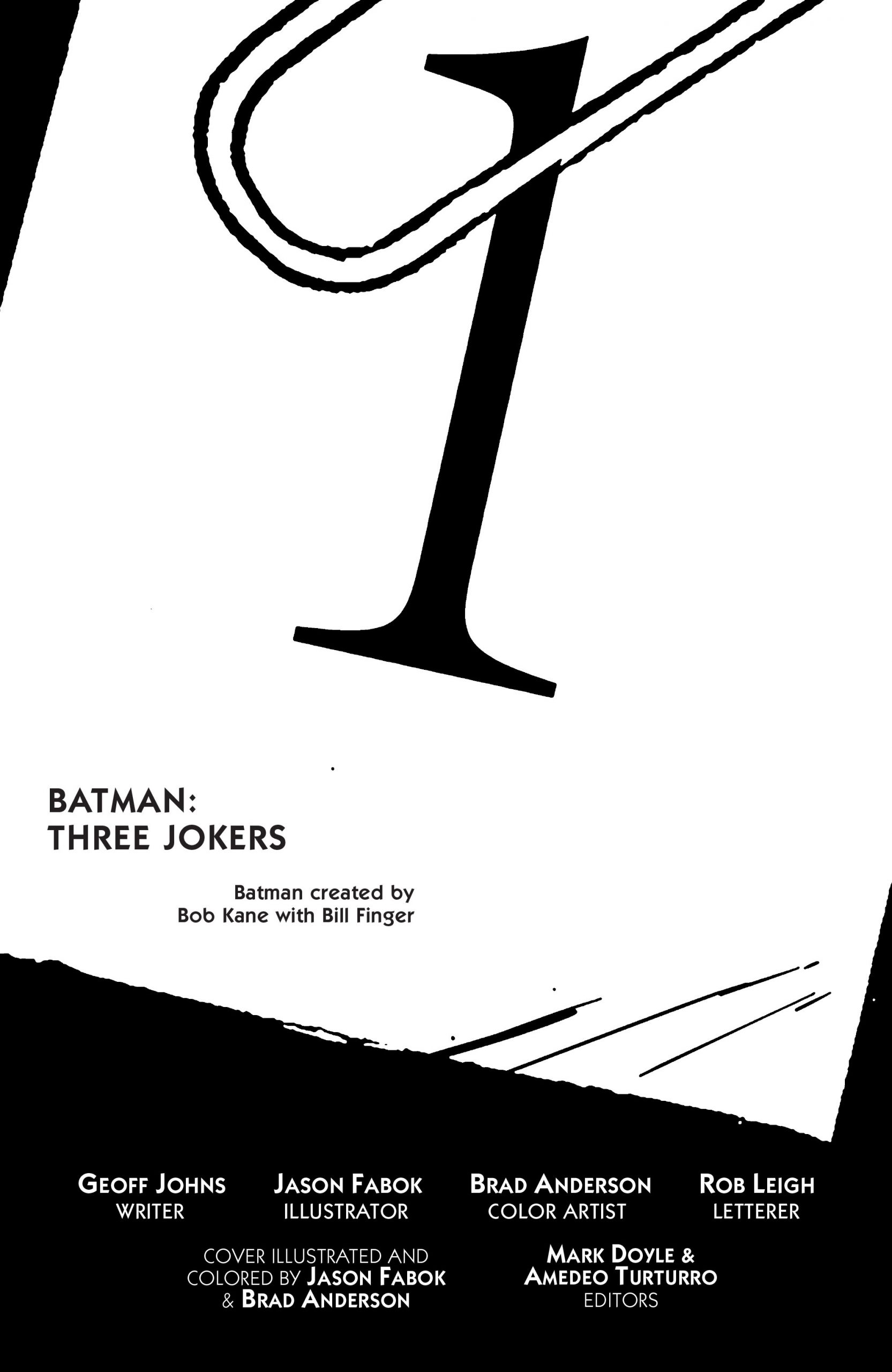 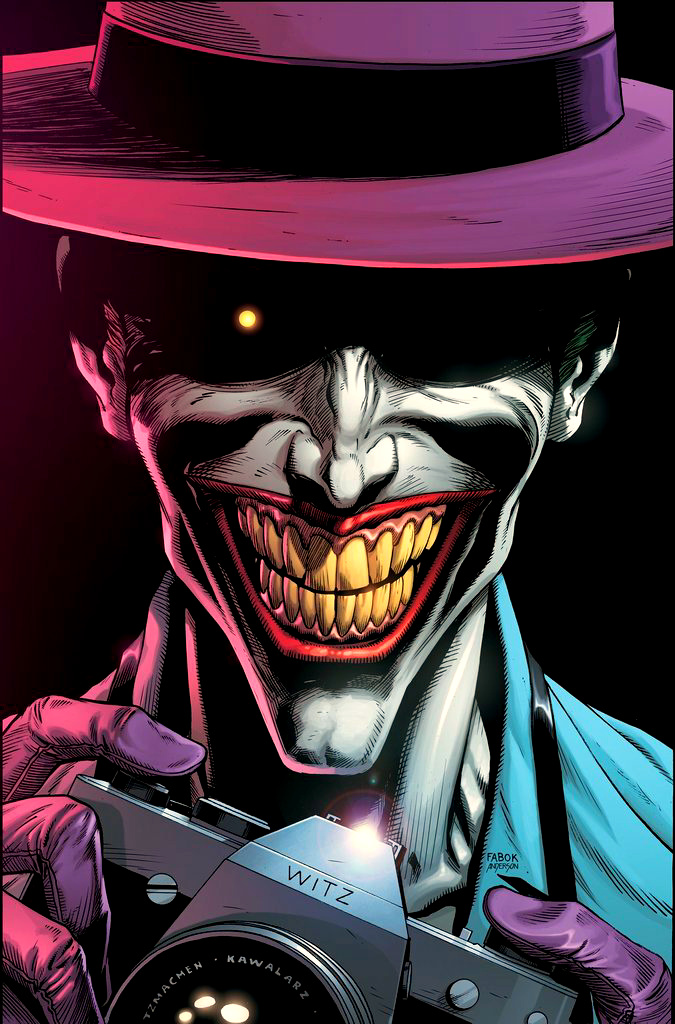 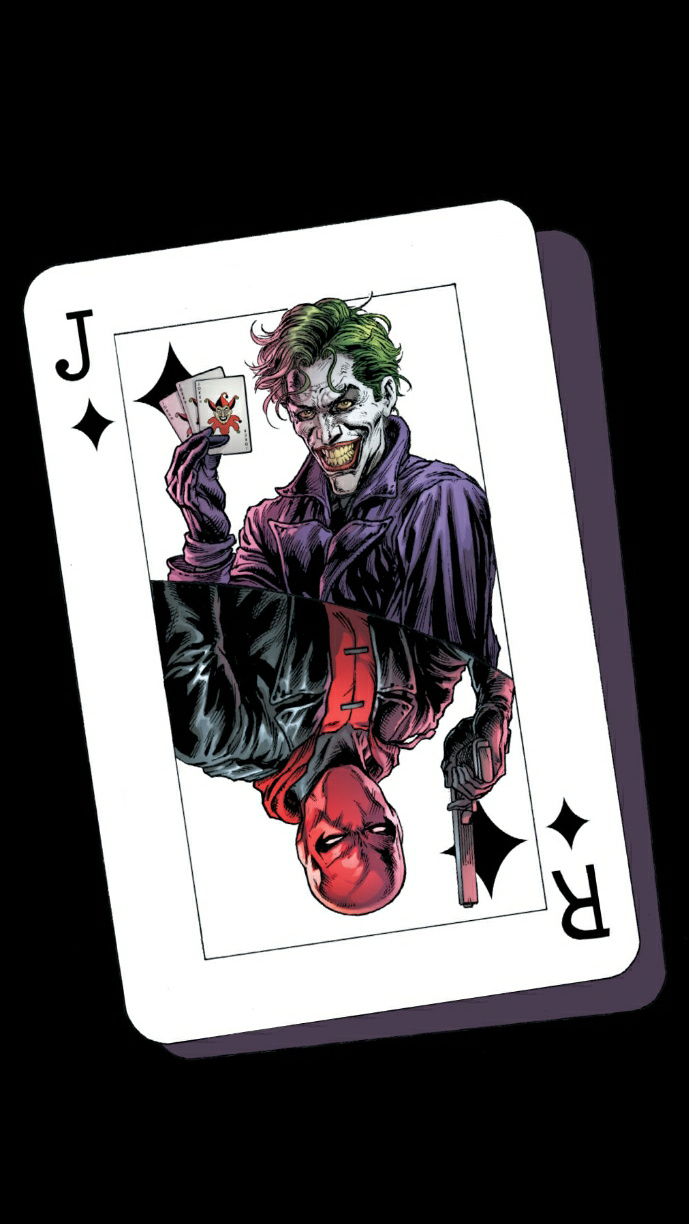 Something else I said in my review for issue #1 was that Geoff Johns is no Alan Moore. I may have to retract that statement. Johns may not have the same poetic sensibilities as Moore, but with this arc he’s told a story that will stand the test of time. He’s pulled the very neat trick of changing absolutely everything, without changing anything at all. By looking at all that’s gone before, and honoring it, Johns has re-examined, and re-defined the Batman/Joker relationship for a whole new generation.

I’m not going to spoil anything, because fans need to read this. Many friends and colleagues, who don’t receive these wonderful books before their release, have asked me the same questions: Does issue three explain how and why there are three Jokers? Does it add anything new to the Batman/Joker relationship? Do we get a truly satisfying reason as to why Batman doesn’t kill this psycho once and for all?

The twist at the end of this story is one that I will treasure, because I didn’t see it coming. I couldn’t have imagined it in a million years! Not only do we now know why Batman hasn’t killed Joker, we get to understand why he probably never could, and never will. He has to keep Joker busy, he has to keep fighting this war, he has to keep Joker occupied… to stop him finding out the truth. Also, while Joker lives there’s a chance, no matter how slim, that one day he could possibly live a normal life once again.

What is that reason? Go out and buy this series, or order the collected edition… you won’t be sorry. 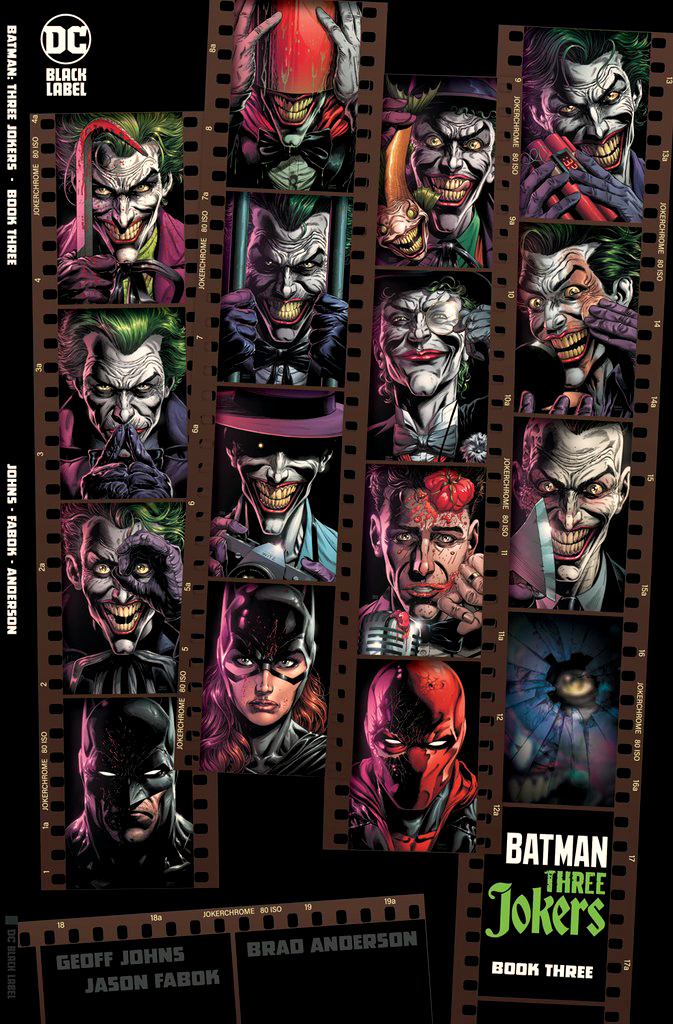 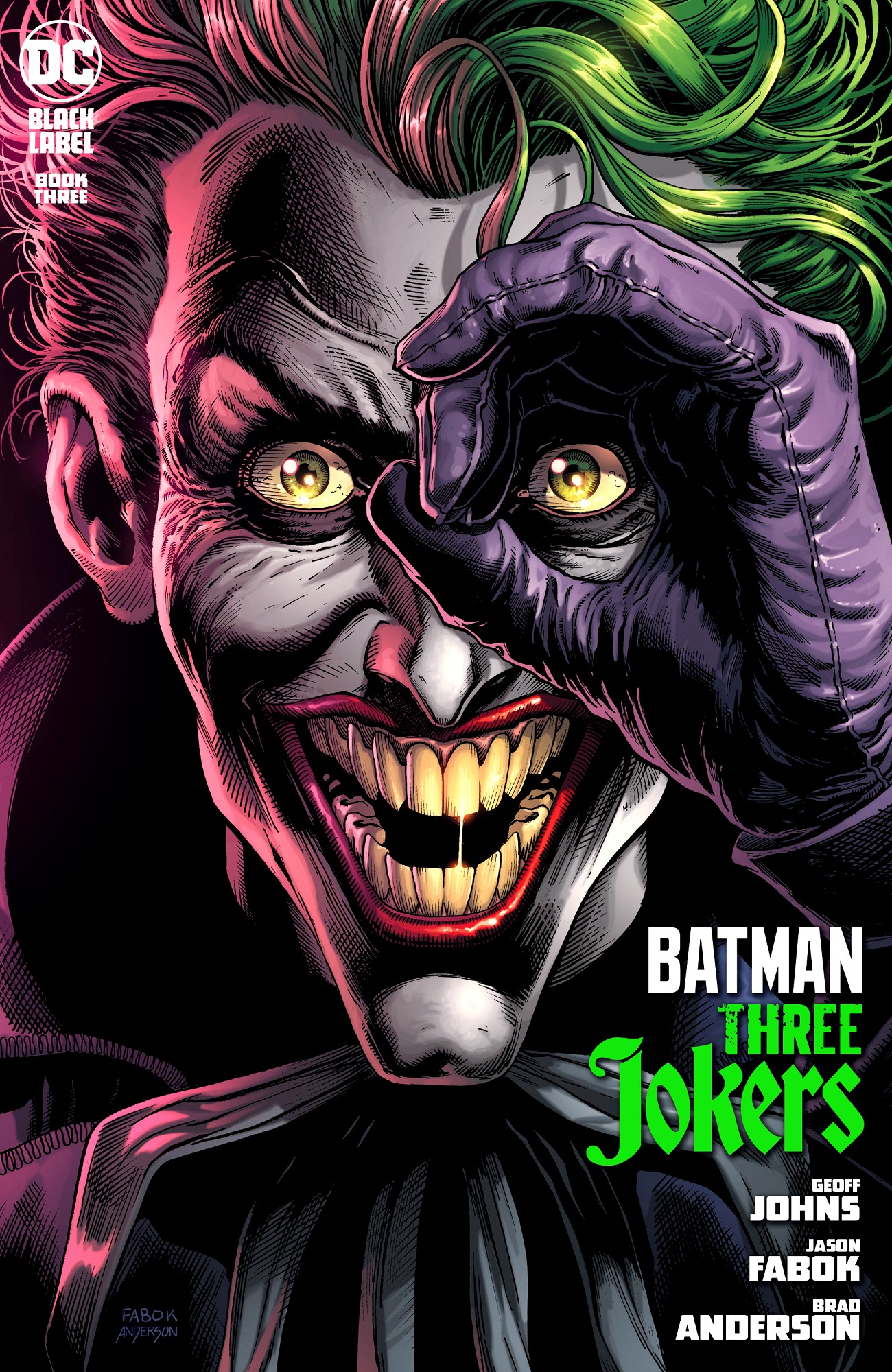 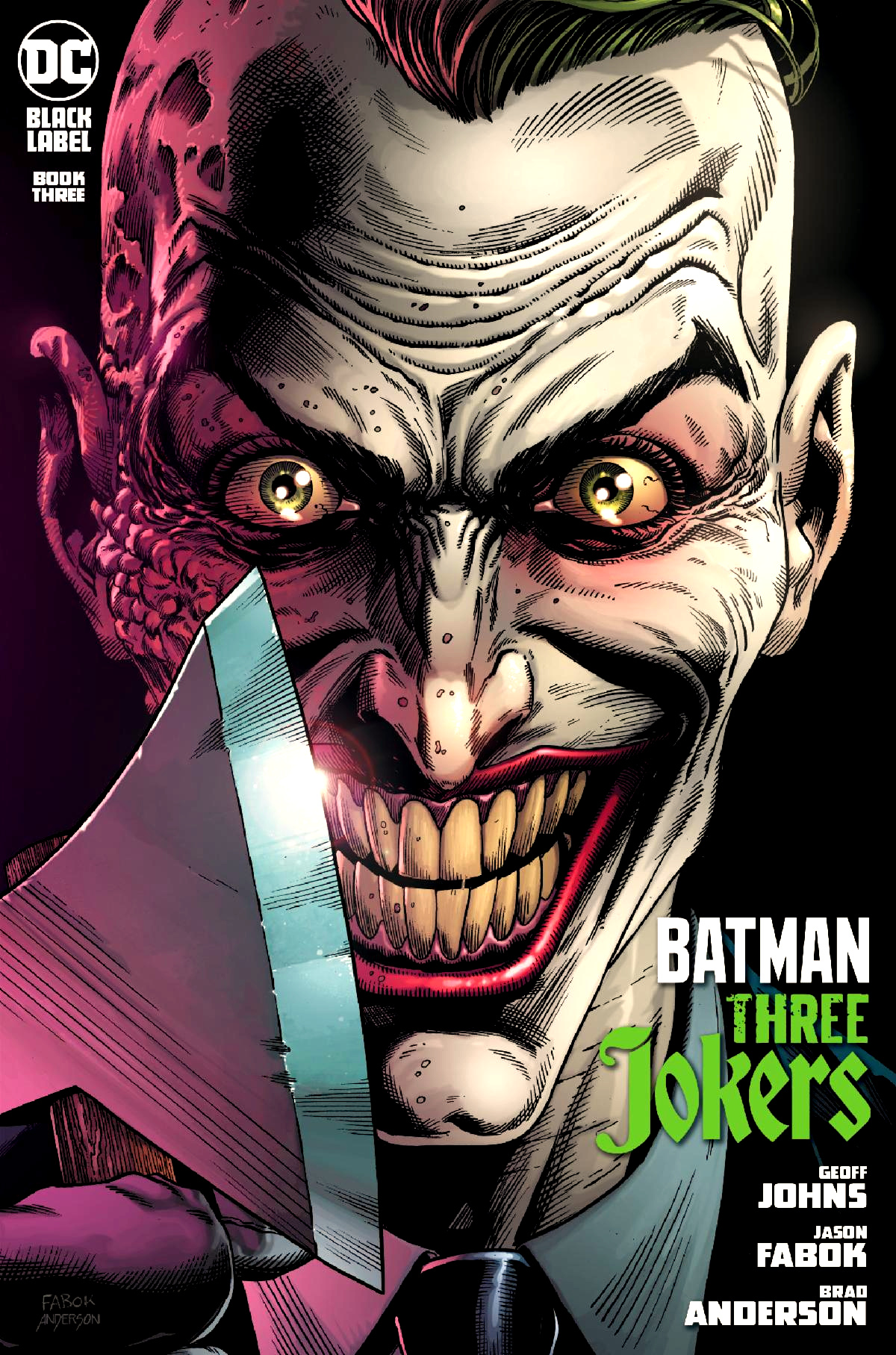 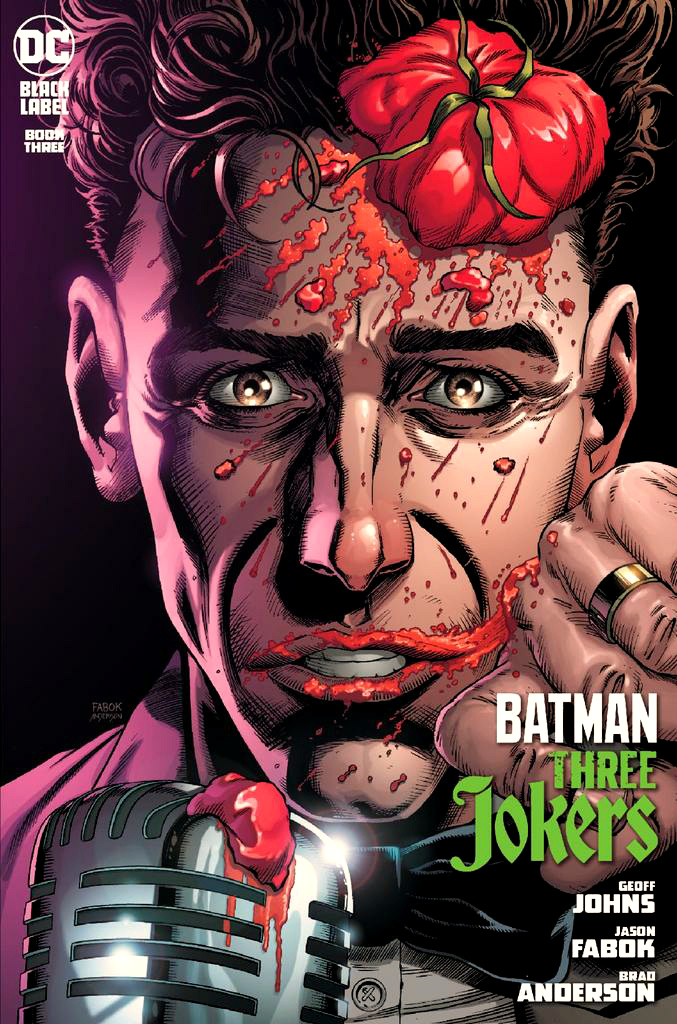 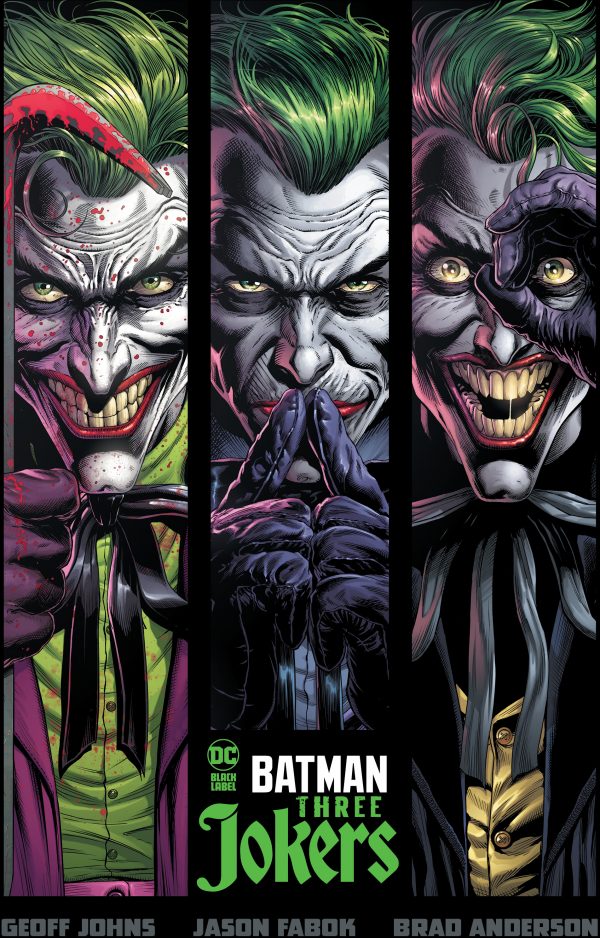 The one thing I will stand by from my previous reviews, is that Jason Fabok, Brad Anderson, and Rob Leigh have delivered the finest work of their careers. Sadly, DC hasn’t given us art from inside the book this time, but in some ways that’s better. This means that readers have to go and pick it up.

Jason’s storytelling is powerful, and visceral, all at once. The scenes between Bruce and Jason, then later Barbara and Jason, are stunning. The rage, the anger… even the love, it’s all there on full display. This issue has it all.

The flashback scenes are masterfully handled, and Jason’s stellar line art is so beautifully enhanced by Brad. What we get is something that could only be given life by a real collaboration between two, true artists. The past and present are clearly separated, but in a way that doesn’t jar the reader, nor pull them out of the story. Once I’d devoured this issue, I went back and re-read it, just to fully take in, and study every line, every wrinkle, every shadow, and every glimmer of light. Jason, Brad… wow. Thank you.

I cannot forget Rob Leigh. He’s developed a lettering style, particularly in the aforementioned flashback scenes, which took me right back to 1988, and Richard Starkings’ work on The Killing Joke. The difference with what Rob does with the dialogue in the present day scenes is subtle, and stunning. Like the 80s classic, this series is fairly wordy in places, so in the hands of a less talented letterer, it could’ve been a difficult read. Rob’s style, and flow, enhanced the storytelling and made reading this book a pleasure. I’ve read it three times now… on a tablet! I can’t wait to pick up the physical book!

The plot, characterization, and dialogue in this series have all been virtually flawless, and the art stands amongst the best there is. I own it digitally, I will own the three physical issues, and I’ve ordered the collected hardcover too.

Batman: Three Jokers #3 is far more than an homage to a classic; it’s a re-invention, a re-telling, and a re-invigoration of one of the greatest (if not the greatest) comic-book rivalries of all time. We also get to feel real empathy towards Jason Todd, and see just how strong Barbara Gordon is. Both heroes come through the experience changed, yet stronger. They also feel more real, and human, than ever before.

I love Batman, and Three Jokers has somehow made me love him more. This tale has elevated his status, as a hero, and as the World’s Greatest Detective. Another side of the character, that of protector of the innocent, also got raised several notches. The Batman/Joker rivalry has already fascinated and entertained us for over eighty years. Thanks to this amazing story, I truly believe that it will continue to do so for decades to come.

As a Batman fan, I cannot recommend this series highly enough. This is about as good as comics can get.