Filming in Liverpool for Warner Bros’ The Batman continues, despite the city introducing enhanced coronavirus restrictions.

The British government announced its three-tier system for the North of England on Monday. Due to a spike in cases of the virus, Liverpool was placed in tier three – the most serious “very high” risk category, however, cameras are still rolling on The Batman, which features Robert Pattinson as the eponymous superhero. 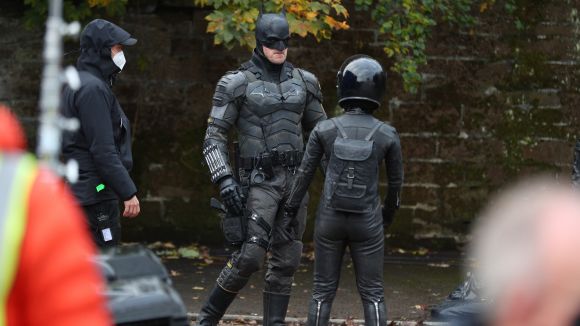 The Film Office is working closely with every single production to ensure Covid-safe measures are in place and are being adhered to in accordance with rigorous industry protocols.

Production on The Batman began in Glasgow earlier this year, but was halted due to the pandemic. Last month, filming was halted after Pattinson tested positive for coronavirus, yet he and his castmates have been spotted on set in Liverpool.

Pattinson could be seen in character as Bruce Wayne wearing a dark suit, tie, and coat as he shielded under a black umbrella, while filming outside St George’s Hall in the city. 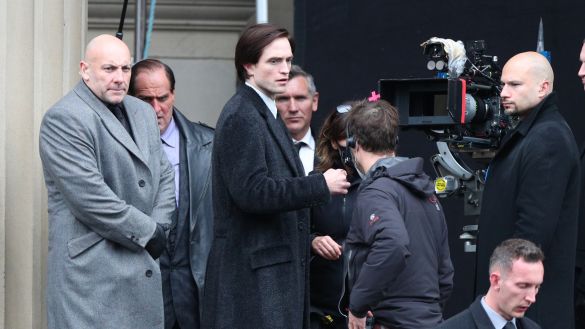 The highly anticipated film sees the superhero returning as a lead protagonist for the first time in four years. Directed by Matt Reeves, the film will see Pattinson follow in the footsteps of actors including Christian Bale, Ben Affleck, Val Kilmer, Michael Keaton and George Clooney in playing the Dark Knight.

Despite where we are with the pandemic, the cast and crew appear to be following all the rules to keep the cameras rolling. Kudos to the actors and actresses that are working without masks, albeit whilst still going through the testing measures to keep everyone on the cast and crew safe.

Perhaps you have another view on whether cinematic endeavors need to shut down even further? Or are you ready for movies to get rolling again in your local theater?

Please feel free to weigh in!