“Forever and for Always” 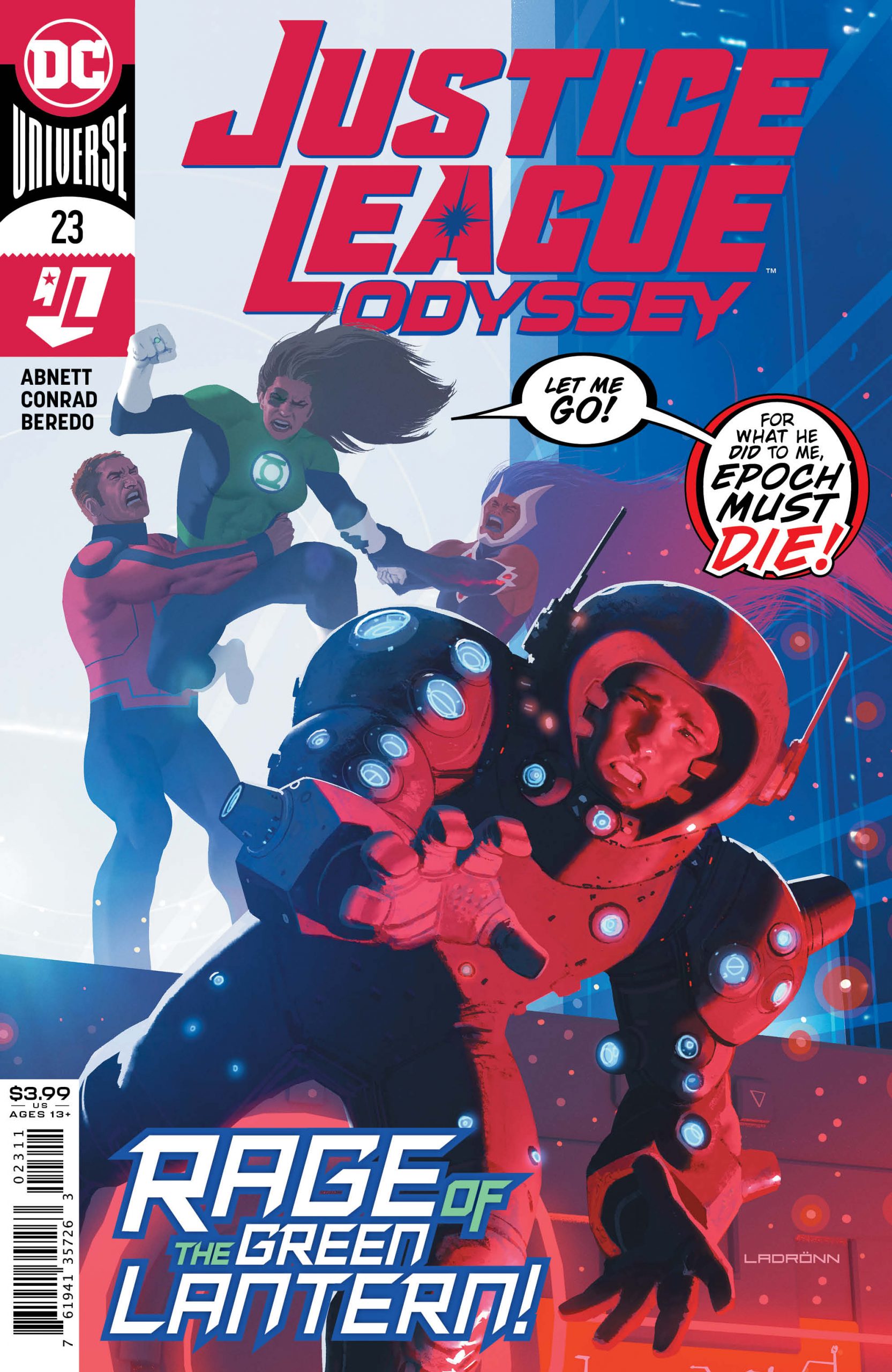 Allegiances turn on a dime in the surprising Justice League Odyssey #23. We’ve all been following intently since the last offering, where team leaders were shunted through time, and Epoch’s master plan edged toward reaching its climax. Everything’s made all the more tense when we see one of the most powerful evil entities in DC almost bested by a foul extra-dimensional threat. Now, all is uncertain, and exciting, and it’s only going to build from here to the series’ end, in issue #25.

The deep, almost grunge color scheme from Rainier Beredo carries over very nicely into this issue. I like my science fiction grit covered, and not the pristine whites of Star Trek. I think there’s a realism to be said about space-ships, and far flung city-scapes, filled with corroded metal, and alien creatures with hulking, uneven proportions, to make them seem like the evolutionary abominations that they are. 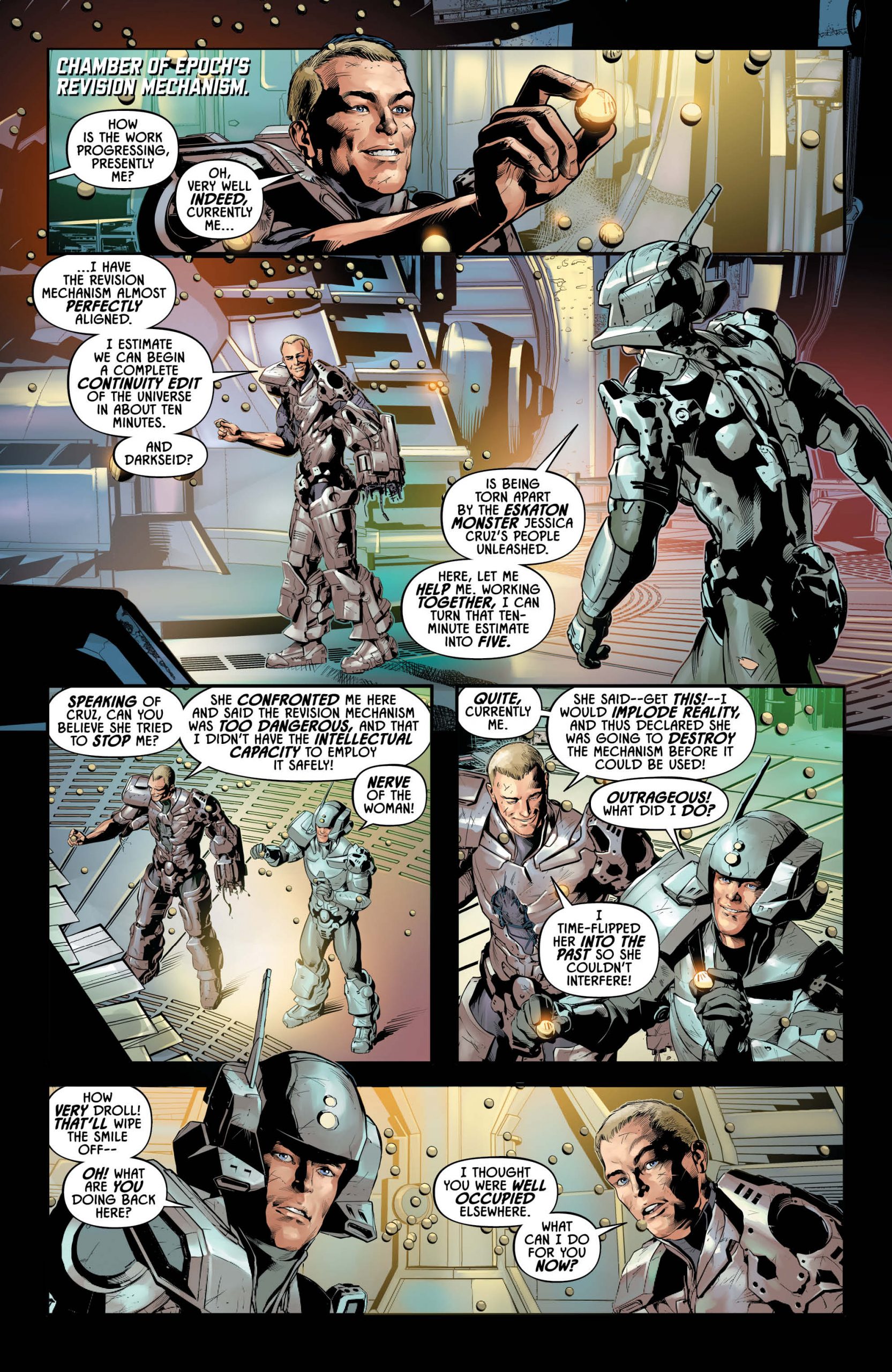 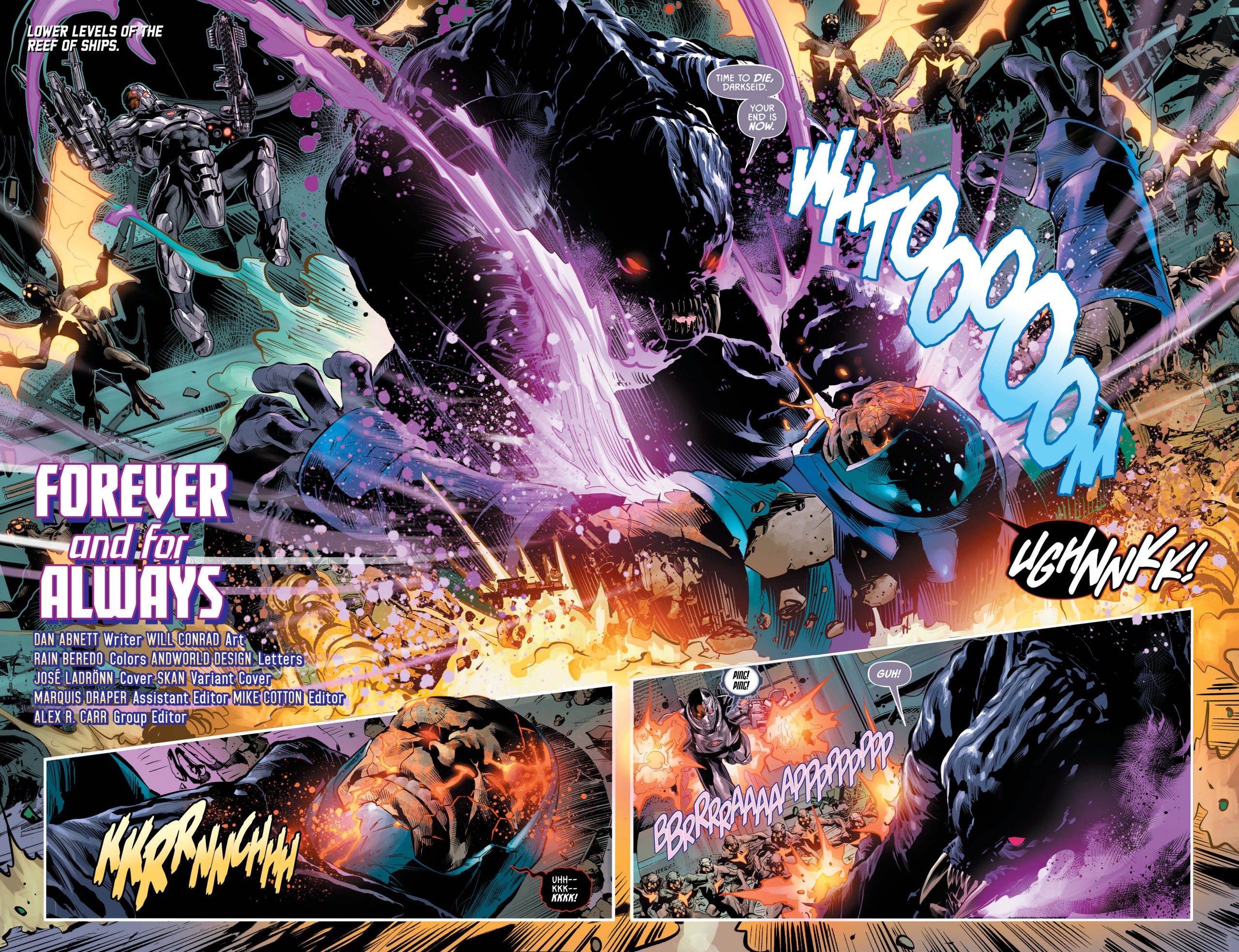 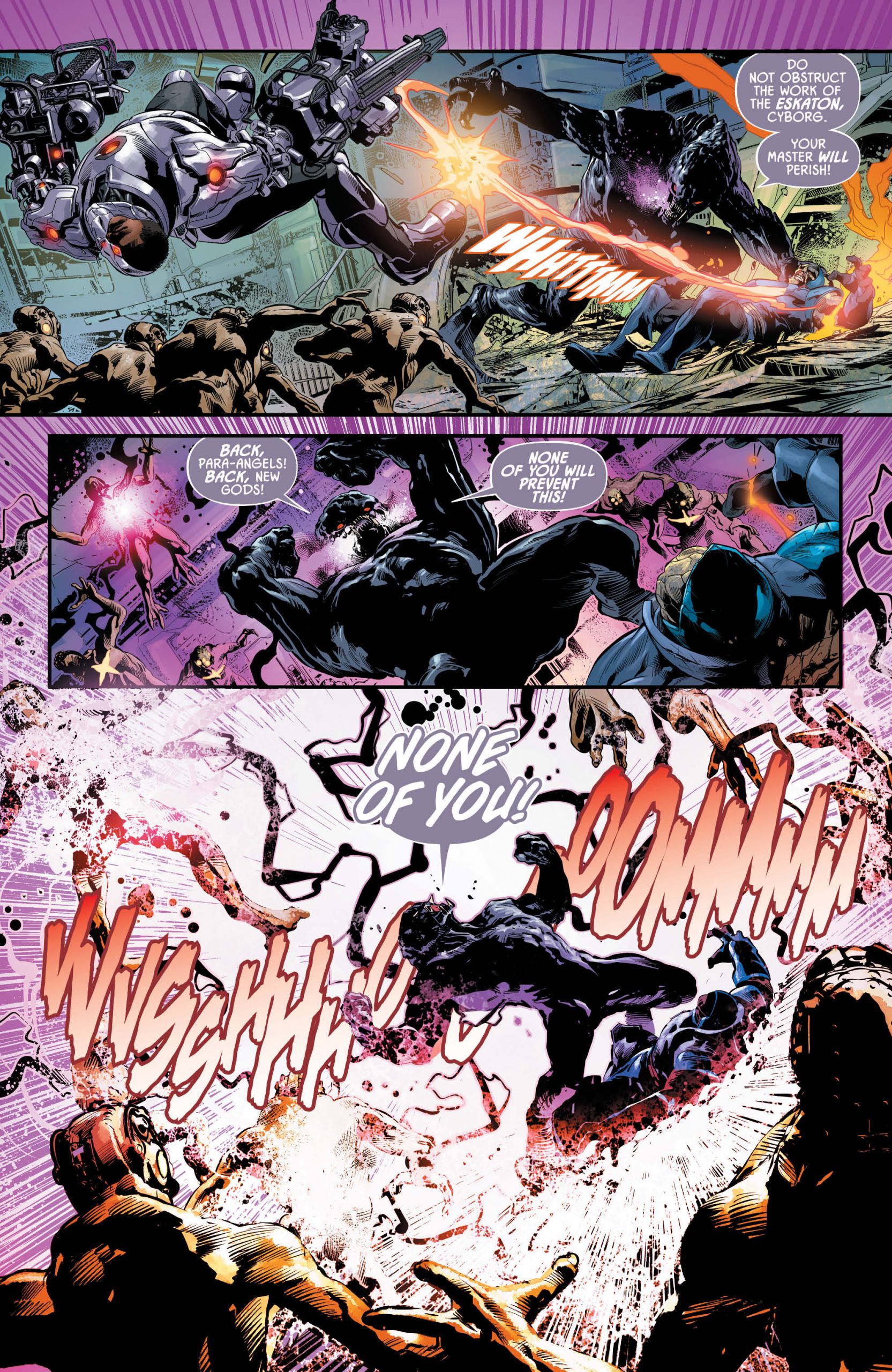 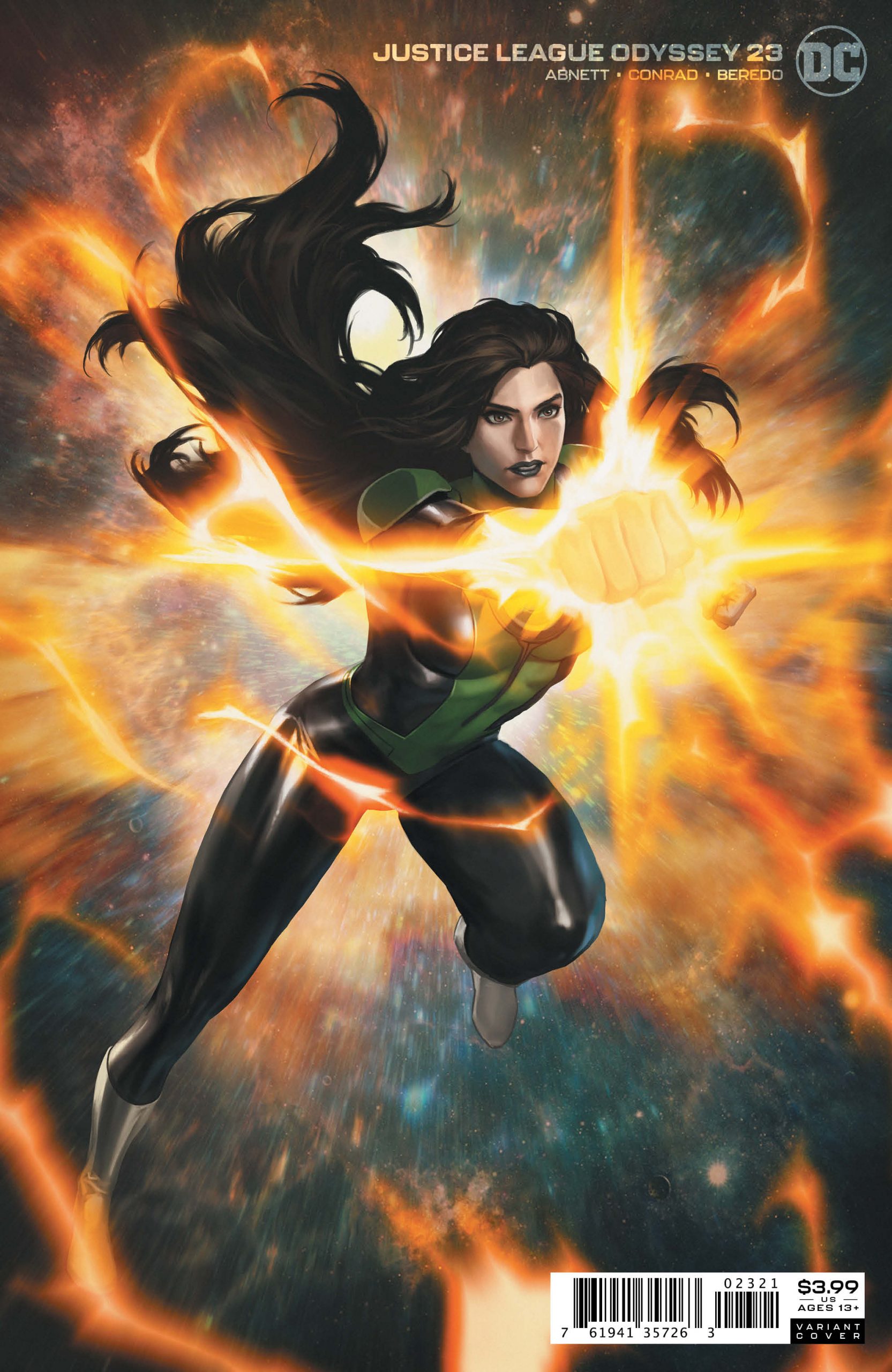 This issue heats up the tensions that we’ve been feeling from the characters for many issues now, and Darkseid’s grip on Cyborg is stronger than ever. Plus, the somewhat aggressive attitude of Blackfire is out in full force.

This issue delivers hard with multiple unexpected twists. Some are things we really should have seen coming, but others were huge surprises. The tone of what we can expect, and how we feel about some of these characters has been completely shuffled and shaken up. It’s a real testament to writer, Dan Abnett, who’s been able to switch the characters’ motivations in a way that’s shocking, but still reads sincere and true. There’s no way to tell what can happen next in a title where allegiances can shift so abruptly.