“The Last of the Space Rangers” 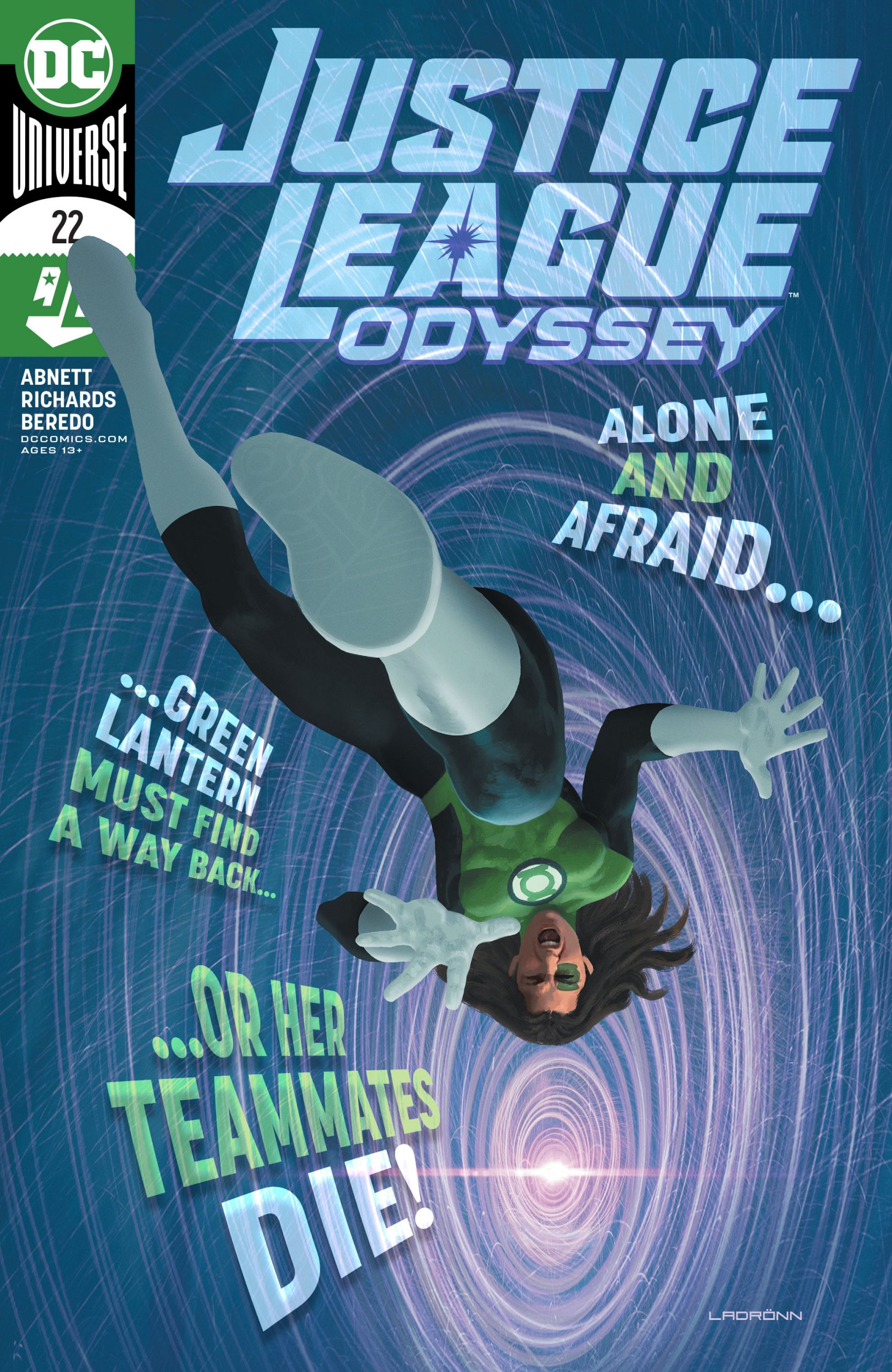 In Justice League Odyssey #22, Darkseid seeks absolute control of time, and Epoch has all but handed him that godlike power, by transporting Jessica Cruz to another era. Can the Justice League Odyssey team stop him in his tracks? If they fail, the Lord of Apokolips could rewrite universal history in his favor, and any opposition would will cease to exist! Oh, and we get tons of nods to a certain star spanning saga too.

Mandalorian episode anyone? Or a 1977 Star Wars Cantina Scene?

Epoch transports Jessica Cruz into a time era where Suzi Starr (Gamma?) is the last of the Space Rangers, the last her kind, and is seeking to make a name for herself. However, some space scum is standing in her way. Fortunately for her, Jessica drops right into the jam Suzi’s in, and aids her newfound friend.

Dan Abnett knows that the bread and butter of this comic lies with Jessica Cruz. He’s taken the heart of the JLO and dropped her out of the current time stream, where she can save the multiverse from Darkseid. In doing so, however, he’s accentuated the role of a “minor” character and allowed her choice/sacrifice to merit a bigger role in the comic. 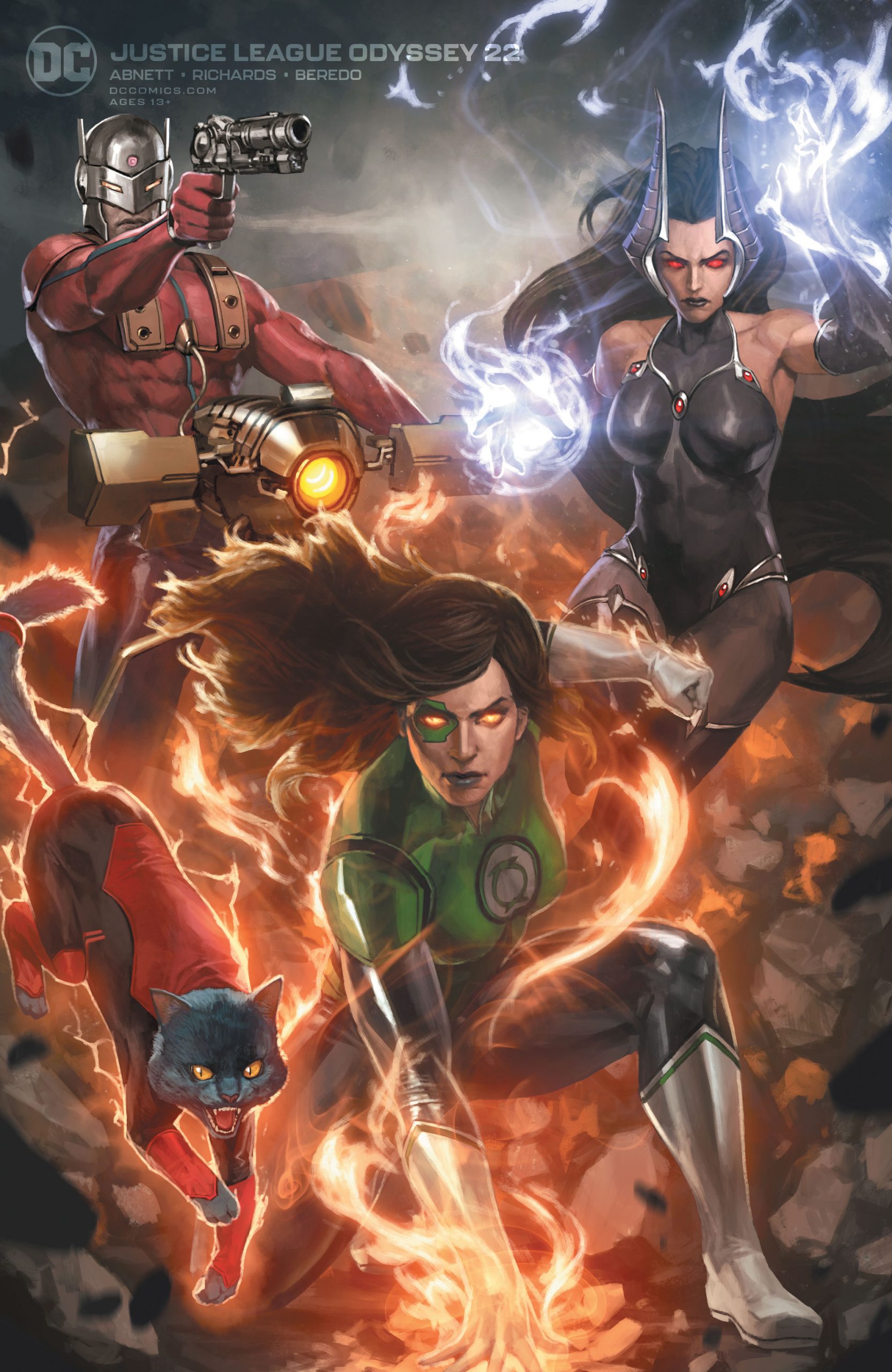 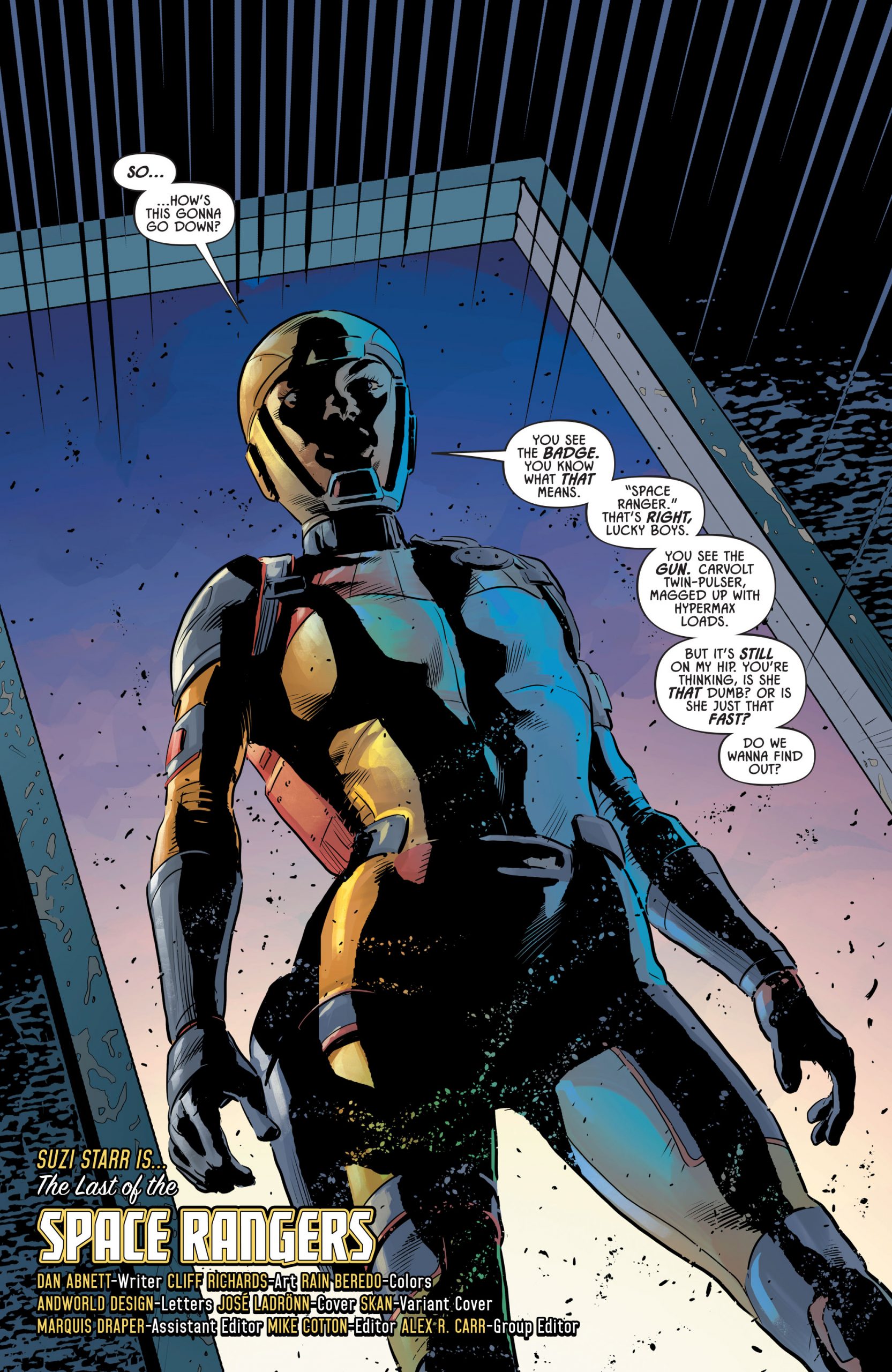 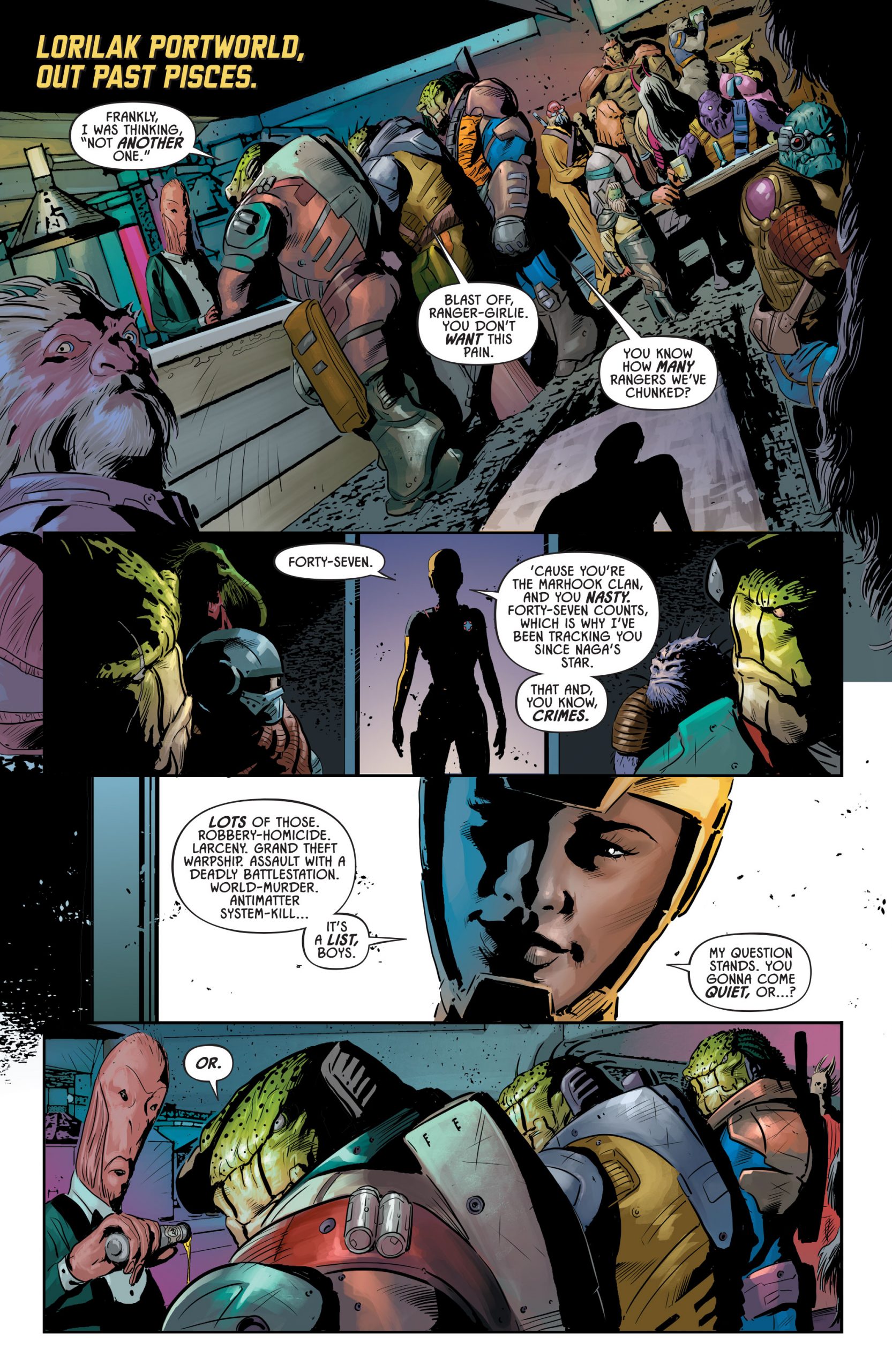 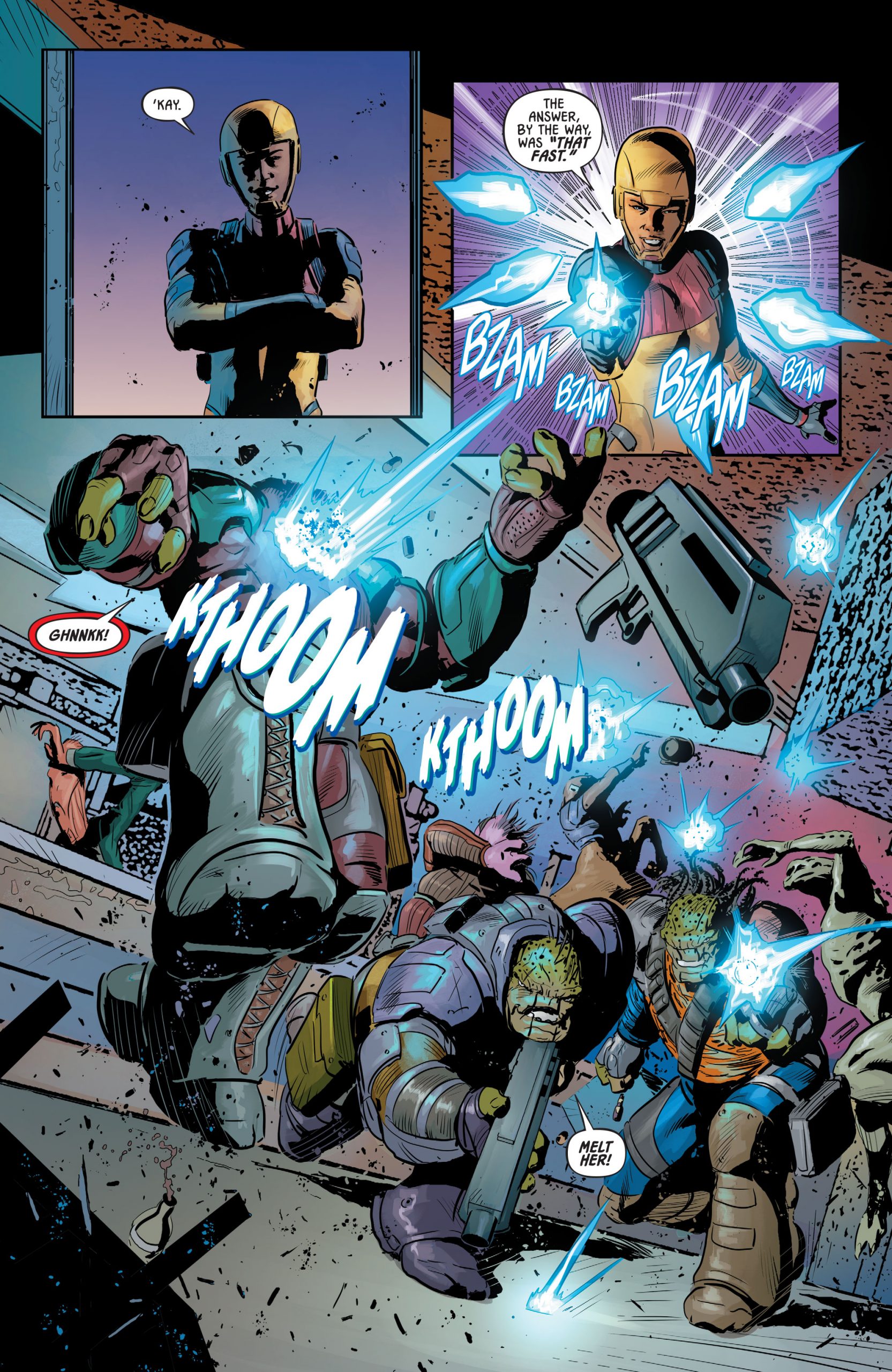 This episode drips of Rogue One: A Star Wars Story, but we’re working with an outer rim/space drama when looking at the JLO team. What’s to say that they’re not located in a galaxy far, far away?

I am Jessica Cruz!

She is the new era of Green Lanterns.  I mean, I really appreciate that we have a Gold Lantern now, and I love what’s happening in the DCeased series, where Dinah Lance (Black Canary) now has a power ring. Jessica’s the star that DC needs to hitch a wagon to, as she needs to catapult to the JL A-Team.

Cliff Richards more than does his fair share with his renderings, and has really set up Jessica to make the jump artistically.

Abnett borrows some elements from George Lucas and Jon Favreau, and I totally get it. He’s placed the book back on its rails, but by providing this “side bar” story that allows Jessica to shine in her motivation, he also allows this Gamma – Suzi Starr – to find a “greater good”.

Let’s hope that Ms Cruz gets back to her own timeline. We all know what happened when Bruce Wayne was banished to the past… Dark Nights: Metal anyone?