Dark Nights: Death Metal is entertaining, hilarious, and scary in equal measure, but this comics event is just getting bigger, badder, and battier by the day. What am I talking about, well a Lobo army for starters!

Check out this incredible press release, direct from DC Comics:

The Darkest Knight Has Won.
The Multiverse has been Destroyed.
The Worlds of the DC Universe are Nightmares.

Dark Nights: Death Metal #3 hit shelves this week, taking the Justice League to the sun to rescue Jarro (and Superman!) and introducing a Darkseid-infused Batman called Darkfather! This in-demand third issue sold out ahead of release, but copies are available at your local comic book store and more supply will be delivered August 25!

Dark Nights: Death Metal is only getting started!

In November, issue #5 will reveal the Darkest Knight’s true goal of remaking the Multiverse in his image – can Earth’s heroes rally together to make a last stand? And in two tie-in one-shot issues, the blood and guts and gratuitous violence of Lobo takes main stage while a world of evil Super Pets, and more, shows a glimpse into the nightmare realities that the Batman Who Laughs has created!

Take a look below at November’s lineup for Dark Nights: Death Metal! 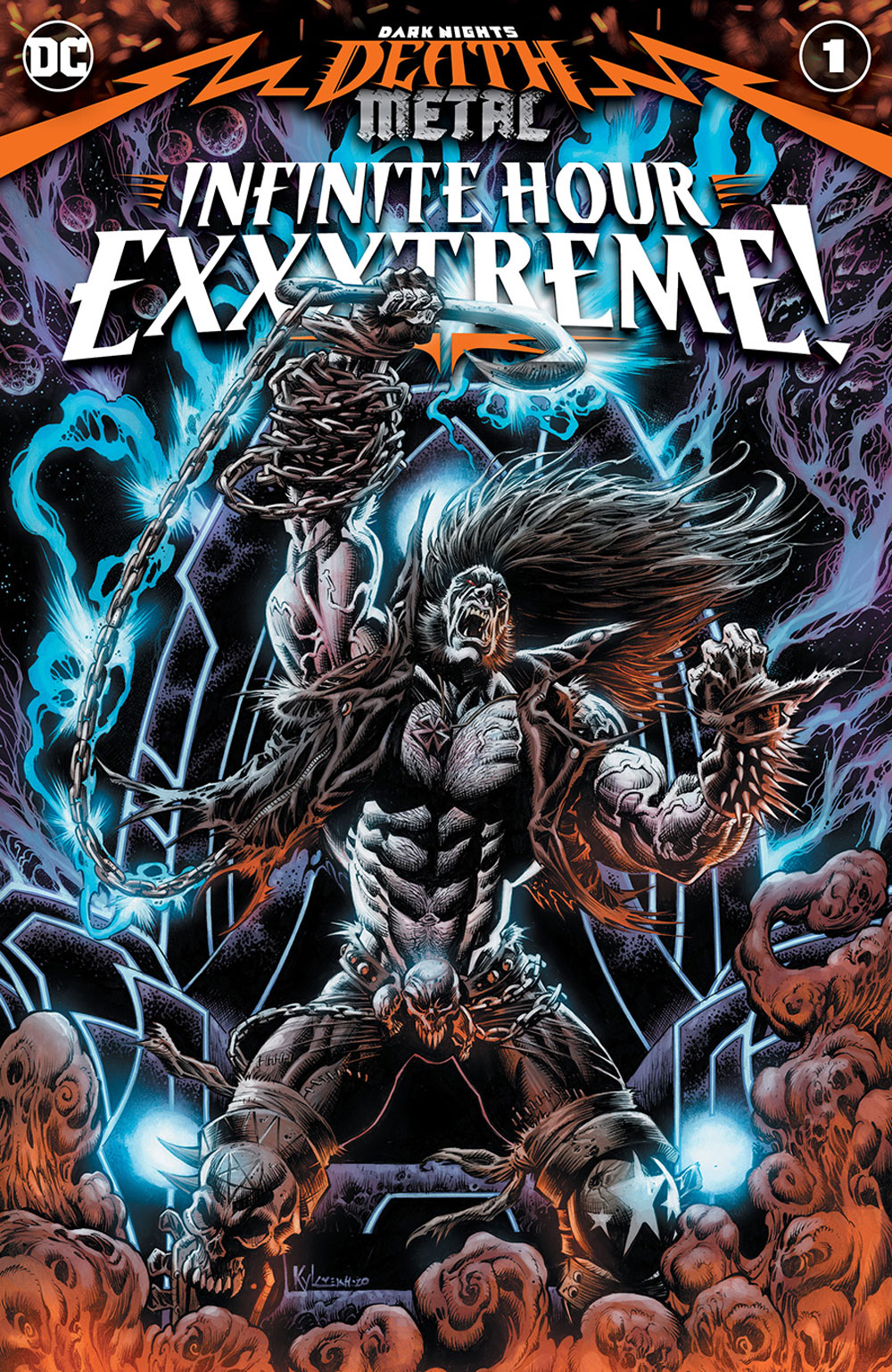 It’s storytime with Lobo. And it’s not going to be pretty!

Pull up a chair, ya bastiches – it’s time for Uncle Lobo’s Infinite Hour! It’s your chance to let the Main Man Lobo-tomize you with familiar yet freaky stories of the DC Universe, exactly as he remembers them: with blood and guts and exxxtreme gratuitous violence! Tell yer comics guy to put you down for alllll the copies! 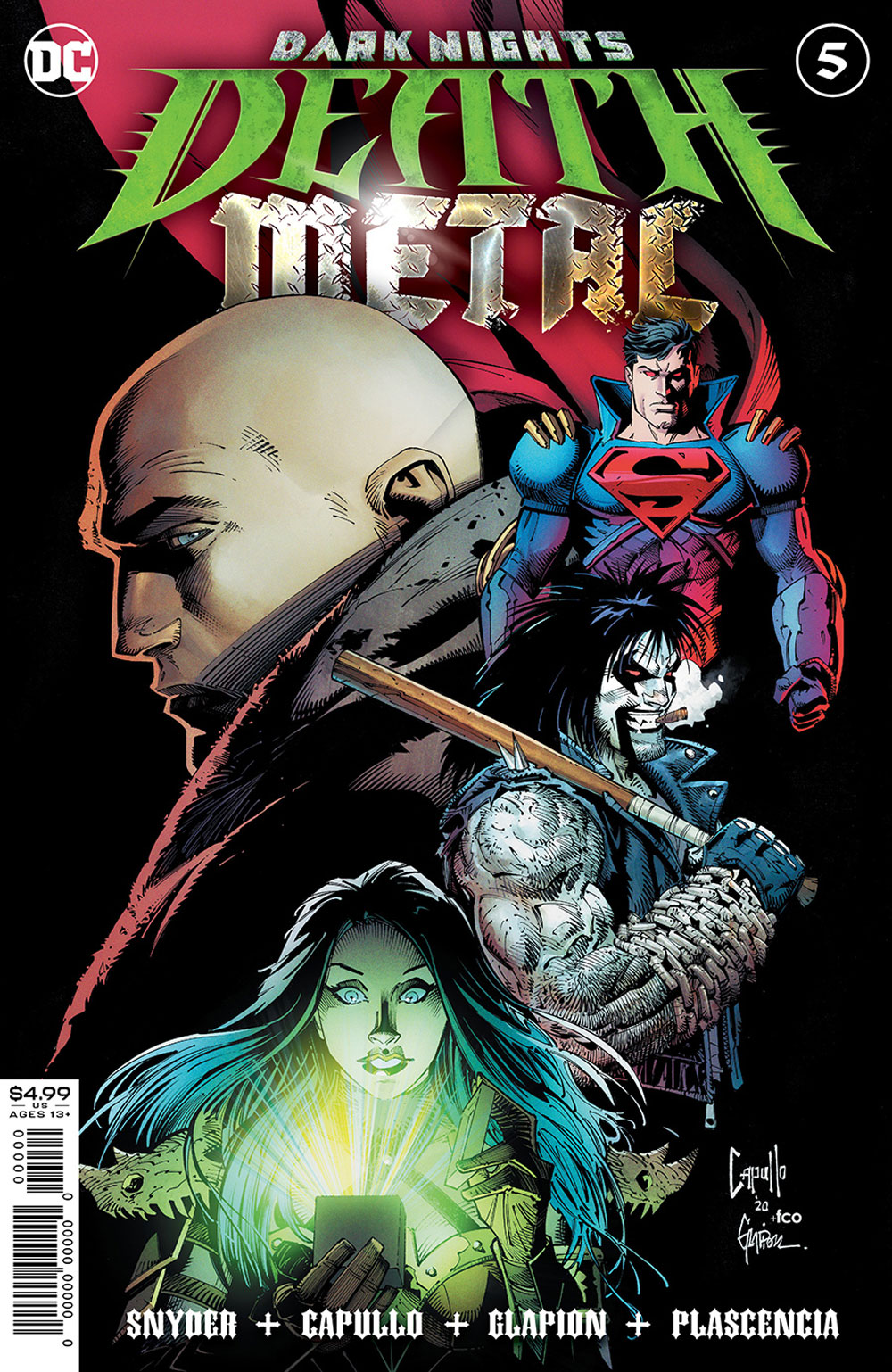 The Darkest Knight has won – and the multiverse will pay the price!

The Darkest Knight has won. With absolute power at the villain’s fingertips, Wonder Woman and the rest of the DC heroes are nothing to him. As the Darkest Knight turns his sights to his true goal, remaking the Multiverse in his image, can Earth’s heroes rally together to make a last stand? 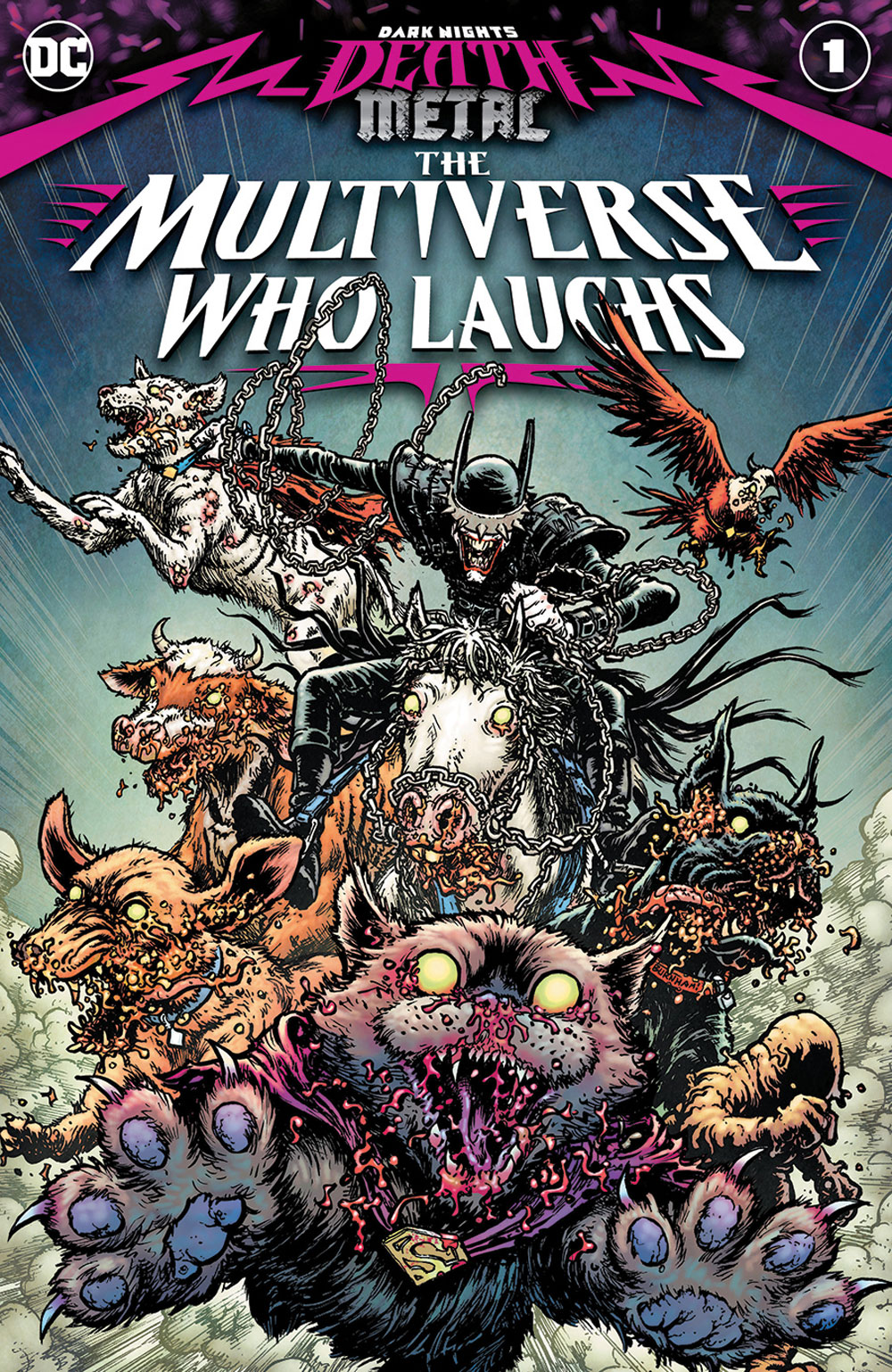 With the multiverse destroyed, the worlds of the DC universe become nightmares!

The DC Multiverse is a collection of alternate-reality worlds where anything is possible. Each world tells the tale of a possible split in reality, or shows how lives vary depending on a single, solitary decision. But now that the Multiverse has been destroyed, the Batman Who Laughs has used his god like power to create a new Dark Multiverse…a collection of 52 evil worlds, each more terrifying than the last. This one-shot offers the curious – and the brave – a glimpse into the nightmare realities that the Batman Who Laughs has created in tales by creators who know what it means to have a truly twisted sense of misfit humor. An Arkham Asylum even more terrifying than what we know? A world of evil Super Pets? All that and more in these new tales of the Multiverse Who Laughs!

I collected every single issue of the original Dark Nights: Metal, and with stuff like this headed our way, I sure as hellfire will be picking up all these gems too!