“Welcome To The NEW Family” 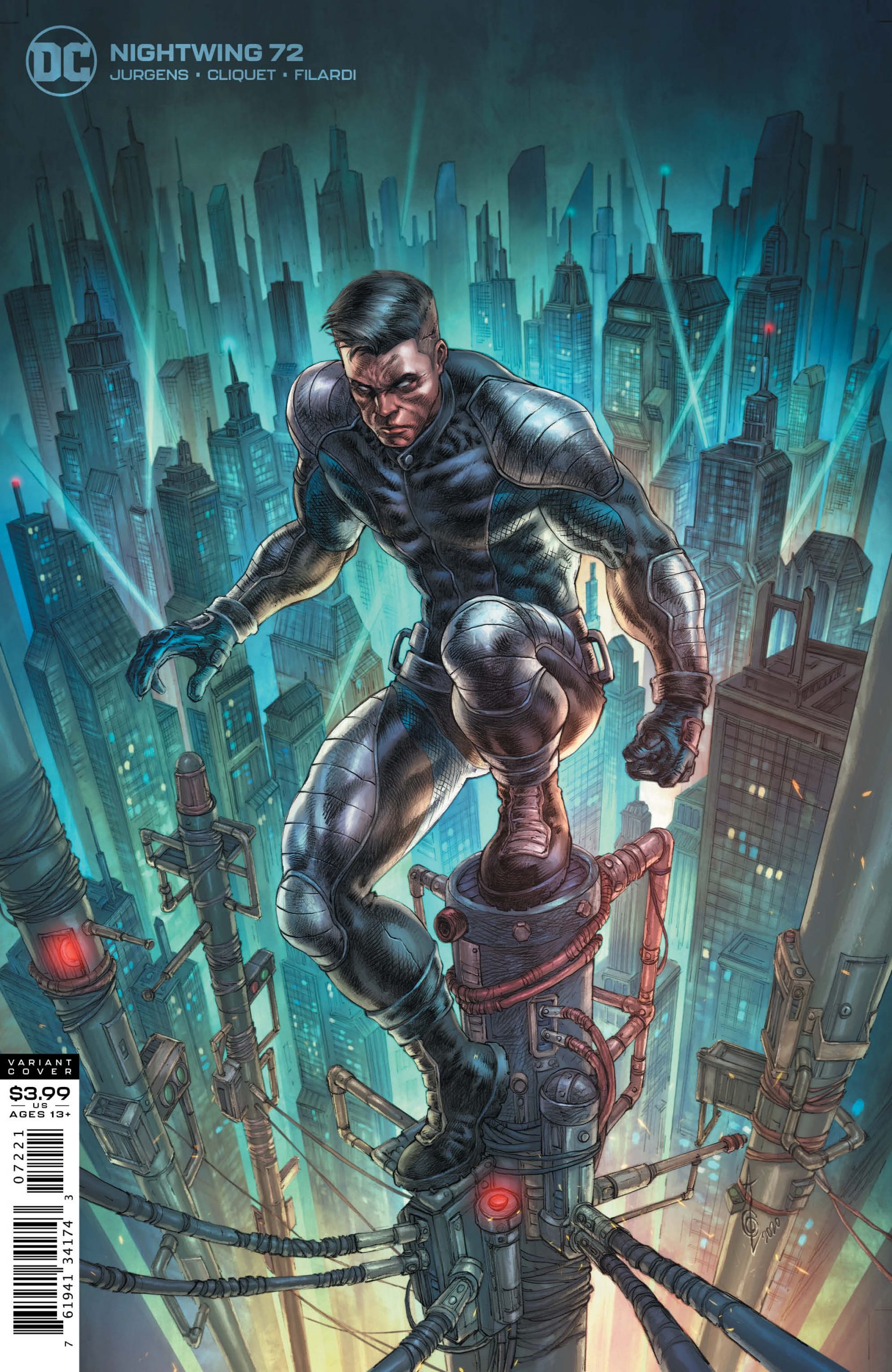 The Joker has always been bad news, but a Clown Prince of Crime who knows all of Nightwing’s secrets, and by extension, all of Batman’s? That’s beyond bad… that’s catastrophic! Welcome to Nightwing #72.

We last left our hero in Joker’s clutches, holding the Court of Owls’ memory crystal, which had already messed up Dick Grayson’s memories. In this issue, we catch up with Dick, Bea Bennett, and special guest Batgirl, the following morning.

If you think you’ve woken up not feeling yourself, you’re not even close to being in Nightwing’s shoes!

I know I’m in a minority, but I’ve loved every second of this amnesia storyline, even moreso since Dan Jurgens took over as writer. Throwing in the Court of Owls, the Condors, and now the Joker/Punchline team, has been truly inspired. It’s so great being able to read and review comics I physically collect, before they’re even released. 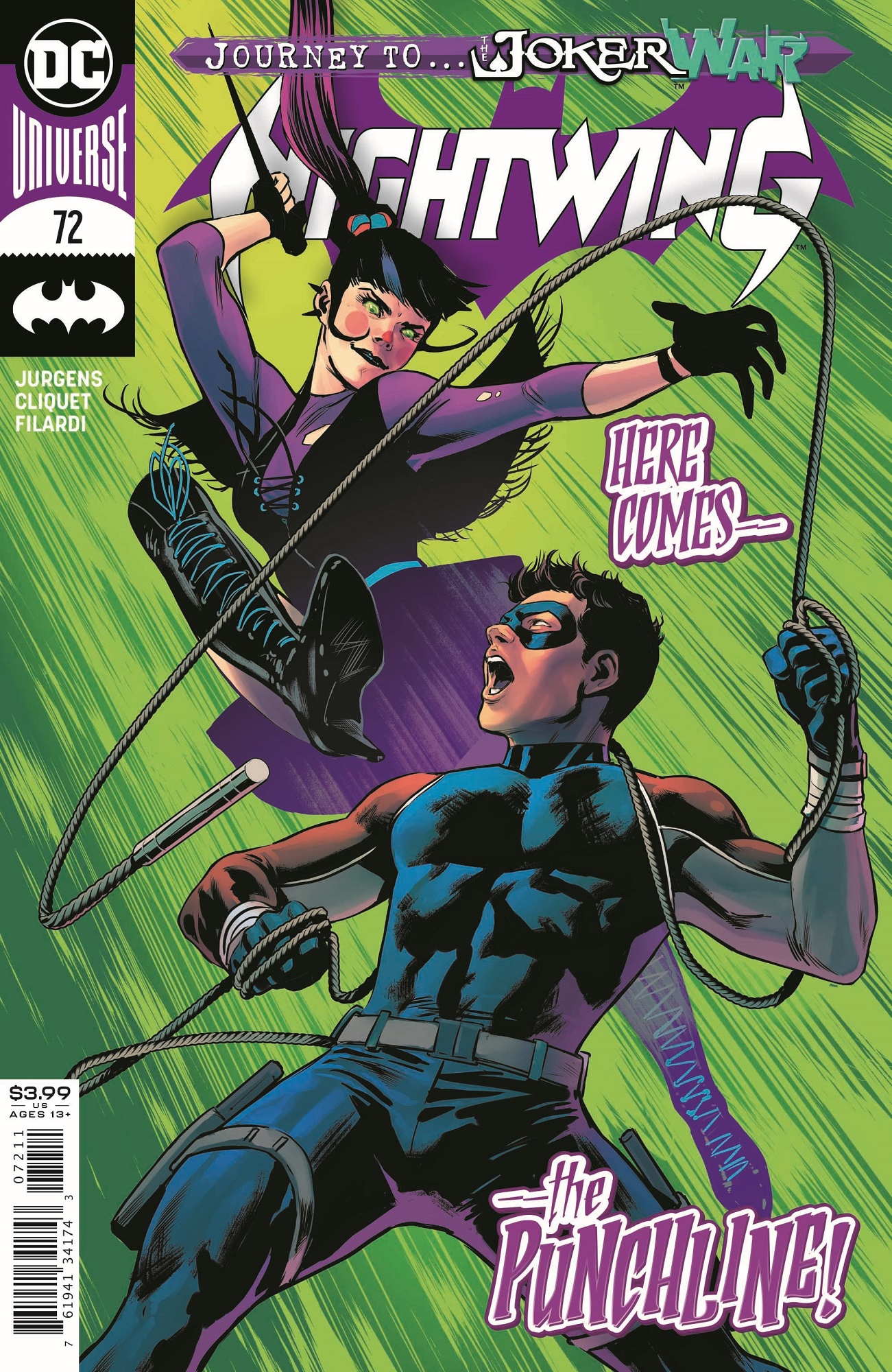 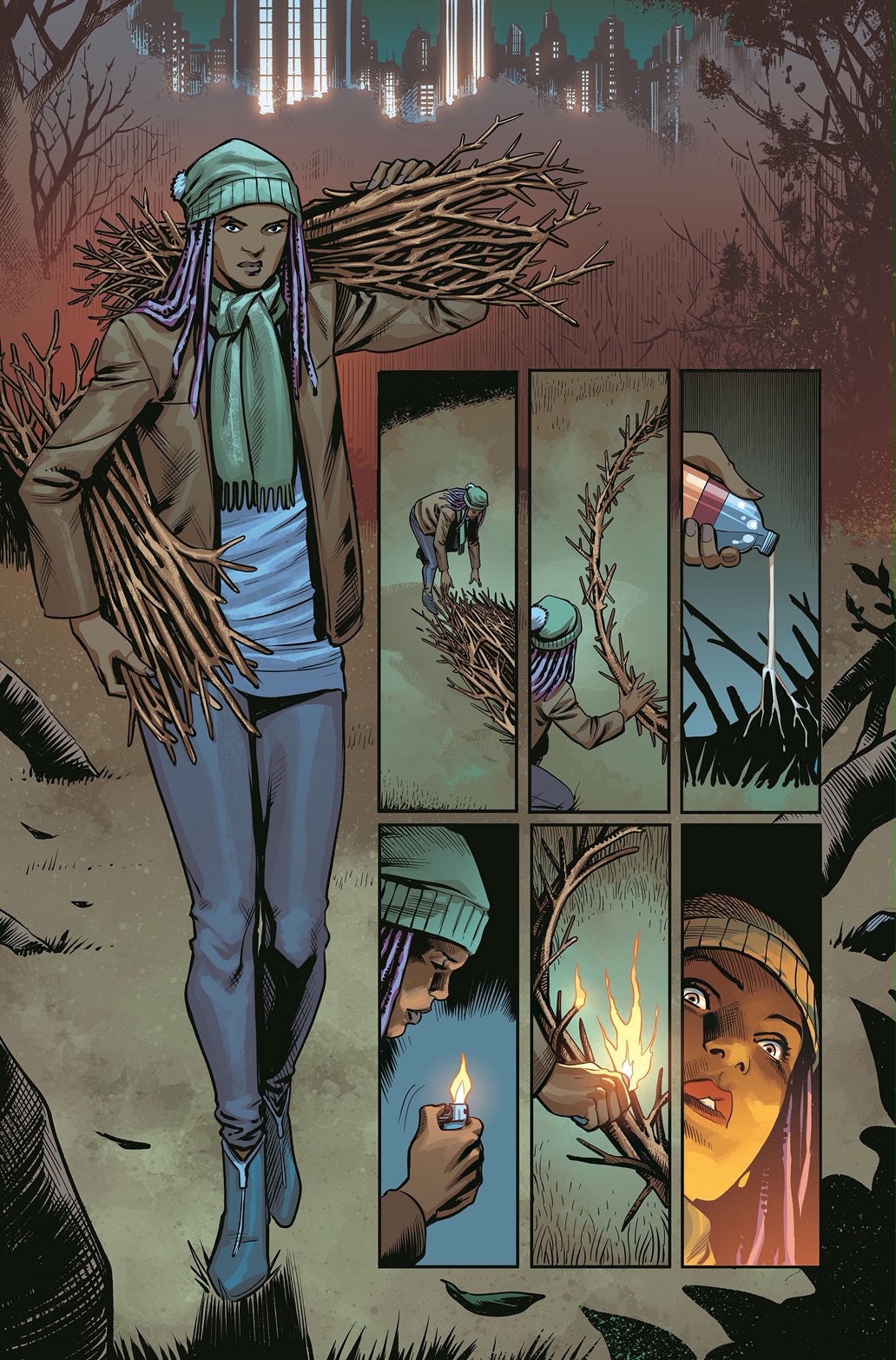 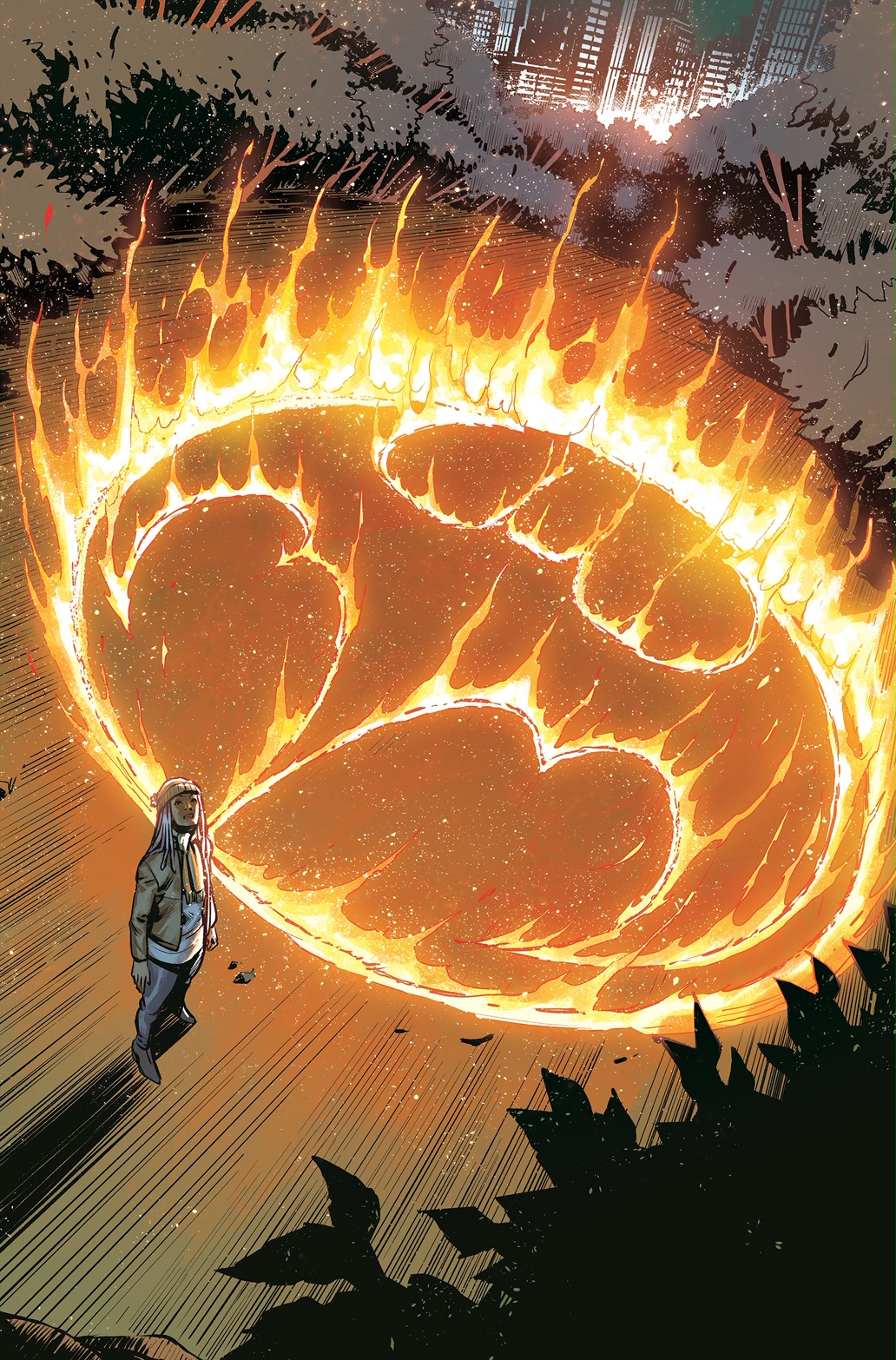 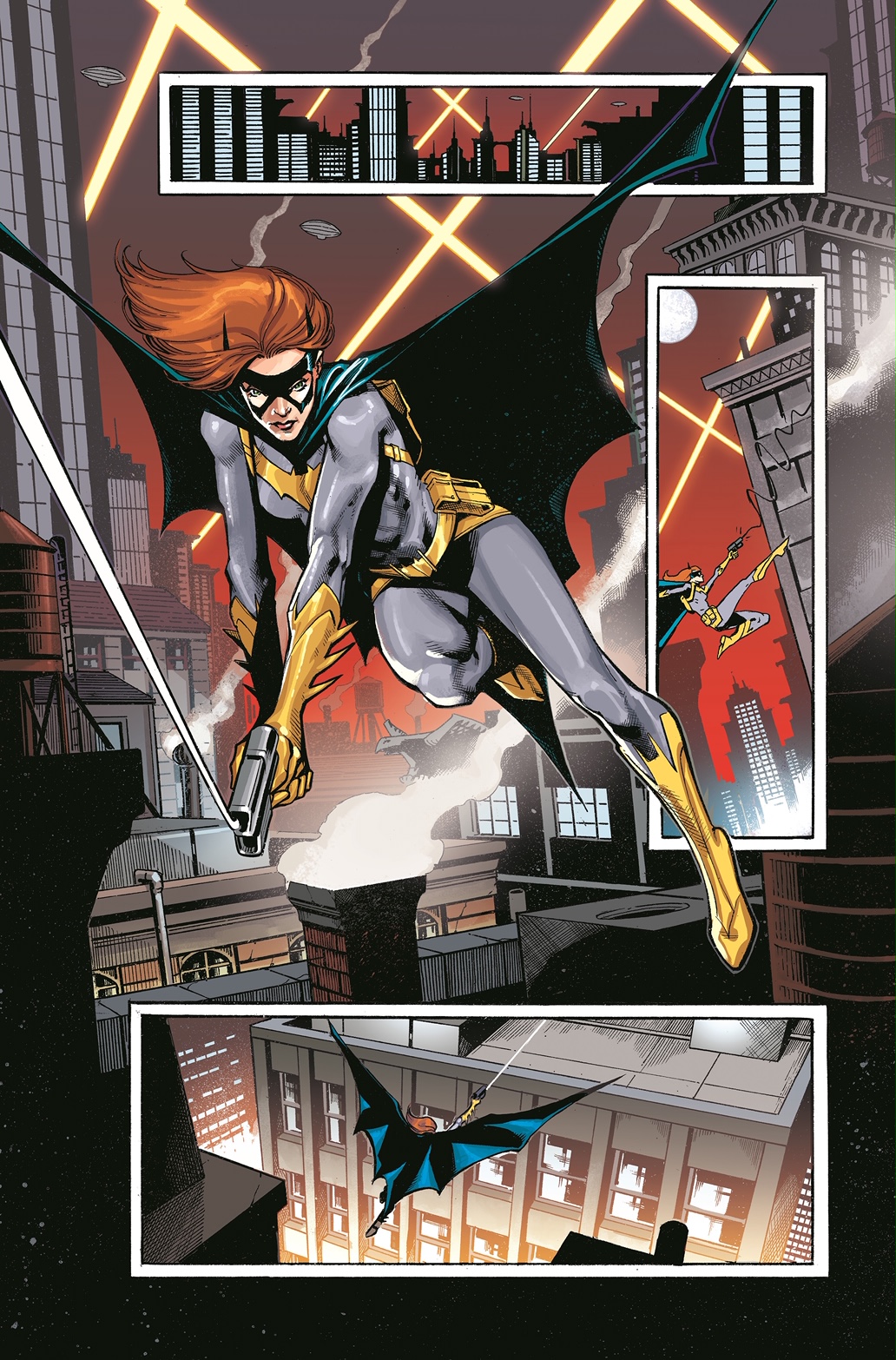 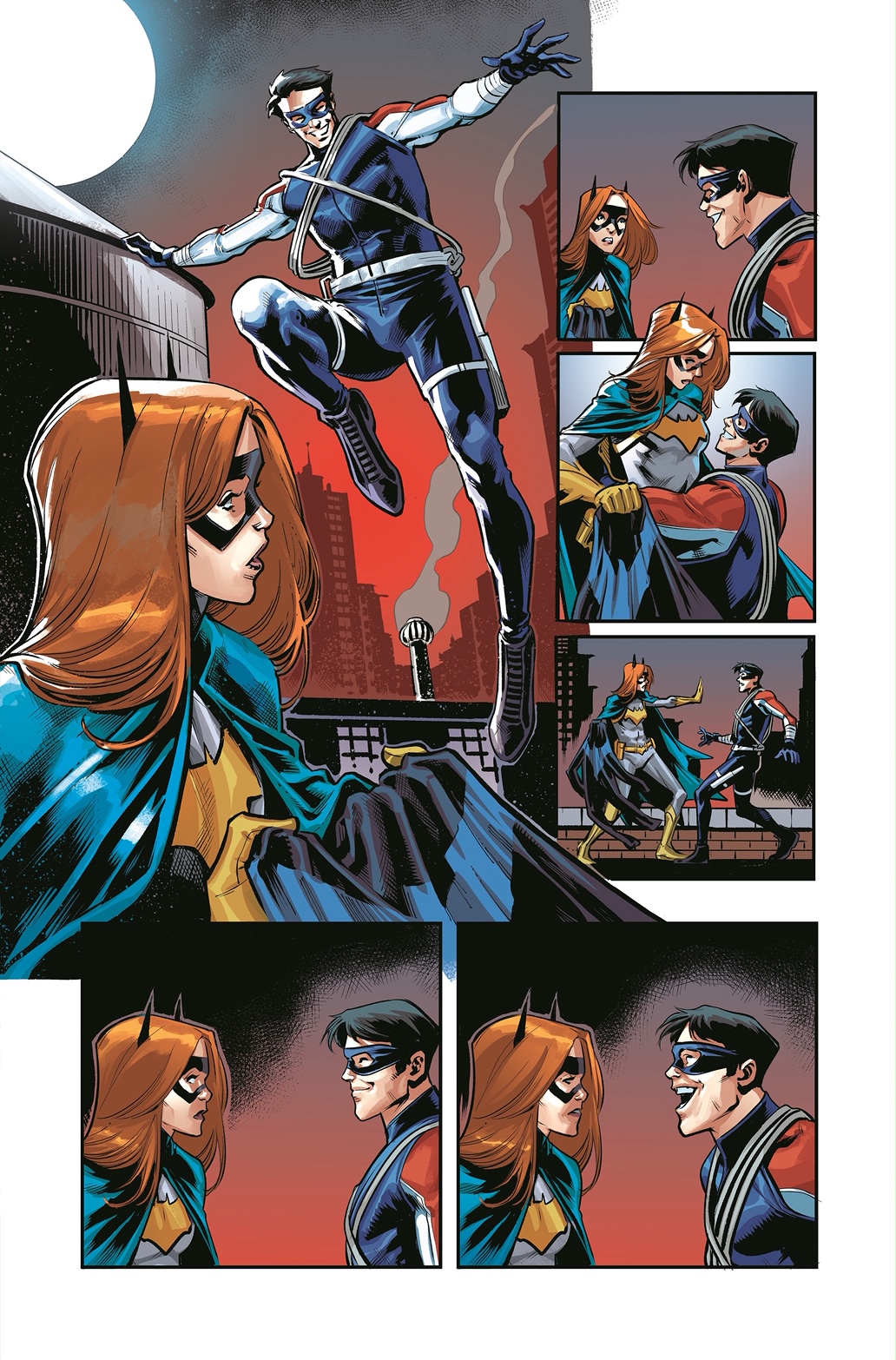 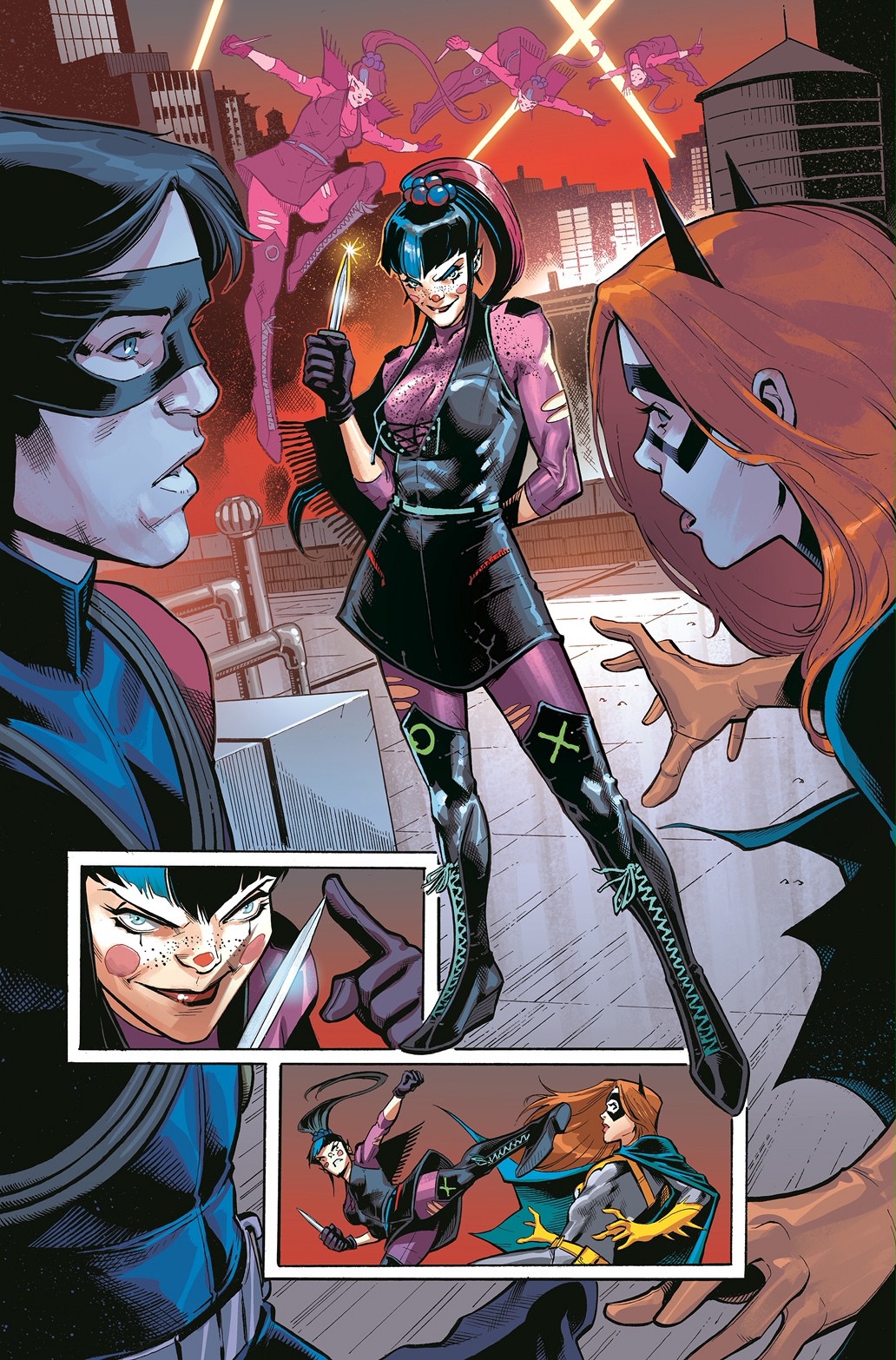 The Joke’s On You… And Here’s The Punchline

Dick Grayson is arguably DC Comics’ greatest team-player, seeing him as part of a dynamic duo, with either Bruce, or Damian, as a Titan, or teaming up with his old flame and long-time partner – crime fighting, and/or otherwise – Batgirl, is always a treat. For me, Dick and Babs are my dream couple, and they’ve had the longest will they/won’t they/why don’t they just get on with it, relationship in history. I will never give up on those two.

Babs’ love for Dick is so clear in this issue, and even though I’m enjoying the Ric Grayson/Bea Bennett relationship, my heart still breaks for Batgirl. Events in this issue make the heartbreak even more painful.

As always, the art team of Ronan Cliquet and Nick Filardi are red hot. The scene where Punchline flips into action is sublime, and Cliquet’s clean lines are enhanced beautifully by Filardi’s’ earthy, warm, sunset colors. The action scenes, featuring fights, and Batgirl swinging through the night, are all terrific, but I also love the flashback/pancake scenes; with their off-kilter colors, putting readers on edge, telling us that something’s not quite right.

Nightwing #72 is all killer and no filler. The last three pages are some of the most shocking I’ve seen in a while, and had me shouting at my tablet PC. The Joker’s building his army, and, if you’re also reading Batman and Detective Comics, you know that he’s got some of the deadliest recruits imaginable… none moreso than those revealed in this issue.

Color me frightened/nervous/excited. War is upon us.