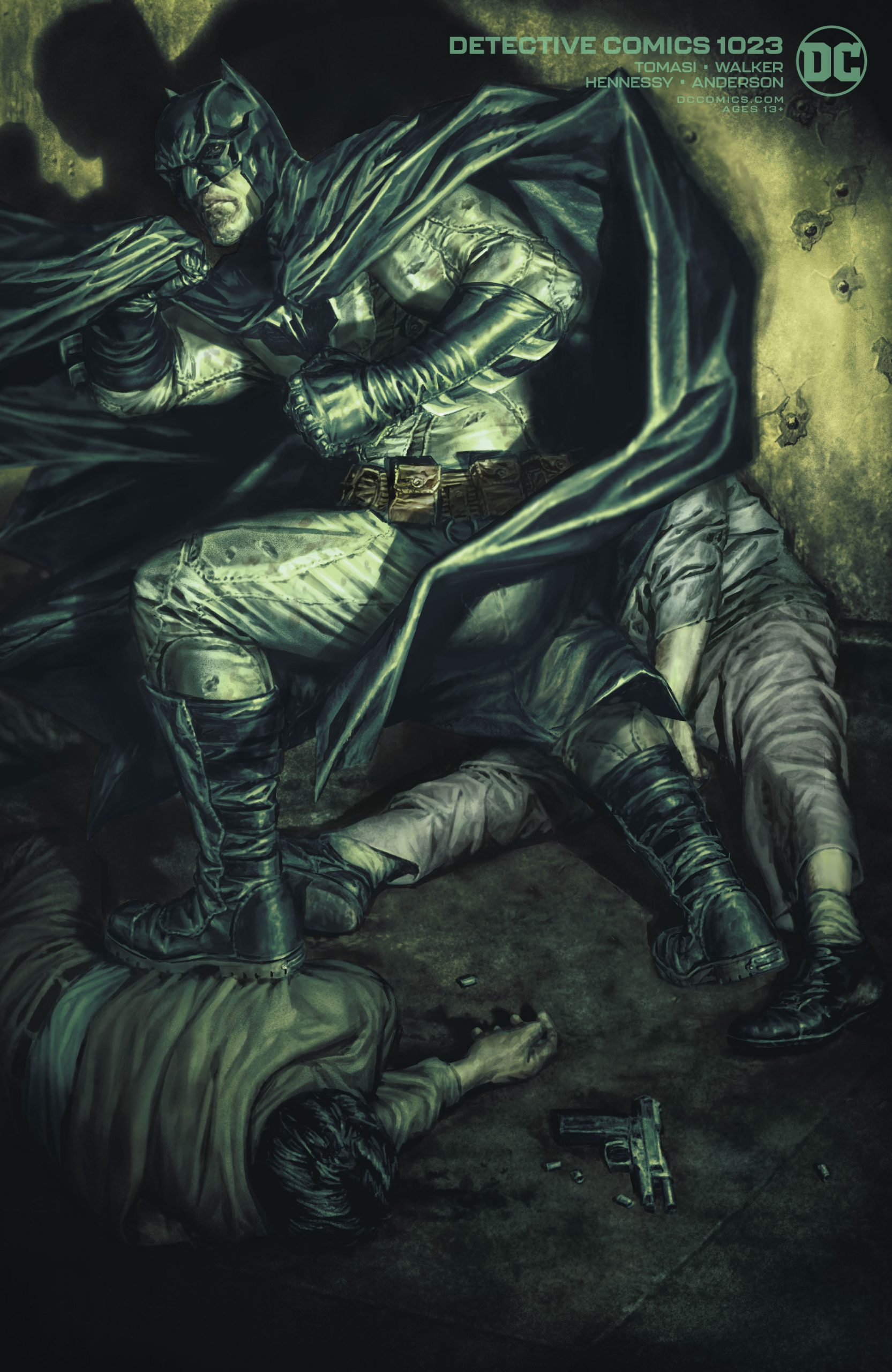 Detective Comics #1023, takes us another step closer to the huge “Joker War” event, and the Clown Prince Of Crime is beginning to amass his army. We catch up with him making enough noise to wake the dead, and his newest recruit will surprise and delight readers everywhere, particularly fans of Scott Snyder’s New 52 Batman run, and those who regularly pick up Nightwing. I’m not one for spoilers, but a winged wonder is on the March, and Batman had better watch out for his Talons.

Peter J. Tomasi writes a great Joker, and the way he’s tied this issue in with his previous work on Batman & Robin, and his most recent Two-face storyline , has been masterfully handled. Many fans would argue that the Joker is an over-used character, or that we see too much of him, but when celebrating his 80th year terrorising Gotham, and when he’s this well written, I’m not complaining at all. 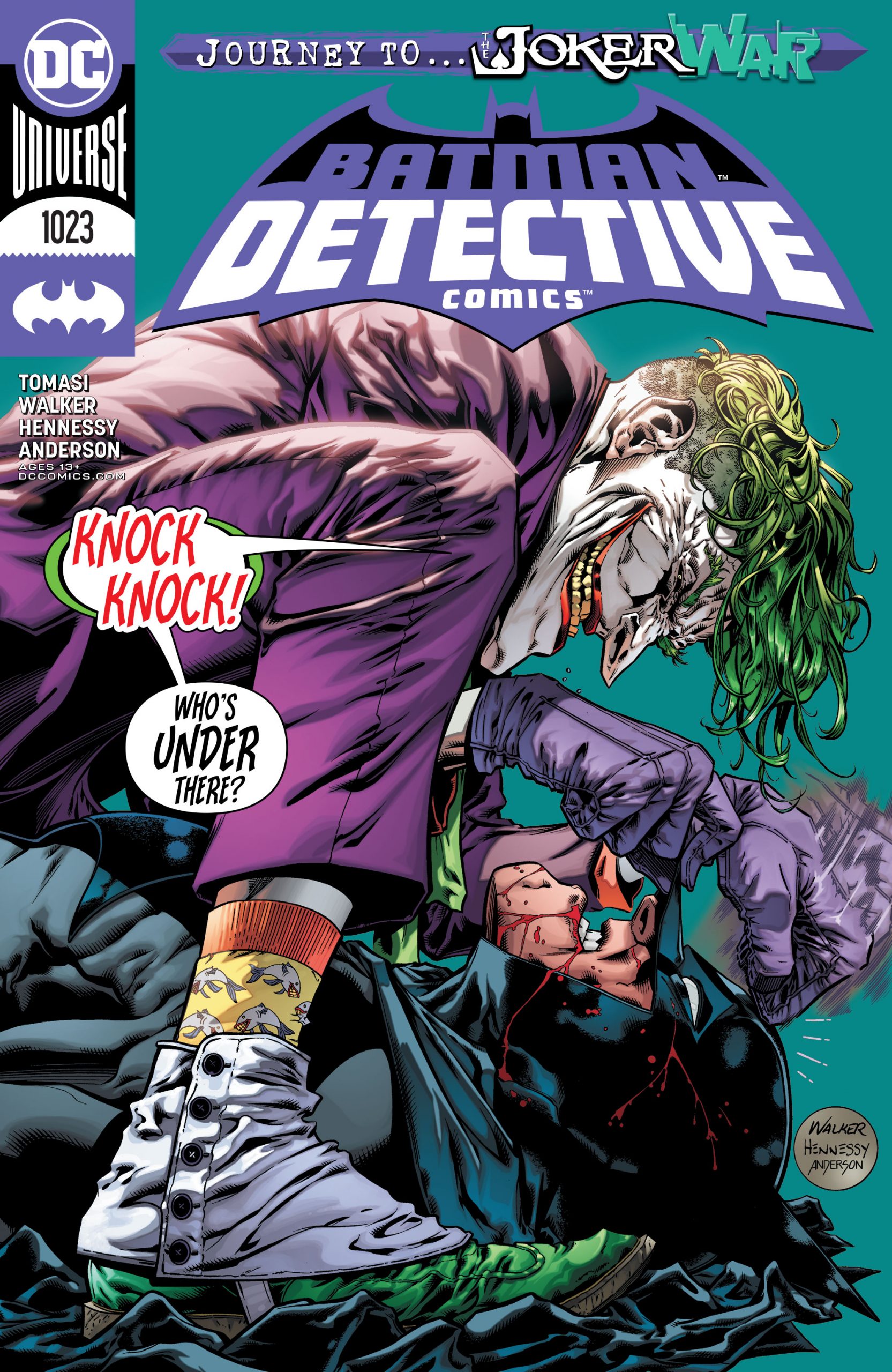 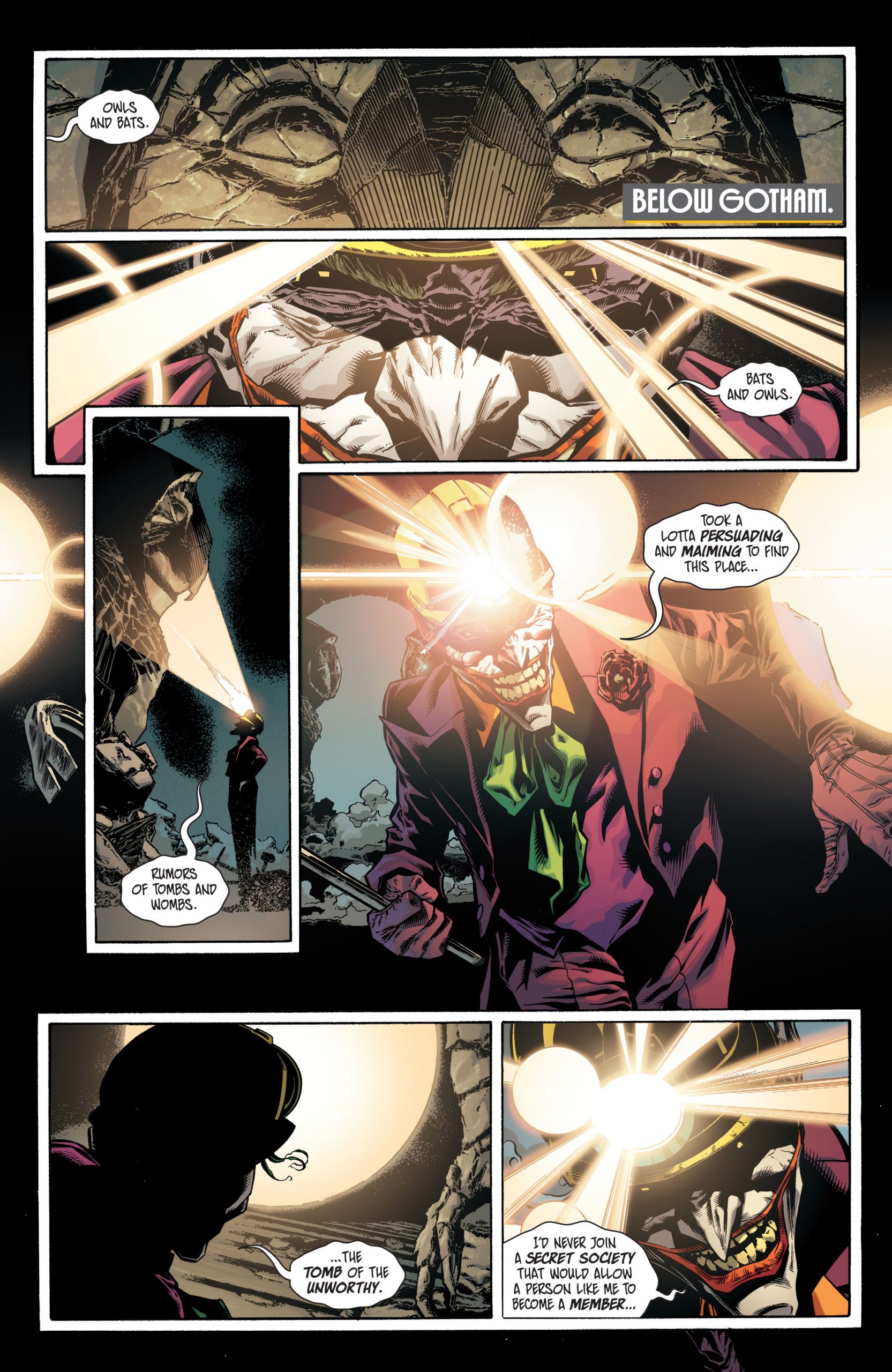 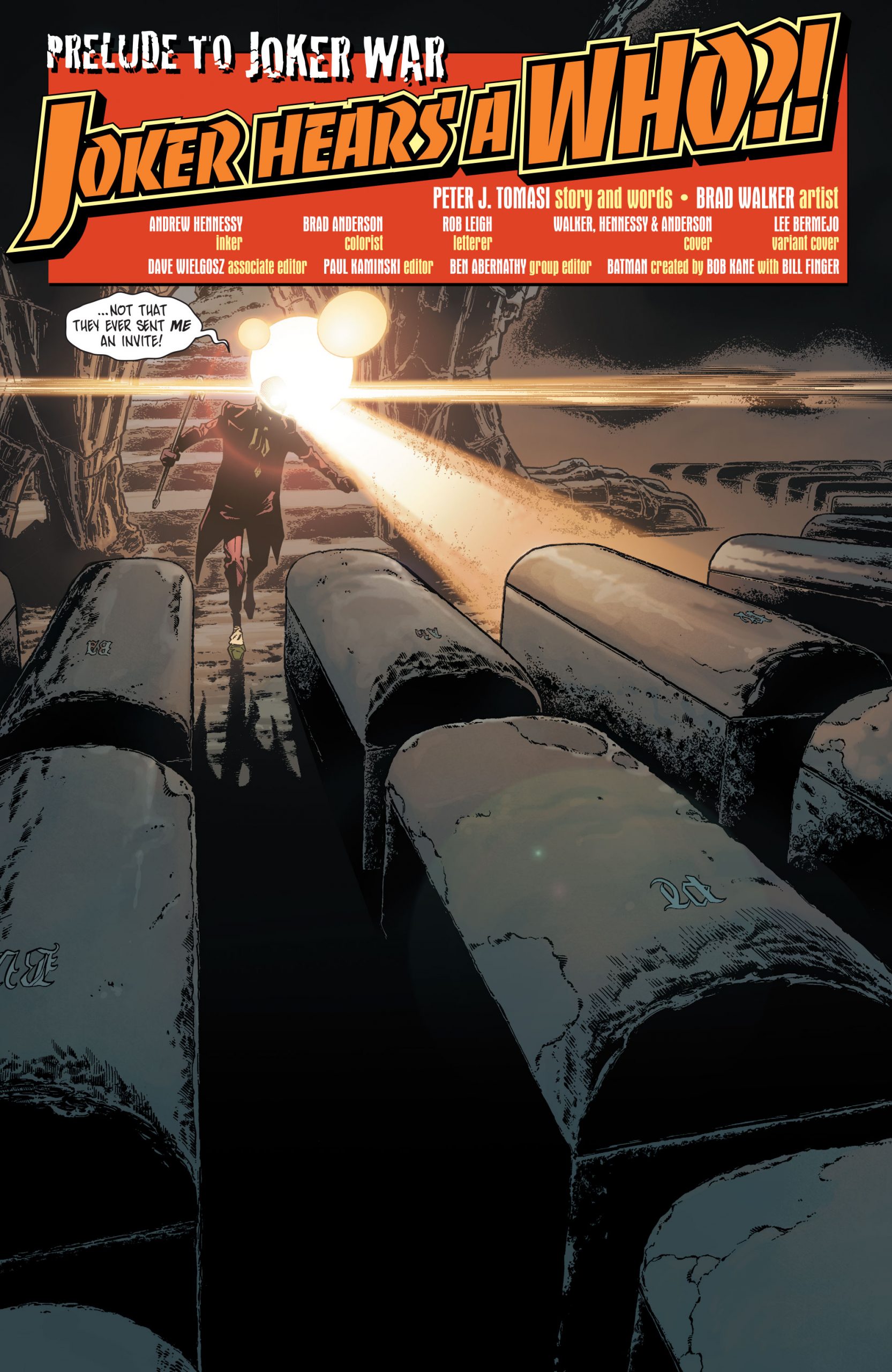 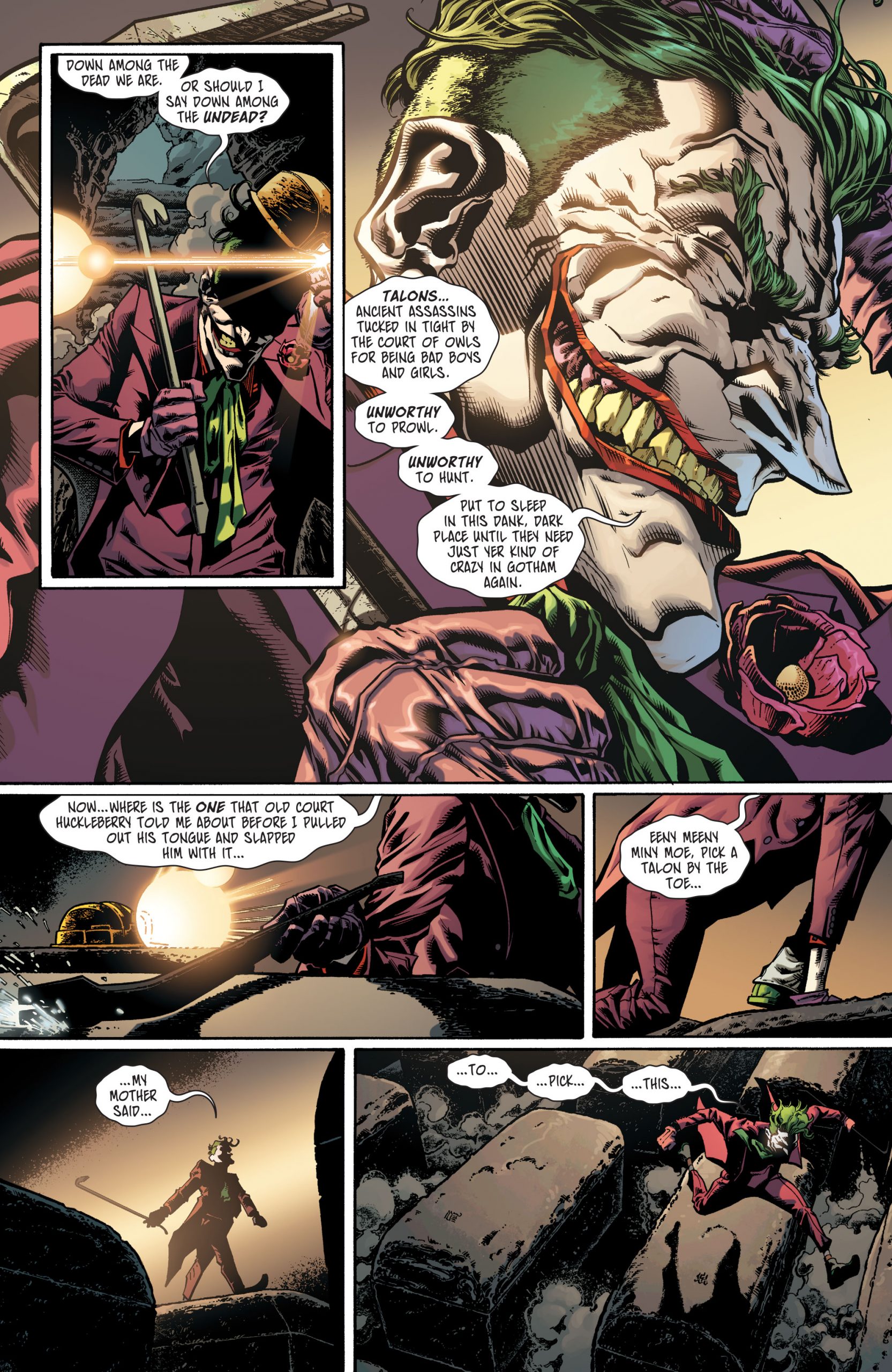 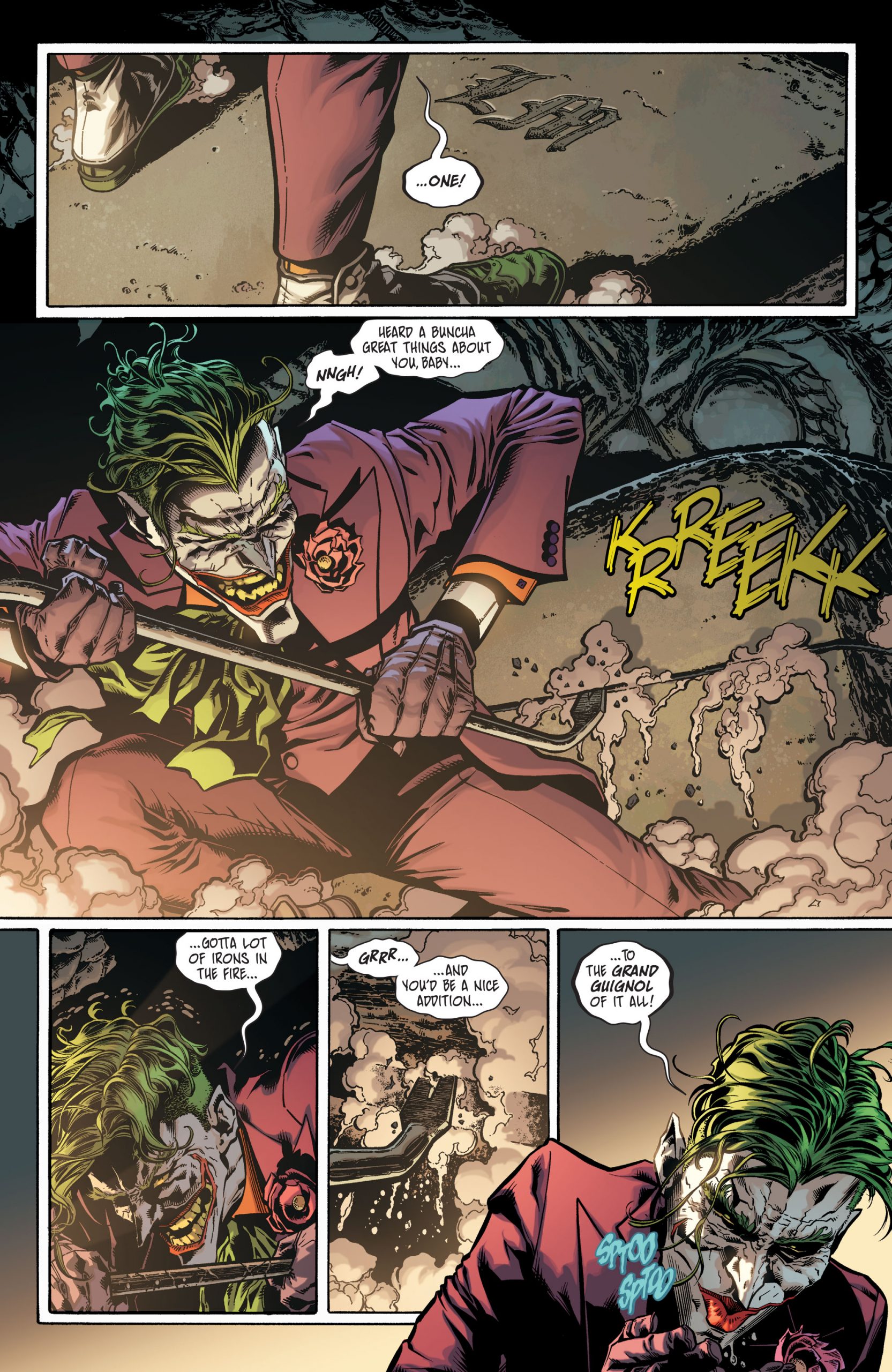 Mr Walker draws a terrifying Joker, a vintage Batman, a maniacal Mad Hatter and a psychotic Hugo Strange in this issue, and they’re all – day I say it? – picture perfect. Brad Anderson’s color art has always ranked amongst the best in comics, but when combined with talents like Mr Walker, and the busiest letterer in the business, Rob Leigh, the end results are magical.

Joker, Hatter and Two-Face not only get their own unique text, but in Hatter’s case, even the’re own dedicated colors too. Then look at Brad A’s amazing use of light (Joker’s helmet flashlight, and more) and Mr Leigh’s standout sound effects, and we get a polished, glossy and delightful end product.

Detective Comics #1023 gives us a satisfying continuation of Two-Face’s story, and a great lead in to “Joker War”.  The book’s action packed, full of suspense, and delivers a final page payoff that left me both frustrated and excited. Wow!

After seeing what’s been happening over on Nightwing, and with Joker’s recruitment drive in this issue, I’m really concerned for Batman’s future. The opening shots have been fired, and we’re heading for all out war!