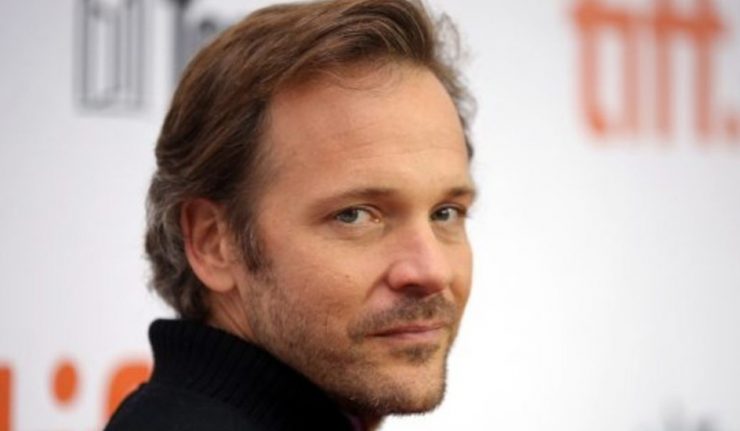 Back in March, while Matt Reeves’ The Batman was knee-deep in production, everything halted due to the COVID-19 pandemic. In May, the UK’s government approved plans to allow film and TV projects to resume filming, with safety guidelines. So the cast and crew should be socially distancing on set by July. So, we know what’s going with development and the effect of the quarantine on production, but still know very little about the actual movie. One such high profile actor will appear in an entirely original role, so we know even less about him. Peter Sarsgaard was cast as Gotham District Attorney Gil Colson, whom, according to Sarsgaard, is “not very nice.” Intent on remaining vague, in a recent interview, Sarsgaard spoke briefly on his role in The Batman.

Sarsgaard spoke with The Observer to discuss his newest film, Mr. Jones. The interview itself is fairly fascinating, as Sarsgaard reflects on the modern implications of this biographical movie, based on true events. However, that’s not pertinent to us Batfans. The Green Lantern star signed on to yet another DC film and, when speaking about The Batman, Sarsgaard praised the crew for being incredibly professional and accomplished, and likely the reason why he chose to sign on to this movie.

The character, however, Sarsgaard had some slight reservations about. He explains:

My part is very intense. On a big show like that, my main concern was that I would have to do it 150 times—this intense scene and then that intense scene. My character is at nine out of ten for a lot of it. That was going through my head a lot, like “How do I maintain this?”

It’s so little to go on, but it’s something. (I wasn’t joking when I said that he spoke briefly about his role in The Batman.) Earlier this year, Sarsgaard provided just two pieces of information regarding the character: 1) He’s not very nice and 2) He has problems telling the truth. So now we know, he’s a bad person, a liar, and very intense. We may be looking at an archetypal corrupt politician, someone who’s not afraid to do terrible things to get ahead.

So, why the intensity? I’d speculate that it stems from the presence of Batman. As is always the case, Batman is a vigilante, and it’s going to ruffle feathers in law enforcement. As we’ve seen, some people in Gotham’s government embrace the Bat, and others don’t. Maybe Colson falls into the second category, or maybe Bats threatens to expose him? Either way, I’m just hoping he loses his job, paving the way for Harvey Dent.

As for when The Batman will re-start shooting, Sarsgaard confirms that he doesn’t know. Although the UK government has cleared safety guidelines, it’s still ultimately up to WB on when and how they plan to re-start. So it’s likely, they’re still figuring things out and have not yet reached out to Sarsgaard.