“Below And Beyond The Call Of Doody” – Book 2 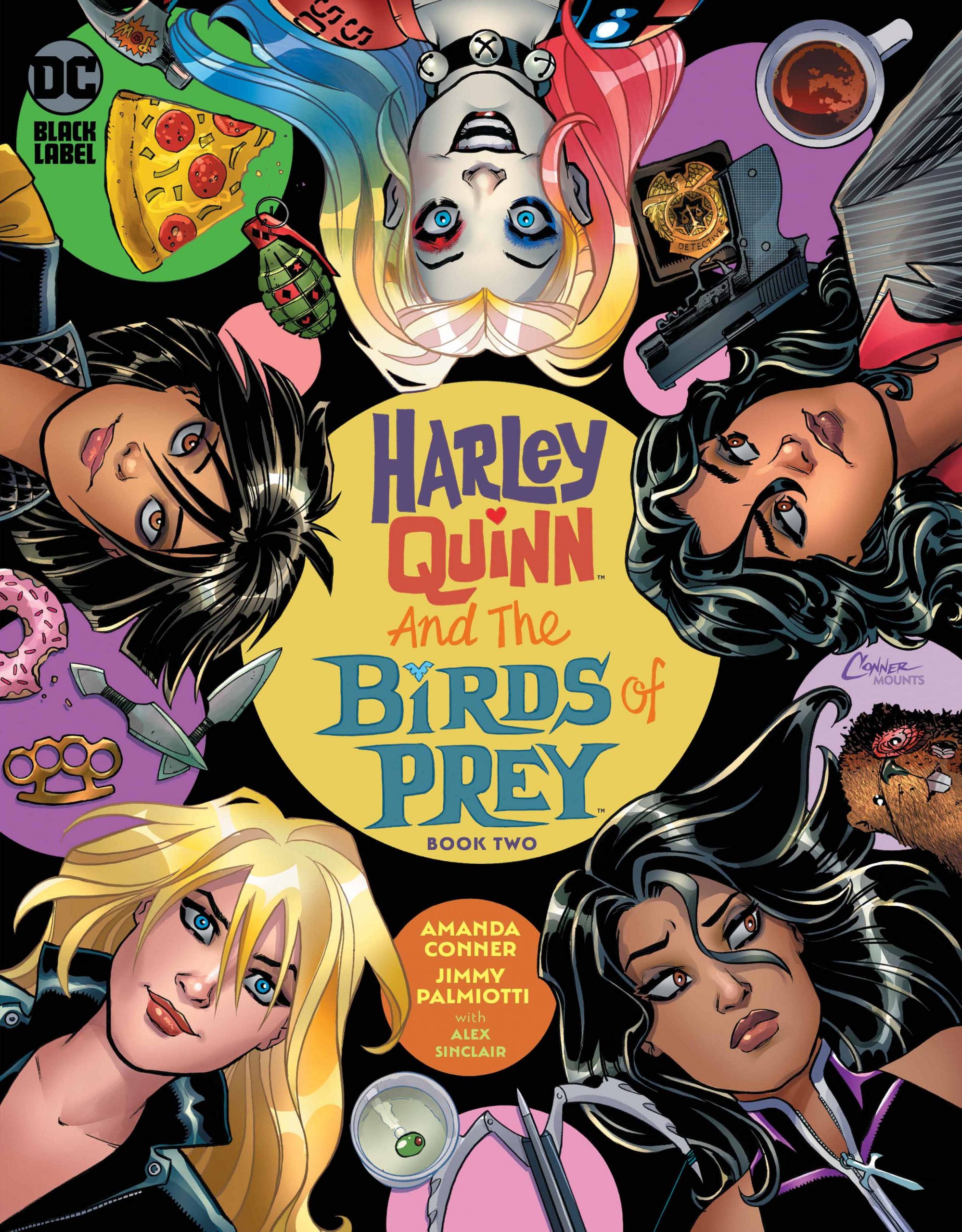 Harley Quinn and The Birds Of Prey #2 picks up right where issue #1 left us. The gang’s in a diner, and Montoya has definitely got a bee in her bonnet about getting Harley out of Gotham City. What Renee could not possibly know is that Harley’s all about burning bridges with the ties to her old life, and, like anything Harley does, she’s going about it with flair. Harley Quinn has her mind set on making things right for the people she cares about, and nothing will stop her.

This issue is stock full to the brim with story and action so let’s dive into the review.

Renee’s made it clear that she wants Harley to leave Gotham, so that she and the other girls can handle Defeo. The gang let Harley know that they too have their own beef with the crime lord, and that having Harley in the mix is like adding dynamite and nitroglycerine. To be fair, not all of the BoP are against Harley staying, but Montoya hasn’t come alone.  As her officers try to escort Harley out and to the train station, Harley makes a plea for a bathroom break that actually works.

Has Harley bitten off more than she can chew now that every super-villain in town has her on their radar for revenge? 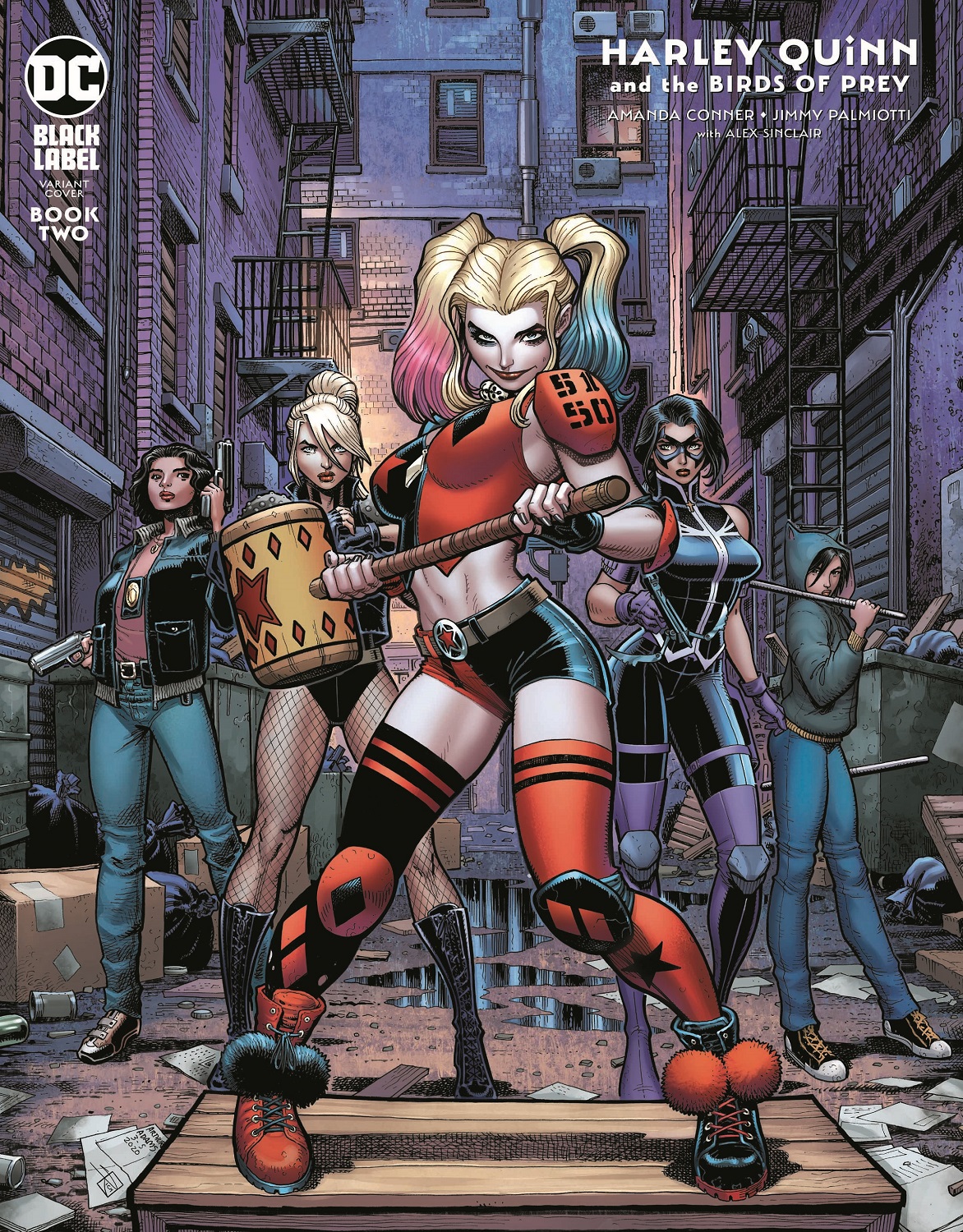 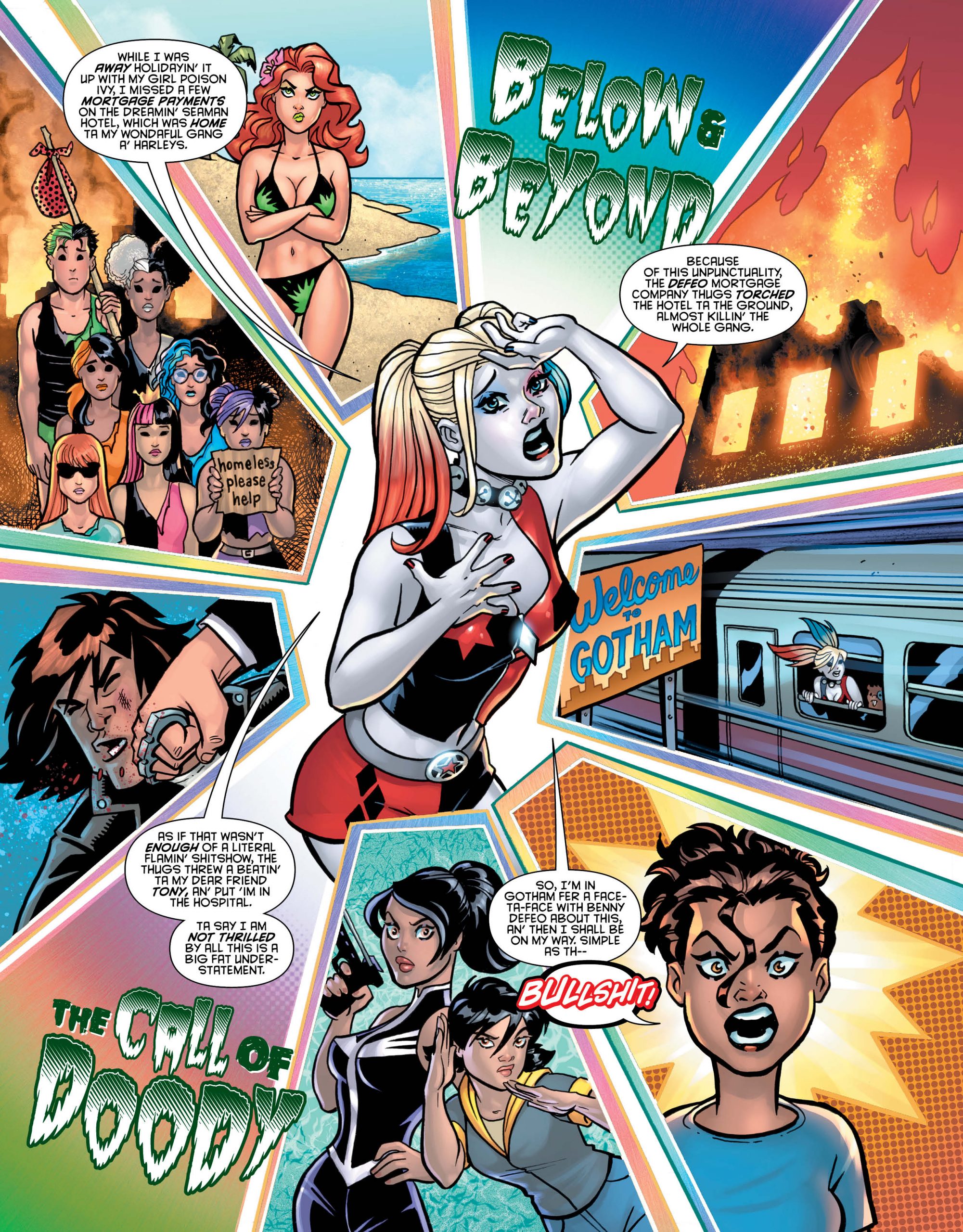 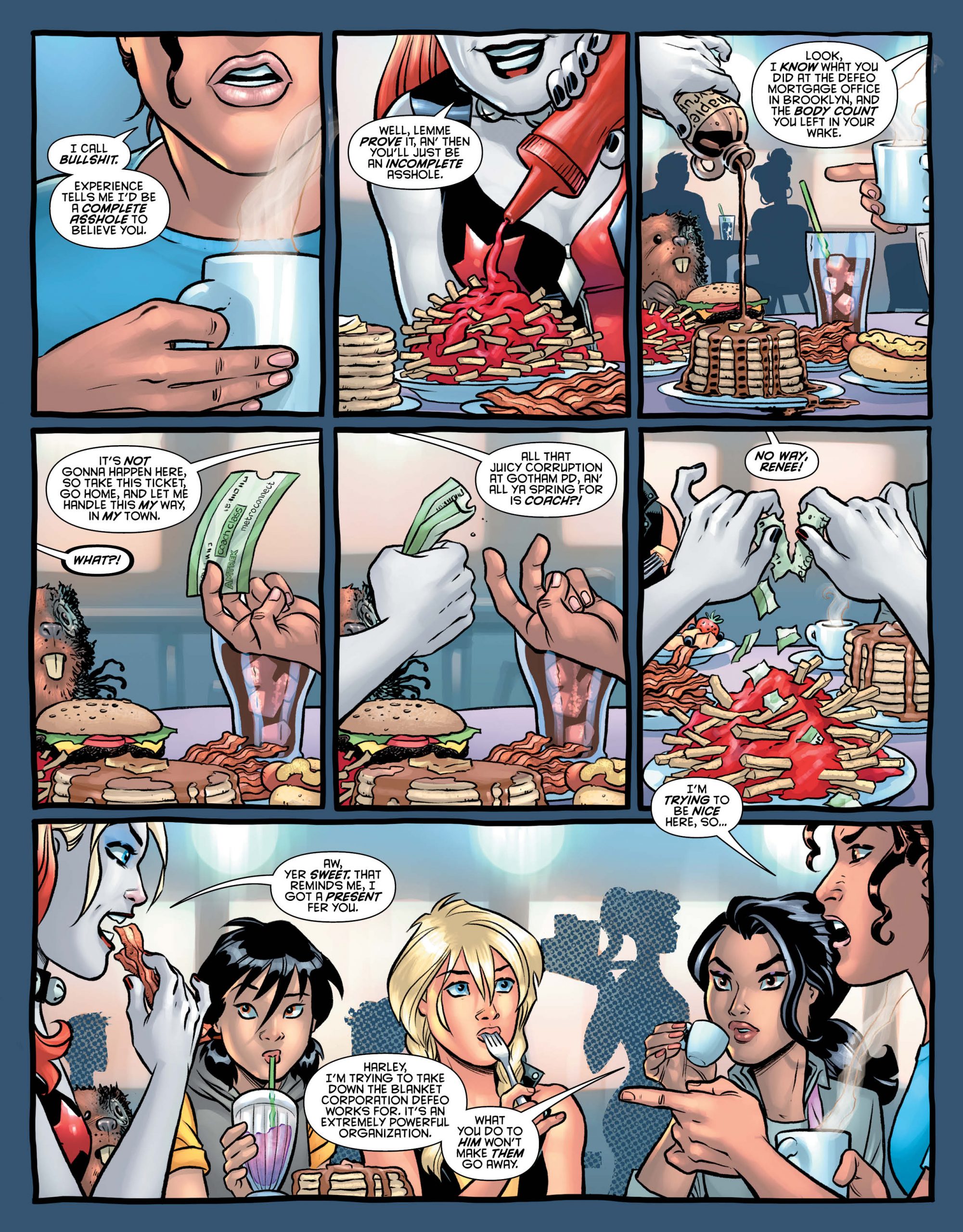 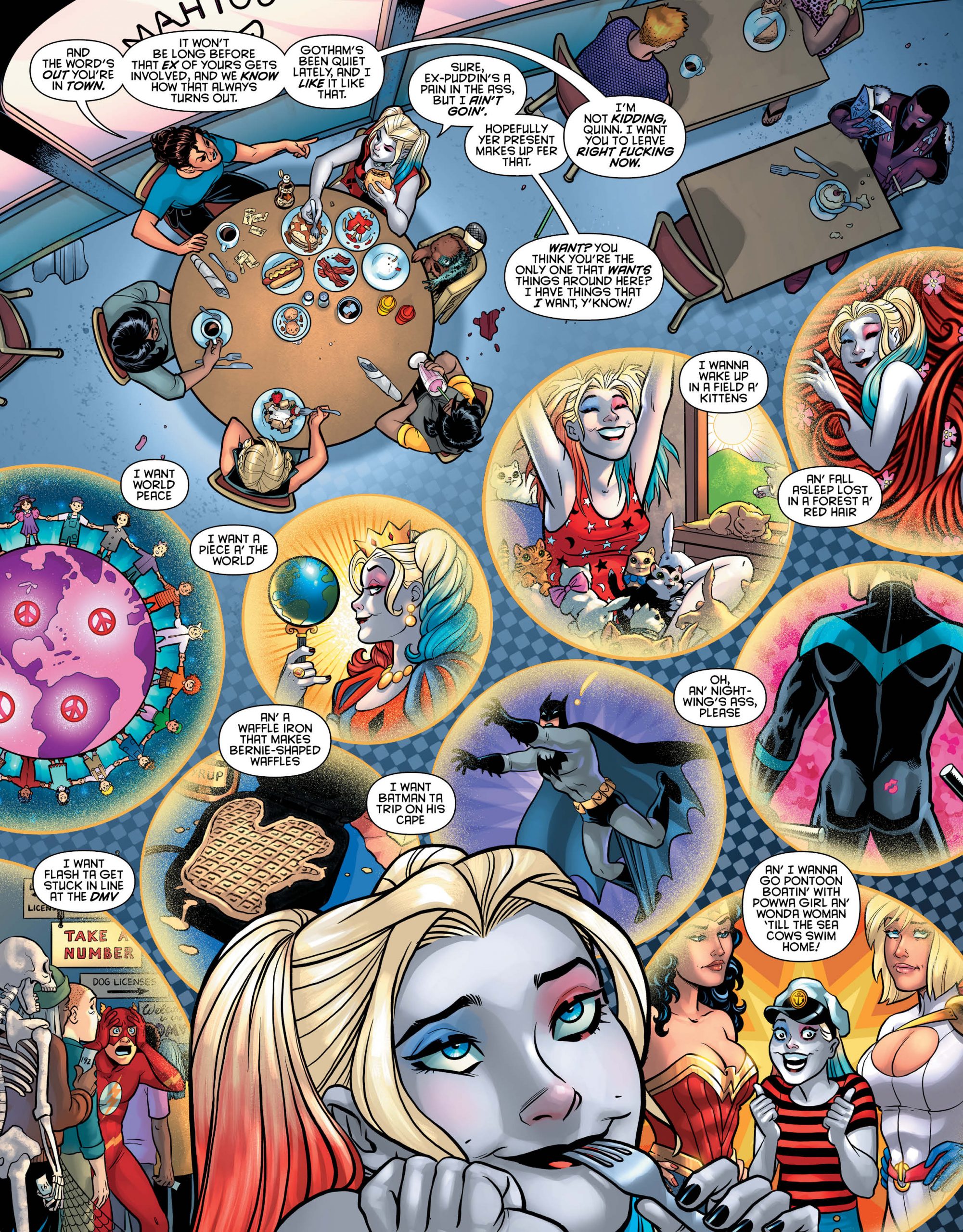 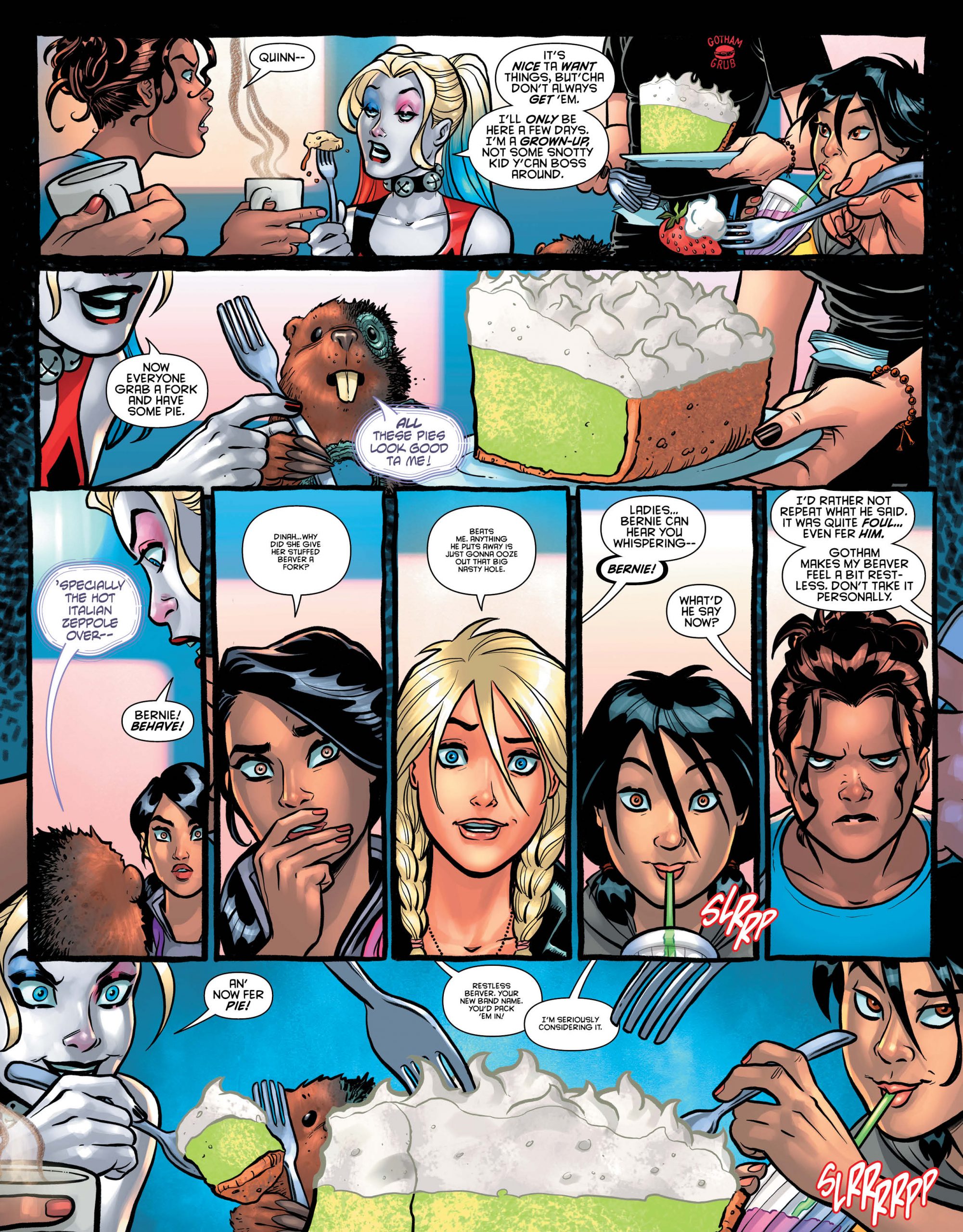 You Do That, Chuckles

Amanda Conner and Jimmy Palmiotti have given us gold yet again, in Harley Quinn and The Birds of Prey #2. The wisecracks and dirty jokes that litter throughout are one thing, but the creative team has also given us a story that’s not only funny, but follows a line of sense. My favorite scenes both involve Cassandra Cain, one with her getting threads from Babs Gordon. The one that really tickled my funny bone was watching her get the upper hand on Joker, leaving him in a delicate state of disrobe, and pain. The art team of Amanda Conner, Alex Sinclair, and John J. Hill have, once again, wowed this reader with a journey unlike any other in Gotham City.

Harley Quinn and The Birds of Prey #2 followed up the first issue brilliantly, though I think I actually enjoyed this one more. Not because the first issue wasn’t good, but because this one expands on Harley’s plans. It also explains just what it will take for her to fix her home and help her crew. The team has given us Harley’s greatest [email protected](# you to the Joker, in a way that is actually detrimental to him. I look forward to seeing what issue #3 of Harley Quinn and The Birds of Prey has in store for us, now that more players are joining the fray!