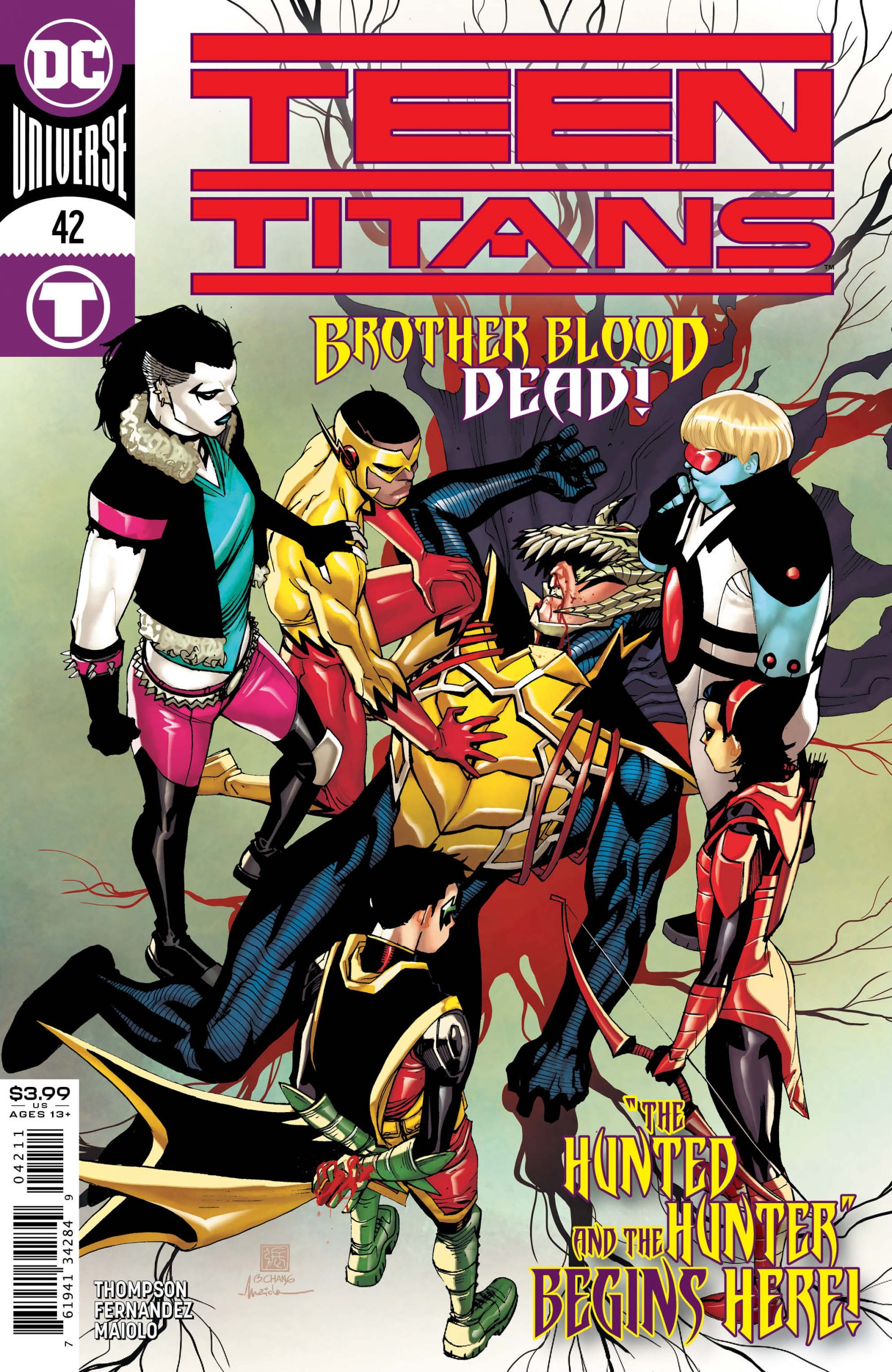 A change in creative teams can make or break a title. Fans of comics will refer to runs by their favourite artists or writers, rather than, say, a specific title. Moore’s Swamp Thing, Snyder/Capullo’s Batman, Wolfman/Perez on, well everything they touched, and… dare I say it, for me Adam Glass’s run on Teen Titans. His writing was consistent, it was full of twists, and outstanding character development, that will resonate throughout the years with the Teen Titans. Can Robbie Thomson continue this? Well, after reading Teen Titans #42, the short answer is, Yes! And then some.

I’m hooked instantly when there’s anything Bat family related in a comic, as Batman himself is what got me into the medium. Although I’ve expanded my tastes and preferences, Batman always pulls me back into his gritty world of crime, and punishment. So, to see Damian and Alfred Pennyworth straight off the bat (yes that pun was intended) was a complete joy. After everything the Teens have been through, especially Damian, I think a little Alfred was well needed.

The issue does the tried and tested routine of re-calibrating the team. It’s an obvious start for the new creators, but it I’m hoping to see less of the team being at odds, but seeing them and reconnect, as we progress through the coming months. One thing I particularly liked about this issue was bringing Brother Blood into the mix again. He had his start with the Teen Titans, so it’s clever for his apparent end to be here as well. 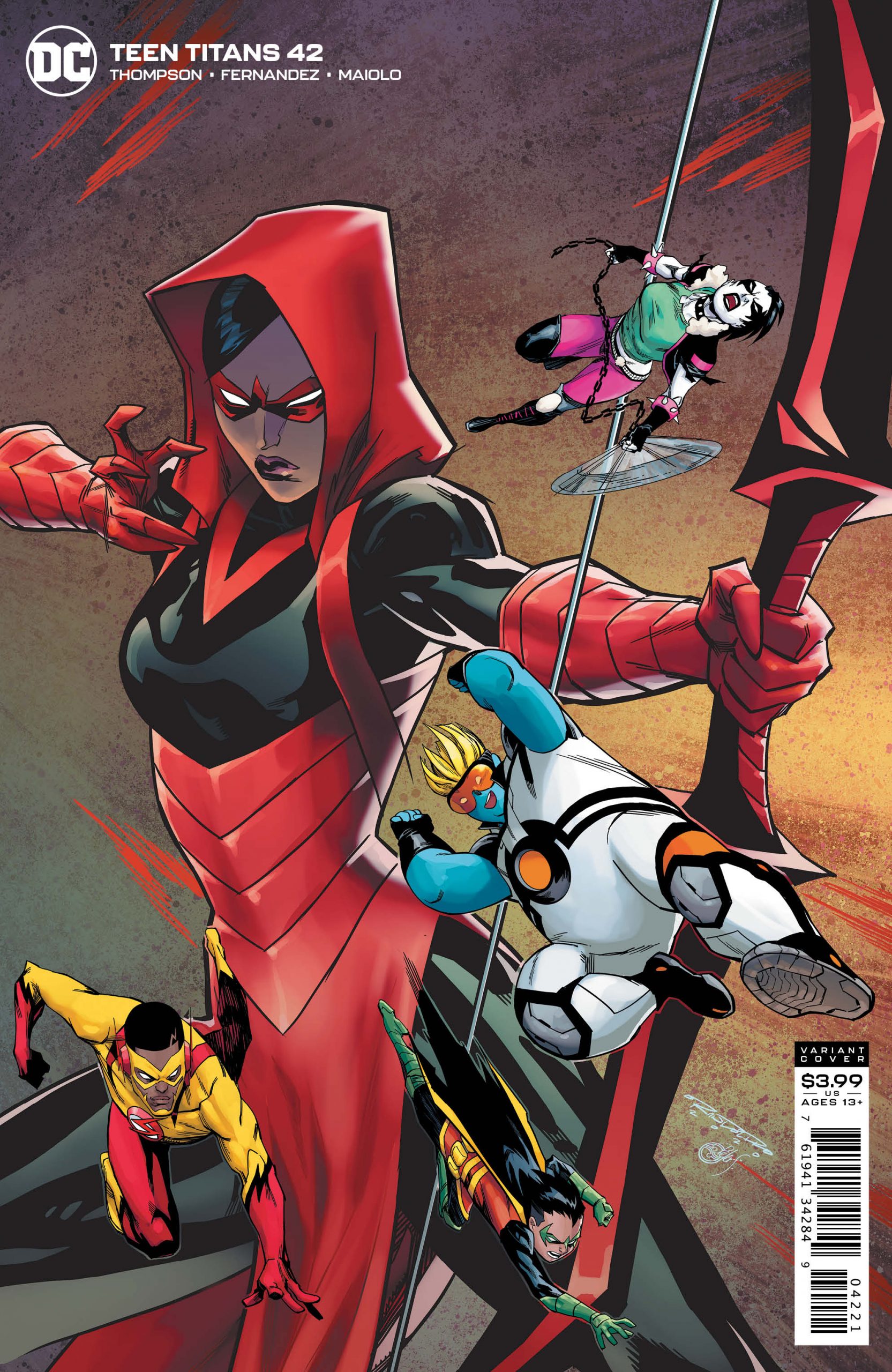 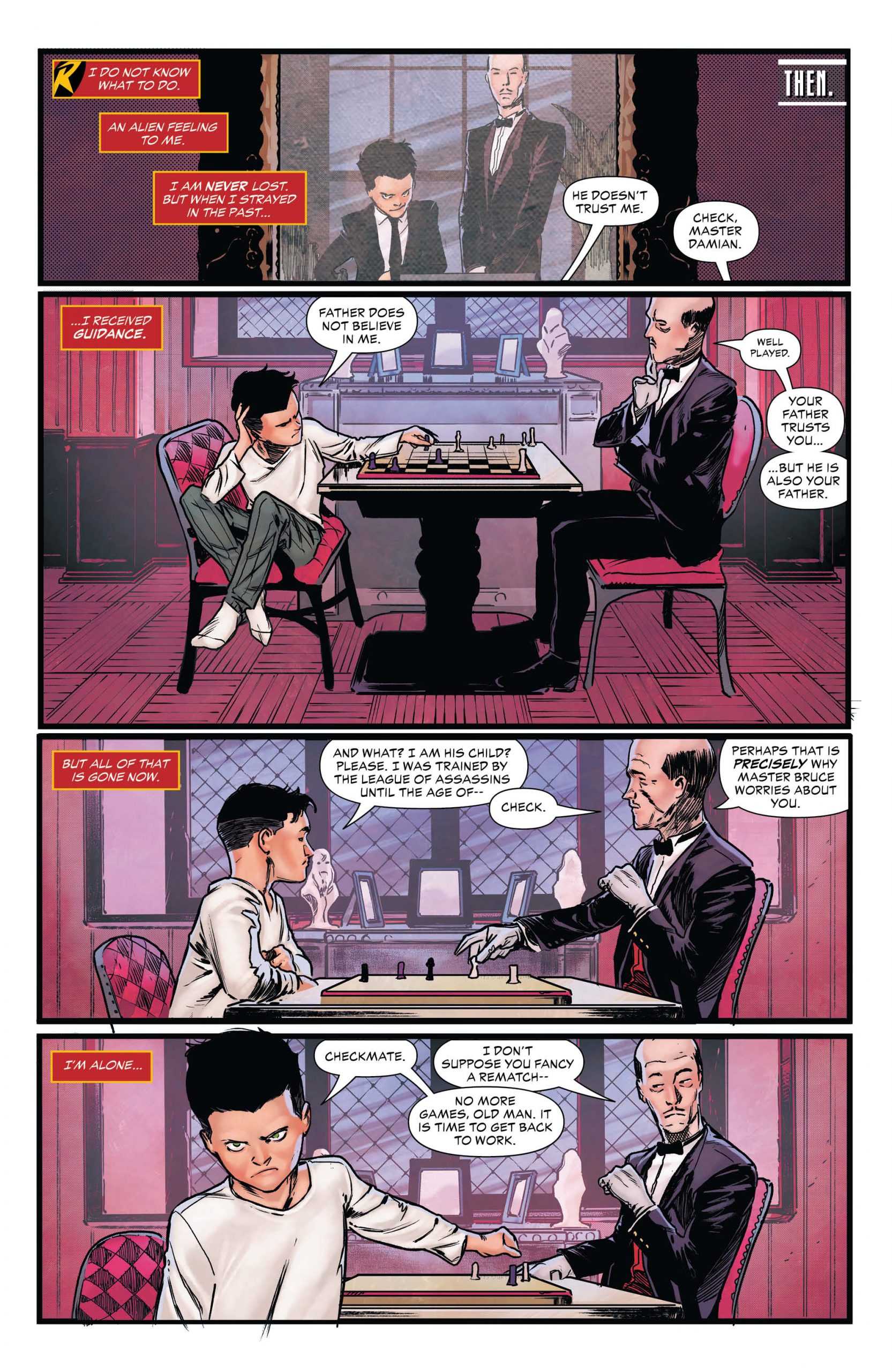 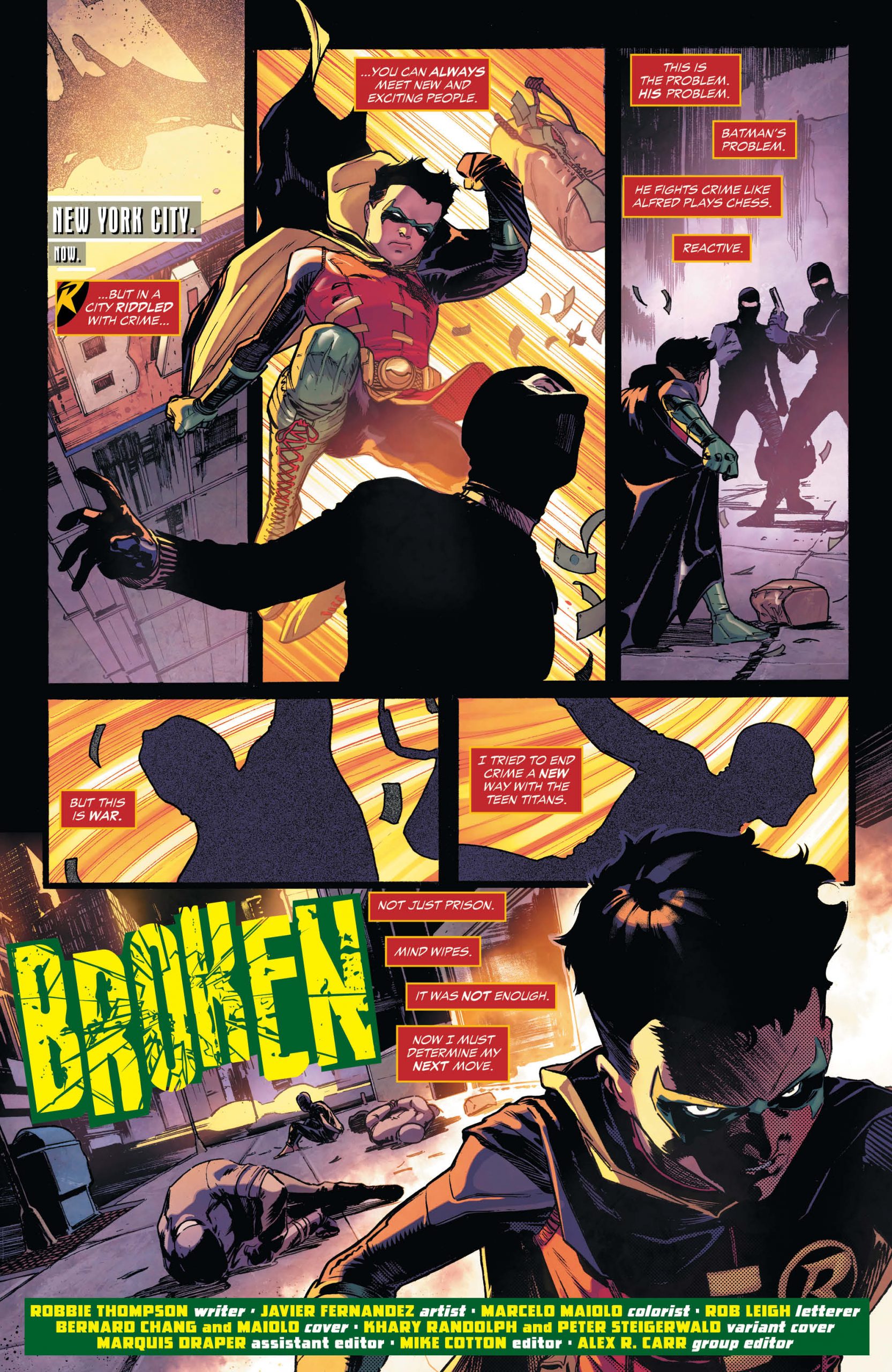 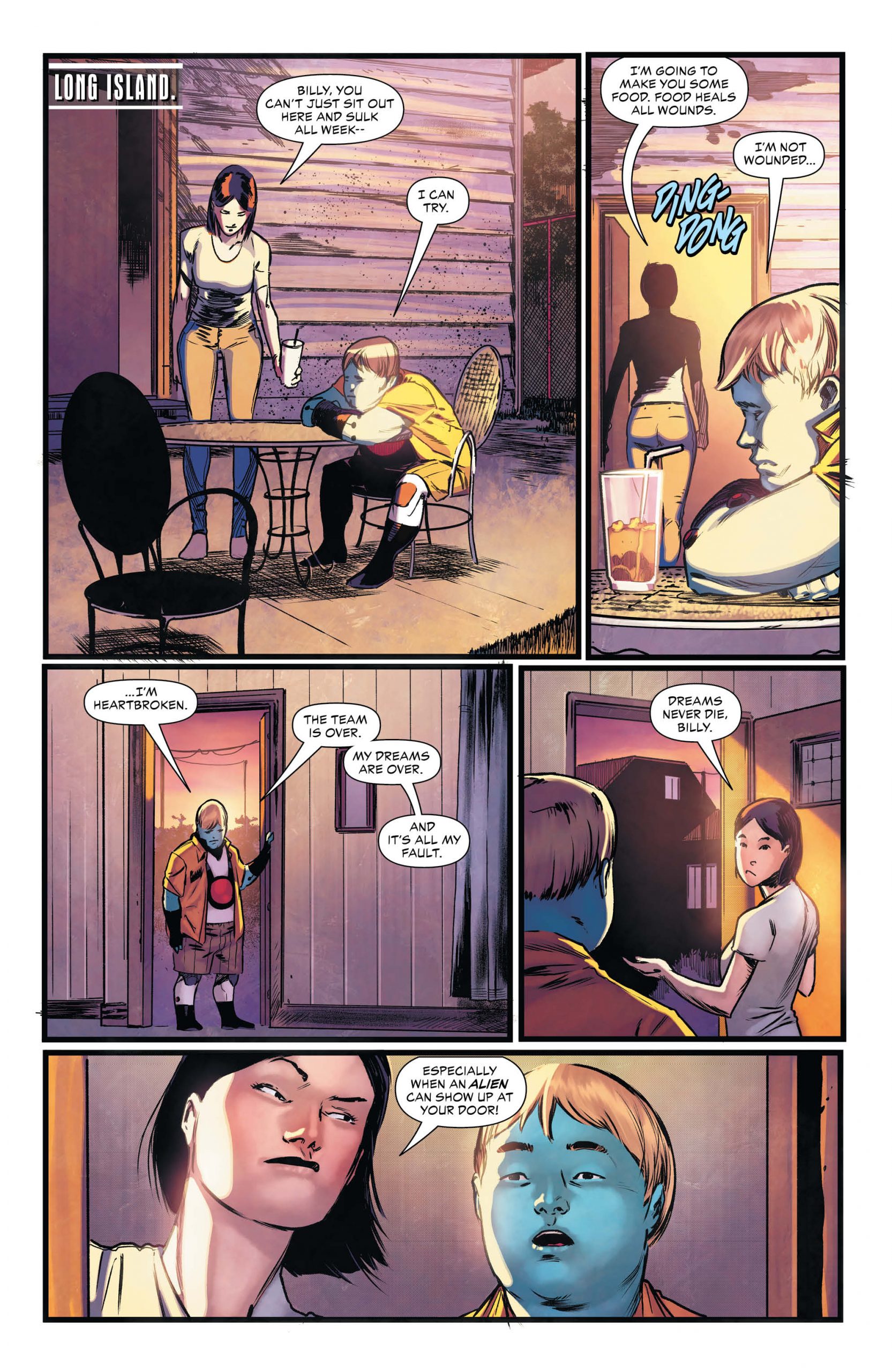 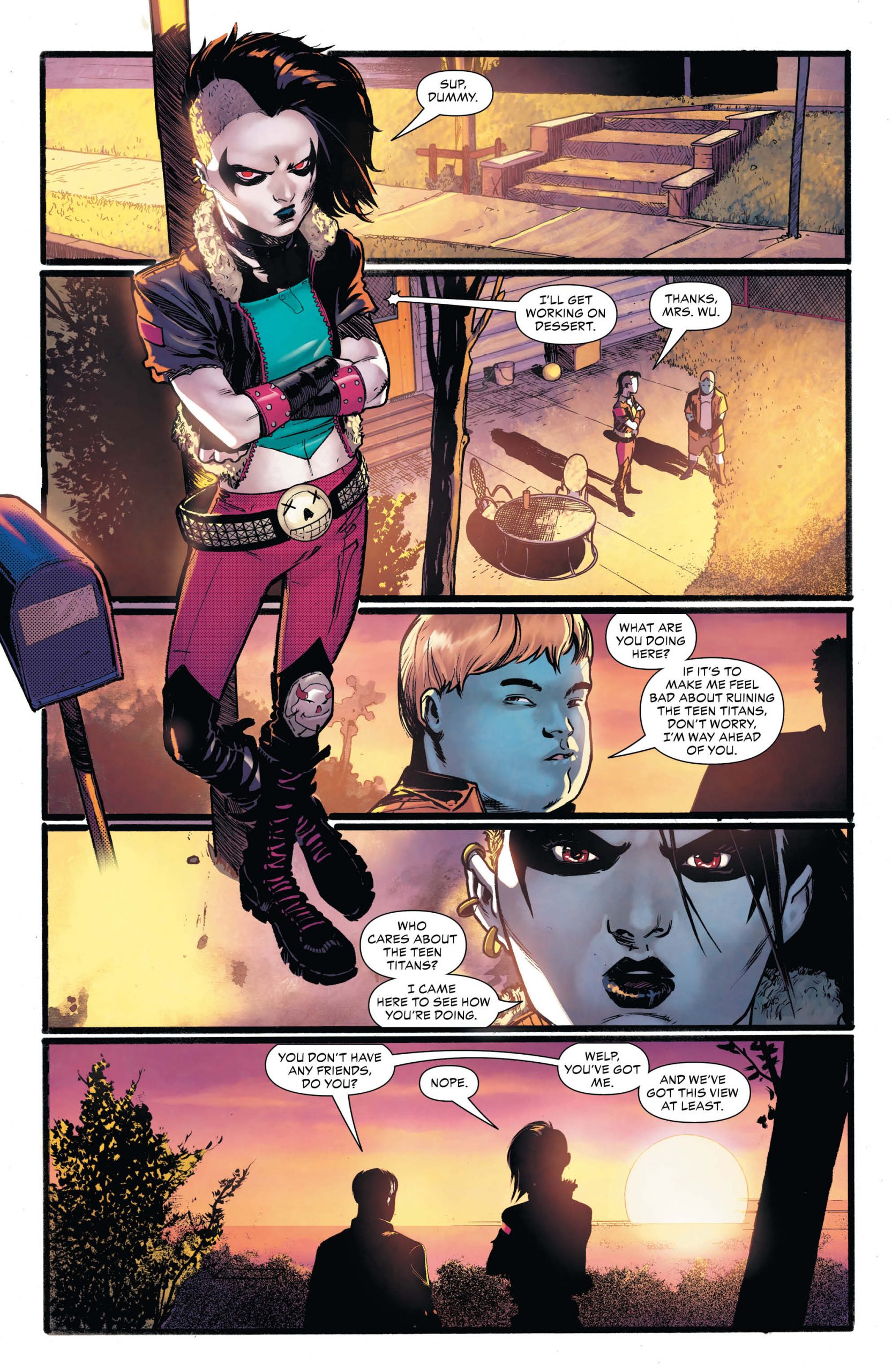 The character development of the team was really good throughout, but I think in particular with Crush. We see a bit more humanity in her this month, and this will help fans warm to her character more. There’s also an interesting development brewing between Kid Flash and Red Arrow.

In conclusion, Teen Titans #42 was a brilliant start for the Thomson/Fernandez collaboration. The art is phenomenal and brings a whole new depth to the characters. My love of all things Batman is rewarded in a big way, as the issues continue, hopefully we’ll see more flashbacks of the brilliant, dearly departed Alfred, and we’ll just have to read to see what else the team has in store for us.