Back in 2018, DC and Warner Bros. unleashed something that I don’t believe anybody really asked for; An anime movie featuring Batman was far from my list of wants for any Batman media. But hey, Batman Ninja had a pedigree of artists behind it and neat character designs, so why not? Well, the movie was absolutely [email protected]@p insane, and definitely one of the strangest movies I’ve seen. I remember physically holding my head in confusion throughout the absurd climax. However, that bizarre movie should not prevent you from owning the incredibly fine Lord Joker figure from Star Ace Toys.

One forced and ham-fisted transition later, let me introduce to you the new figure from Star Ace Toys. Remember when I said that the characters had neat designs? Yeah, that goes doubly for Lord Joker here. As the movie takes place in the Sengoku period of Japan, with Joker becoming a ruler, we got a comic book version of a cartoonishly terrifying clown dressed a Japanese daimyo. It doesn’t get more ridiculous than Lord Joker. Though I’ve never heard of Star Ace Toys before, their 1/6 scale Batman Ninja Lord Joker figure is a quite a sight to behold.

Check out the images below: 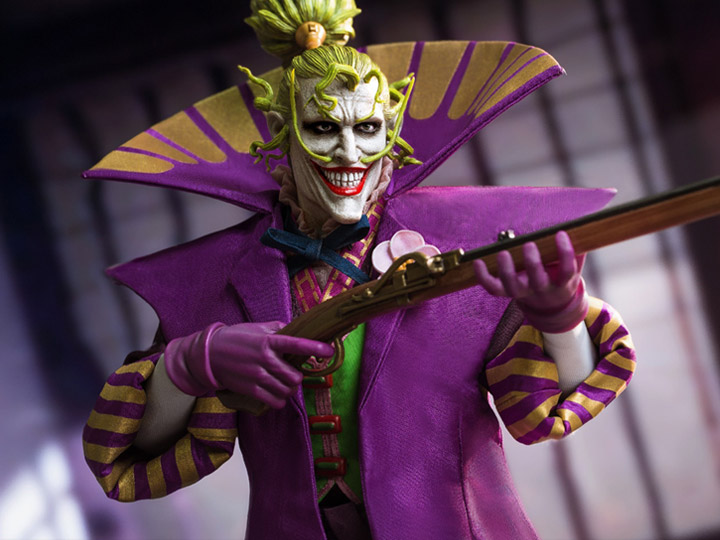 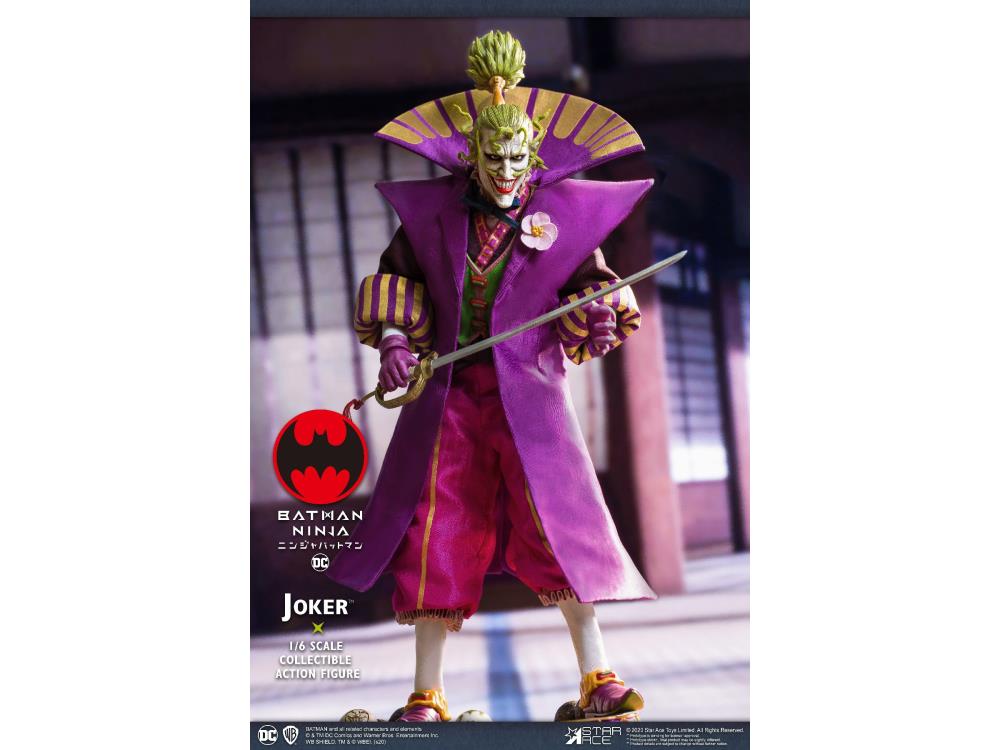 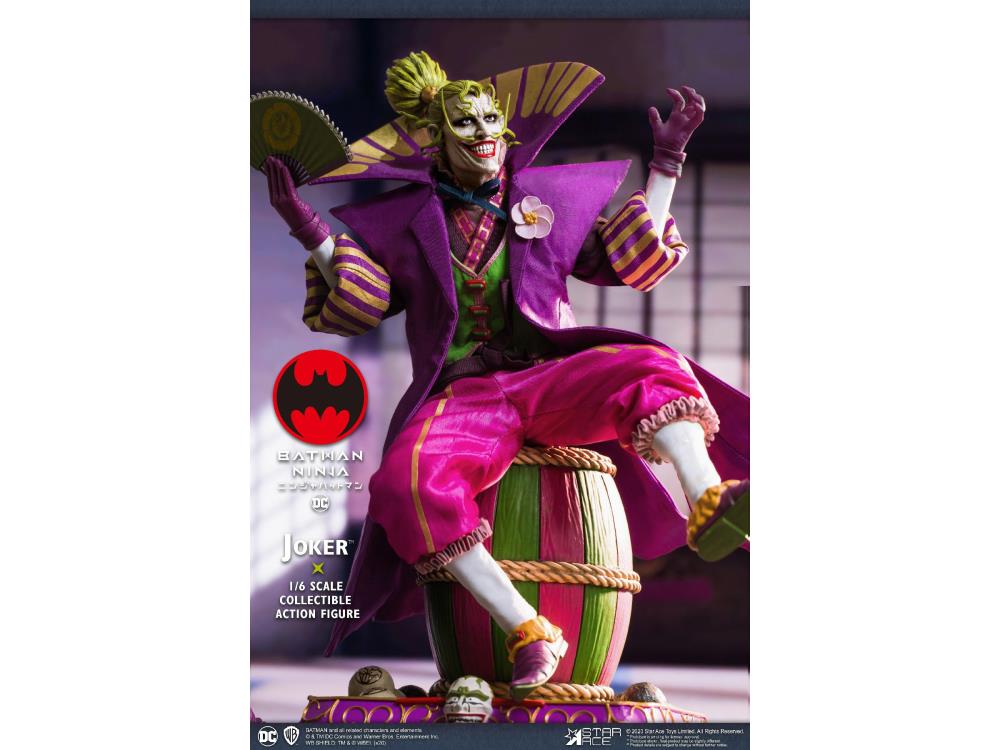 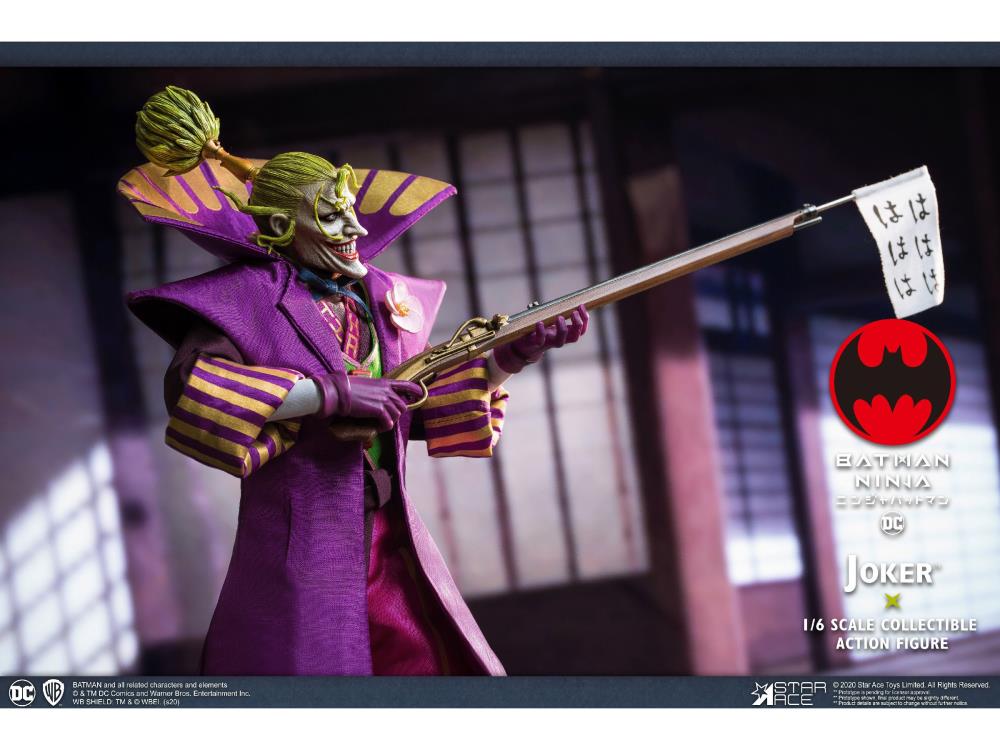 Not only is the figure incredibly detailed and realistic, but as you can see, it has a pretty full range of articulation and cloth clothing. That they put the time into crafting actual clothing for this figure really gets me. It’s quite stunning, don’t you think?

He comes with a lot of toys.

Here are some details for you:

The Lord Joker figure will come in two different editions, standard and deluxe. The figures are identical, but the deluxe version will come with a few more weapons, accessories and a diorama base, for display purposes. The standard edition costs $247.99 while the deluxe version jumps up to $279.99. Both figures are slated to be shipped out in Q4 of 2020, making for a great holiday gift.

Grab this with the Batman Ninja that came out a few months ago and you have a fantastic set!