In an interview with The Inquirer, Turturro talked a little about being Gotham’s mob boss Carmine “The Roman” Falcone. However, the veteran actor also delved into how his real influences come from watching Zorro.

I’m playing the bad guy. I loved Batman growing up, but I’m really a Zorro fan [Laughs]. So there’s no Batman without Zorro. When I was 5 years old, I thought I was Zorro with a sword. I had a stick that I hit my father with all the time. Then, when Batman came on TV, it was a big thrill. 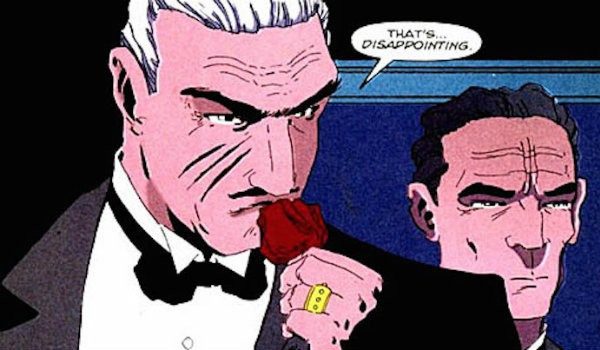 To be totally fair, John Turturro does not seem totally updated on Batman. It appears that much of his exposure to Batman comes from the Adam West television show and his children. Turturro revealed how his children exposed him a little bit to the comics.

I read some of the comics. My sons always read DC comics. So I played with those for years. I like Matt Reeves, the director. It’s an interesting cast.

Turturro and Batman Both Love Zorro

Despite not having a huge affinity for Batman, Turturro has more in common with Dark Knight than he knows. Both Turturro and Bruce Wayne are huge Zorro fans.  As Bat-fans know, Bruce saw the classic Mark of Zorro film before his parents’ deaths and was a huge fan of the character. Similarly, Turturro also has a lot of admiration for Zorro.

When I was a kid, I loved swashbucklers. Errol Flynn … Robin Hood. I love things with dueling. Also horses and mustaches and his alter ego is wimpy. It’s like Superman, but with a horse. It’s got a little more Spanish influence.

It is a pretty cool idea that Turturro and Bruce have shared interests.

The Batman filming has halted due to the COVID-19 virus but is still planned to hit theaters on June 25, 2021.