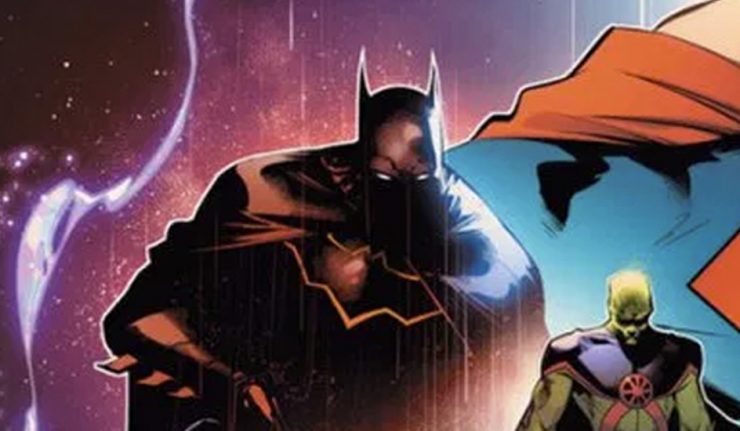 Justice League: Mortal concept art of the Bat-Cave and the team themselves has popped up on the internet.

Lately, documentarian filmmaker Ryan Unicomb has been set to create a documentary of the making of the never-released movie. On Instagram, he released concept images of the Bat-suit, as well as the Batman’s cowl. Now he’s featured concept art for the movie’s Bat-cave, as well as the Justice League team.

For now these are all I can share. I know there’s MASSIVE interest in the story behind #JusticeLeagueMortal but there is pushback from the studio and most of the creatives involved. It’s understandably a sore point for many involved. We’re collating everything we have to be able to pitch it properly. It may require a kickstarter or something at some stage, or it may not. I’m 5 years into the journey of getting this made and I VERY much appreciate your patience. I know how important this lost chapter is to us all; as movie goers, as comic readers, as pop culture fans. Rest assured we WANT to be able to show you EVERY costume properly. We WANT to show you the Batmobile. We WANT to show you the Fortress of Solitude. We WANT the artists who worked tirelessly for months to get their well deserved due. We’ll continue to do our best. Be well. Stay safe! #SevenFriends #JusticeLeagueMortal #JusticeLeague #WarnerBrothers #PurryburryProductions

I have to admit that Justice League: Mortal could have been a visual wonder at the very least. The costumes are pretty comics accurate, with only slight modifications. The certainly look more accurate than Zack Synder’s Justice League suit designs.

Interestingly, according to Unicomb’s captions, Warner Brothers is pushing back on the documentary. Unicomb guesses that the film is an embarrassment to the studio and they prefer to bury it. Still, seeing all these cool concept images makes you wonder “What if?”