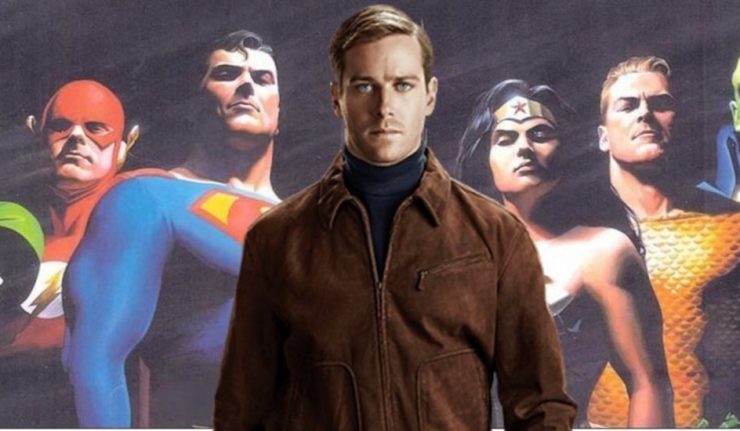 About twelve years ago, before Zack Snyder and the DCEU, WB was on track to produce a Justice League movie. The film, known as Justice League: Mortal, was to be helmed by Mad Max director, George Miller. Despite being incredibly close to production, the script still needed a rewrite. Unfortunately, with a looming writers strike, that became impossible, eventually leading to the project getting cancelled. The flick has since become the stuff of legend, as many remnants of its memory continue to surface on the Internet. Because of that, Ryan Unicomb, a filmmaker, is making a documentary about this fascinating moment in comic book history. With particular interest to Batfans, Armie Hammer would have played the Dark Knight and Unicomb has just revealed a look at what could have been Hammer’s cowl.

The hero we need right now

With the ongoing crisis, people are looking to the Internet more than ever for entertainment. Being a team player, figuring we need something cool right now, Unicomb took to Instagram.

Since the world is in lockdown and I feel like we need an injection of some “cool sh*t” into the community. Here’s ONE of Armie Hammer’s cowls from #JusticeLeagueMortal – Be good and be safe y’all! Much love. ❤️ Made by @wetaworkshop #JusticeLeague #Batman #TheBatman #ArmieHammer #JusticeLeague #GeorgeMiller #WarnerBrothers #Cowl #Costume

Very near completion, it’s a mold of Armie Hammer’s cowl. According to Unicomb, this is only one of them, meaning that he would have donned a few suits. Clearly for merchandising purposes, but it’s also likely that Bats would have engaged in multiple battles. As the comments point out, the very expressive face and large nose are very reminiscent of Alex Ross’ take on Batman. I personally love the ears. This sculpt is vastly different from the concept art that was revealed earlier this month. Or perhaps, as Unicomb expressed, the concept just pictured another one of his cowls.

What do you think? Would you have wanted to see Justice League: Mortal? How do you feel about Armie Hammer’s cowl? Let us know.