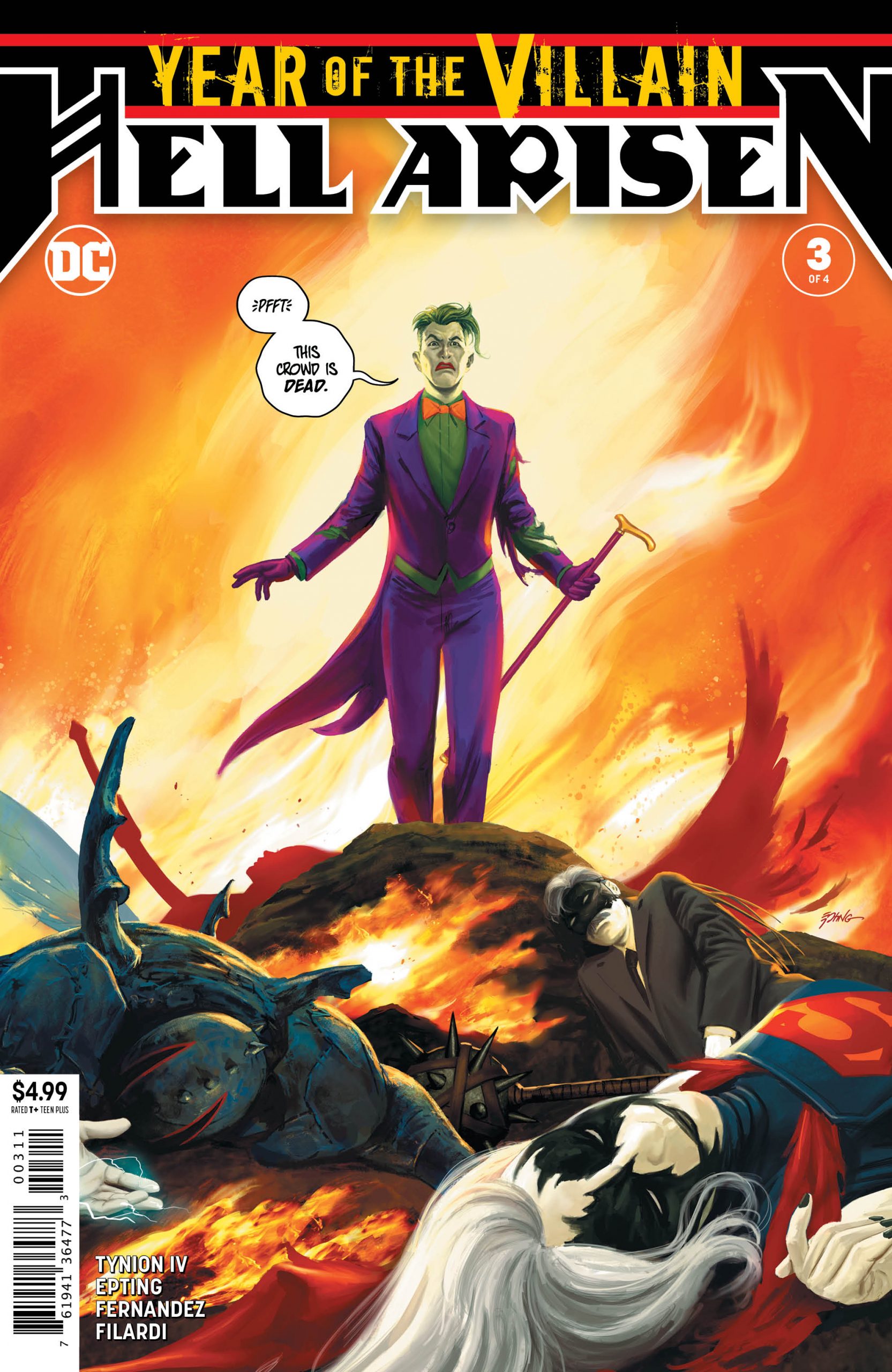 The joke is on the Joker, as Lex Luthor outwits the Clown Prince of Crime in this week’s Year of the Villain: Hell Arisen #3.

Over the past few years, the Joker and Lex Luthor have had a complicated relationship. While once a member of The Legion of Doom, the Joker left the team on pretty bad terms (see Justice League #13). Specifically, the Joker wanted no part of Luthor’s plans concerning The Batman Who Laughs (TBWL). Well – now that TBWL is on the loose, having infected a large portion of the Justice League’s B roster, Lex Luthor probably should have listened to the Joker. Once TBWL’s team captured Lex Luthor, however, it was Joker who came to his former teammate’s rescue only to try and kill him upon escaping. While this may seem surprising, Lex apparently had this planned all along, as he takes the opportunity to extract vital information from the Joker’s brain.

Year of the Villain: Hell Arisen is a short event: a mere four issues. However, these four issues contain the seeds of a larger Crisis in Hypertime. While the vast majority of this issue focuses on Lex and the Joker, Tynion does include a scene feature TBWL that is eye-popping. Here we see that TBWL has captured Nix Wotan: the Monitor featured in Final Crisis and Multiversity. I’m gonna be honest here – this doesn’t make a lot of sense. Snyder and Tynion’s Justice League featured the return of the original Monitor from Crisis on Infinite Earths, who was apparently reconstructed as a monolithic character after splintering into a race at the end of Infinite Crisis. All of this tinkering with continuity is confusing and messy. However, I think that’s the point. Tynion wrote in the first issue of this mini-event that Hypertime is broken. This issue reinforces this idea. 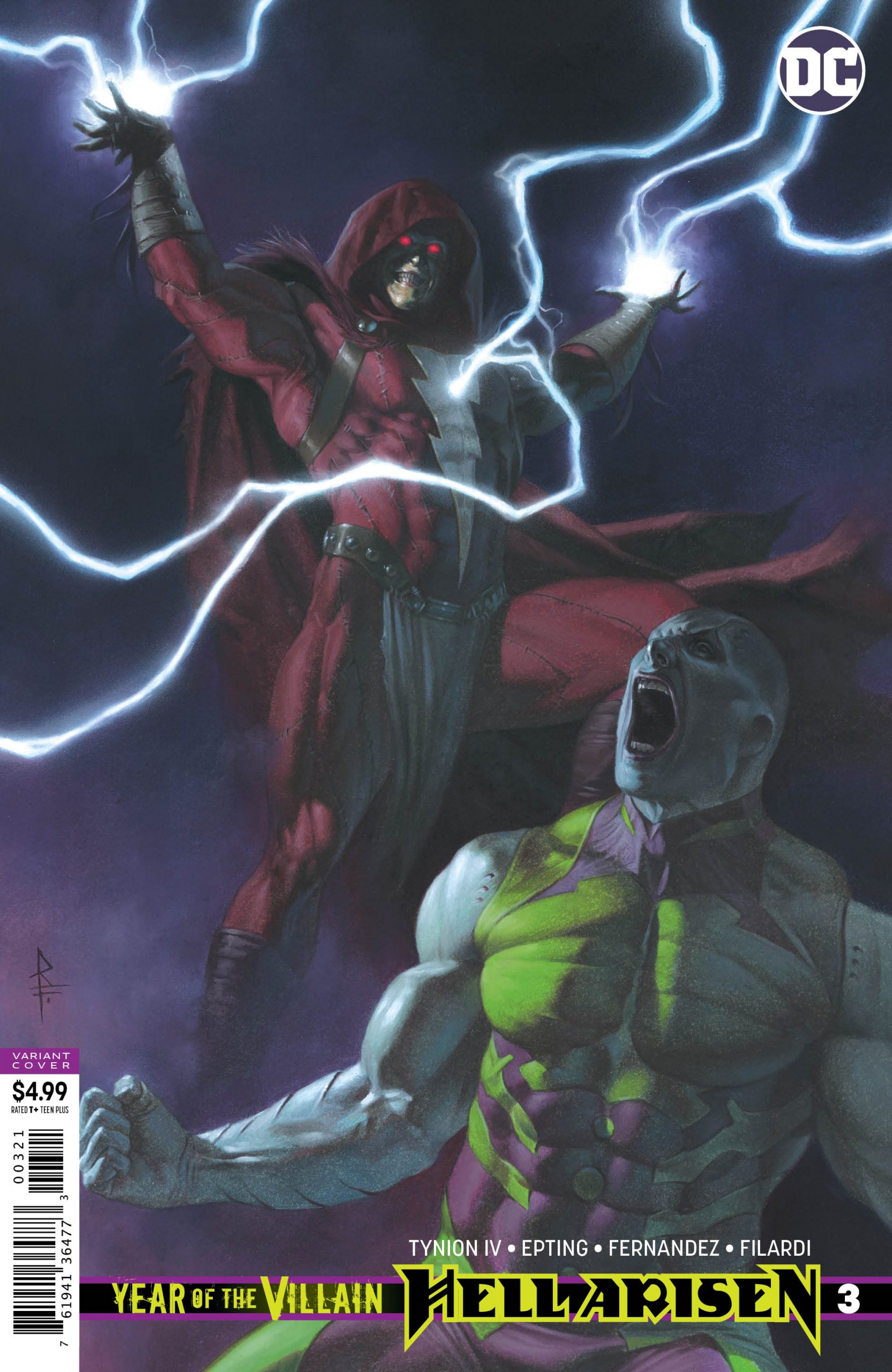 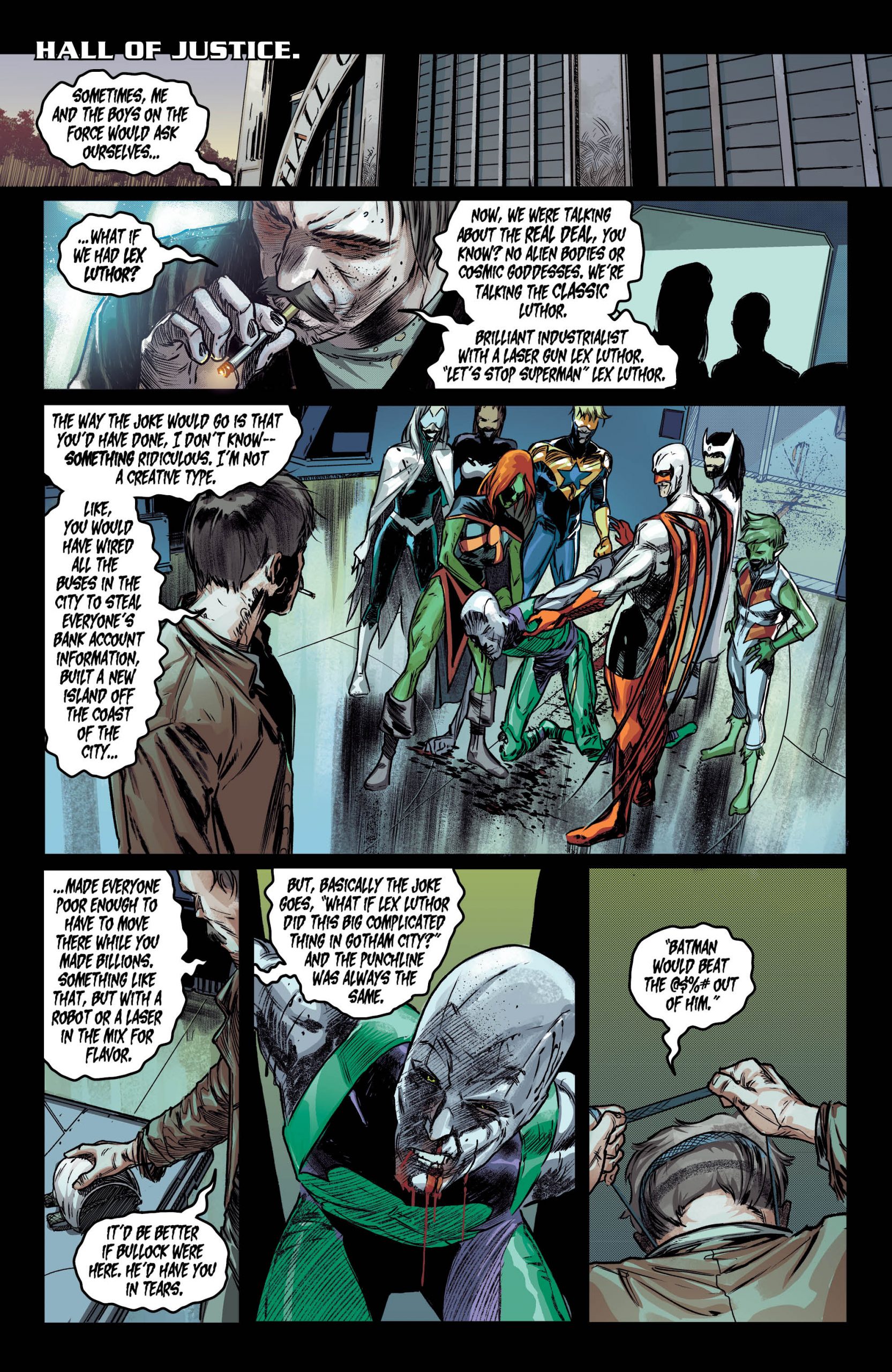 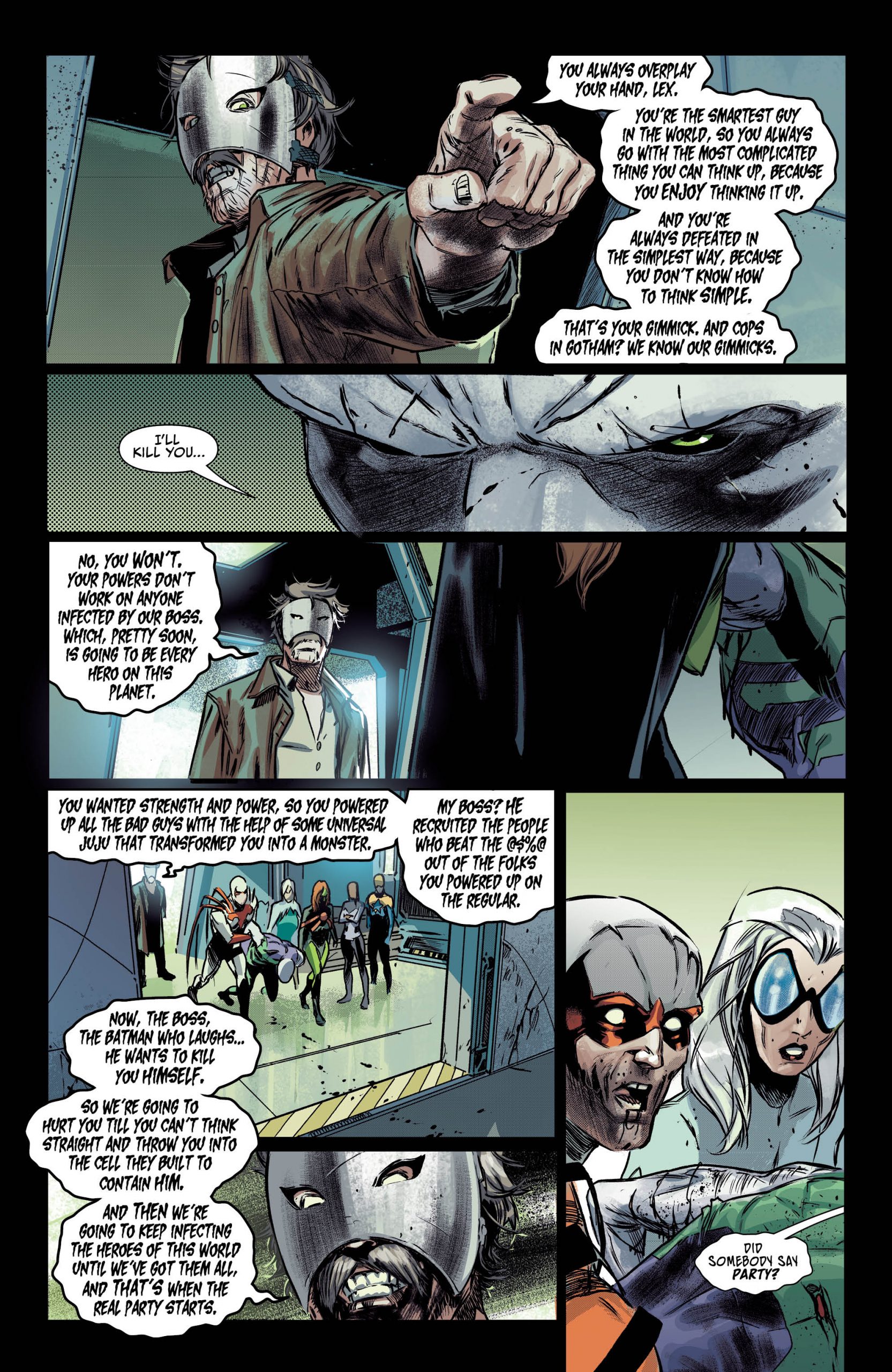 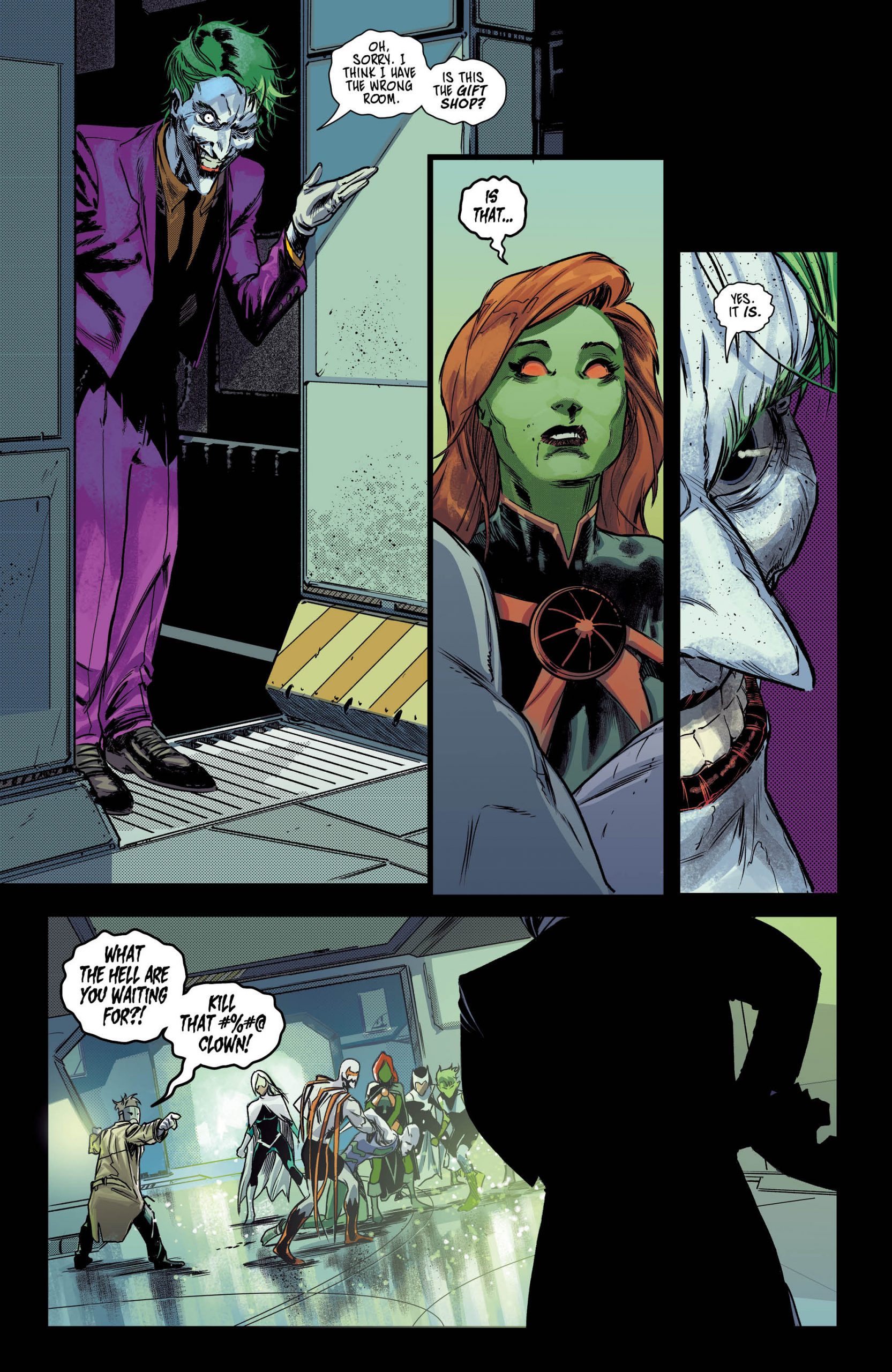 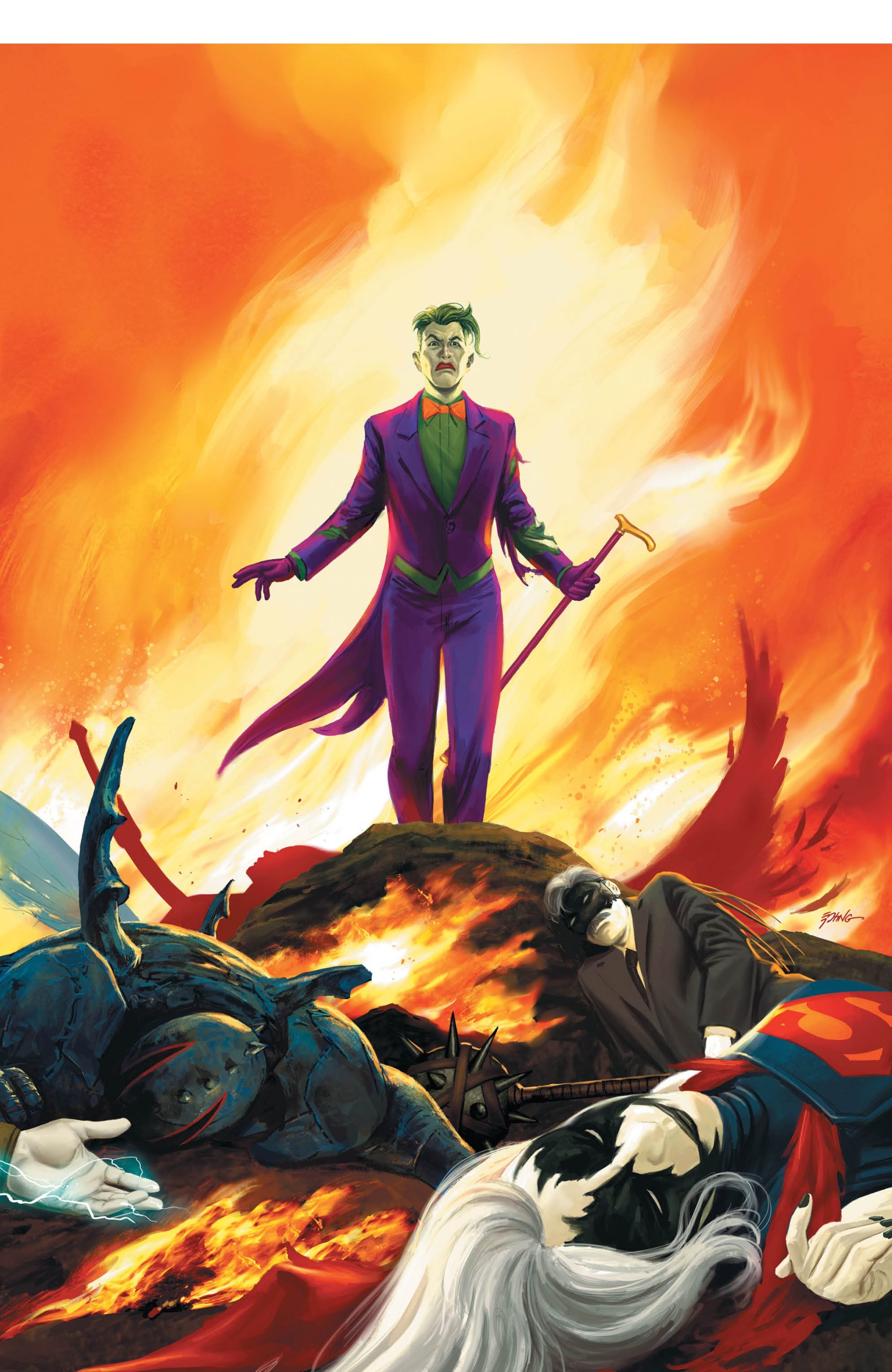 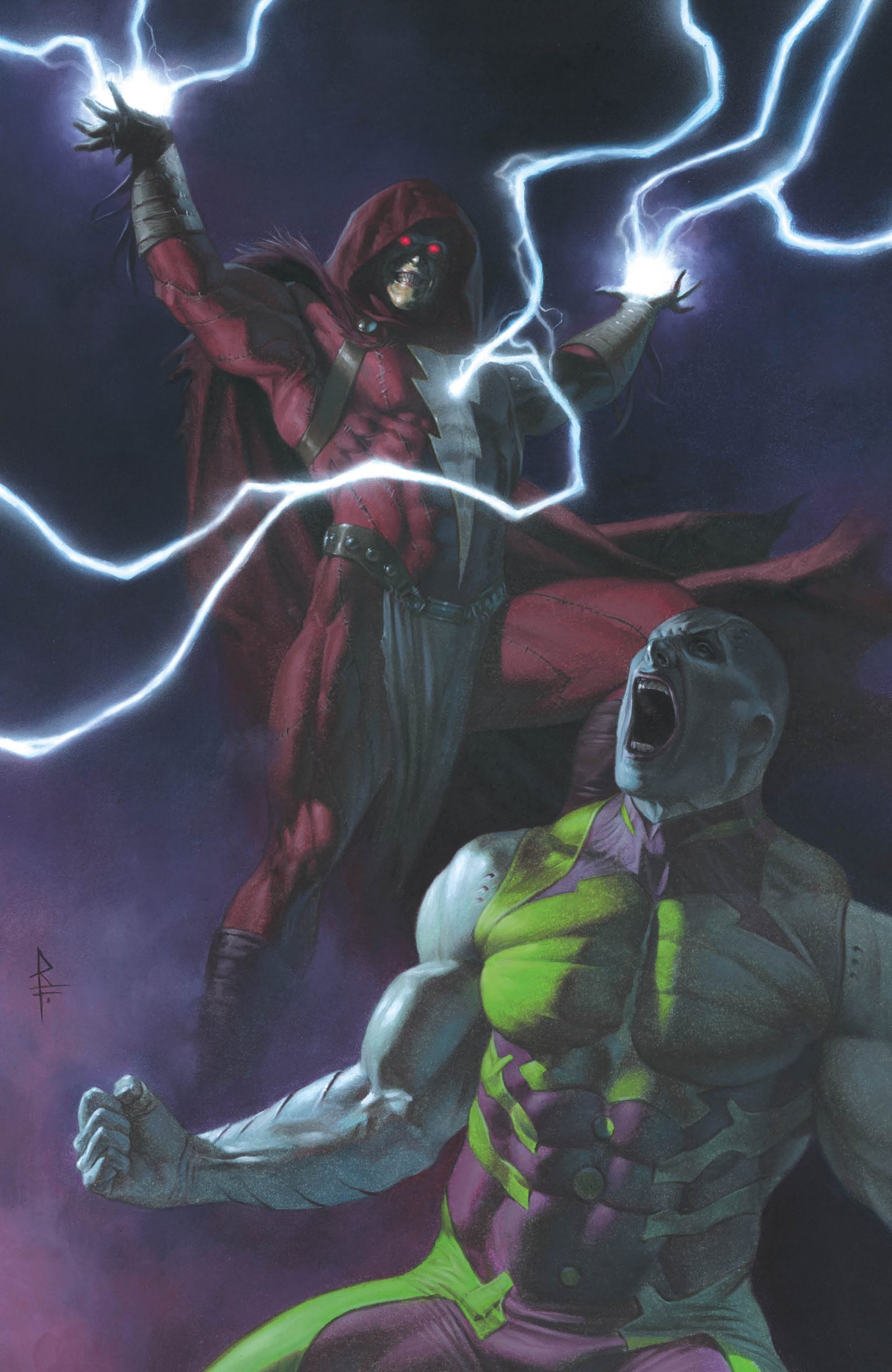 Once again Steve Epting and Javier Fernandez team up to create a seamless twenty-two pages of art. While the entire book is fantastic from start to finish, there are two pages that are particularly noteworthy. When Lex Luthor invades the Joker’s brain, there’s a distinct artistic shift into the psychedelic. The paneling becomes less conventional as the art becomes more surreal. Seriously, it looks like a bad acid trip, as Lex transverses the Joker’s mind to find information on TBWL’s toxin. Overall, it’s brilliantly macabre.

Year of the Villain: Hell Arisen #3 is another chapter in an ever-growing story – a story that might be getting a bit too big. At the risk of validating the Joker, he makes a good point when talking to Lex in this issue. He states, “The scale of this thing… of your whole new state of being. It’s too big. Our stories don’t work when they get this big.” It’s hard to imagine things going back to normal after all of this change. Lex’s arc has been wild over the past few years, and it only seems to be getting larger in scope. While Snyder and Tynion are currently making the impossible work, I do wonder how long they can keep up this level of grandeur and intensity. Nevertheless, this issue is fun. It’s good. Plain and simple.

Final Verdict: If you’ve liked the past few years of Justice League get this book.