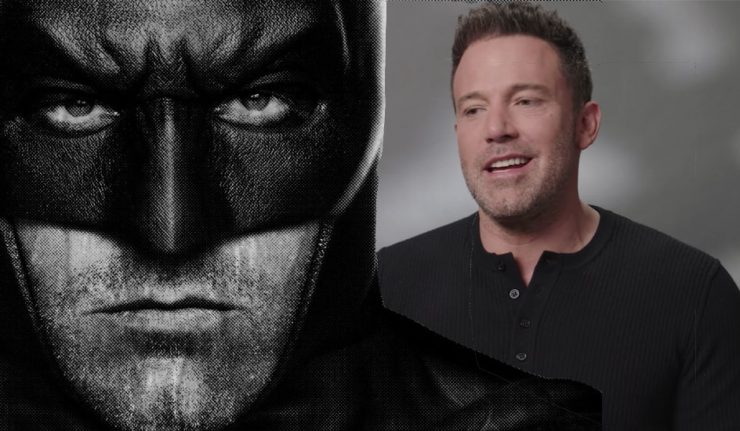 Ben Affleck gave us the most comics-faithful big screen comic book adaption of the caped crusader when he punched his way into cinemas back in 2016. As part of his promotional commitments to his latest film The Way Back, he talks at length about the characters he’s played over his career. Towards the back end of the interview he talks about his time working with Zack Snyder and compares the experience of playing the Dark Knight in both Batman v Superman: Dawn of Justice and Justice League. Over the last few years momentum has grown from fans, and more recently from some of the DCEU cast, calling for Warner Bros to release the #snydercut of Justice League.

In the interview, Ben Affleck takes us through why he was initially interested in playing the Batman, and why in the end he didn’t end up making the solo Batman film that Matt Reeves is now in the drivers seat with, starring Robert Pattinson. When watching the interview below, if you want to fast forward specifically to his commentary regarding the DCEU, then go to the 18 min 20 secs mark.

The pitch came when Zack Snyder told Affleck that he wanted to create a story in line with the iconic Frank Miller persona of The Dark Knight Returns. An older, broken down, vulnerable Bruce Wayne who had fought crime for years and is in a battle with his own mortality. The key for Affleck was bringing that story to life.

Affleck goes on to say:

I had a better time on Batman v Superman, which I really enjoyed doing, and Justice League was unfortunately like, you know touched by personal tragedy and (a) death in Zack’s family, and it’s just like I say, sometimes things sort of work and gel and sometimes they just… you seem to be just having one problem after another. You know I really loved Batman v Superman and Chris wrote on it, and I really loved Zack and I loved putting on the costume and the idea of doing the digital alteration to the voice was really interesting to me. I had a good time, I love Detroit it was a really fun city – a really cool place – you know my kids came out to visit me and saw me in the Batsuit…

The expression on Affleck’s face when talking about his first experience in Batman v Superman seems reflective of good memories and a unique experience. Even with mixed reviews from some fans, my personal take was that it was a brilliant film that drew on multiple sources of inspiration creating a deep, gritty, yet impactful world.

Comment below and let us know what you think. How did you rate BvS and where does Ben Affleck stand in your ratings, when it comes to his persona of Bruce Wayne / The Dark Knight?