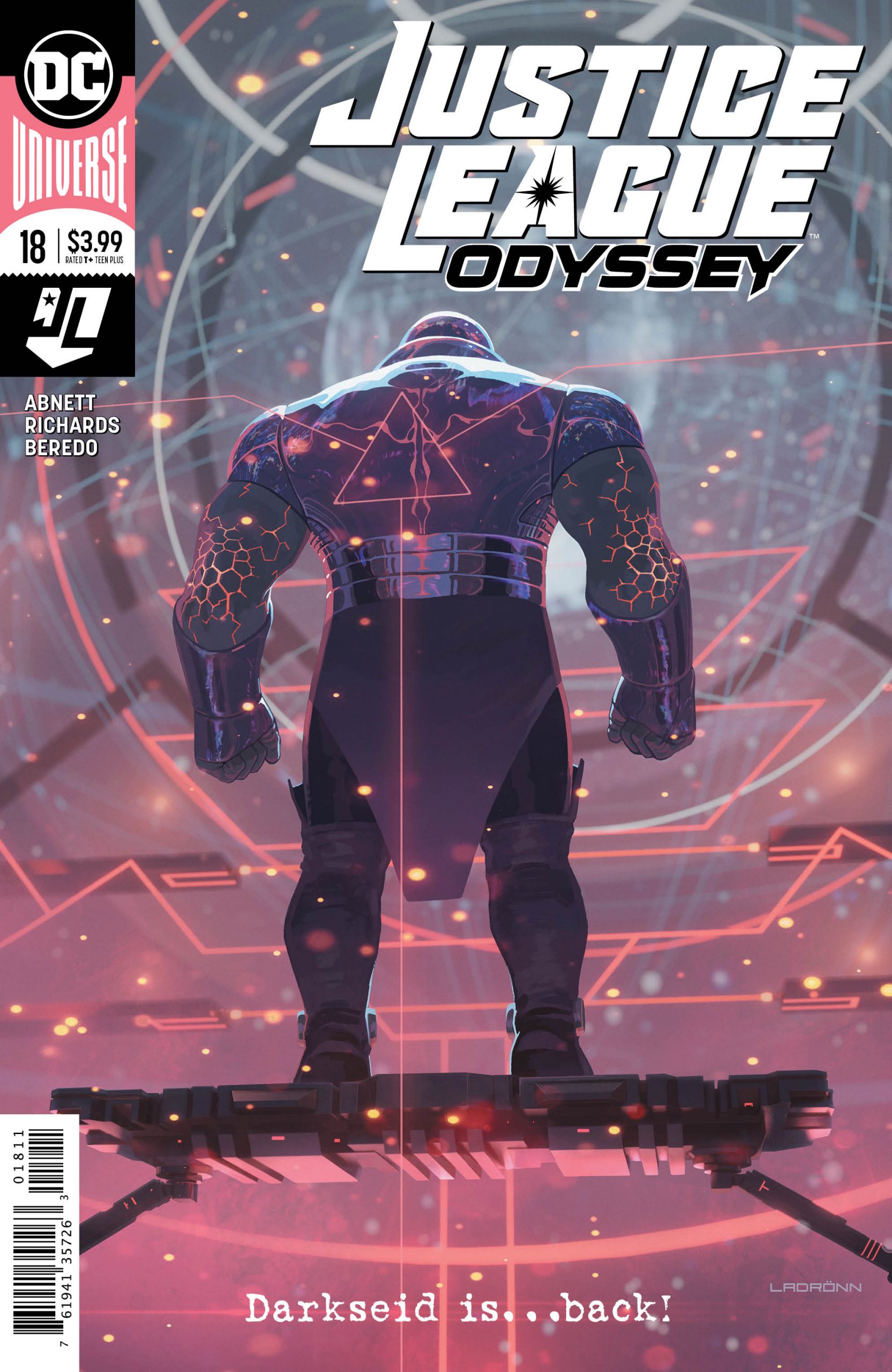 In Justice League Odyssey #18 Green Lantern Jessica Cruz and the new JLO have their first encounter with their lost friend Cyborg. Will Victor Stone’s hidden messages be the clue to releasing him from Darkseid’s deadly grip, or is Vic gone forever? How much is Jessica willing to risk to save her old friends?

It turns out that Gamma was sent by Epoch, who seems to be having some sort of “time equilibrium” problem in that he is existing in all time frames, and not in a stable way. To me this reeks of a concert of books in the DC universe ranging from the latest JL issues to even the current Dial H for Hero series. I get the impression from the Easter Eggs in all of these books that DC is about to hit the “Control -Alt-Delete” sequence to the Universe.

With so much going on in the Multiverse, it stands to reason that Epoch is going to do something at the edge of the universe that will have a ripple effect.

Cyborg has become a shadow of his former self and Jessica is going to great lengths endangering the team to get him back. The familiar Vic acknowledgements are diminishing, while the Mother Box pings are coming with more frequency. Speaking of Mother Boxes, it’s amazing how Jessica Cruz, someone who was once shy and agoraphobic, has become quite the thorn in Darkseid’s side. Imagine that… and also note that Dan Abnett has really provided a great leadership style for her in his stint on JL Odyssey. 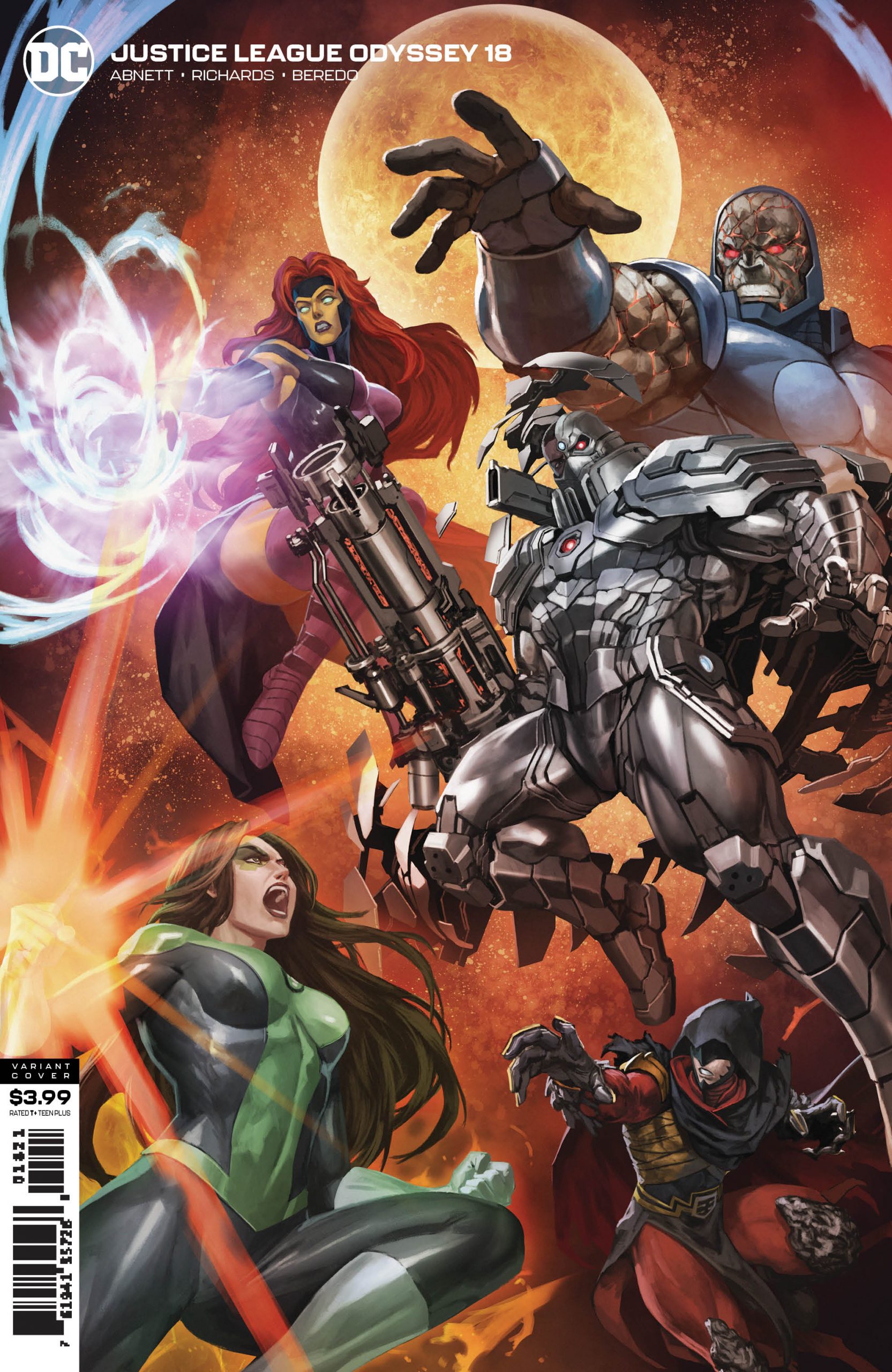 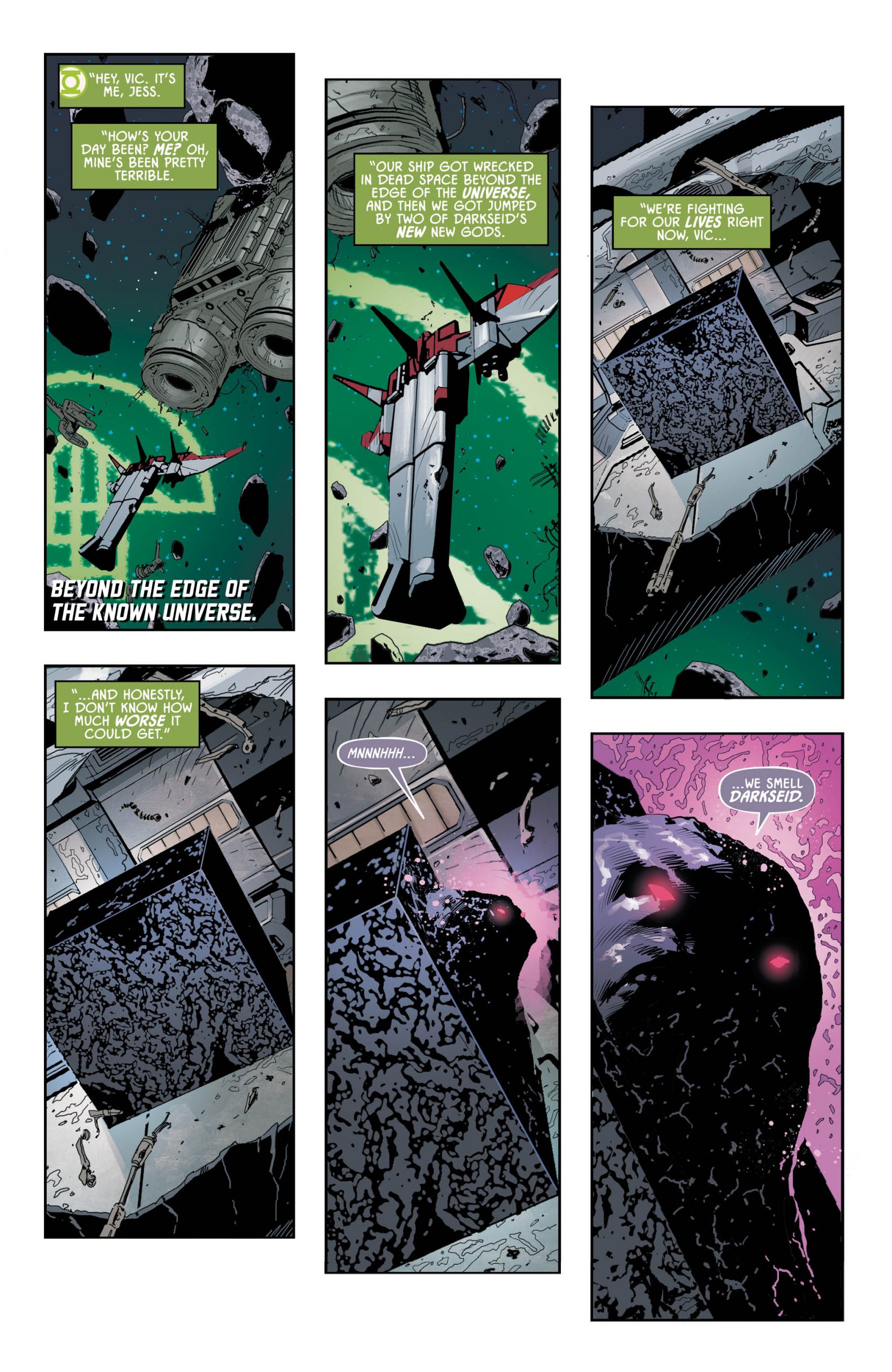 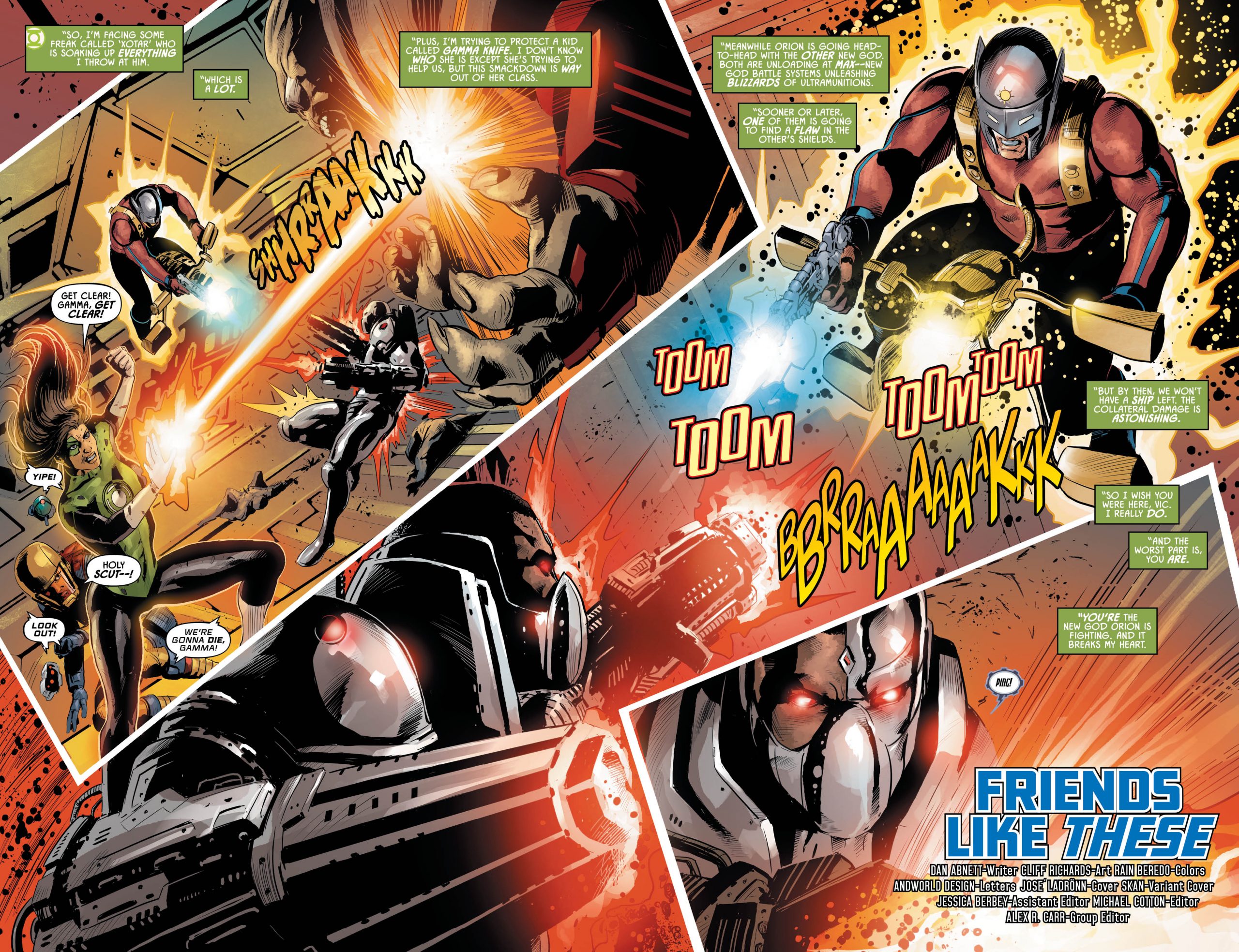 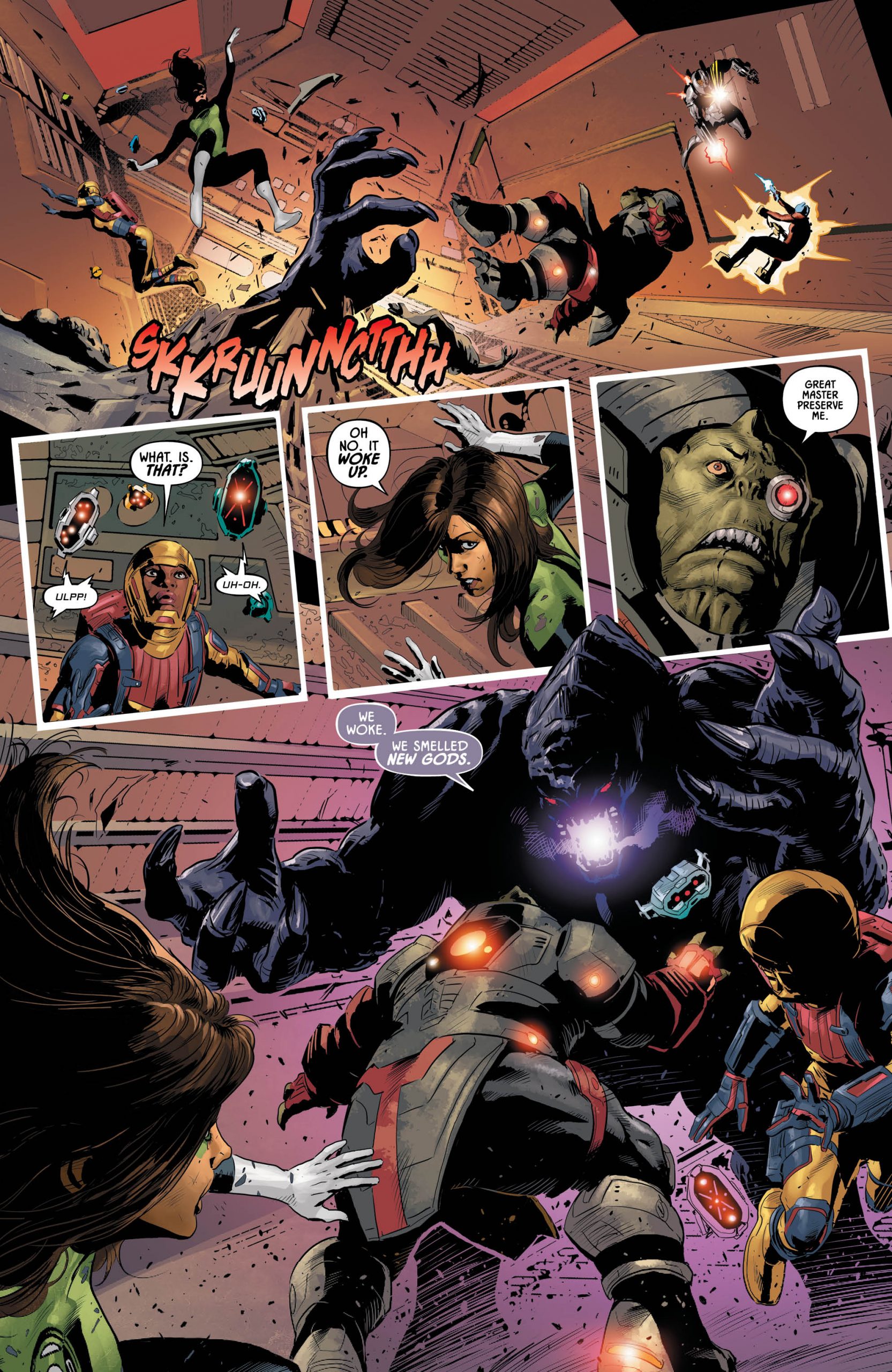 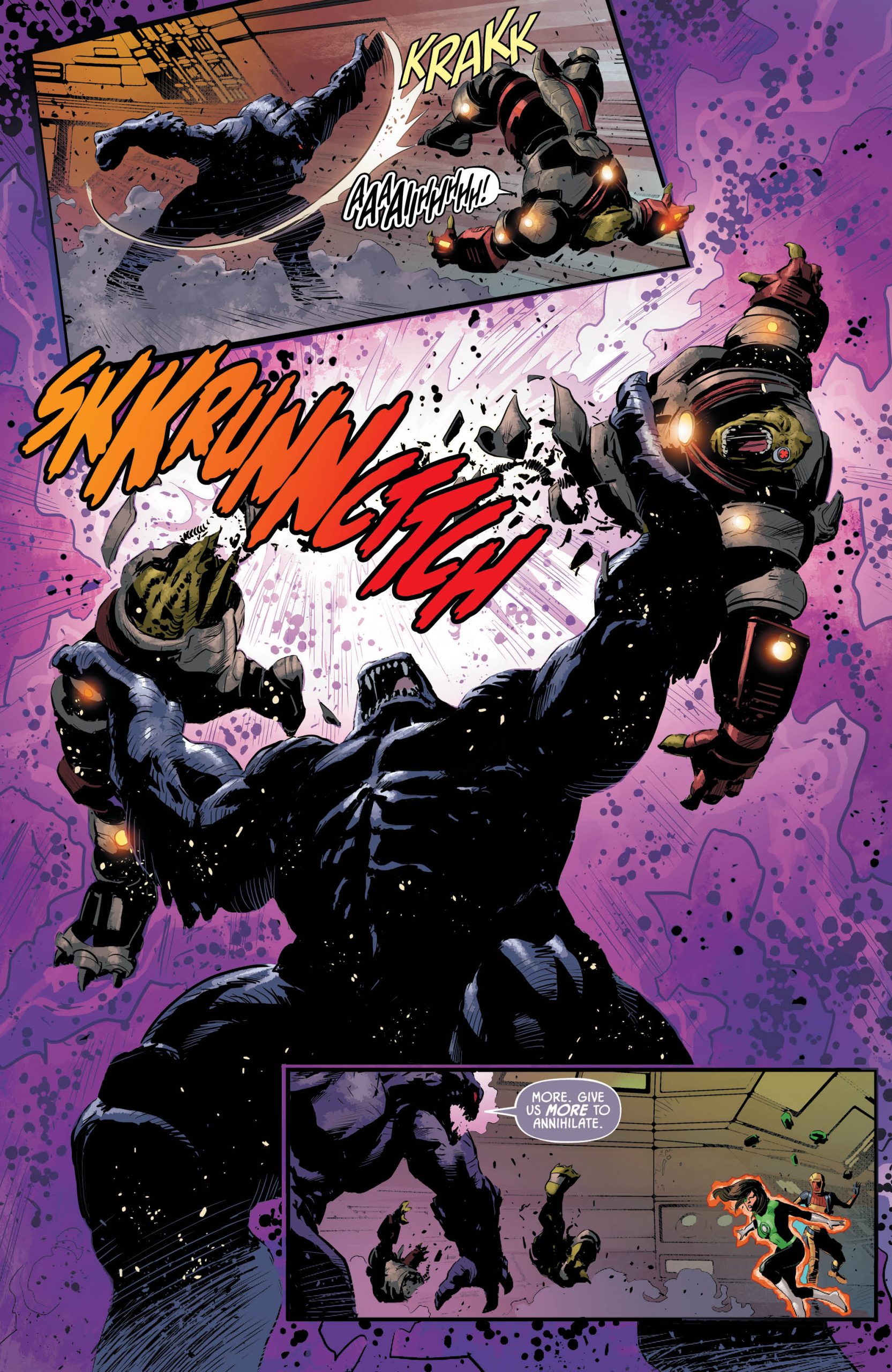 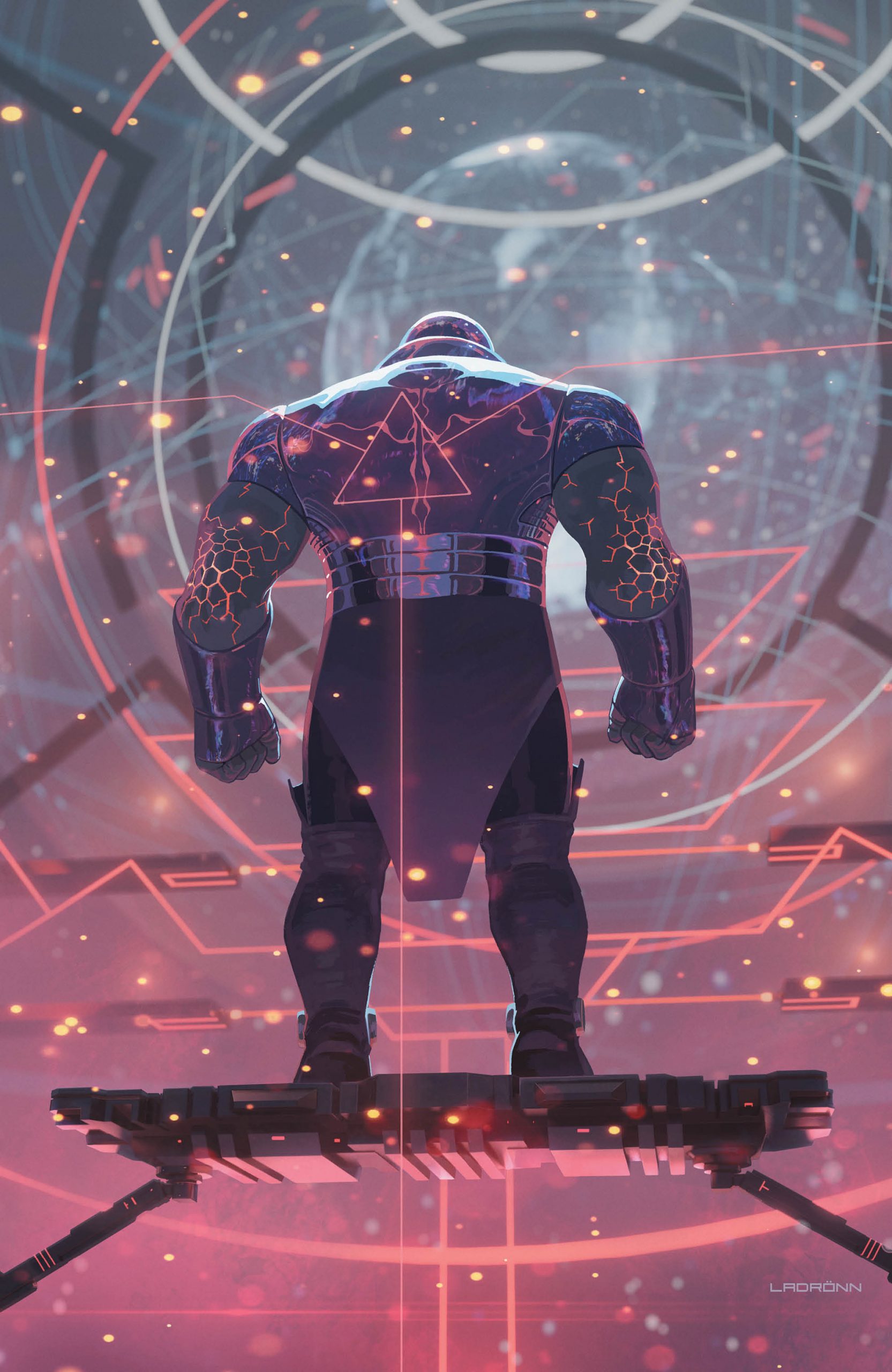 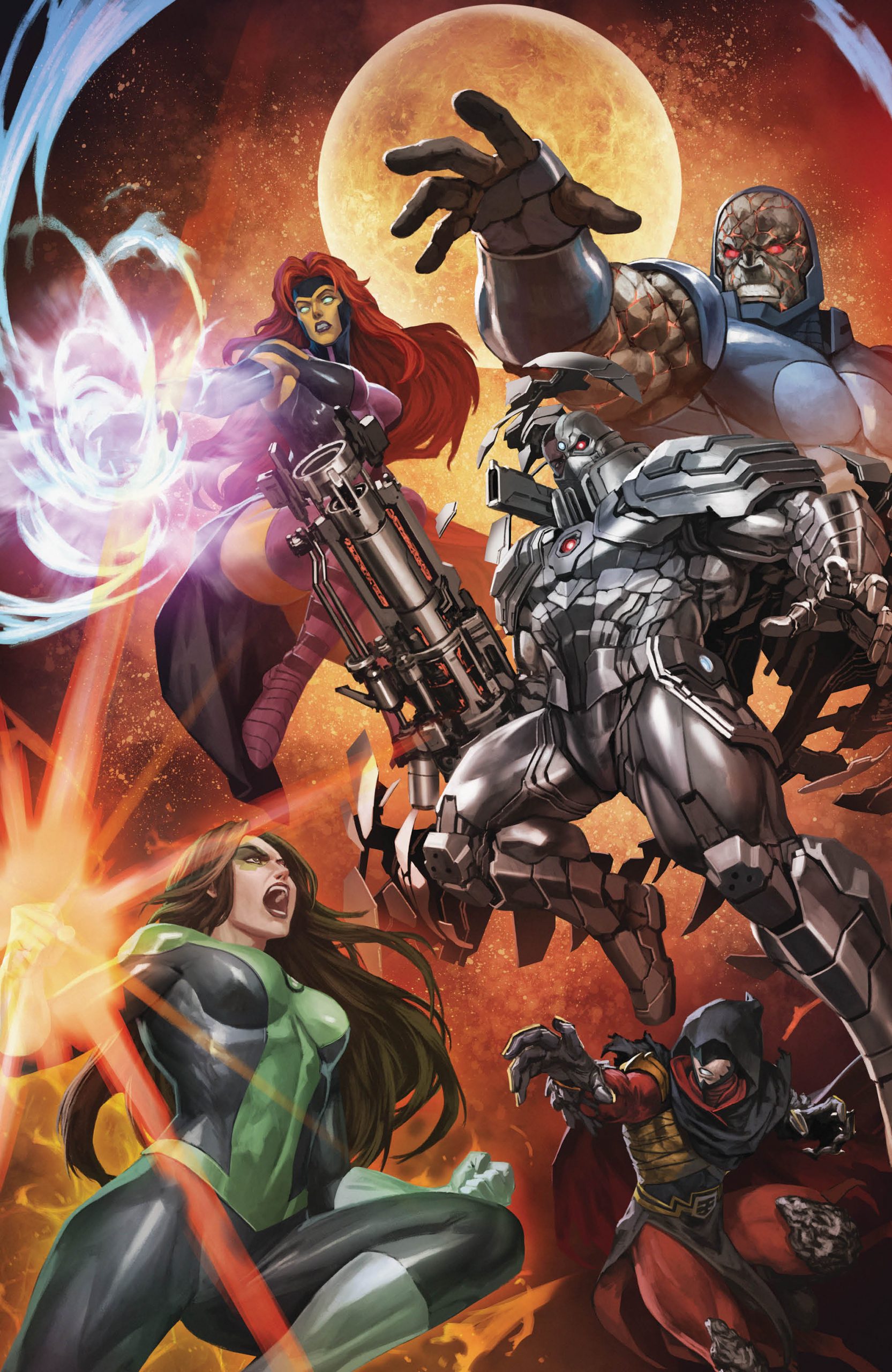 Orion’s a bit perturbed at her, due to her allegiance to Cyborg. Only time will tell if Vic can be saved as the conclusion of the book doesn’t look good for him nor for the rest of the original JL Odyssey team.

Cliff Richards does some really imposing work on the renderings of the New Gods.  Starfire, Azrael, ShadowHeart and Psukot….along with what appears to be Cyborg. Whew! Pair this with the Batman Who Laughs virus that Commissioner Gordon is spreading on Earth, and it truly is The Year of the Villain.

His time and conversation jumping were a bit “out there” but allowed for some truly some creative writing which let him to both image jump, word jumble, and generally provide some comic relief!

This series provides a spotlight on some “lesser known” JL members and, as usual, I am a big fan of Jessica Cruz and her journey. Once again, this is another series that’s well worth reading and Justice League Odyssey #18 is well worth the price of admission, just for finding clues as to what the DC Universe’s writers are planning.